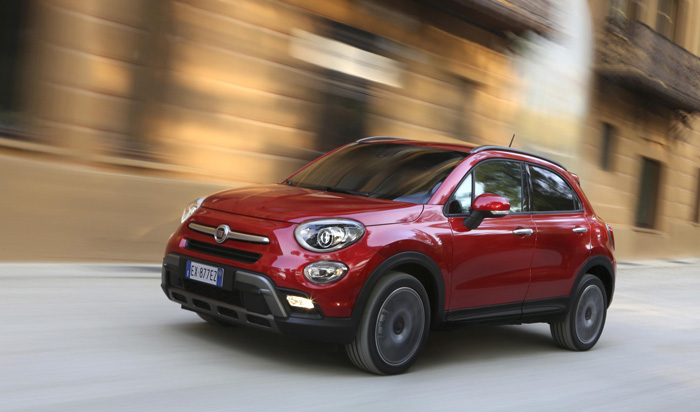 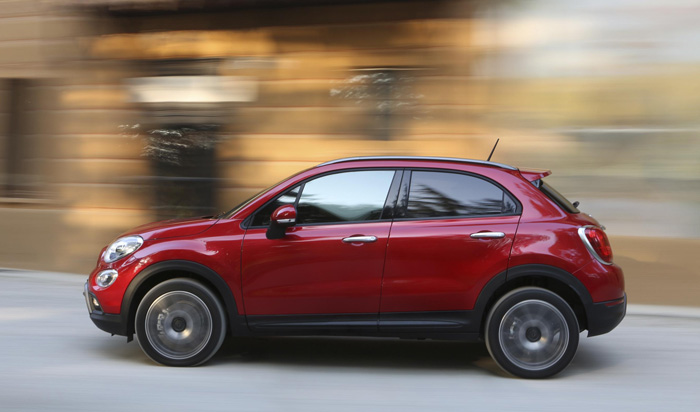 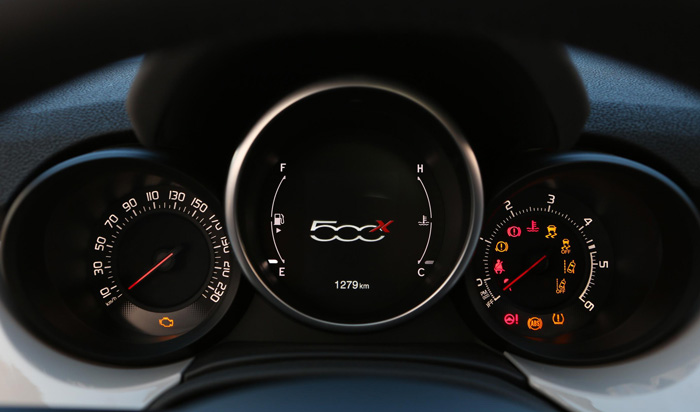 It's the Fiat 500X - something, in truth, of a no-brainer for Fiat. Blend the money-printing 500 city car's styling cues with a crossover body. Garnish with a price range covering basic Nissan Juke to flagship Qashqai money, and serve.

Can't argue with the business case, but the looks...

Granted, the 500X's chunky appearance won't be everyone's brand of coffee, especially as the cramped and dynamically-wanting 500 has always mainly traded on its cutesy retro looks.

If the heavy-handed plastic bumpers and rough-and-tumble ‘I am too a real 4x4' look offends you, there's a cleaner-looking 500X with regular body-coloured bumpers which, in the metal at least, doesn't look nearly as bloated as you might fear.

The humped rear's a tad Kardashian-esque, but it hides a decent-sized 350-litre boot. In fairness, the 500X is quite a clever design, dotted with 500 touches but with an identity all its own. After all, upsizing iconic design details onto a bigger car can be a nightmare (cough, Cayenne, ahem, Countryman). This thing could well be Fiat's Evoque.

So is Fiat going to do a five-door 500 without the crossover bits?

Nope. Not at the moment, anyway, and that's because underneath, this isn't a Fiat 500 at all. The 500X actually shares a platform with the Jeep Renegade, albeit with different suspension settings because the Fiat doesn't need stellar off-road ability to please American enthusiasts.

You can have your 500X with all-wheel drive in the ultimate ‘Cross Plus' version for an eye-watering £25,845 if you'd particularly fancy a depreciation black hole, but Fiat expects at least 80 per cent of UK sales to be front-drivers. The range starts at a more sensible £14,595.

Thanks to the Jeep platform-sharing agreement, you can team the all-turbo four-cylinder petrol and diesel engines with either a six-speed manual, six-speed dual-clutch or nine-speed automatic gearbox. Yes, nine gears in a Fiat 500.

You wouldn't want to, though. The nine-speeder is only available with the all-wheel drive 138bhp 2.0-litre diesel version, which is far from the version of choice.

Riding on 18-inch wheels, that car crashes over ridges in the road, and generally feels a bit agricultural. Though the 500X feels tautly suspended, it doesn't remain particularly flat in cornering.

The nine-speed box is a mixed bag, too. The changes themselves are impressively smooth and fast, but if you start paying attention to the readout on the funky digital instruments, you spot it rarely settles into one gear, often hunting for an even longer ratio in a desperate attempt to make the 51.3mpg claim a vague possibility.

Is it worth it for the off-road bragging rights?

Are you really going to take your 500X green-laning? Exactly. Should you venture into a particularly sticky section of playing-field car park, the 500X proves passably adept - it hesitates for a second as drive is shuffled between wheels, then on you plod.

Its sister car, the Jeep Renegade, is a much more sophisticated mud-plugger though, and remains the off-roading crossover of choice. Fiat's global chief Olivier Francais betrayed the 500X's true intentions in his presentation to the gathered media, by noting the 500X's 179mm ground clearance is "perfect for those particularly steep car park ramps". Quite.

So which is the version to have?

Fiat expects the 1.6-litre turbodiesel will do the legwork in the UK, and it's fit for purpose if a bit too grumbly when accelerating. But the surprise pick of the bunch is the peppy 1.4-litre turbo petrol motor. Good for 138bhp, it has a real zip to its character - it actually feels Italian: all eager and energetic. The six-speed manual shift is an enjoyable one too, much better than the little 500's change action, in fact. The whole powertrain is a cracker.

In Sport mode (there are also Auto and Off-road settings to alter steering, ESP and throttle response) the 1.4 engine even sounds the part, but you're also saddled with a dollop of unwanted ‘sporty' steering weight attacking you through the fat-rimmed wheel.

No matter which powertrain you pick, the car still doesn't respond to direction changes with the alacrity of a Mini Countryman, and the ride's pretty stiff in town even on the smaller 17-inch rims. But next to a Mokka, Yeti, or Qashqai, the Fiat doesn't offend dynamically. You're buying it for the looks anyway, aren't you?

In that case, you can seat a six-foot passenger behind a same-sized driver, the rear bench is flat so the middle passenger has no cricked neck worries, and you get a passable amount of storage space in what is a cheery, well-finished cabin. It upsizes the 500's retro interior ambience much more successfully than the ogreish 500L minivan.

It's a pity the cool-for-school styling has rendered the rear window a letterbox, and the pillars are pretty thick too. And worse luck, Fiat seems to have employed the same individual who designed the 500 city car's attractive but uncomfortable seats once again. The 500X's front chairs sorely lack support, and the headrest is still a rock-hard pebble.

Sounds a bit style over substance...

Well, yes and no. The 500X does all the crossover-y things it ought to well enough to please most small families, and has a cheeky charm that the other Euro-boxes can't match. But the stiff damping and the cabin flaws might start to grate during the daily grind.

The 500X is a little more expensive than most rivals - which it counters with more kit - and we still need a go in Britain to investigate its busy ride. The jacked-up hatch game just got a lot trendier, but the 500X isn't as complete a family runaround as some of its talented rivals.