Ford Transit Trail review: a van with a Quaife diff 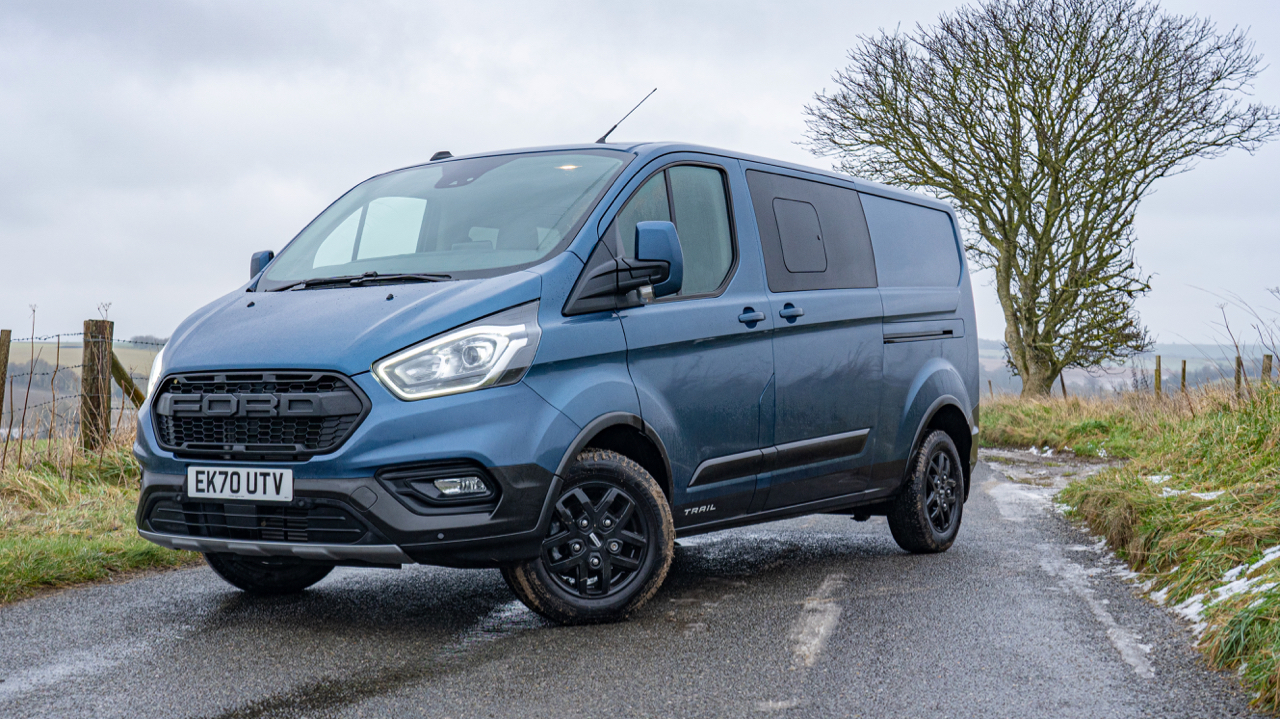 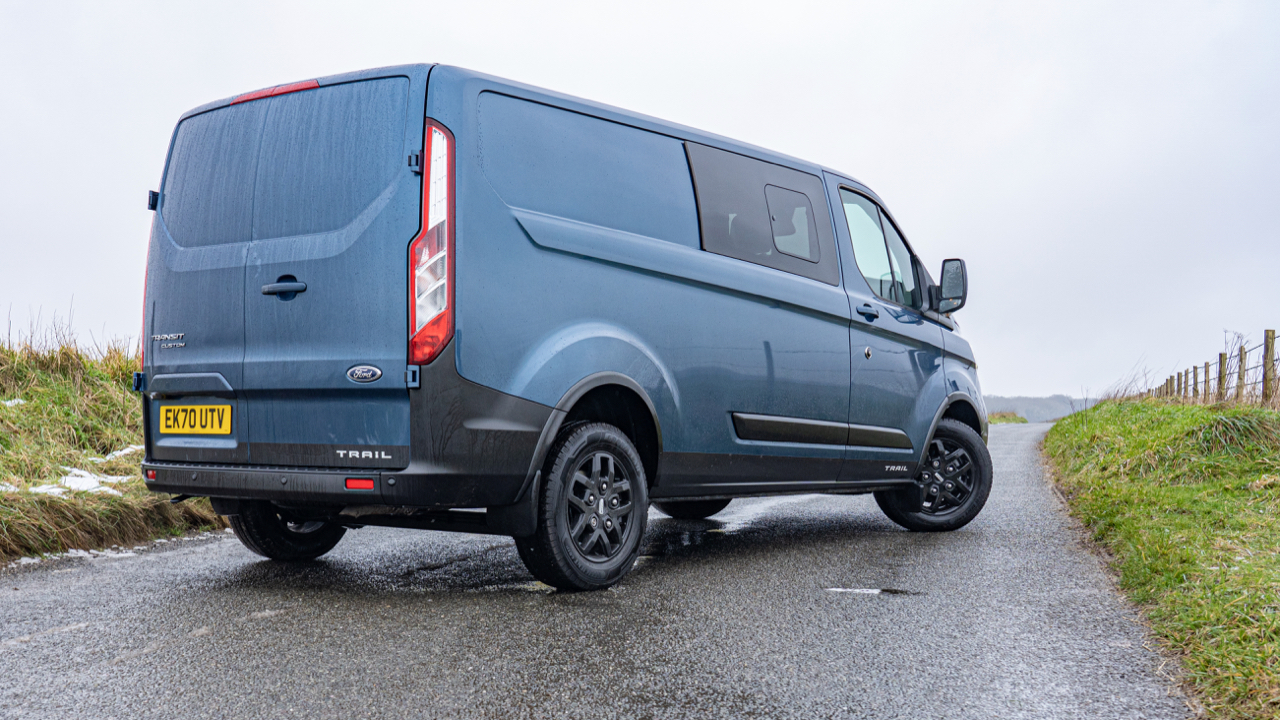 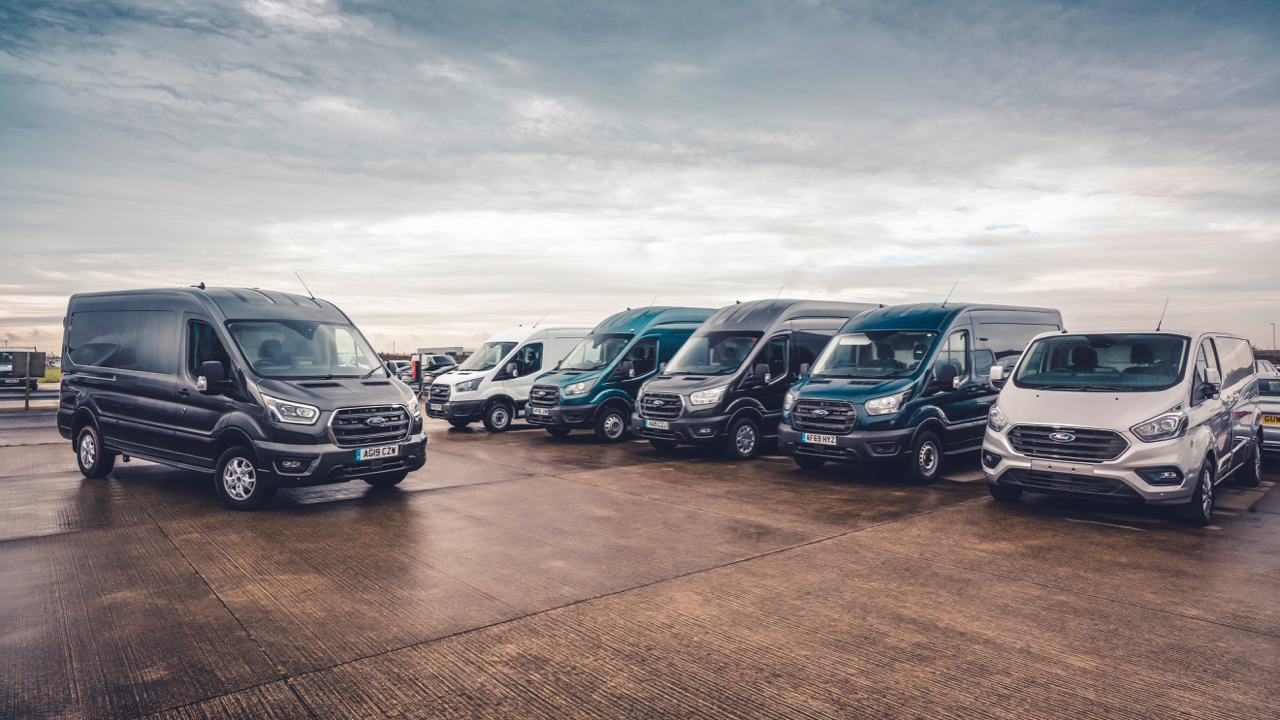 Hang about, do I detect a whiff of lifestyle about this good, honest van?

You do. It appears, rather belatedly, that Ford has realised Volkswagen is on to something, given the massed ranks of VW T5 vans seen at bike parks, watersports centres and everywhere else that people wear ‘technical clothing’. This is Ford’s answer: new Trail and Active versions of the Transit and Transit Custom.

Wait up, what’s the difference between the two?

You know how car model ranges are complicated by Sportback this and Coupe-SUV that? Well, they’ve got nothing on the complexity and range of van line-ups. Ford’s Transit range is divided by size (in ascending order: Transit Connect, Transit Custom and plain Transit) and then sub-divided by bodystyle (which for the two larger Transits is regular cab, double cab and Kombi – like a double cab but with no load partition and glass in the back doors).

Then there’s the wheelbase choice, the… look, I could go on, but I won’t, because I’m already on the cusp of losing my way. So, active lifestyles. To appeal to these people, Ford has launched Active and Trail versions of the Transit Custom and Transit. The Active is mainly a bit of body cladding and some glossy wheels, but the Trail we’ve driven here goes further.

That's only an option on the big Transit. Limited-slip differential, that’s the main change – and developed by no less an authority on differentials than Quaife. There’s a host of other stuff going on, which is mostly cosmetic, but the bold ‘FORD’ grille gives the Transit a hint of Raptor, even though it can be partnered with a 130bhp engine, which I’d presume when fully loaded barely has the gumption to get out of its own way.

Other engines are available, surely?

Yes, some of them with mild-hybrid tech. But they’re all diesel, with up to 185bhp. This one has 170bhp, and it’s fine. Not as quiet and placid as the equivalent VW Transporter, but a decent turn of pace if it’s just a couple of you and a pair of bikes in the back. It redlines at nearly 5,000rpm, but I’m not actually sure it’ll get there. The sweet spot is 1,800-3,200rpm, and once beyond 4,000rpm it’s like you’ve run into a deep puddle. Big shout out to the six-speed manual gearbox though – it’s a sweet-shifting honey. No, you can’t have an auto.

The binnacle it’s mounted on doubles as a convenient brace for your left knee if you get carried away with your cornering. Which you just might, because this is a van that likes to engage with its driver. There’s no steering feel, which can be a bit disconcerting when you’re turning into corners (VWs are more connected), but once into them it’s good news. The Custom is planted, stable and enjoyable. Better ride control than any rival I’ve driven, even unladen.

I suspect it would behave even better with a decent wedge of weight in the back. Empty, the back axle feels light, springy and less than entirely grippy. At the front, that diff does what it’s supposed to – delivers traction and confidence coming out of corners.

But does it make it more of an off-roader?

Not nearly as much as fitting a set of ‘proper’ tyres to it would. But yeah, it will stop one wheel spinning all the power away when you ambitiously attempt to follow a JCB across a muddy building site. Beyond that, it’s just a bloody useful bit of kit.

What do you mean?

Well, for starters it seats six – and in reasonable space, if not style. I’m not quite sure how Ford can get away with describing this trim as leather, as it blends in rather too well with the otherwise all-pervasive plastic cladding, but at least everything feels like it could be wiped (if not hosed) clean. So no, it’s not as tactile or attractive inside as a VW and there’s more noise from the engine.

But the partition behind the second row of seats adds useful stiffening to the whole frame, reduces noise cavitation and only really stops you carrying canoes inside. The space behind the outward-opening van doors is still nearly six feet long, wide and high, and that gives a volume measured in cubic metres rather than litres. You could turn it into an office, add shelving and a desk, let alone bike carriers. Just bear in mind this Transit Custom is an L2 H1 – that means it has the longer of the two wheelbases, but the lower roof height.

Anything else worth knowing?

The seats are flat and have zero side support, the big wing mirrors are great for visibility, but the glass trembles slightly in the wind – and you won’t be short of stowage. There’s 16 cubbies and cupholders up front.

It also eats distance with ease. Keeps up with traffic, pulls just 1,750rpm at 70mph and returns 35mpg, which means fill-ups every 500 miles. The official claims are 40.4mpg and 183g/km. Hybrid? Ford does do a plug-in version, but it’s expensive (£44,055) and only available as a pure van – no double cab or Trail version yet.

Then there’s the matter of what this Custom Trail does actually cost. Now, it does get quite a bit of kit included as standard, although it’s pretty low-level stuff for the most part: air con, electric folding door mirrors, auto lights, front fog lights, auto start/stop, ESP and a Quickclear windscreen. But if you want to actually make it more habitable, you’ll at least want the ICE Pack 25 fitted to our test car. Nope, not a hidden chiller compartment full of cold compresses for twisted ankles, but a £912 pack that brings adaptive cruise, DAB radio, two USB slots, eight-inch touchscreen, nav, lane keep assist and Android Auto/Apple Carplay integration.

It’s more utilitarian than a VW, and although it still doesn’t have its rival’s kerb appeal, it’s cheaper, there’s more choice and it drives sweetly. Personally I rather like it, but would still have a Veedub instead – but then it doesn’t have to double as a work van for me. This is a strong step in the right direction, Ford. There’s more to the Trail than just the cosmetics.