£27,300 when new
Read why you can trust our independent reviews 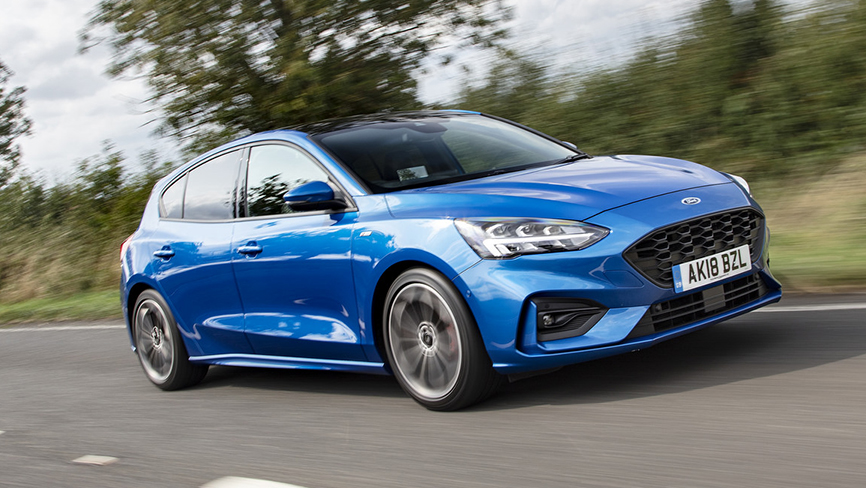 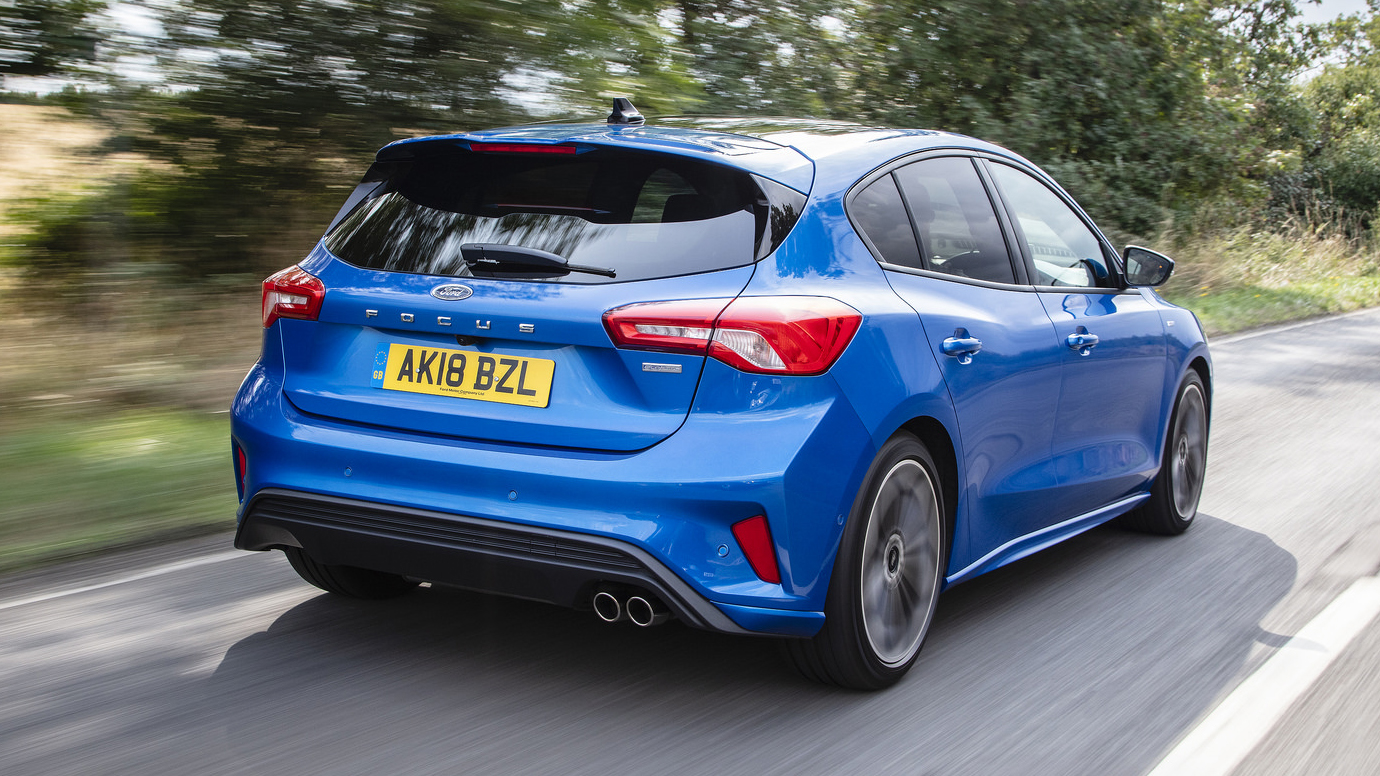 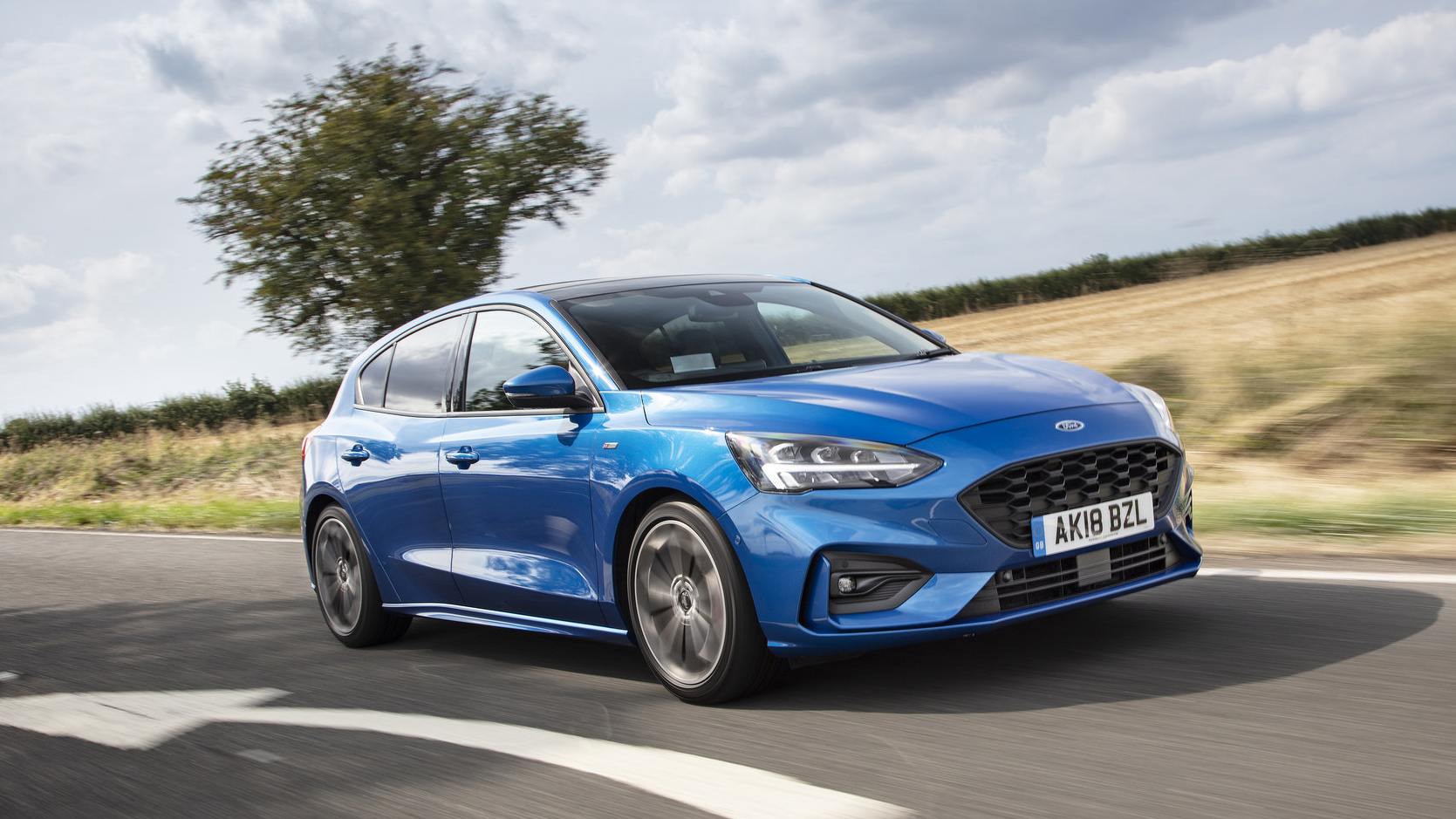 It is indeed, much like the Puma crossover and recently electrified Fiesta. The more powerful versions of Ford’s 1.0-litre turbo EcoBoost engines now have a zap of 48-volt starter-generator to smooth over any turbo lag and let the engine sleep for longer in traffic.

There are two choices of power: the 123bhp version, or the 153bhp EcoBoost Hybrid. This is the latter. On overboost, it thrums out 177lb ft of torque. Slotted into the Focus, it’ll deliver you from 0-62mph in 9.2 seconds. But it actually feels quicker than that.

A warm hatch, is it?

Nothing that exciting, but this is a cheerful engine in that willing manner that tri-cylinder engines often are. It’s very keen to please. You get a little icon on the dash screen to tell you when the stored energy is boosting the engine, and it’s actually very responsive. There’s none of that sense of ‘big car with a little engine’ you might expect.

What’s more, the system will kill the engine – even if you’ve got the clutch pedal pressed – when coasting below 15mph, eking out little fuel savings. We averaged 45mpg over a couple of tanks of petrol, with range of over 400 miles possible. That’s some way off Ford’s average claim of 53.3mpg, but still respectable economy from a turbo-petrol family hatch.

Can I have an automatic gearbox?

Nope, the hybrid Focuses are manual only. But it’s a very slick, satisfying shift if you like that kind of thing. And if you don’t, the hybrid system’s extra torque will save you several gearshifts if you’re feeling lazy.

In the smaller Fiesta, the 123bhp version of this engine is just fine, but for the bigger Focus we’d side with this 153bhp version. It’s only £320 more expensive.

Isn’t the rest of the Focus starting to age a bit now?

This whale-shark mouthed generation has been with us two and half years now, so it’s hardly ancient, but in that short time several of its rivals have all regrouped and rearmed. There’s been a new VW Golf and new Seat Leon. The latest Mazda 3 is almost unbelievably good. On the cheaper scale, you could have a Skoda Skala, and there are posher choices in the form of the newly front-drive BMW 1 Series.

But you know what? Ol’ faithful here is holding its own. While the new Golf and co have made a right old cock-up with their buttonless, smudge-a-rrific interiors, the Focus’s tactile knobs and switches are a welcome dollop of common sense. It’s got one of the simplest touchscreen and instrument display combos in the biz. And while it’s hardly what you’d call a looker, the sexier Mazda 3 isn’t as roomy.

As usual, Ford hasn’t forgotten the regular everyday duties where these kinda cars earn their corn. And neither has it given up on making cars that are more fun in the corners than they strictly need to be. Even a ‘normal’ Focus like this is a properly sorted bit of kit on a good road.

As a result, when we pitted the Focus against the much fresher Leon, we gave the Ford the nod. And that was before this hybrid cherry sweetened the deal.