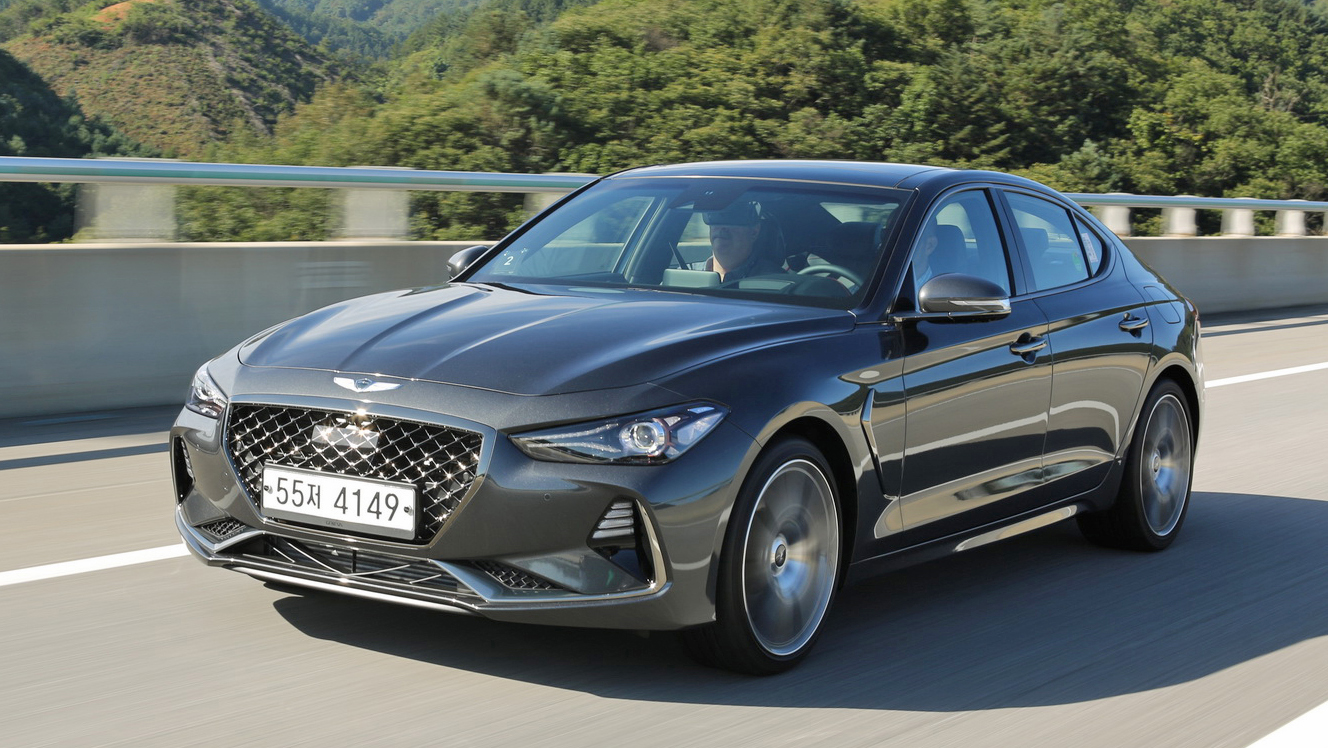 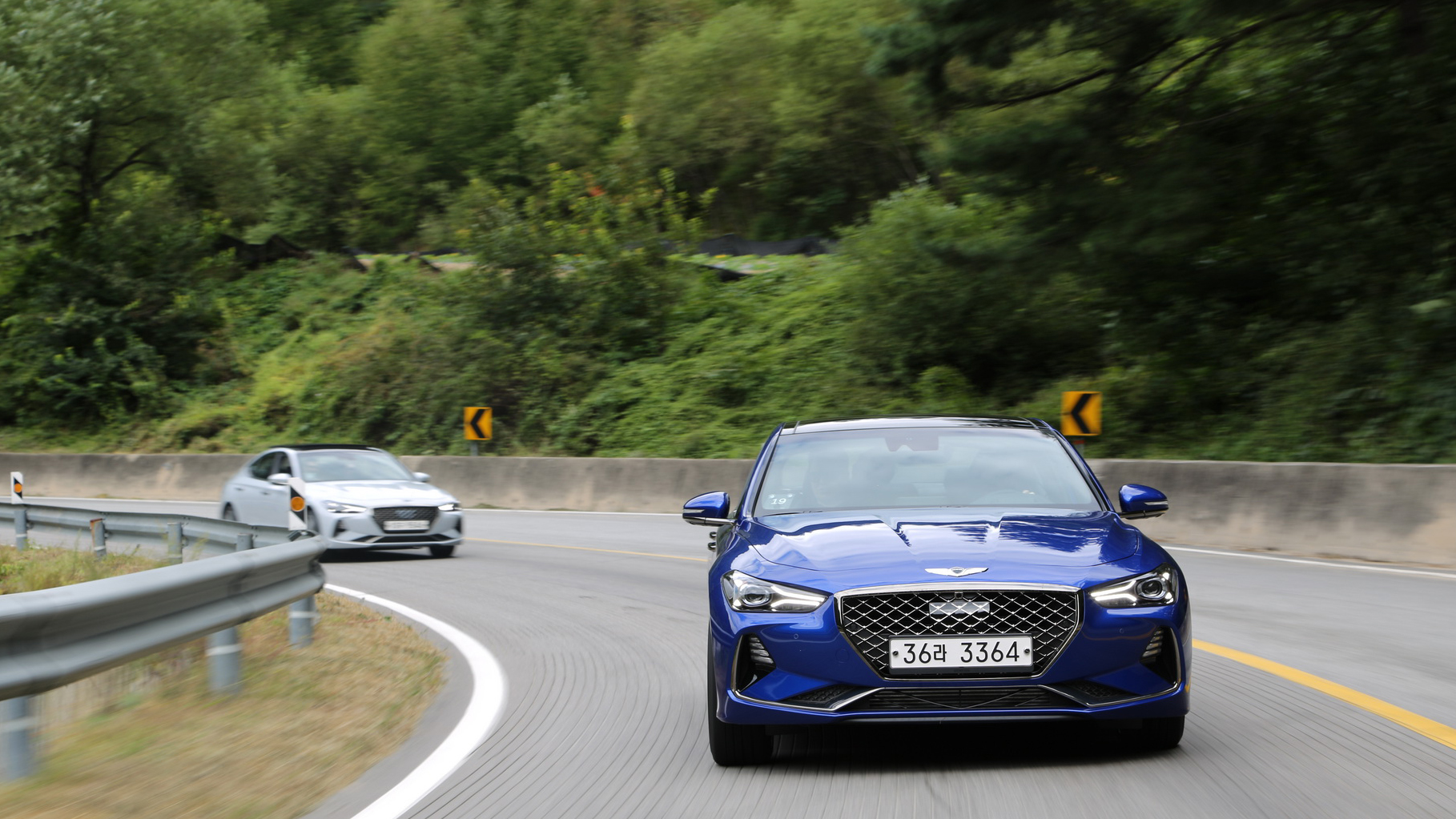 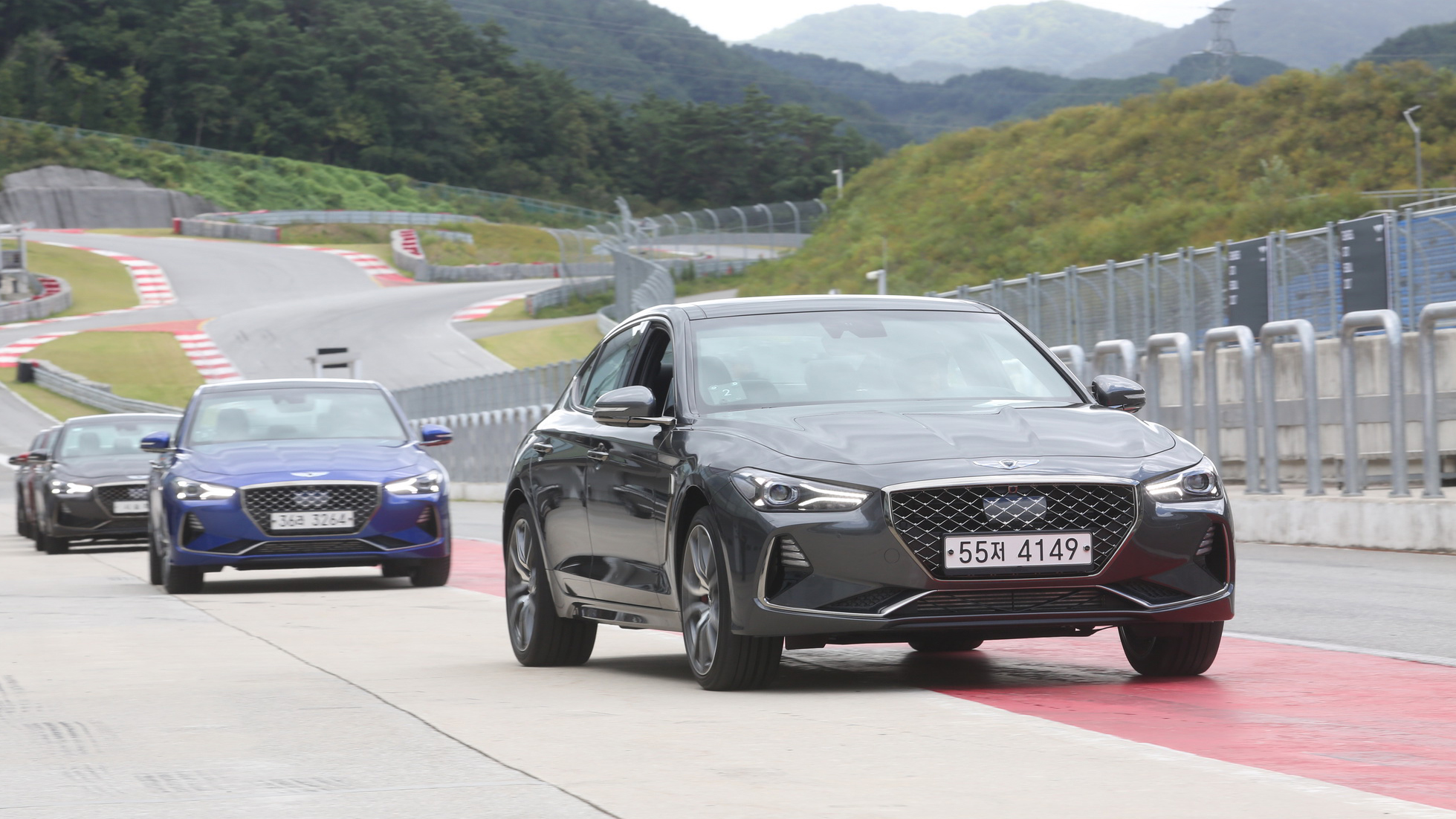 What the devil is a Genesis G70?

Ambitious, that’s what. It’s a small, rear-drive premium saloon car. So that makes it a rival for – deep breath – the BMW 3-Series, Lexus IS, Audi A4, and Mercedes C-Class. You only need ask the upstart Alfa Romeo Giulia and Jaguar XE how difficult it is to dent that segment.

Oh yeah, the Genesis has to fight those cars too. And, because it’s on sale in Asia and the USA, the likes of Infiniti, plus Buick, Chevrolet and Cadillac. See, it’s ambitious.

I’m still not clear on what a Genesis is, though.

In the beginning, there was Hyundai, and then Hyundai begat a luxury offshoot called Genesis after earlier success building a massive barge called the Equus. It's just like when Toyota created Lexus and Nissan dreamt up Infiniti.

Genesis, meanwhile, has been working its way down the posh saloon size chart, selling 150,000 cars in three years along the way. First we got a G90 (S-Class and 7-Series rival), then a G80 (E-class and 5-Series rival) and now the G70 has arrived to complete the Genesis triple-threat.

The marque has set deep roots in its homeland and the US market, and has won big on customer service surveys. So, the G70 is the classic move to snare younger, less wealthy buyers now the bedrock is steady.

A platform shared with the reasonably talented Kia Stinger for a kick-off, which means short overhangs, a stiff body, either rear- or four-wheel drive and the option of a 3.3-litre V6 ‘Turbo Sport’ version with 367bhp and a top speed of 168mph. That makes it faster than an M3, all out. It’ll knock off 0-62mph in 4.7 seconds along the way.

Like the Stinger GT then, but this isn’t supposed to be a sporty Audi S4 rival. That’s Kia’s job. Genesis is aimed at being far more refined, and techy. Which they might have overdone, a tad.

On Korean market versions, everything from a pop-up pedestrian-friendly bonnet and automatic highway driving assistance galore to the best ergonomic gimmick we’ve heard of in ages. Instead of setting the seat and steering wheel positions with different buttons then saving them to a memory button, the G70’s ‘Smart Posture’ function asks only that you tell the car your height.

It’ll then marshal the seat, steering wheel, mirrors and head-up display to a preset position that ought to perfectly match your body shape. Clever, if your G70 is destined for a household or workplace with drivers sized like the Evolution of Man chart.

You want more? How about launch control? No, not just for the Turbo Sport V6. The 248bhp 2.0-litre petrol G70 has getaway mode too. So does the 200bhp 2.2-litre diesel. All versions also score apex-seeking torque-vectoring. And a proper mechanical limited-slip diff. I’m not joking. Can you guess which German race-track the G70’s been putting the hard development yards in around?

There's plenty about the G70 that makes it feel credible and properly sorted, but it’s not the Nürburgring breeding that leaps out at you. It’s the refinement. Besides an Audi A4, no small saloon hushes up wind noise this well, and at a cruise you could fool yourself into thinking it's electric. The drivetrain is silent.

If you want it to make noise, it'll make a good one. The turbo V6 rasps as it revs freely towards 6,500rpm, at which point, like it or not, the eight-speed automatic gearbox will upchange for you. There's no defined manual mode, but clicking the wheel-mounted paddles gives a temporary override.

Left to its own devices, the transmission is logical and smooth, and quick enough if the G70's aiming to match the claimed 4.7sec 0-62mph time. It feels properly punchy in the ebb and flow of Seoul freeway traffic. No mean feat, given the all-wheel drive variant weighs a hefty 1,820kg.

Does it look and feel suitably ‘watch out, Europe’ inside?

Tell you what, someone at Genesis has had a sit in a Bentley Flying Spur recently. They’ve observed the winged steering wheel emblem, the diamond-quilted seats and metal-rimmed switchgear and thought “yes, we’ll do…all of that.”

The G70’s cabin is tightly put together and it's laid out with a very Germanic logic. Three guesses why. There's plenty of plastic doing its best impression of knurled or brushed metal, but the leather is supple and smells more expensive than we're used to in Korean cars. It'll struggle as a chauffeur option: there's little headroom in the back and not enough foot wiggle space if the driver has their seat set low. Odd, for a car that's about 60mm longer and 40mm wider than a 3-Series.

Back in the, er, front... the graphics are sharp and there are about four hundred menus and displays to discover. There's a G-meter and lap timer, for instance.

Is it more luxury saloon than sports saloon, as prescribed?

Definitely. Albert Biermann, the ex-BMW M Division chief who was sensationally poached by Hyundai-Kia to run their performance vehicle programmes, admits that the body control is "perhaps not so good", but there's method in the G70's penchant to wallow when it's hustled. South Korea is a land of very smooth roads, but also many speed bumps. The locals don't appear to care about slowing down a great deal for them, so the Korean market G70s we were driving are set up with a dollop of squidge factor in the ride to cope with the sleeping policeman assault course. American market and future European Genesises will have that pitch and wobble tightened up.

And we've driven it on circuit. Seriously. Sure, the G70's no natural track car, but at the technical and undulating Inju Speedium racetrack we were able to try a slightly more focused version. Instead of the AWD G70s we'd driven on the road, a pre-production G70 'Dynamic Edition' was ready to play. Rear-wheel drive, 70kg lighter, with retuned, more direct steering and ride settings much closer to what American customers can expect.

And the G70 Dynamic lived up to that billing. It's more accelerative, better balanced, more agile and genuinely, hilariously playful. There's M-car DNA woven through this thing, in how it'll sit steady on the limit of grip, then lock its diff and slide super progressively with a bout of throttle. The rear end squats less, the steering is reassuring and positive, and it's palpably faster than the AWD car. Seriously, it's more fun than an Audi S4 or Mercedes C43 and would ask very difficult questions of a Jaguar XE S.

All bodes well, doesn't it? Genesis is plotting a European invasion in 2019, and its products are getting competitive. Meanwhile, the influence and talent of Albert Biermann and his team is at last making Korean drivers' cars. Here's hoping it translates into the Hyundai i30 N hot hatch we're driving very soon...