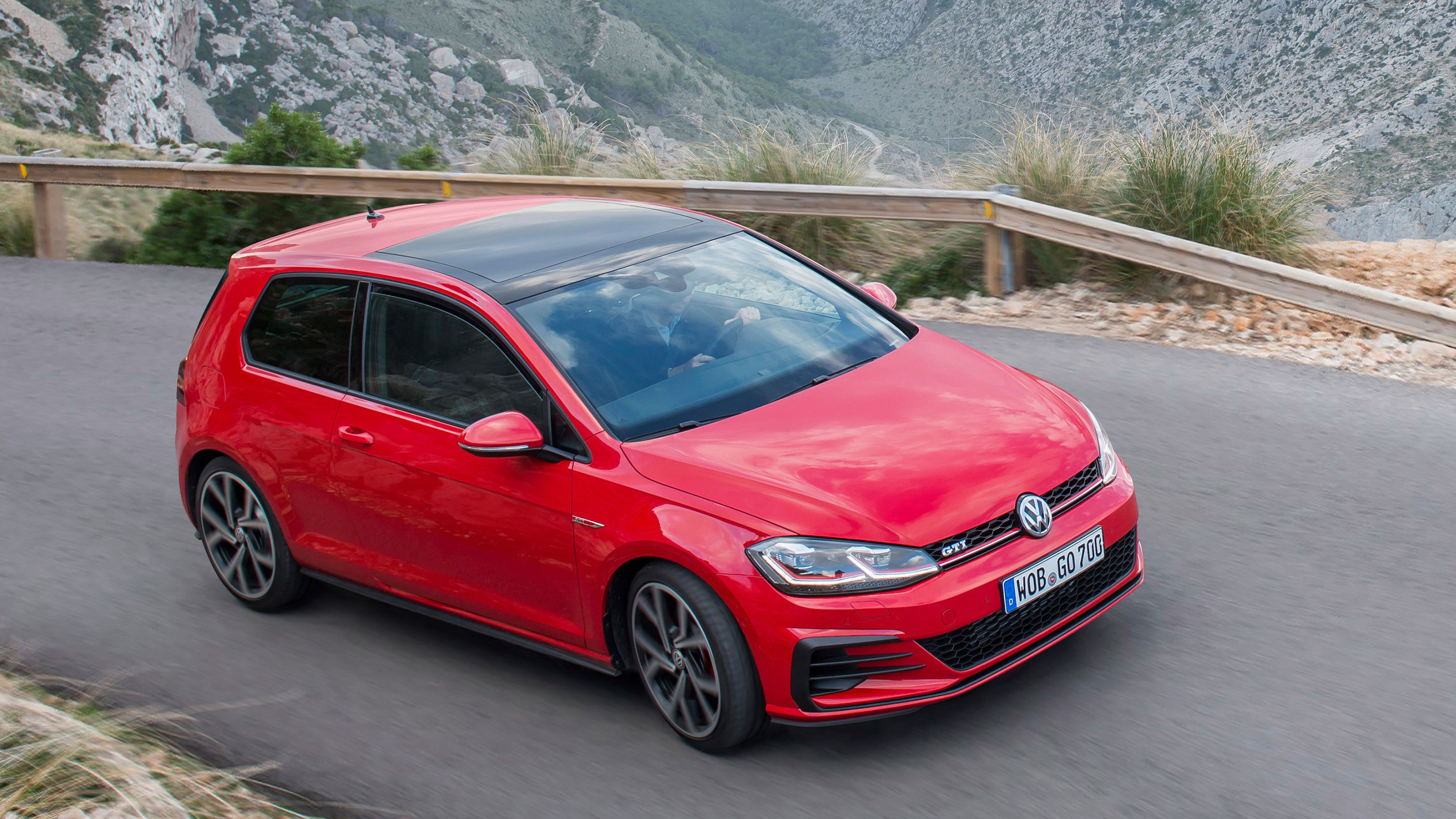 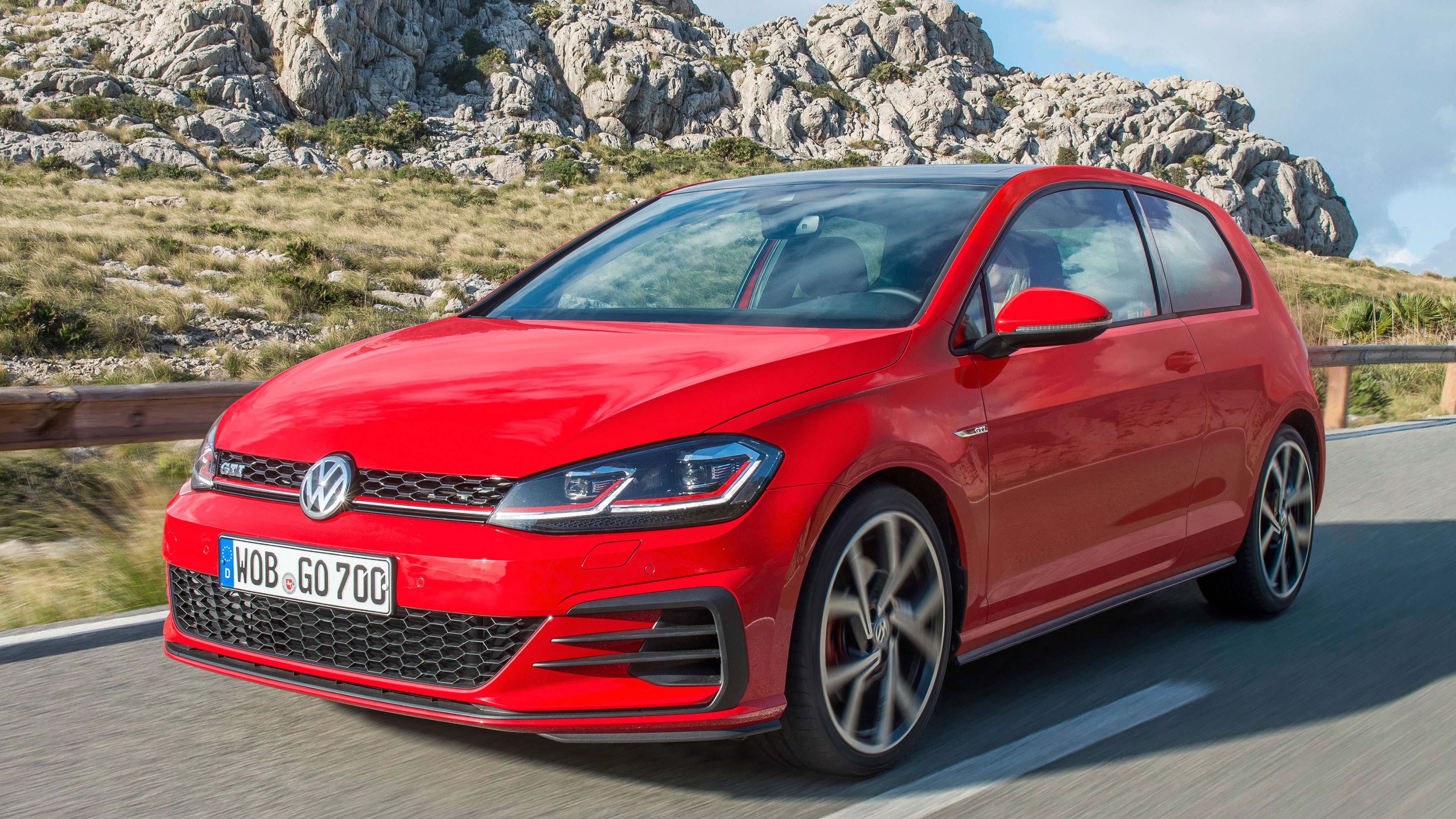 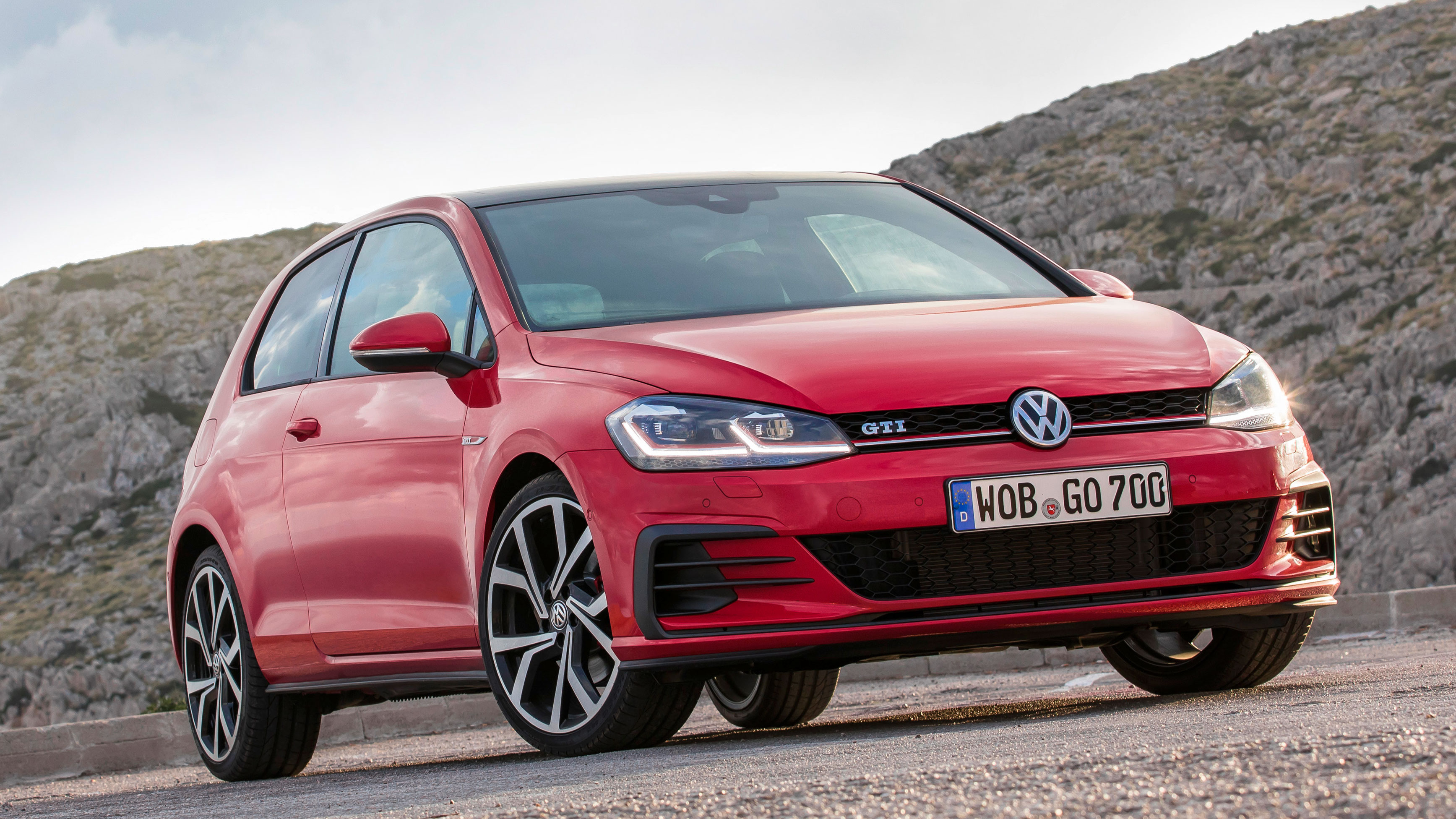 Indeed it is, an update for the Mk7. Still feels like quite an important moment, right?

Though the basic Golf GTI has been eclipsed by the GTI Clubsports, the 4x4 Golf R and been chased down by ever-madder Leon Cupras, the tartan-seat turbo Golf still feels like one of those really important motoring benchmarks.

If the GTI is A Good Car, the world's not gone entirely crackers just yet.

Under the skin, there’s a power bump for the 2.0-litre turbo motor, up from 217bhp to 227bhp in the standard car we're driving. The GTI Performance pack now develops 245bhp, keeps its mechanical front diff, and can be specced with a seven-speed DSG automatic. Lower powered GTIs maintain the six-speed auto option. All GTIs get a joyously slick six-speed manual as standard.

All are front-wheel drive, and you can have three or five doors, which isn’t a break from tradition. Prices for a three-door manual start at £27,865, which is a whopping £0.00 more than before. Yup, the price hasn’t budged a penny, despite the trick new lights and power boost.

Not especially, unless you're about to get friendly with the options box. You can have a screen-for-dials Virtual Cockpit like an Audi TT or high-spec VW Tiguan and Passat. You shouldn't though, because VW's version, called ‘Active Info Display’, is so absurdly fussy, the uses manual might as well be the Rosetta Stone. Too many readouts vie for your attention, so you end up concentrating less on what they’re beaming back at you from the 12.3inch display.

Meanwhile, the infotainment centre ditches physical buttons for nav, media, trip menus and so on, for haptic touch-sensitive areas on the new flush-glass display. These lead you to a screen-based main menu, which then takes you to the display you were rooting for.

This is not an improvement. In the old car, you learned where the buttons were, and then used them by averting your roadward gaze for a split-second. Flush, touch-sensitive buttons and sub-menus need a more accurate tap, so your eyes are off the road longer.

And speaking of tech for tech's sake, the GTI now offers rudimentary gesture control, allowing occupants to wave away certain menu options like they're practicing their Patronus Charm. It’s absolute rubbish. Happily, it’s included with the Discover Pro navigation system, so you can save yourself a four-figure sum and do away with that, and keep a few hundred quid more in your pocket by not having the silly virtual dials. Keeping it simple will be the key to getting a new GTI’s spec spot on.

Spot on. This basic GTI doesn’t have the proper differential, instead using electronics and braking to fake its effects. But with the same power as the old GTI Performance on tap, it’s fast enough to feel exciting, surging from 0-62mph in 6.4 seconds and hitting a 155mph top speed.

It sounds better, too. Like the facelifted Audi S3 we drove not long ago, the GTI has gained more bass at low revs and crackles more happily on upchanges. Subtle changes, these, and nowhere near the flatulence and downright rudeness of a Focus RS’s vocal emissions, but it’s all welcome stuff. For a four-cylinder turbo, this thing sounds really purposeful.

Traction is superb, the car getting out of corners ably and pinging through the DSG’s six gears sweetly – in this basic version, you’re really not going to miss the extra seventh gear. Get greedy with the throttle mid-corner and yup, you can feel the brakes trimming your line and the engine being strangled as the car’s electronic brain fights to keep everything neat. But if you’re that committed to your apex-to-exit times, you’ll be buying the Performance pack and bagging the diff, right...?

It all sounds very professional, this GTI. A bit nerdy. Is it fun?

Hugely. But – and yes, there is a but – you have to remember that hot hatches have truly spoiled us of late. Power outputs north of 300bhp, even approaching 400bhp, all-wheel drive, drift modes, lightning fast gearshifts, unprecedented Nürburgring lap times… it’s all got terribly high-tech and weapons-grade. From being a heartland hot hatch just three or four years ago, the Golf GTI now finds itself as an almost entry-level proposition.

This is what leads the uninitiated to label it ‘boring’, despite it sounding rorty and cocking an inside rear wheel as often as it's able. But if you spend some time in one of these GTIs, noting how beautifully controlled its ride is, how politely it settles down and behaves like the world’s most refined hatch in traffic, or in town, or at a cruise, and then drink in how nicely finished and well-packaged it is…well, you get the idea.

The Golf GTI is no longer all things to all boys and girls, because in this basic trim, it just doesn’t have the urgency or ability of the most advanced hot hatches. But as a more reserved, mature all-rounder – one of the modern Goldilocks cars – it’s still right up there, and newcomers like the upcoming Renaultsport Megane underestimate the humble GTI at their peril. Just don’t overdo the tech spec, unless you’ve got the patience of a brain surgeon and the moves of a dance prodigy.