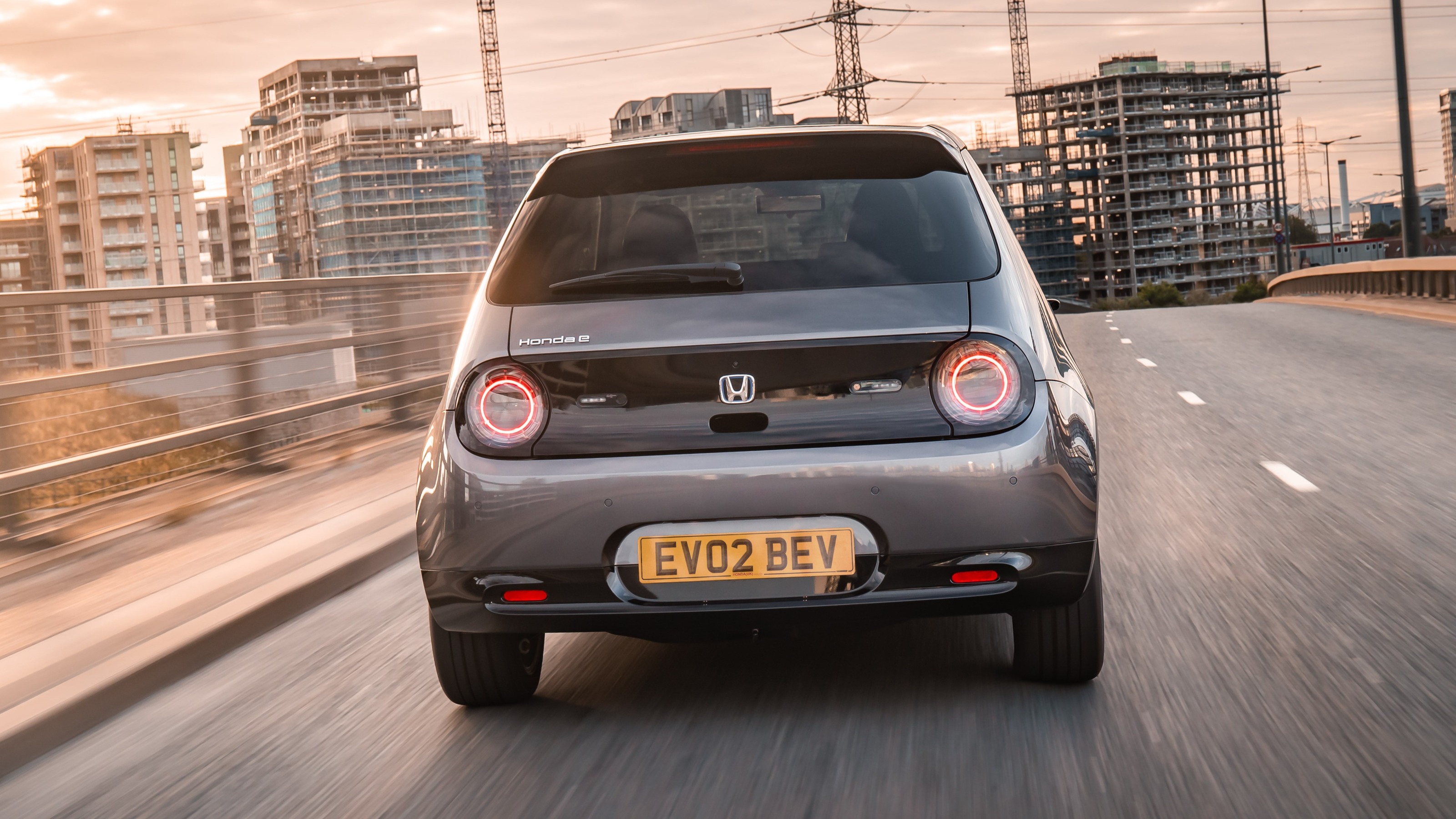 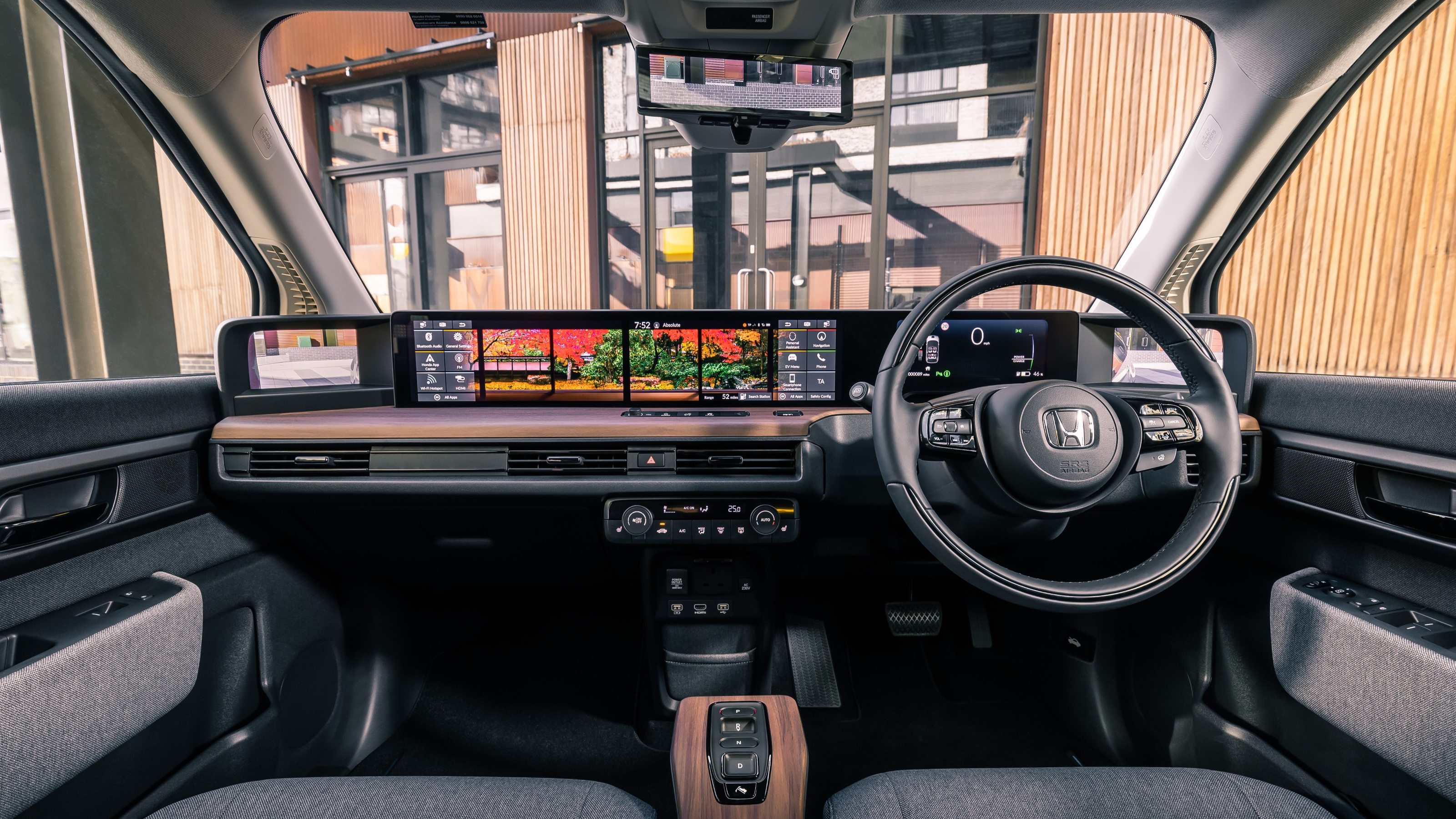 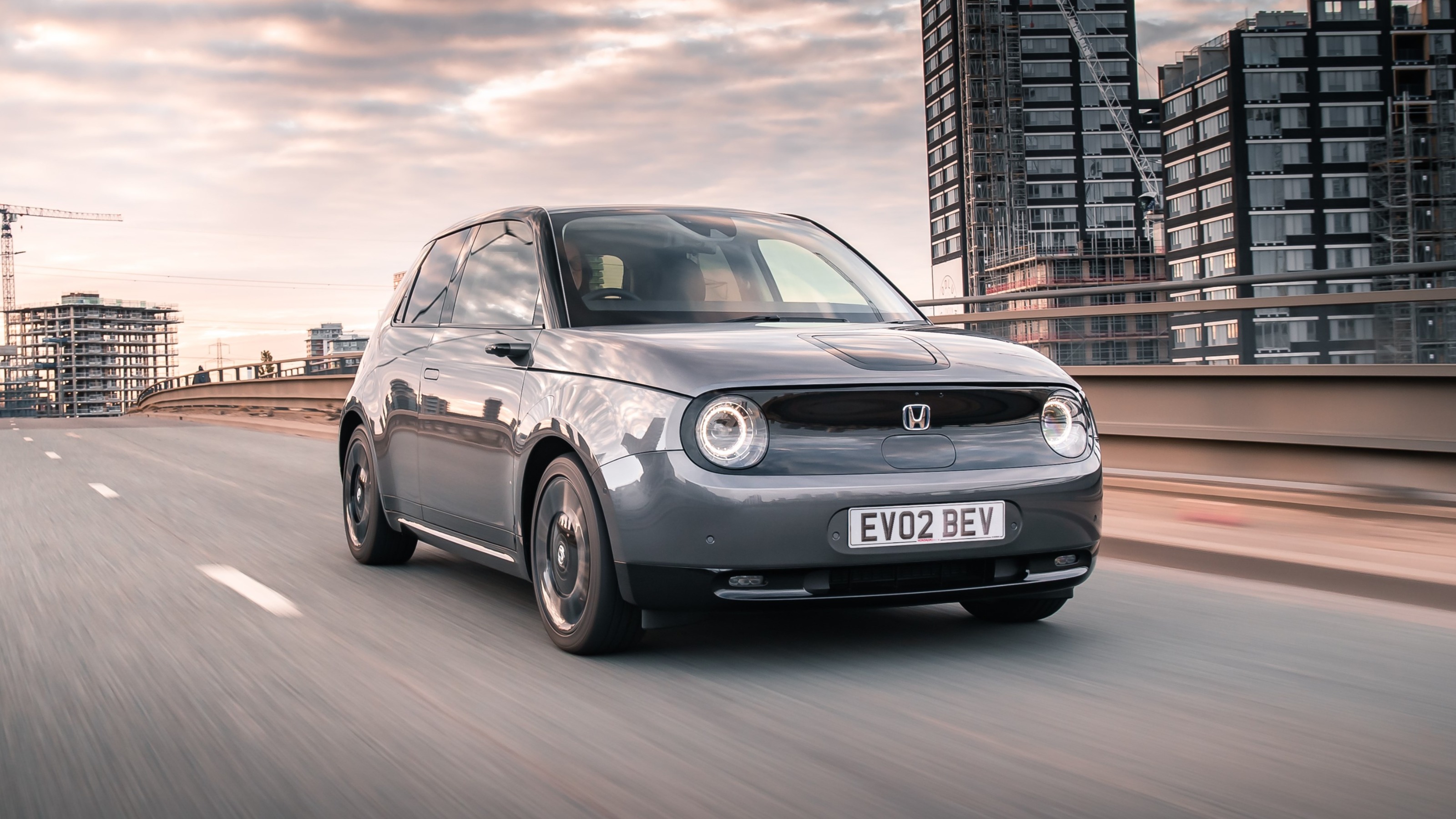 Prepare yourself, this is where it all gets a bit mad, where you’ll either find yourself putting down an £800 deposit immediately, or branding it distracting and dangerous. Approach the car and it senses the key, pops the door handles out and the headlights put on a display. But that’s just the beginning…

Honda calls it a lounge-style interior, I agree, if my lounge had much nice furniture and six TVs.  We’ll come to the screens in a minute, first let’s focus on the overall vibe, because with the squishy fabric seats in the front, the bench seat in the back and slabs of fake wood trim (nicer that it sounds, trust me) Honda has pulled off a modern, retro-infused, architect-designed atmosphere that just feels different to anything else it makes, different to anything anyone else makes for that matter.

The screens then – two six-inch angled displays for the wing mirrors, an 8.8-inch instrument cluster behind the wheel, the rear-view display and then two, side-by-side 12.3-inch screens as the centerpiece – one for the driver, one for the passenger. Each features six shortcuts on the outer edge, can run separate apps at the same time, and those apps can be swapped over at the touch of a button.

For example, enable wireless CarPlay on your iPhone and that can be running on one screen, while Honda’s navigation, or the radio, or information on the range and regen is running on the other. Say “OK Honda” and a poorly-sketched face bounces onto the screen to answer your commands – fun for the first five minutes, until you realise those commands have to be so specific that you might as well prod the screen to get what you want. Whether it learns your voice and improves over time as Honda claims, remains to be seen. And there’s more - park up and you can turn both screens into an aquarium, poke it and food appears for the fish. Eat your heart out Elon…

You’ll find USB sockets everywhere – two in the front, two in the rear – a 12V socket, a 230V AC power outlet and an HDMI input. In theory, this means you power up and plug in your Xbox, and play it on the central screen. Connect it to the onboard wifi hotspot (free for the first year, subscription required after that) and online gaming is yours while you wait for the kids to emerge from the school gates.

When it comes to space you need to be realistic about how it’s going to be used and who’s going to be using it. The rear is big enough for me to sit behind me, but me is 5ft 8in. The boot is small – 171-litres with the rear seats up (about the same as a Fiat 500) – but 861-litres with them down, which is a decent amount if you can occasionally use it as a two-seater. Basically, it’s a second car that you can use to cart the kids around in the back, or modestly sized adults at a push. In other words, it’s just useful enough to justify if you really, really want one.