Hyundai i30 N review: new hot hatch in the UK

£28,585 when new
Read why you can trust our independent reviews 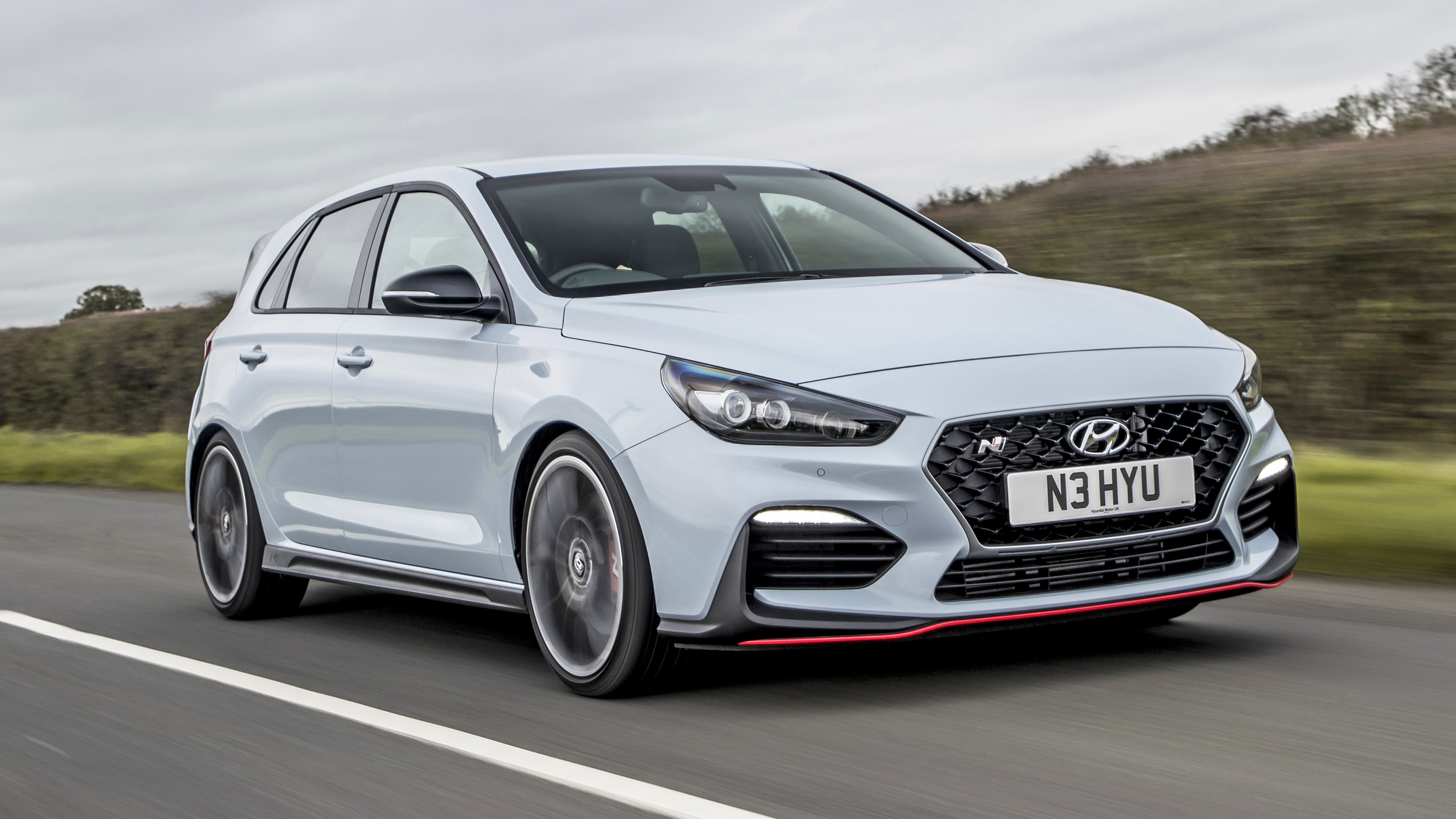 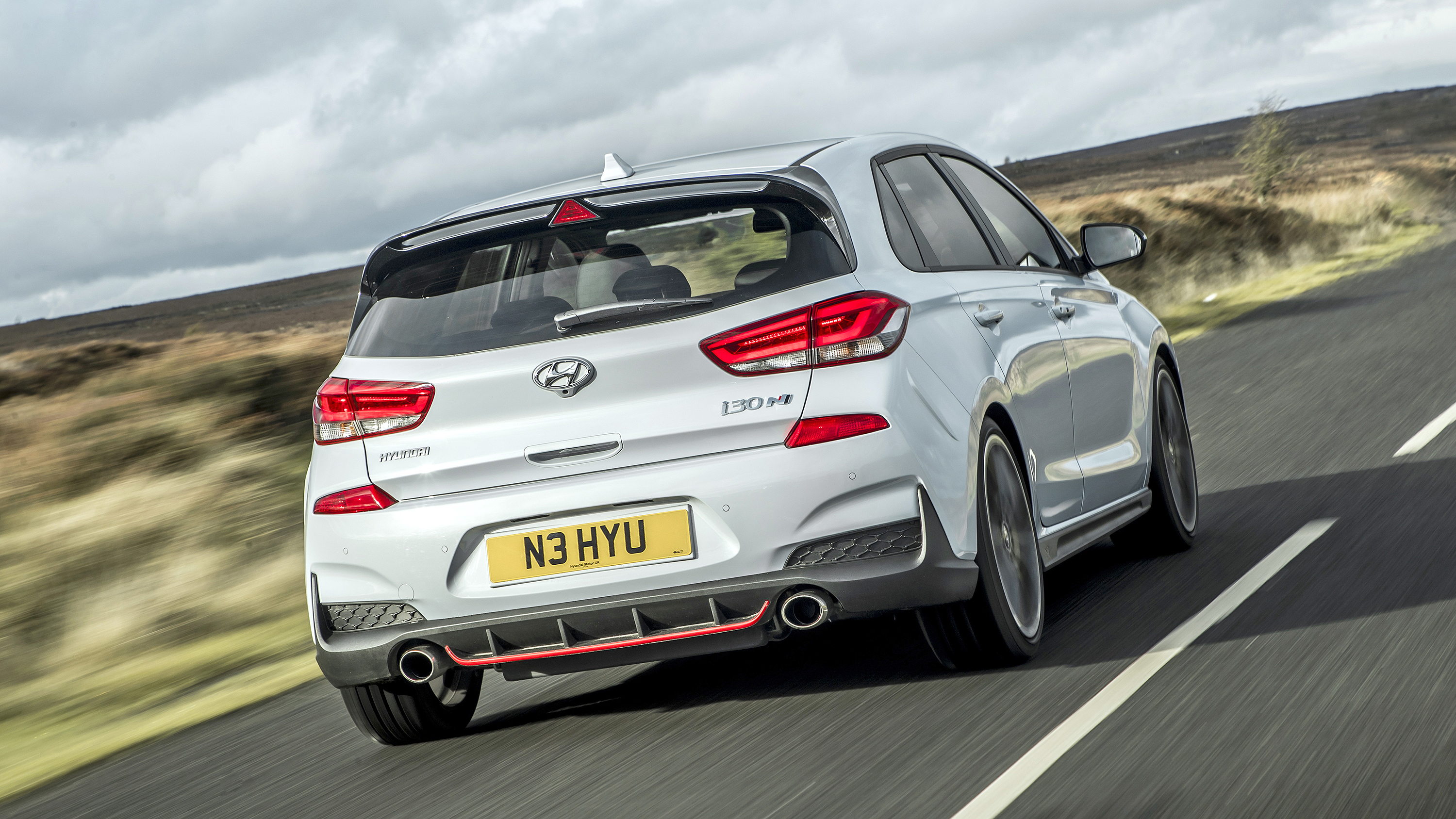 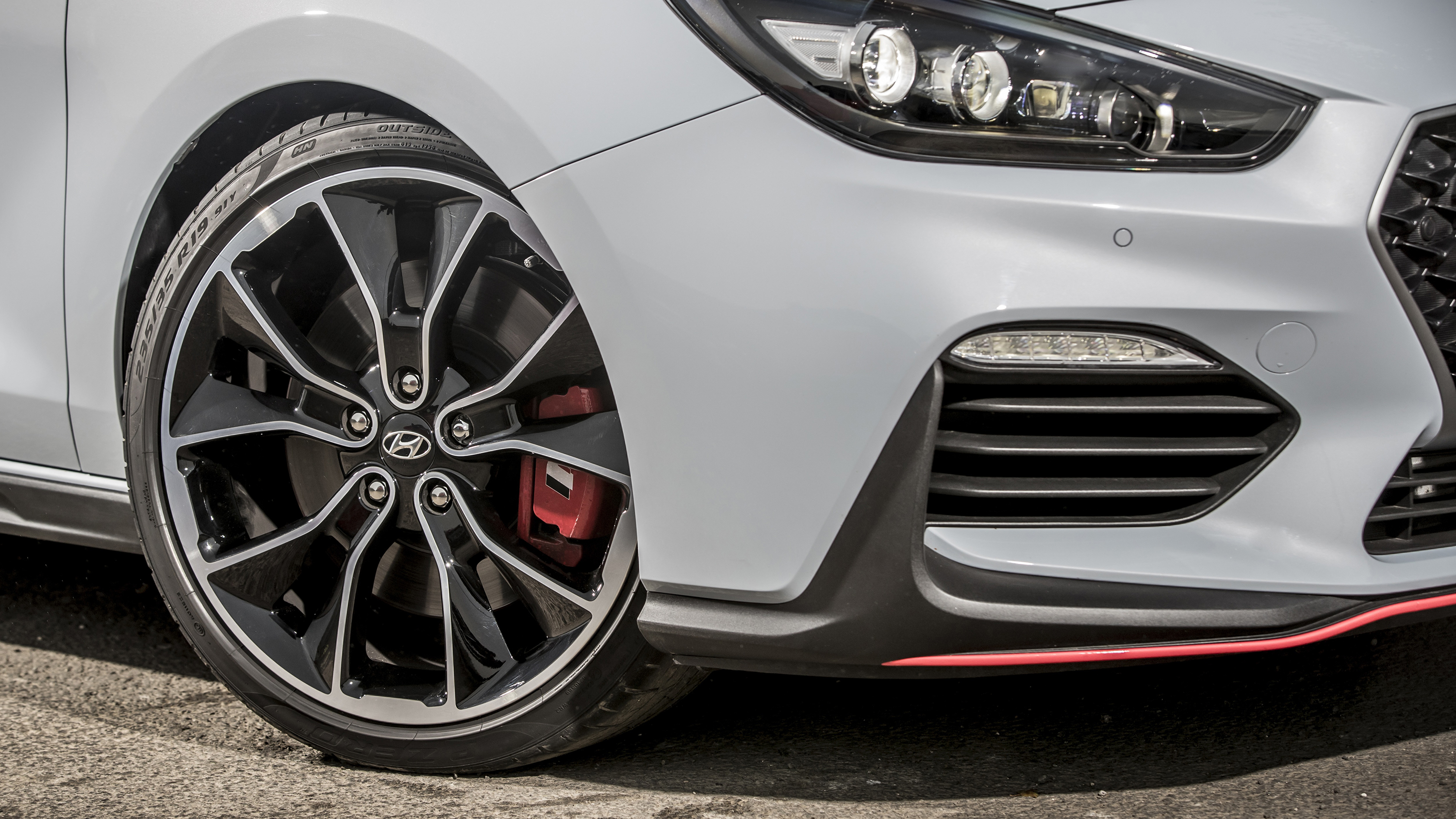 It is, and it’s in the UK, the natural home of the hot hatch. Britain’s buyers lap them up, and our roads present the kind of boisterous assault course that can liven up even the most prosaic of front-driven performance cars.

The basic 247bhp car costs £24,995, while £3,000 more gets you the i30 N Performance with 271bhp. That’s the car we have here. Both hit 155mph and complete 0-62mph in a smidge over six seconds, but the Performance boasts an electrically controlled differential, bigger 19in wheels with bespoke Pirelli tyres, a sports exhaust and leather seats, though you can spec those back to fabric to save some kilos.

Yep, which makes the end result all the more impressive. What staggers most is how thoroughly developed the i30 N feels, something that’s tangible through every control and every design flourish.

Take, for example, the shift lights between the dials. They illuminate from orange to red as you approach the redline; fine in a track special, but a bit gimmicky in a 2.0-litre Hyundai, you might think.

Except the commitment this car inspires from its driver means they’re actually pretty handy, and they’re timed so that once they’re all lit, you still have time to change gear. So they encourage you to wring out every last rev, yet you won’t snag the limiter. A lot of thought’s gone into that.

The six-speed manual gearbox – your only option, for now – comes with rev-matching. It’s one of the very sharpest examples of the tech out there, for starters, but you can also turn it on and off with one simple button.

While other manufacturers only let you use their rev-matching when the stability control is on – then only let you heel-and-toe yourself with the nannies off – Hyundai lets you use the system on your own terms. Simple, but it’s been considered carefully.

Then there’s the fact its already impressive five-year warranty also includes track use. There’s a strut brace in the back, but it doesn’t affect the i30’s practical boot and seating for five. The front seat squabs slide front and back (like in a BMW), while the ‘N’ performance button on the steering wheel can bring your favourite of the myriad drive and chassis settings together in one quick press (like an M car).

Is there a reason for that?

A very good reason: Albert Biermann, the man who heads up the N division, used to head up BMW’s M division. Can’t imagine the similarity in their names is entirely coincidental, either…

Being a front-driven hot hatch, there’s no way the rest of the i30 N was going to translate as directly from his previous vehicles as those neat little details. But my word, he’s made sure this is a brilliantly balanced car. 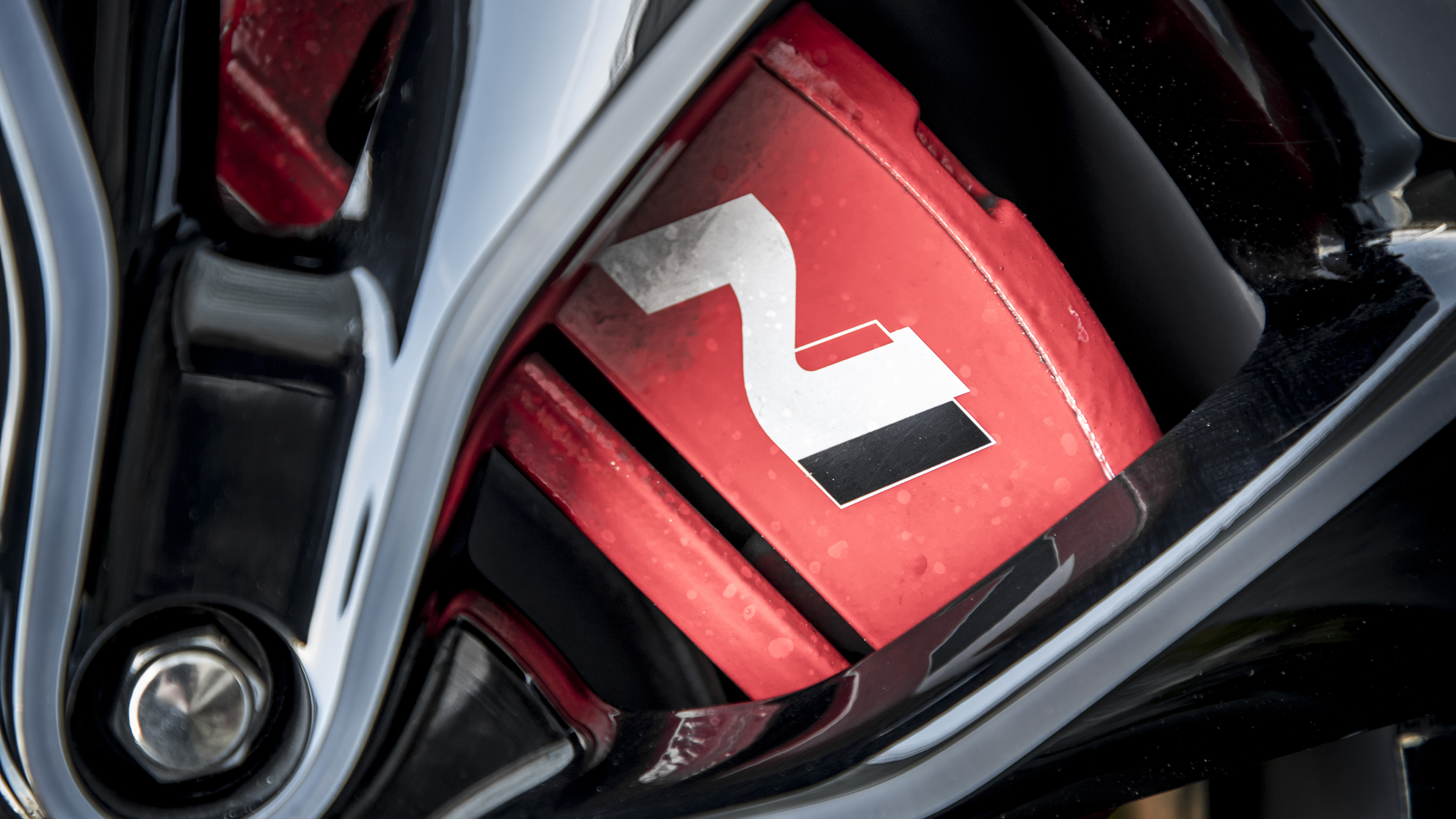 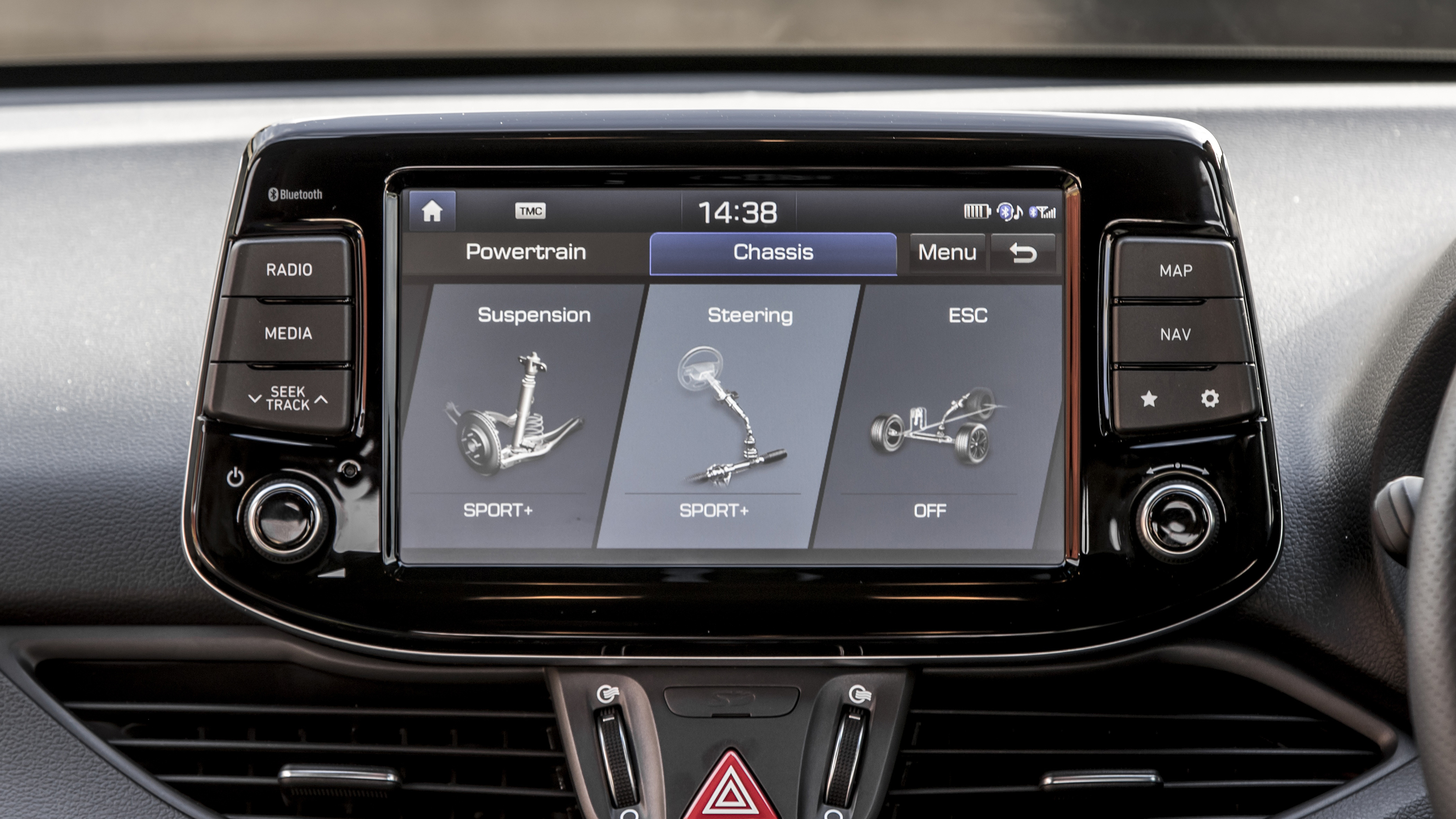 Does that mean fun?

It certainly does. It eggs you on, lifts your mood, and livens up any stretch of road. My favourite thing is that it lets you impose your own driving style upon it; some hot hatches demand you make allowances for their overpowered and slightly frenetic front axle (Leon Cupra), others have a chassis that shines in specific circumstances but is a bit plain if you’re not at maximum attack (Focus RS).

The i30 N responds faithfully to whatever you throw at it. If you want really impressive stability in high-speed corners, it’s got it. If you’d like to lift off into a damp second-gear corner to feel the car move around, it’ll do that do. In all circumstances, the exhaust crackles away on a trailing throttle to widen your grin further.

When it comes to performance, rivals do it better. This full-fat Performance pack car has 271bhp, which matches the class best of the last generation of hot hatches, but is ten per cent off the pace now. I found myself not caring one bit. It makes extracting every ounce of its performance easier, and it pegs your speeds at a saner level on the road.

Speaking of “on the road”, how is it on Britain’s roads?

Very good. The i30 N comes with three settings for the suspension – Normal, Sport and Sport+. And there’s a real difference between each. Normal copes with just about everything backroad Britain throws at it, and the car retains plenty of tautness. You could leave it in this mode all the time and be perfectly content.

Sport, and especially Sport+, are far more abrupt over bumpy roads. The latter will see wheels lose contact with the ground if you’re carrying speed over particularly harsh surfaces. But if you’re a fan of firmly sprung hatches like RenaultSport Meganes or Civic Type Rs, then I think you’ll be happy settled in Sport, with the odd foray further when you’re really in the mood. And on track, the most focused mode shines brightest.

How does it compare to its rivals?

Hyundai lists its key rivals as the Ford Focus ST, Peugeot 308 GTI and Volkswagen Golf GTI. I think Hyundai is being conservative. It beats them all for fun and depth of character. The Golf will be more supple, feel higher quality and be a bit easier to live with, but the i30 N is still practical enough to not require any real compromise.

The car I thought about most while driving it was the Honda Civic Type R. Absolutely not an i30 N rival, we’re told by Hyundai. Except I found myself weighing them up a lot as I drove. And sometimes I thought “bet the Civic wouldn’t have been as fun around that corner”.

The current Civic is superb and my hunch is that, ultimately, it’ll prove more thrilling. But the i30 N is a good chunk cheaper, comes with a track-friendly warranty and has five seatbelts, not four. We’ll try and get the two together soon for a proper comparison, but I suspect it’ll be damn close.

I can think of few other hot hatches that demonstrate such a transformation over their base car. The regular i30 is competent, but sensible to the point of anonymity. The i30 N is fast, fun and capable of bringing your inner scamp to the surface mere metres after you’ve pulled away. Just like all great hot hatches. And make no mistake, this is a great hot hatch.