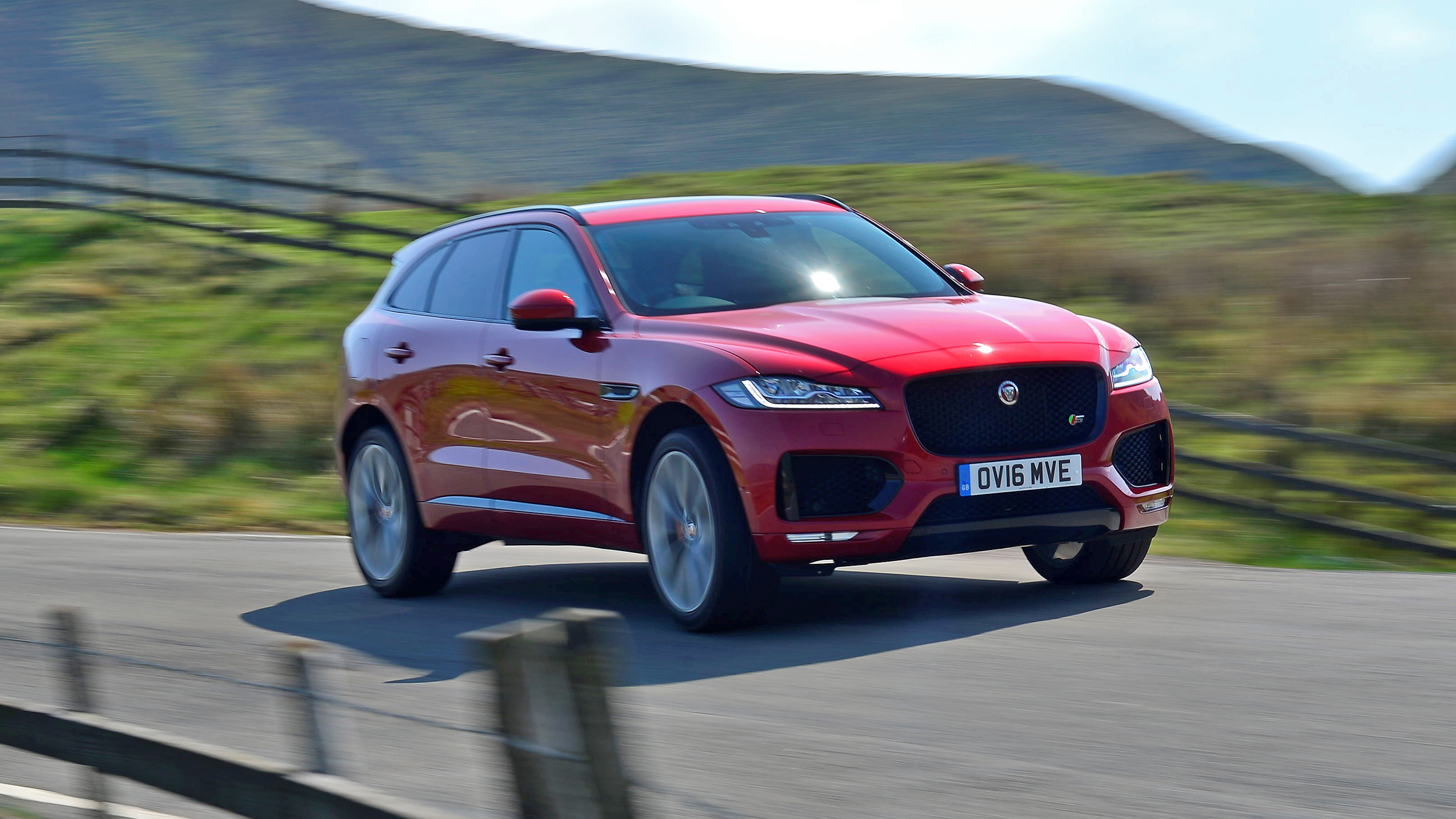 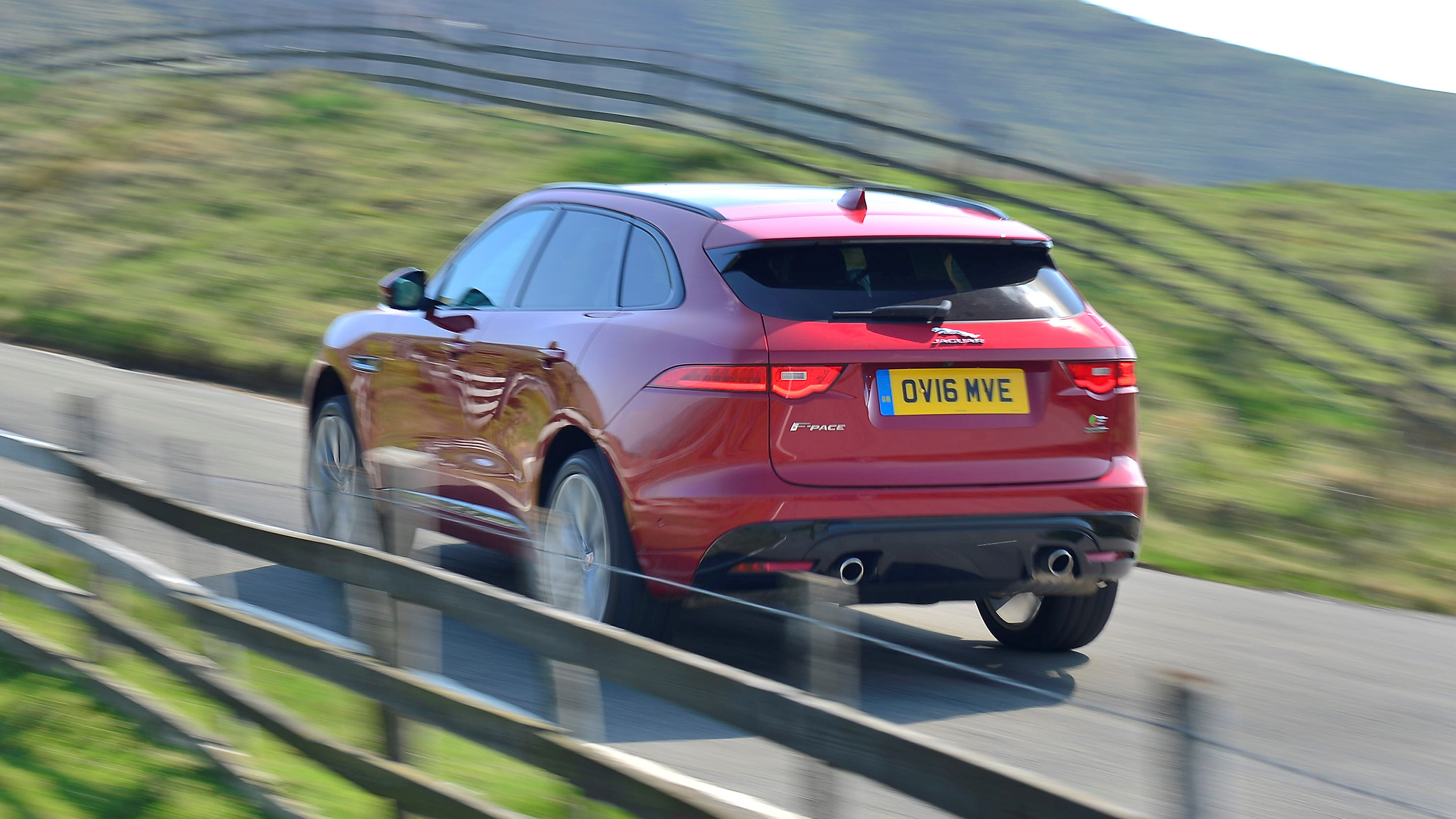 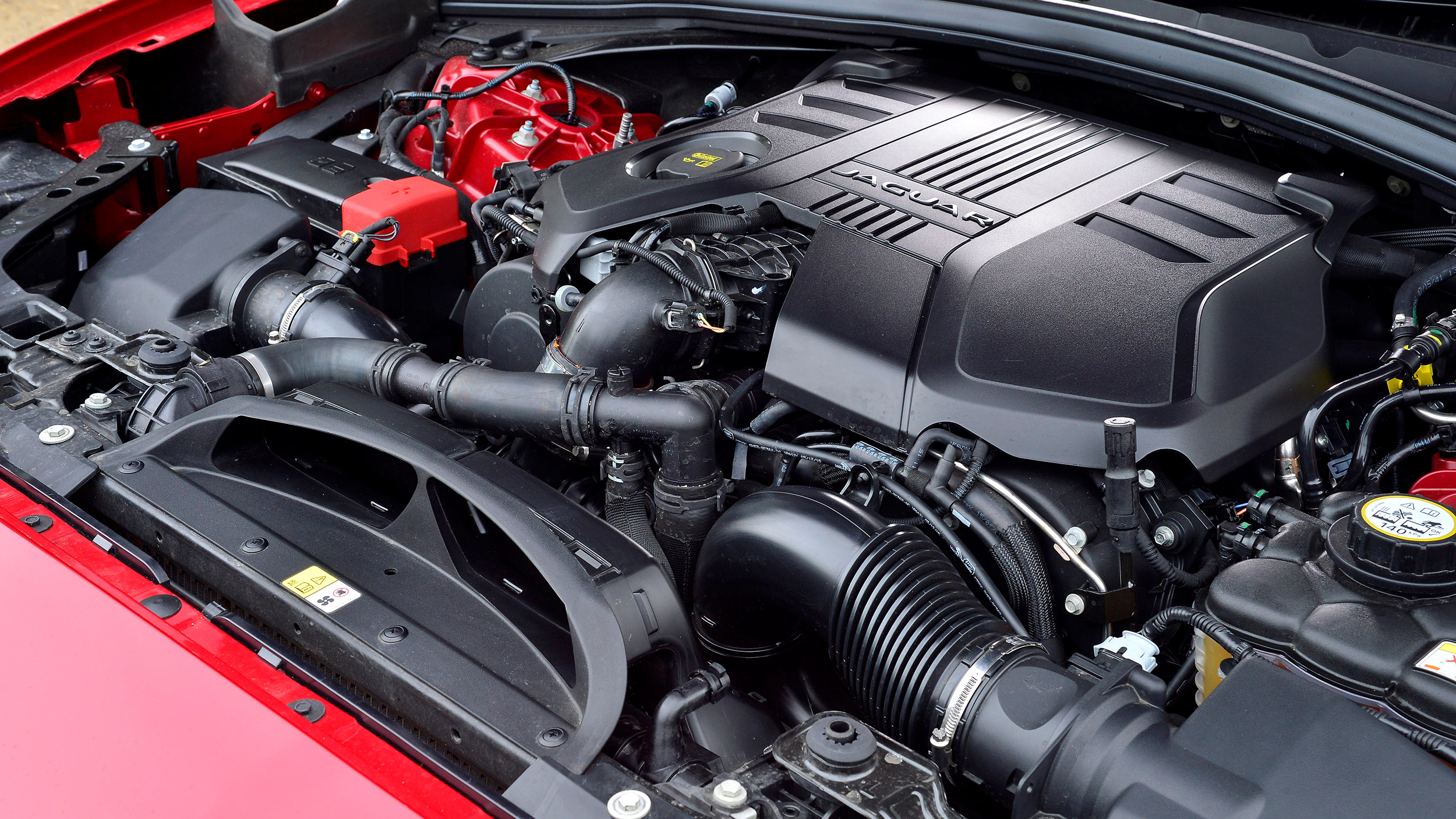 Yes, we’ve driven it before. But that was on its high-glamour launch in Montenegro, and it was also in the supercharged V6 petrol. The one that sounds and drives the best, but the one which next to no one will buy in the real world. Here’s our first go in a diesel F-Pace, and in the UK, too.

So what’ll it do?

Of your diesel options, this is the more powerful F-Pace S, with a 3.0-litre V6. It produces 296bhp and 516lb ft of torque. That means a 150mph top speed and 5.8-second 0-60mph time, figures which put it on par with something like a Renault Megane Cup S.

More relevant to any buying decision, though, will be its 47.1mpg and 159g/km of CO2. And that fuel economy figure doesn’t live in dreamland: we managed 38mpg, on a run that included a horrendous traffic jam and a subsequent, slightly immaturely driven B-road detour. More sensible use ought to see mid-40s with ease.

There’s no escaping the fact it’s diesel powered. All that torque may ensure it’s blooming fast when you want it to be, but it doesn’t sound good when you're heavy on the throttle. Traditionally, that’s the trade-off when you opt for the fuel savings of a diesel. But Audi – with its tuneful BiTDI engine – has proved that doesn’t have to be the case.

The Jag has a very muscular engine, though, and with the aid of its nicely judged, standard eight-speed automatic gearbox, it’s as effortless as you’d hope for when you’re using it to cruise along sedately. Under which conditions it’s exceedingly hushed, too.

Not quite. It’s sportily setup for an SUV, with a rear-biased, part-time four-wheel-drive system that shuffles power to the front axle only when the conditions demand it. But that doesn’t make this daft or lairy. It’s still a big, tall car, and if you try to hustle it along quickly it’ll frustrate. Those athletic looks belie a big old car, and it never shrinks around you quite as you hope. A Porsche Macan is defter to drive.

Drive a little below the F-Pace’s limits, though, keeping your steering and throttle inputs smooth, and it certainly exhibits more agility than its Land Rover relatives. The steering has a pleasing amount of weight to it, giving you confidence in its responses. People spend money on high-riding AWD cars to feel cocooned when the weather turns tough, and for that, the F-Pace feels well-judged.

How does it ride in the UK?

Well, our impressions here are tainted by the fact our car came on 22-inch wheels. They’re the ones that best fit Ian Callum’s design philosophy – part of the reason it looks smaller than it really is, perhaps – so the temptation to specify them will be large.

But they don’t work as well here as they did overseas. Speedbumps and potholes require caution, you’ll be petrified of kerbs, and the wheels thump around below you over really rough roads, which is a shame given the F-Pace otherwise rides supply. There are plenty of wheel options, ranging from 18 inches upwards, and we recommend going smaller, particularly if your commute is quite urban.

It’s all nicely put together and ergonomically slick. Though it must be said the Macan has a more interesting cabin, what with its familiarity from Porsche 911s and Boxsters, where the F-Pace shares its DNA with sensible XEs and XFs. Jaguar can make a character-rich interior, as the XJ limo proves, but this one appears to have been designed with ease of use and wide global appeal in mind.

You'll be less precious about sticking the family in it, though, while Jag’s latest infotainment systems are top notch. The F-Pace's seats are extraordinarily comfy, and it’s so quiet inside. You’d have to drive hundreds of miles to feel the remotest bit fatigued.

The F-Pace gets a heck of a lot of attention. Perhaps that’s because it’s so new, and that we've been driving it just as Jag’s big ad campaign hits the UK. But it currently garners stares from other drivers and pedestrians alike, while lots of people are unabashed about coming over to ask questions.

It’s another reason to make us believe Jag has a real winner on its hands. We’ll be surprised if the F-Pace doesn’t quickly become the current range’s biggest seller, and even if it’s not perfect, it deserves to do so. It’s not the best SUV to drive, but as an all-rounder, it’s one of the most desirable.