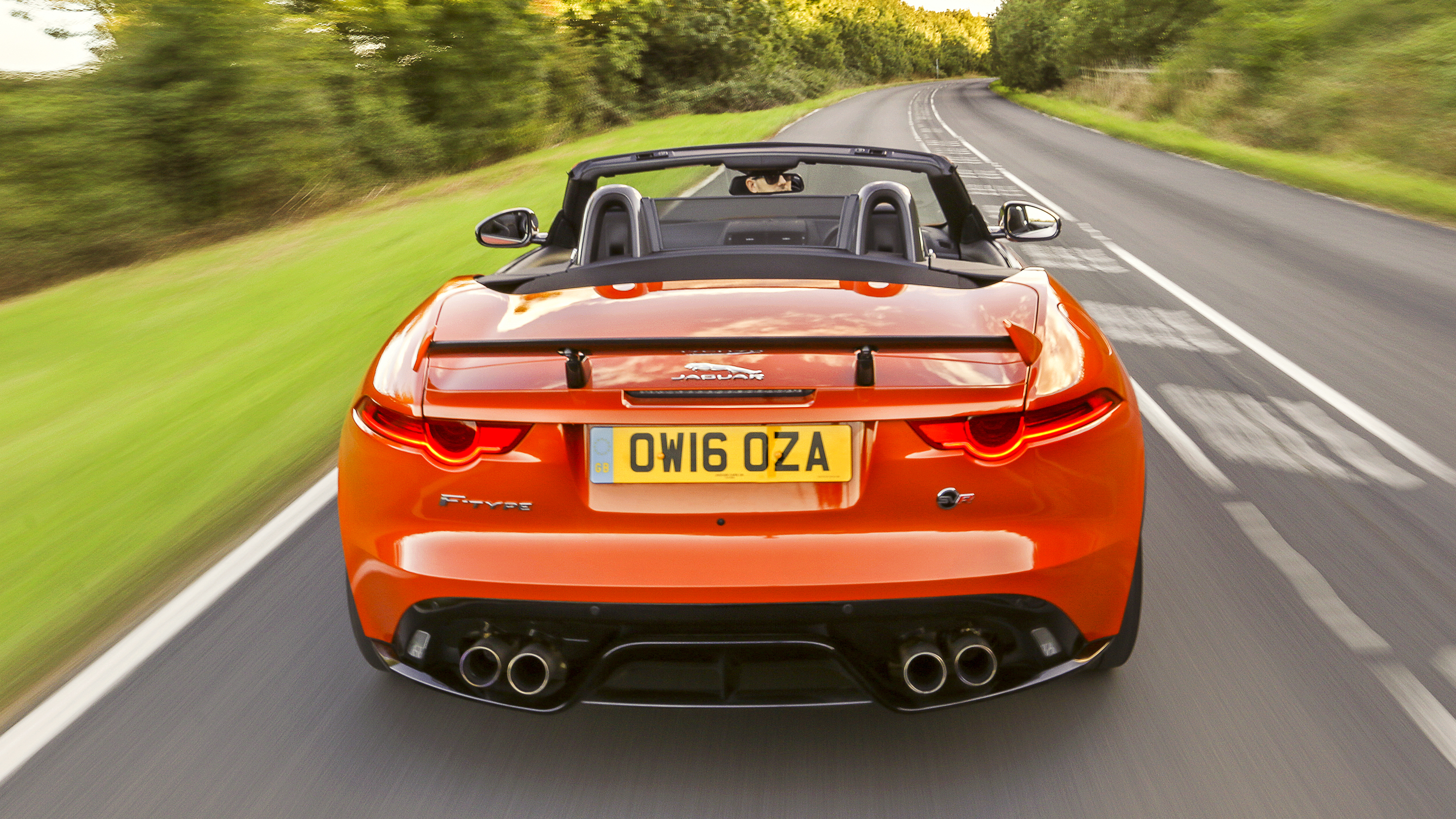 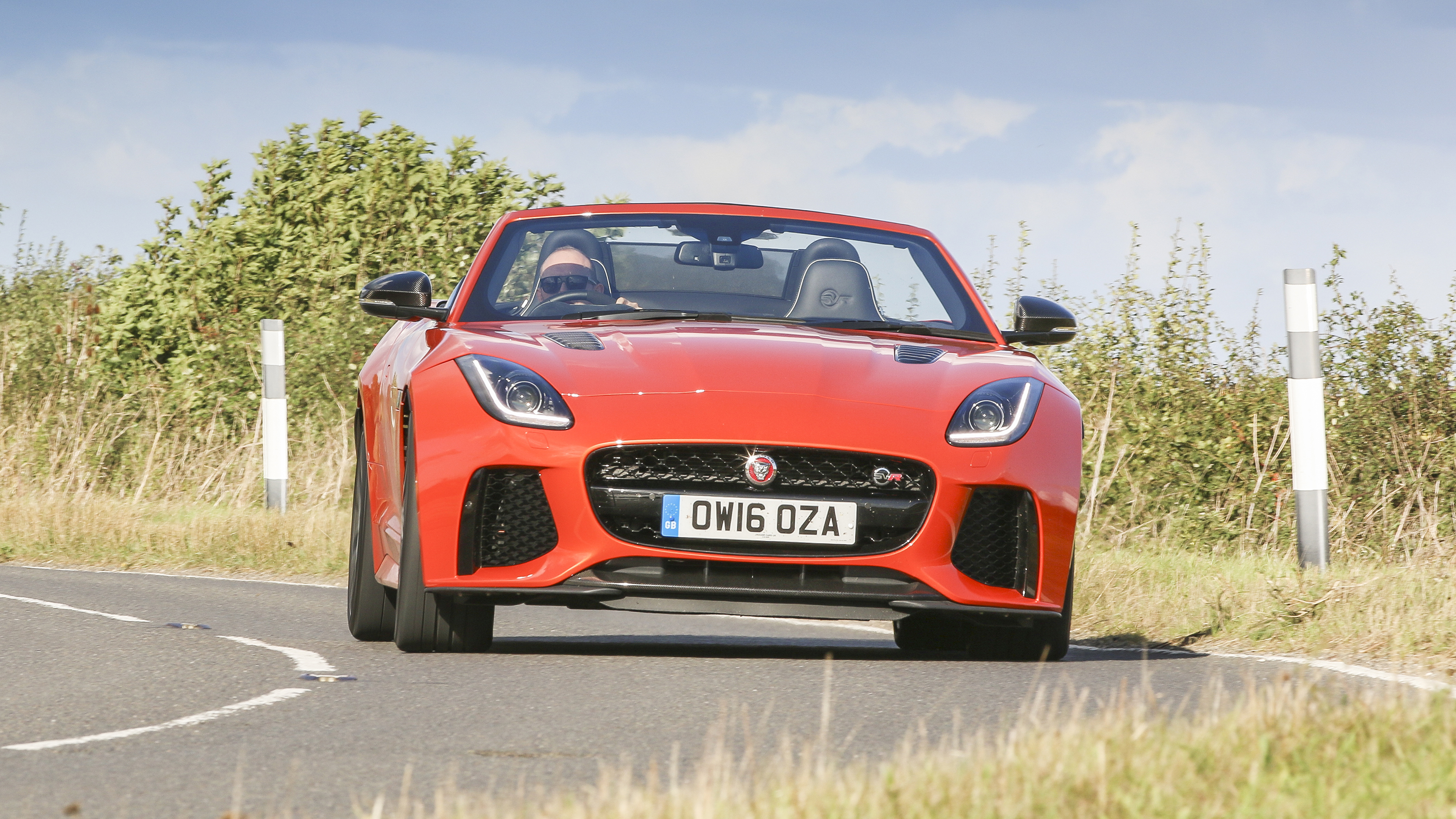 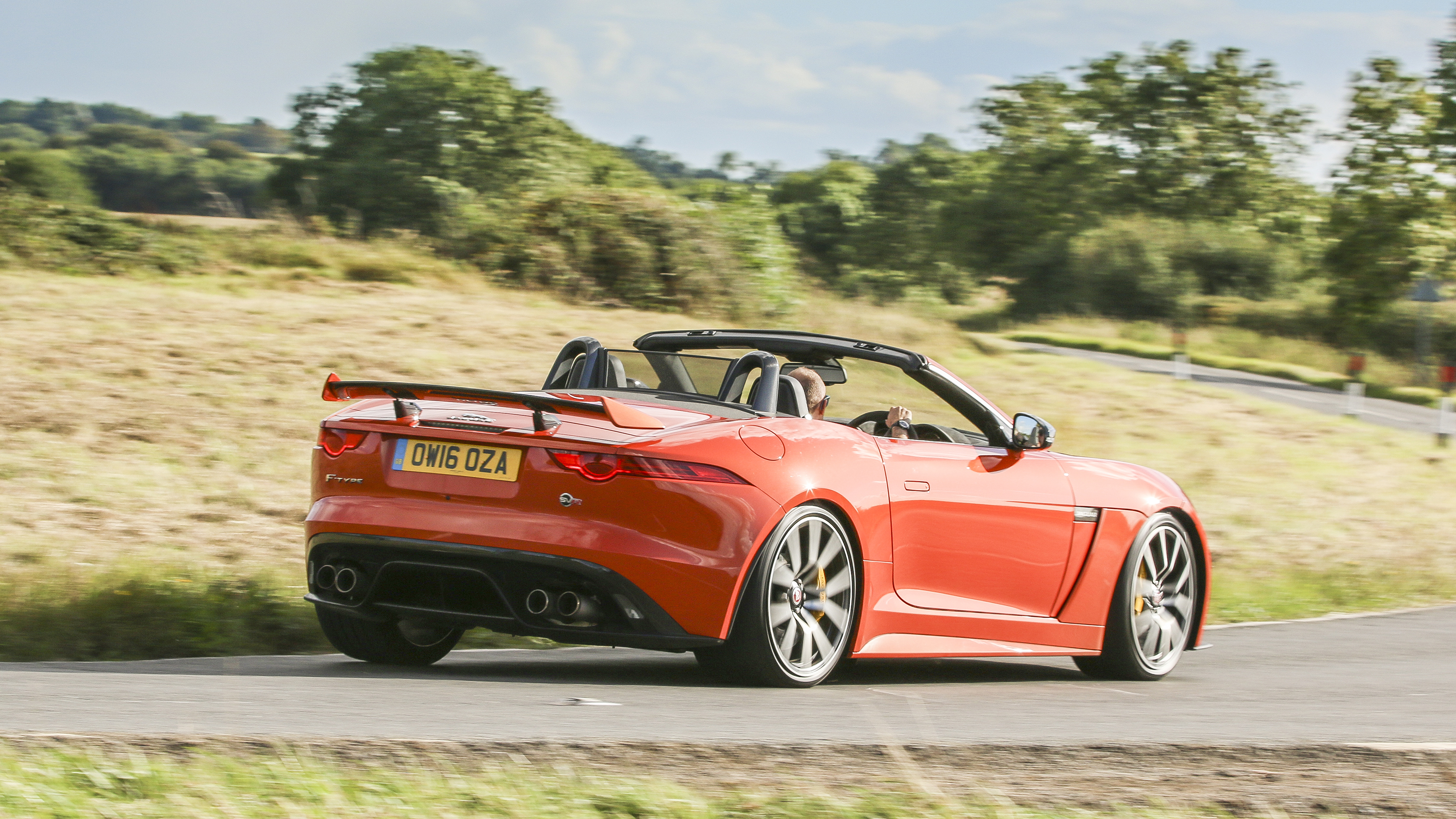 Not this one. This is the Jaguar F-Type SVR Convertible, and its additional weight and less slinky aerodynamics compared to the coupe ensure its top speed drops 5mph, to a mere 195mph.

But that’s where the bad news ends, because in every other area this is as good as – perhaps better than – the hard-top SVR. Costlier too, of course; it starts at a rather plump £115,000. Yikes.

So what makes it better?

This SVR does many things well, but if there’s one defining feature, it’s the noise. With the roof stowed, all of the sound reaches your ears without obstacle.

The exhaust system differs over a standard V8-powered Jaguar F-Type R, which is hardly quiet in the first place. In detail terms, it’s made of titanium and Inconel and weighs 16kg less than the system in lesser Fs. More importantly, though, it’s sodding loud.

You might wonder if it’s too loud, or if it’s even legal to make so much noise in a car. Then you pull yourself together, stop being such a grown up, and pull the left paddle for a gratuitous downchange just to provoke another round of pops and crackles.

If you’ve ever been to Le Mans, its V8 war cry is just like that of the Corvette racecars, as they pierce their way through the cold Mulsanne air at 3am. But with the walls, bridges and road furniture of the outside world to bounce off, it’s a sound far, far loopier from the quilted leather seat of an F-Type.

What else does it do well?

It drives so much better than a standard F-Type. Much of this comes from the addition of all-wheel drive, which is available on far cheaper Fs, we’ll admit. But there are also other chassis tweaks, with stiffer suspension components at the rear and retuned power steering, torque vectoring and stability control settings. Overall weight is down a tad too.

The result is a car that’s agile and trustworthy in a way F-Types have simply never been. The front tyres bite hard, and communicate what they’re doing reasonably well through the steering, while the rear axle never does anything naughty or unpredictable. It will still slide, but it does so entirely at the driver’s discretion, and only with the stability control loosened.

At 1,720kg and 1.9m wide, it’s a stocky car. Get accustomed to its size, though, and it can be hustled along like a 911 Turbo, so confidence-inspiring is the SVR’s setup. But it has a sense of humour, too. And there’s no discernible shimmying when the Convertible’s fabric hood is down. 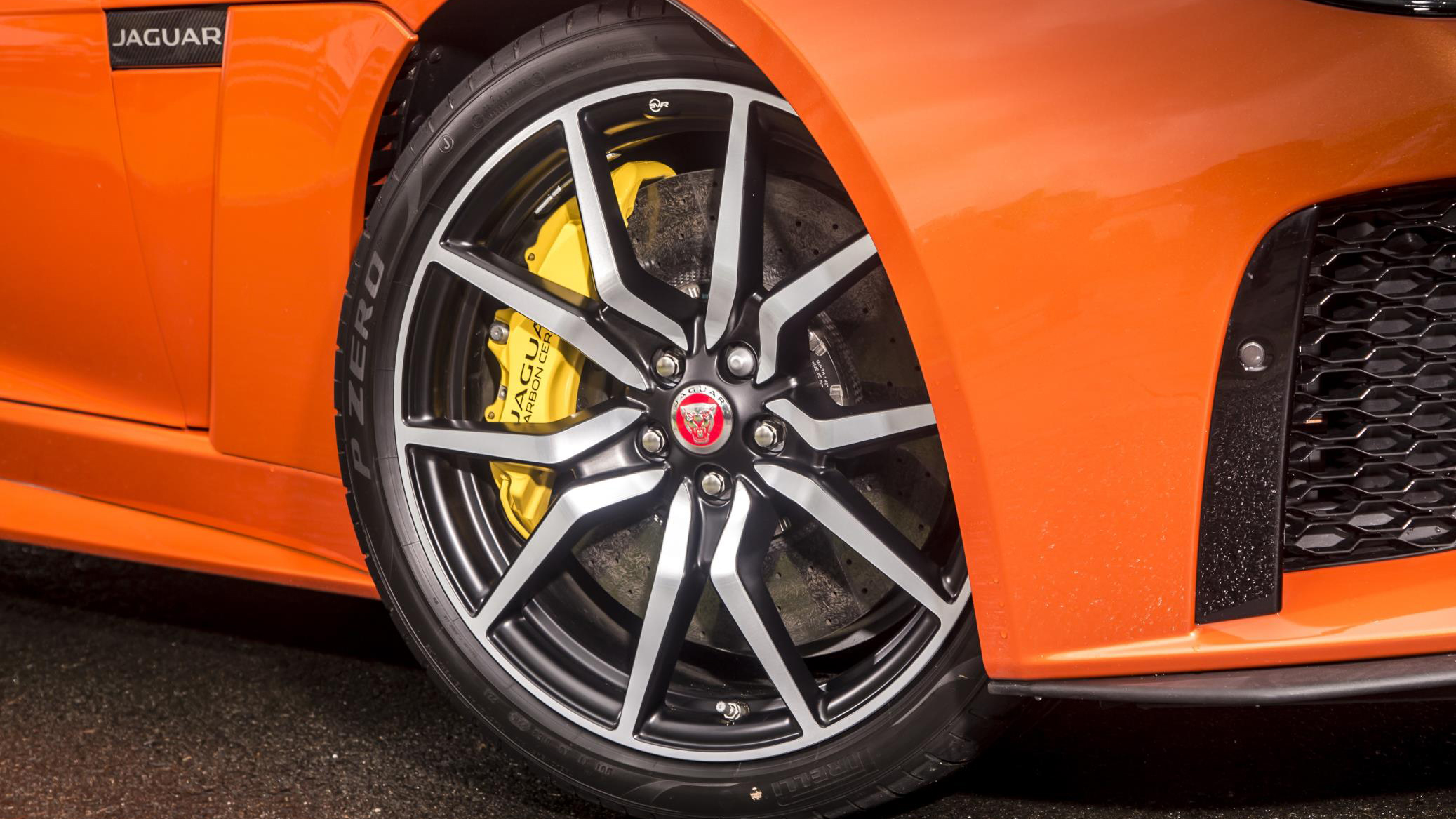 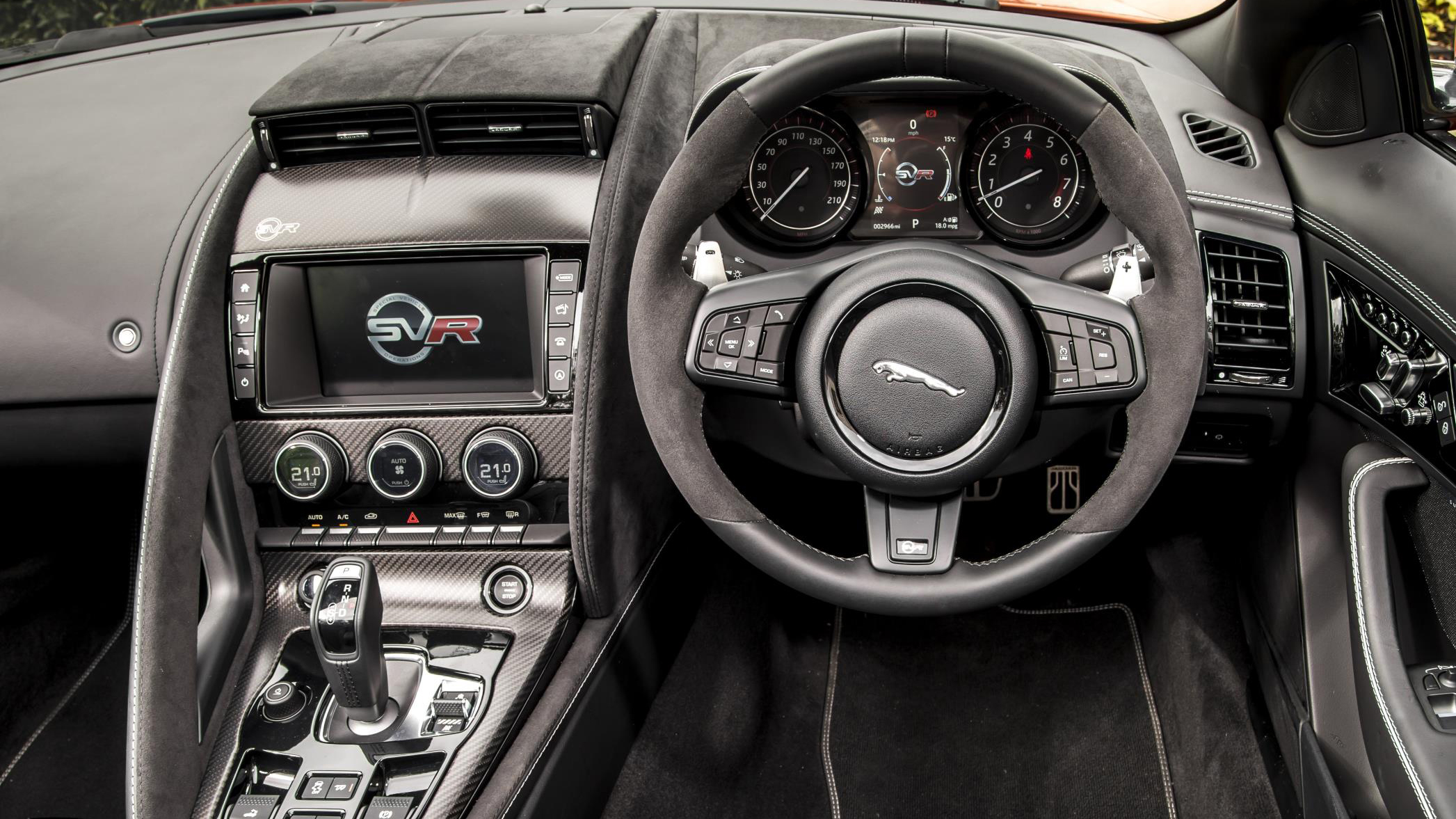 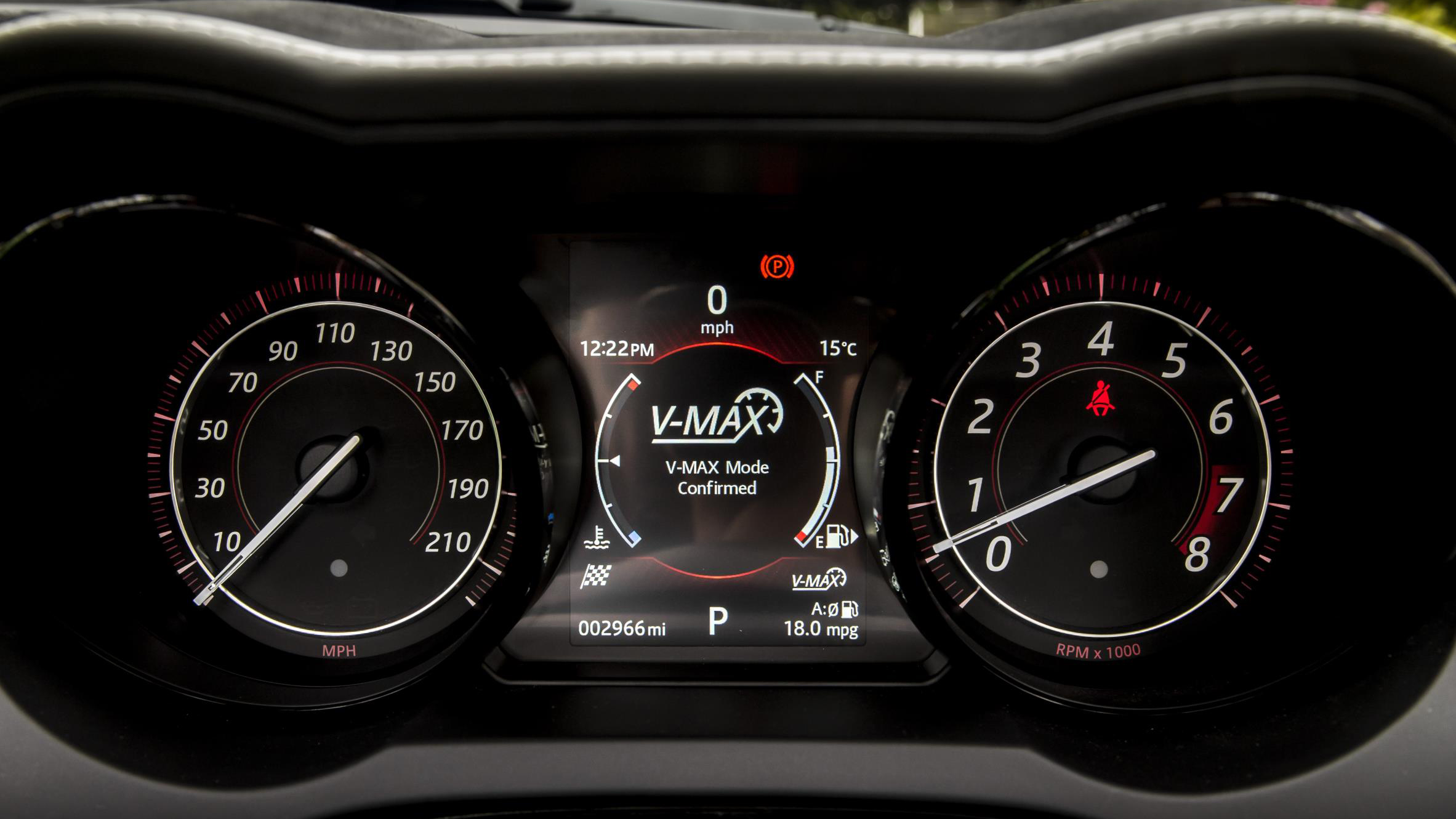 But it looks a bit silly…

Dig beneath its animated looks and it’s as good at grand touring as F-Types have ever been. So the ride is quite firm at low-speed, but it settles as your pace builds. And if you keep the drive select in Normal (rather than Dynamic) and resist pressing the sports exhaust button, it quietens down nicely and will cruise comfortably, its seat supportive and its eight-speed automatic gearbox operating smoothly.

It’s got the relaxed pace that little beyond a supercharged 5.0-litre V8 with 567bhp can offer; with so much power in reserve, the engine is far from stressed when you’re traveling at sensible velocities. But the engine responds very sharply to more assertive use, and overtaking is laughably easy.

There are qualms when it comes to everyday useage. Fuel economy is a claimed 25mpg, but expect 20 in mixed driving, which means the 70-litre fuel tank suddenly doesn’t seem big enough. The boot is also too small for proper continent crossing.

But nestled inside with the roof open, enjoying the sun or sheltering in the heated seat on a clear night, such sensible criticisms can be quickly shot down by the exhaust’s impish artillery fire.

It’s a successful evolution of the F-Type, with small improvements adding up to a notable change in character. You might argue an SVR version should be a slightly unhinged RWD track special, but the alternative is a properly talented sports car, perhaps the most competent Jaguar has ever made.

Yet it’s not forgotten its hot rod base model, and with the right button presses, it can still act the raucous, over-engined roadster if that’s what you crave. It’s a special car.

But then so it bloody should be: at around £130,000 with a few, not particularly frivolous options, this test car is more than twice the price of the cheapest F-Type Convertible. That puts it right in the crosshairs of the Audi R8 and Porsche 911 Turbo, as well as the McLaren 540C if you don’t mind a closed roof.

Choosing the F-Type over a bunch of junior supercars would be difficult. But it’s bigger hearted, and exudes a greater sense of mischief than all of them, with genuine talent to back it all up. That the daftest looking and most riotous sounding F-Type of the lot is also the most dynamically mature is a brilliant surprise.