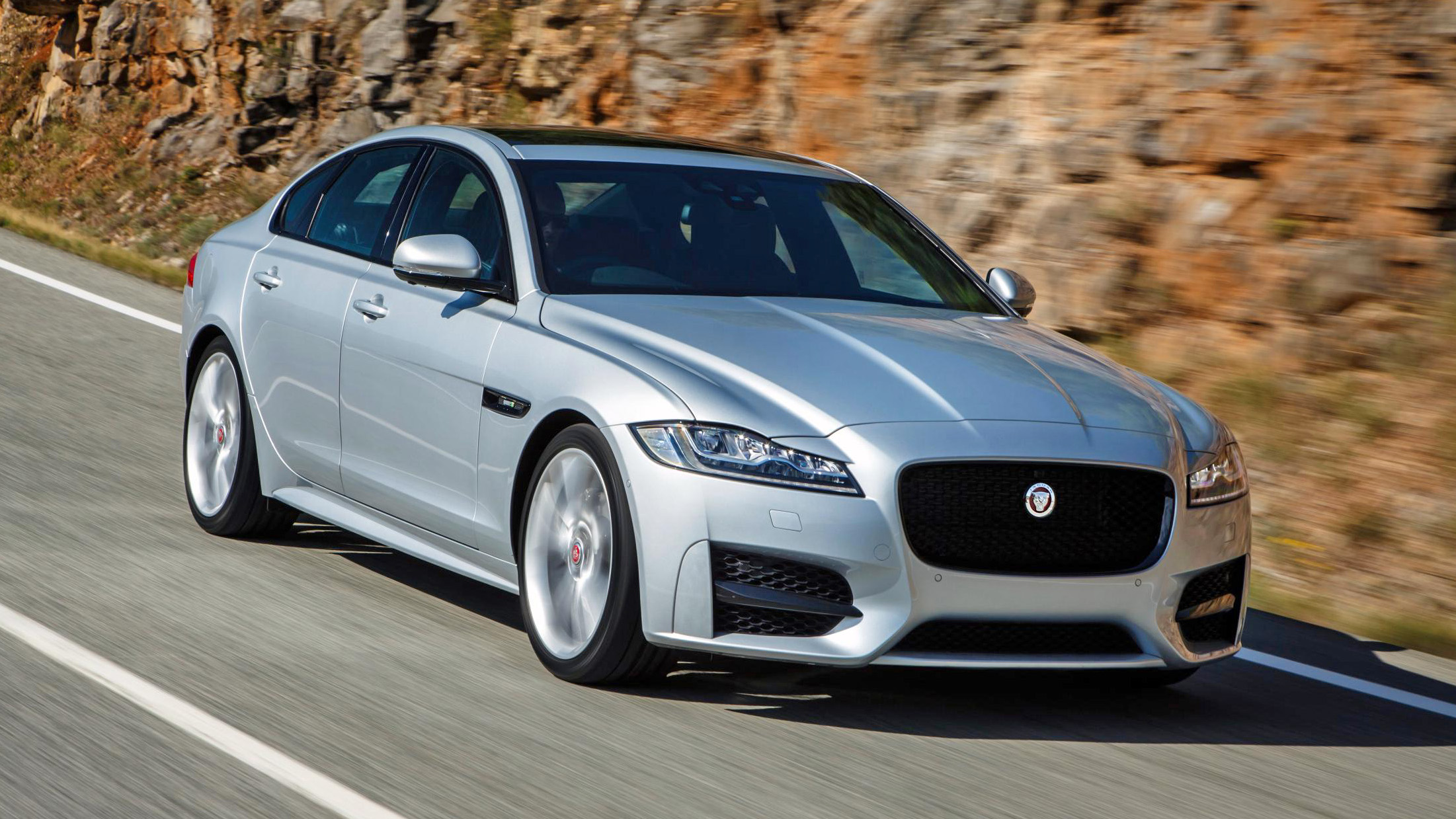 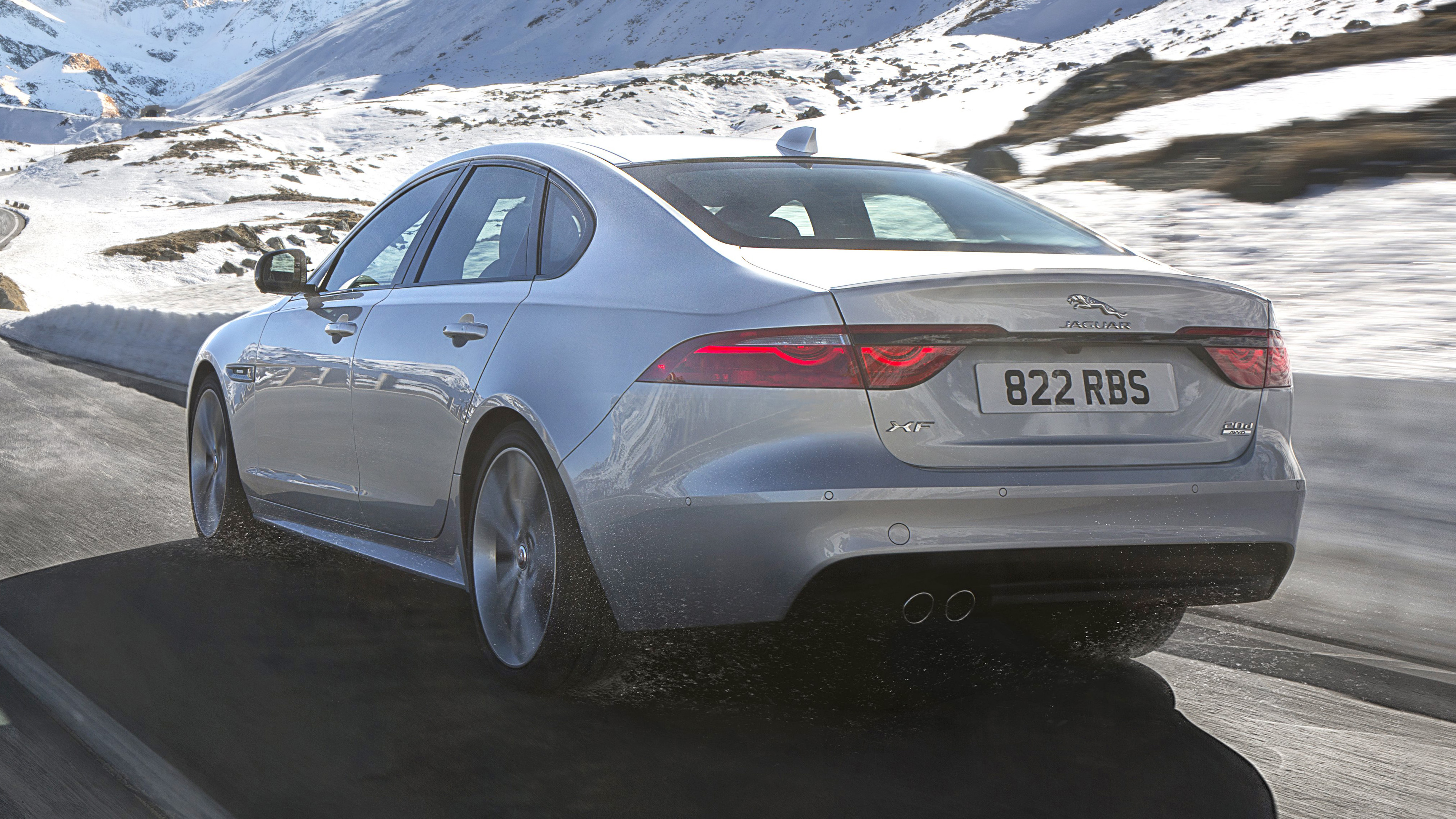 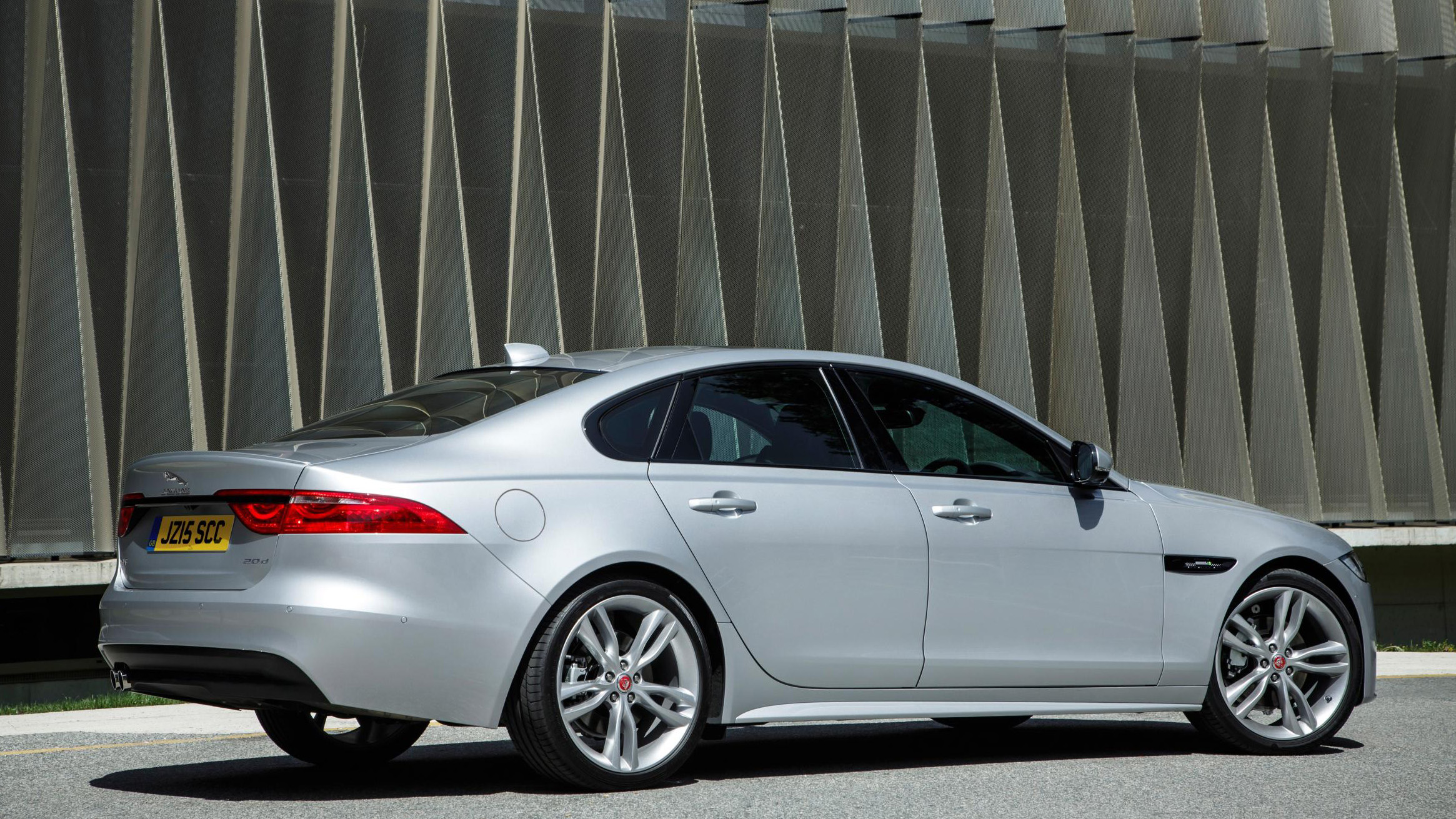 The Jaguar XF with its optional all-wheel drive transmission. It’s only available on the 180PS 2.0-litre diesel engine, and only comes hooked up to an eight-speed automatic gearbox.

Why would I need AWD?

The UK’s handful of days of snow each year see too many executive saloons hopelessly spinning their wheels in scaremongering news reports, but these systems hope to bring that to an end.

Are we? The rising demand for SUVs when the first flurries of snow arrive suggest people will happily panic-buy something rather elaborate to ease their worries. Even something that’s not as financially sensible and genuinely effective like winter tyres.

Jaguar offering what looks to be an affordable transmission upgrade in the dealer is probably quite a shrewd move.

How does the system work?

It’s similar to the one you’ll find in AWD F-Types, which no doubt brings extra kudos when you’re being directed towards that ticky box. Essentially, it remains a rear-wheel-drive car most of the time, with an electronic system called Intelligent Driveline Dynamics (IDD) sensing when slip might occur and sending an appropriate proportion of power to the front axle to balance things out.

So if it’s wet or icy and the car detects you’re about to slide, power will be shared between the two axles to stop your nerves from frying and your palms from sweating.

Unhelpfully, Jaguar appears to have introduced this car during what us British folk call a ‘heatwave’. So our experience thus far is on dry, warm roads.

There’s a little live-feed display that shows where the power is being sent, though, and with the traction control turned off for a clearer picture (and to increase our chances of being able to create some slippage), it made for intriguing viewing.

The front axle takes its share of power when you accelerate from a standstill, but quickly lets the rear do all the work, while you’ll be RWD only throughout a motorway cruise. 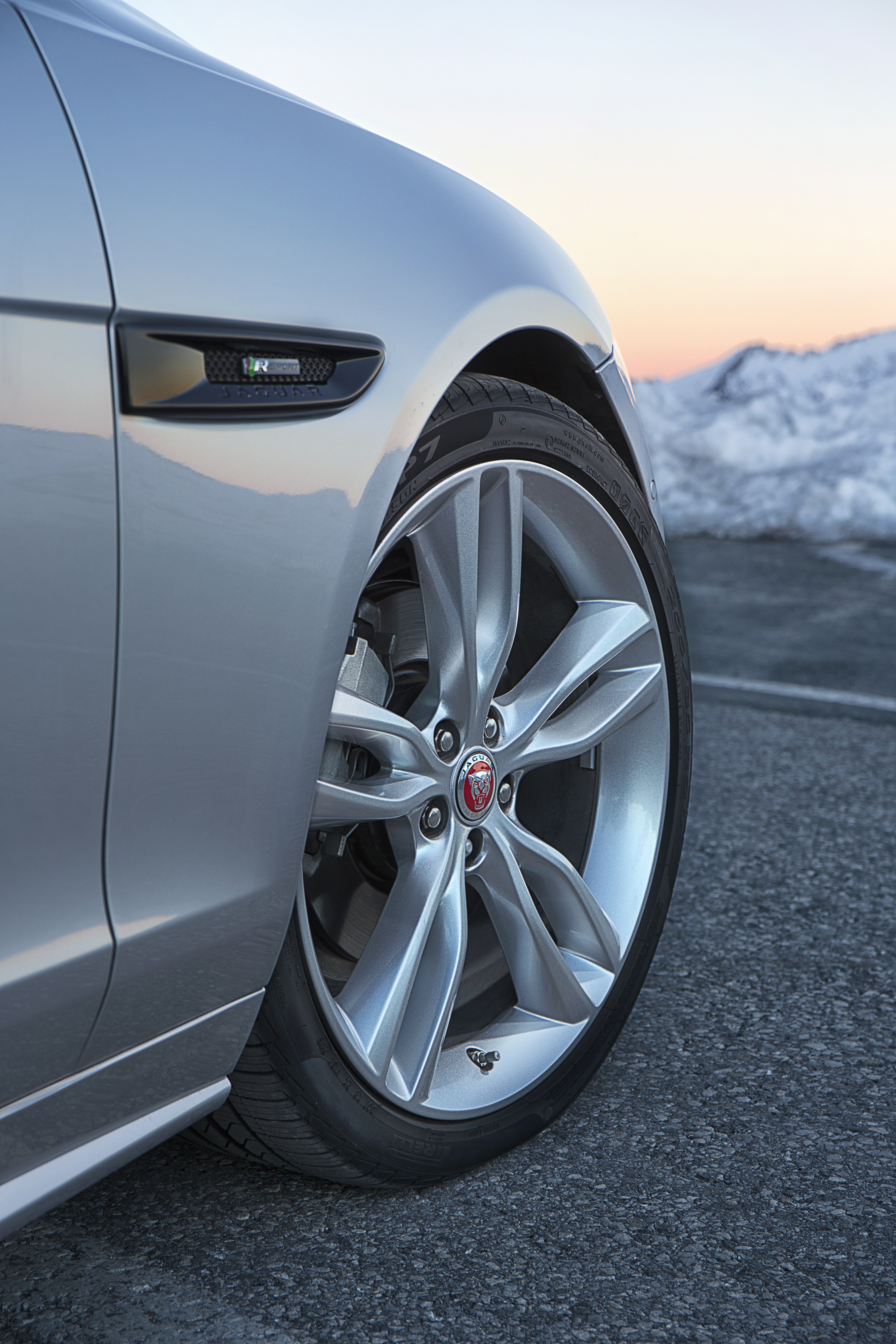 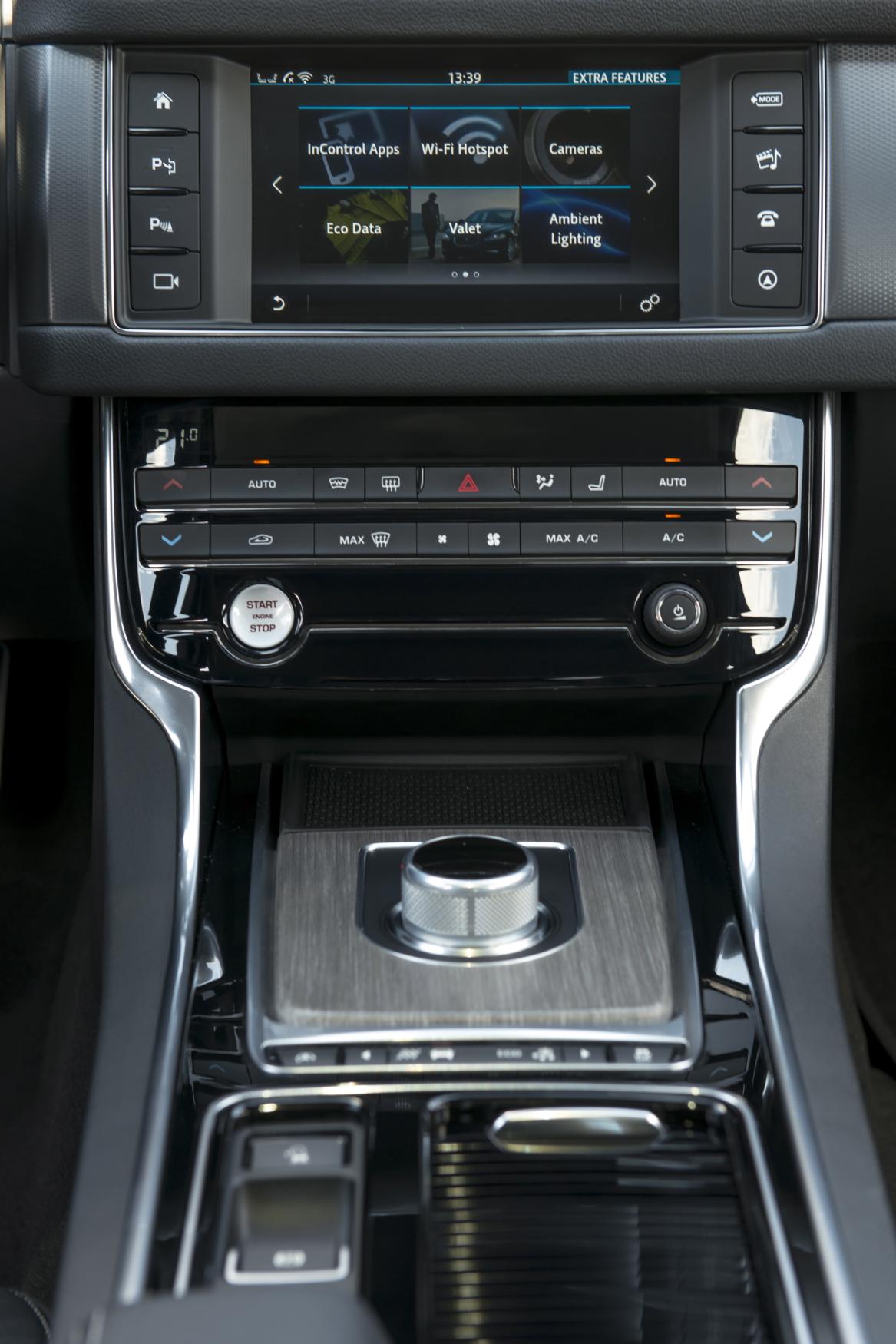 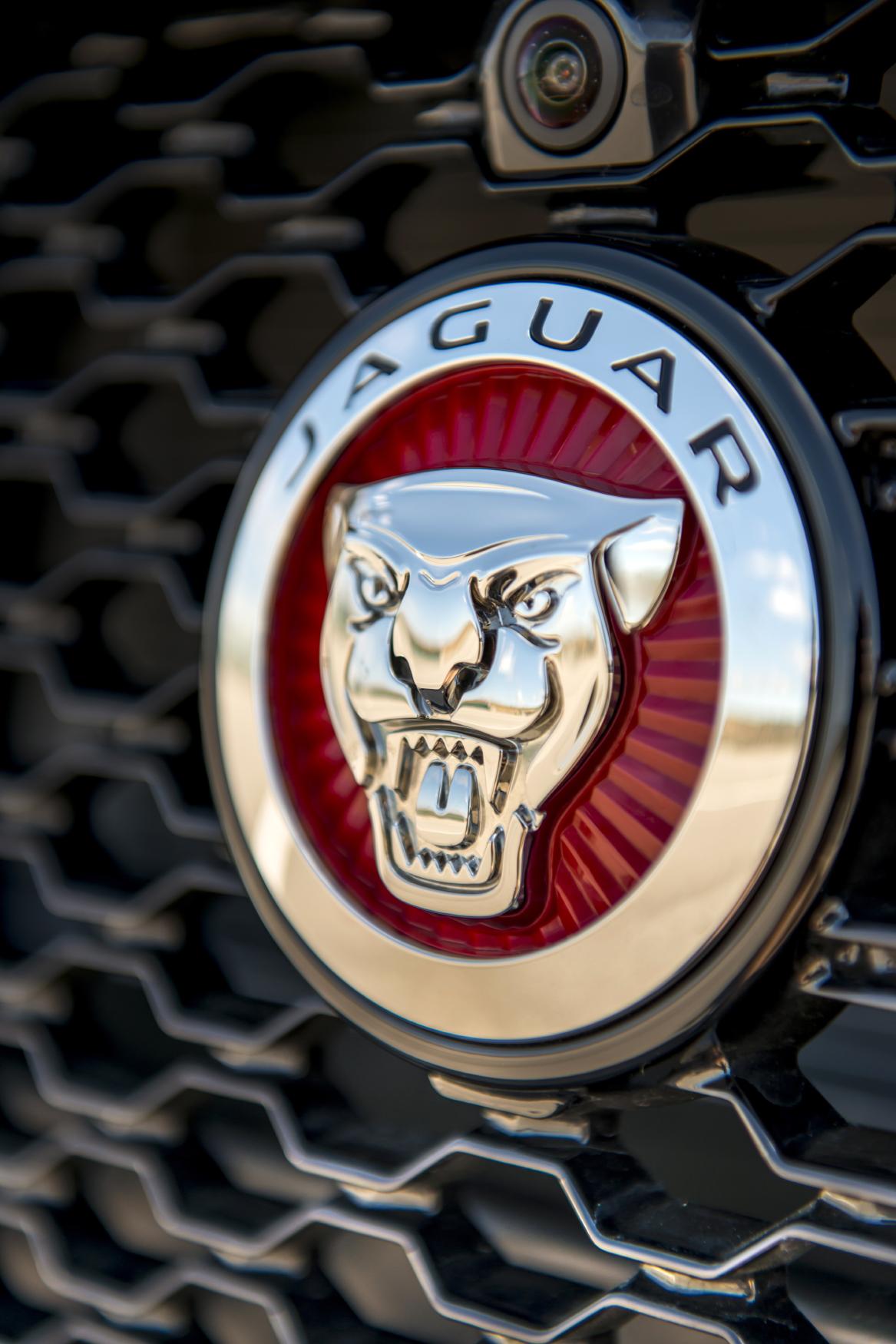 On roundabouts and corners, even with some mildly yobbish entry speeds, the car stayed almost steadfastly rear-driven. There was no scary slip and just the occasional slug of power sent to the front wheels. I suspect that the very sensible, not particularly scintillating 178bhp four-cylinder diesel engine simply doesn’t have the torque to cause any real issues unless the weather is treacherous.

That, and the XF is a lovely, agile car to drive. Perhaps a little less lovely in AWD trim if you’re interesting in exploring its balance, but it’s still about as adept and fun as a five-metre, 1.7-ton CO2-minded saloon can get.

We’d save the £1,800 (while gaining 8mpg and losing 15g/km of CO2, the XF AWD thirstier than standard at 57.6mpg and 129g/km), and spend it on some of the XF’s more glamorous options, such as a head-up display or one of its larger-spec infotainment screens.

If traction issues worry you, then so long as you’ve somewhere to store them, a set of winter or all-weather tyres will do more to reassure you than an AWD car on standard rubber.

What about the rest of the XF?

It remains our large saloon car of choice. Just. It looks very smart nowadays; you may think it resembles the smaller, cheaper XE too much, but in reality, their shared styling elements sit far prettier on the XF’s longer body.

Inside, Jaguar’s ergonomics are better than ever, though perhaps at the expense of character. It’s dowdier than we’d like inside, especially in light of how wonderfully idiosyncratic big brother XJ’s cabin layout is. It’ll divide opinion less, no doubt. But no passengers will be dropping their jaws.

And while Jaguar has made huge leaps with the quality of its media system – known as InControl Touch – we still suffered a few glitches and frozen screens in our time with the car. Nothing disastrous, but it’s an area in which German rivals remain a step ahead.