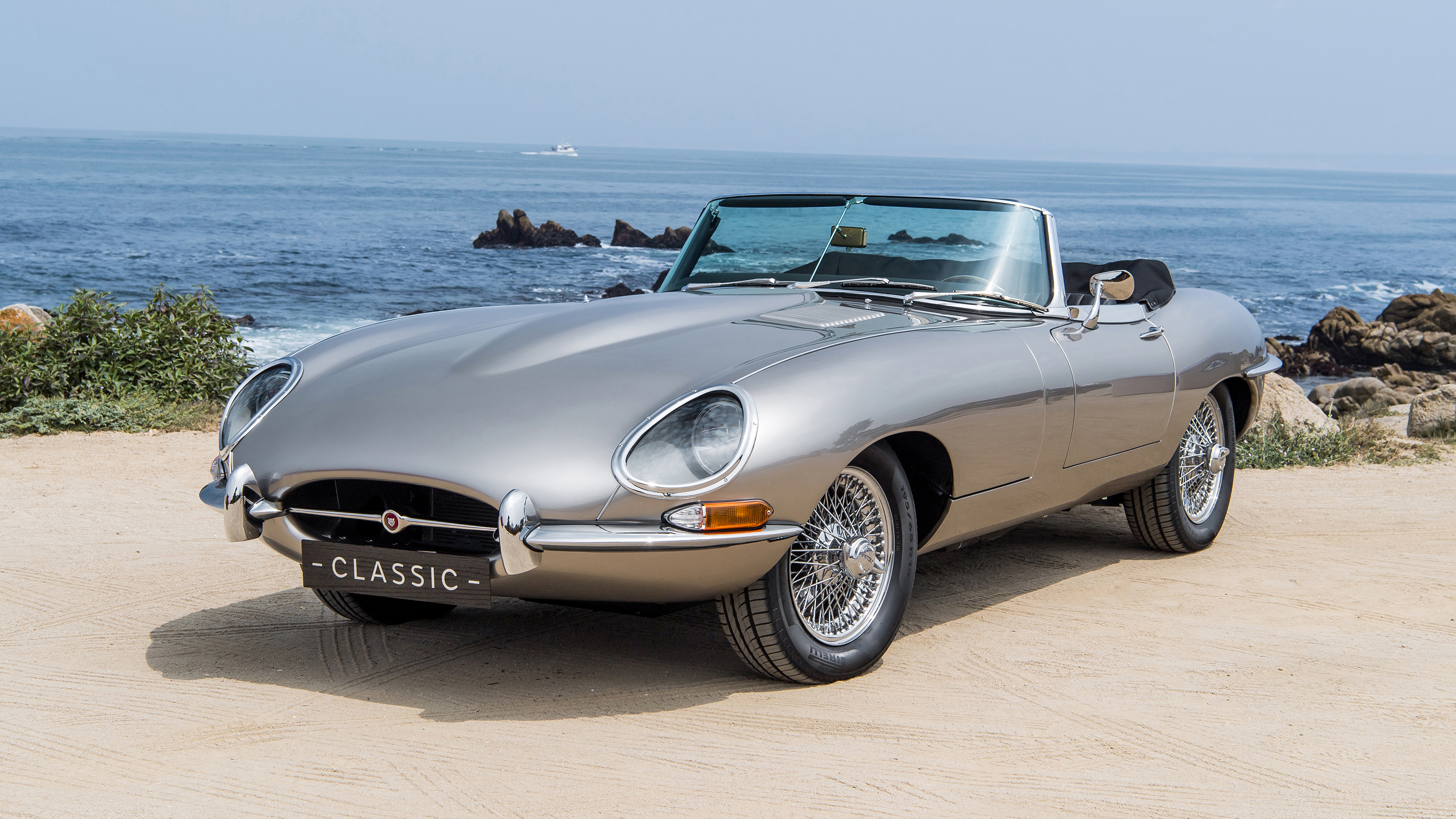 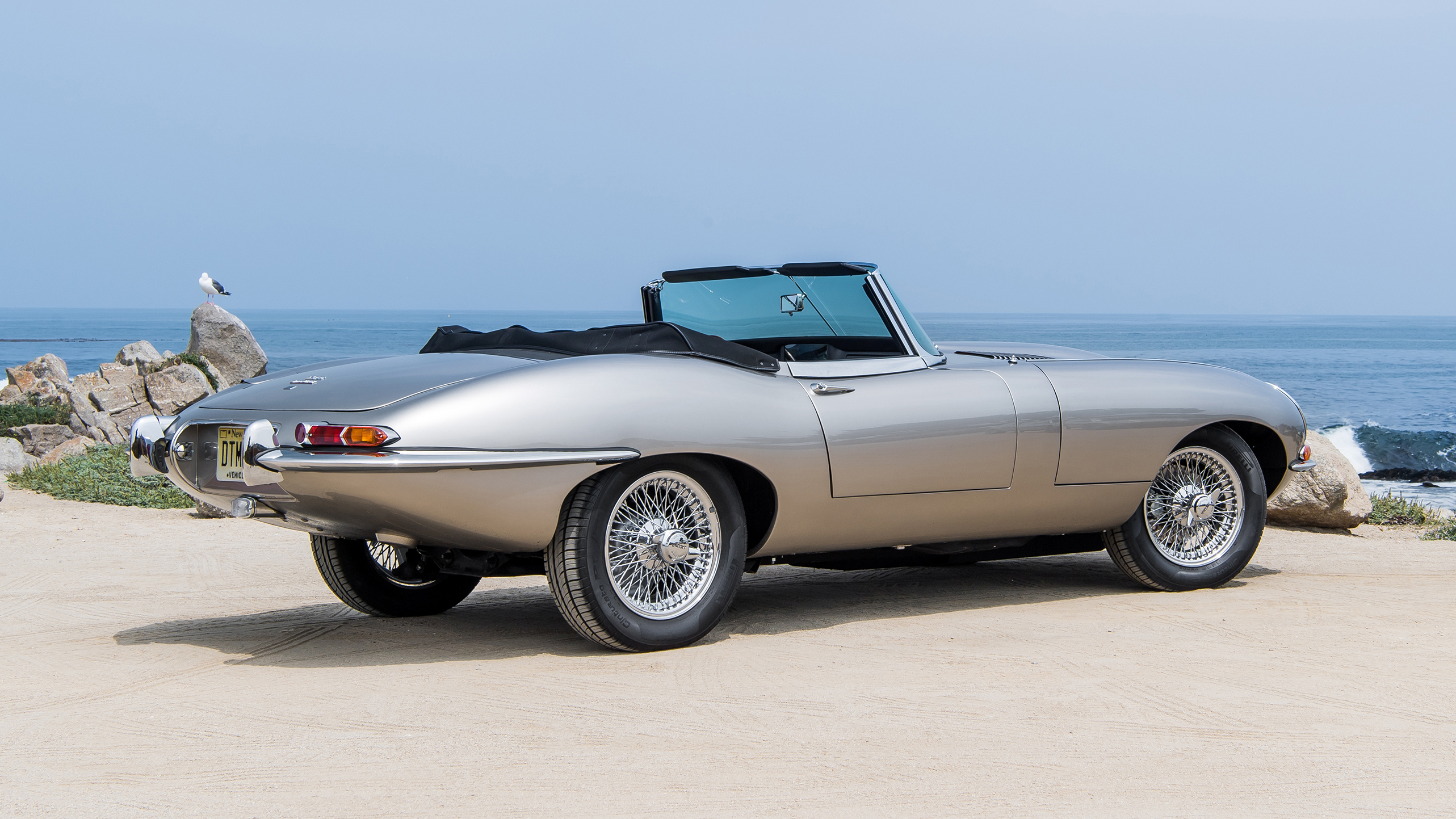 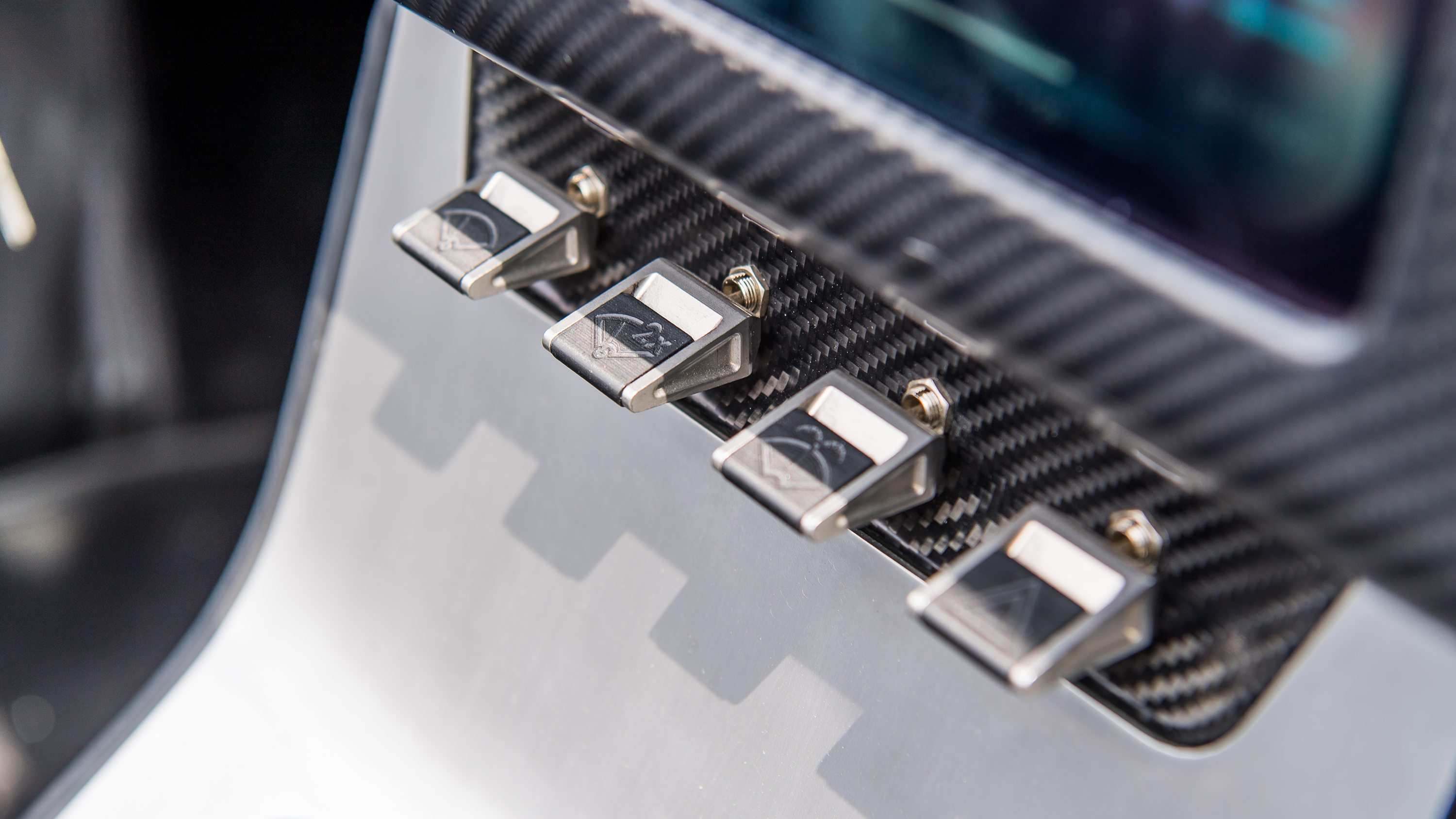 An electric E-Type? That’s going to cause controversy.

Sorry, got caught up in the whole driving-a-1968-Jaguar-E-Type-along-a-California-coast-in-the-sunshine thing.

Yes, you’re absolutely correct. It is a fully electric version of – as The Offensively Nerdy Automobile Act of 1267 urges us, by law, to write – the car Enzo Ferrari once described as the most beautiful in the world. Now, without its combustion engine underneath.

Indeed, inside Jaguar Classic’s skunkworks, it was titled ‘Project Marmite’. Because the company knew that ripping out the beating heart of a classic and instead fitting it with a full EV drivetrain would likely kindle a wave of aneurisms not seen since Land Rover fitted a wonky number plate on the new Discovery.

So why bother at all then?

Over to Tim Hannig, director of Jaguar Land Rover’s Classic division. Yes, that’s the same division responsible for the Defender V8 Works. They might want to look into changing their water filters over there.

“We’ve seen an increasing amount of metropolitan areas considering banning combustion-engined cars,” Hannig told TopGear.com. “This raised the concern of what classic car owners would do in the future. How do we future-proof classic cars?”

Not just that, but Hannig and his team have noticed a generational shift in classic car ownership, and needed to offer something different. “In the past it was people who either wanted to fettle the cars themselves, or pay somebody to do it for them. Now they just want to use them and enjoy them.”

Tell me what’s in the drivetrain.

Agreeably, Hannig and his team were totally against chopping up the E-Type’s frame to retro-fit an electric drivetrain underneath. “We wanted it to be reversible,” he tells us. So out comes the old engine and gearbox, and in slots the battery modules from the Range Rover PHEV, and inverters from the I-Pace. All proven tech, you see.

Technically, it’ll be like one physical bit – battery module, motor and reduction gearbox – that they then slot into the exact space left by that (heavy) engine and ‘box, along with one radiator to cool the inverter in the motor. Plus a few other bits. Also, the interior has been freshened up with a few modern conveniences. The whole thing looks fantastic all finished and ready. Clean lines, no mess.

Hannig’s reasoning is that because everything is basically ‘off-the-shelf’ from JLR’s big electric toy-box, it’s easier to put into production. “If we had to design everything new, we would never have been able to offer this.”

Tonnes of power, then?

Nope. Slightly less than an E-Type Series I – around 255bhp – but more torque (332lb ft). Though this priceless concept car weighs about the same as the SI E-Type, production versions will be slightly heavier at under 1,400kg because of battery casings, power steering and air-conditioning.

Is it fast? Again, yes but no. Yes, because 0-60mph in less than seven seconds for the production model is still a lot for a car originally built in the 1960s. But the car built in the 60s with an ICE does the same sprint in 6.7secs. Top speed isn’t 150mph like the 60s original, but 112mph. The range is pegged at 125 miles – perfect for a weekend drive.

Exactly like an E-Type. Entry acrobatics complete – you climb in and then shimmy down the seat into place – a warning was proffered to ‘go easy on the throttle’ straight off.

Easy to see why. This EV’s pace is quite startling. Not ‘I appear to be in jail’ startling, but super sharp; it does that weirdly satisfying thing of rocking back as you pin it, and that less weird but equally satisfying thing of feeling quick. That’s the wonderful thing about EVs: acceleration is never an issue.

So speed is more than acceptable. Steering? Lovely. Unassisted. Though production cars will come with some actual assistance, but otherwise it feels just like an E-Type feels. Suspension too, is from the Sixties, so it rides a little busily. However, what with this being a really expensive one-off prototype, we were only allowed a town run at suburban speeds.

The brakes are from the Series II E-Type – because they’re ‘period’ and better – and we’re happy to report that they… work. So that’s nice. Basically, the whole thing is all nice and lovely.

There’s no urgency to flatten your foot, but instead an immense feeling of calm. And of course, a hefty dollop of self-righteous smugness. Though, during our little test, a passer-by spotted us and urged us to rev it. Can’t win ‘em all.

Why not fettle the suspension too?

We asked the same question. Hannig replied: “We still think the E-Type is a good driving car. When you start changing things, where do you start and where do you stop? It will almost become a different vehicle.”

Different, aside from the fact that it’s fully electric. But we digress.

So it’s an E-Type shaped milk float then? Wonderful. Wonder what Enzo would have made of that.

This isn’t going to be universally loved or adored, and Jaguar Classic knows this. It likes this contradiction.

And, in perhaps the most explicit admission that not everyone will get on board, you can just slot the original engine and drivetrain back in. Simply head on over to Jaguar Classic, and they’ll do it for you. Bingo: your old E-Type is back.

A cool £300,000. But that’s for the whole thing. Assuming you’ve got an E-Type lying around that you want to change, Jaguar Classic will charge you £60k, and in a week’s time, two engineers will have crated your engine and ‘box and returned your E-Type with I-Pace power.

Surely part of the appeal of the E-Type is that engine noise?

Indeed. Hannig agrees, too. “I truly believe there is no right or wrong,” he told us. “I’m not offended by people who say ‘how can you do this to an E-Type’. That’s a totally appropriate response.”

Appropriate, yes, but we’d proffer that this is actually a really cool little project. Simply swapping out a more modern engine for the E-Type would’ve been too… common. This is something altogether more unique. A zero emissions classic.

Now, if you’ll excuse us, we’ve got to get back to the whole driving-a-1968-Jaguar-E-Type-along-a-California-coast-in-the-sunshine thing.