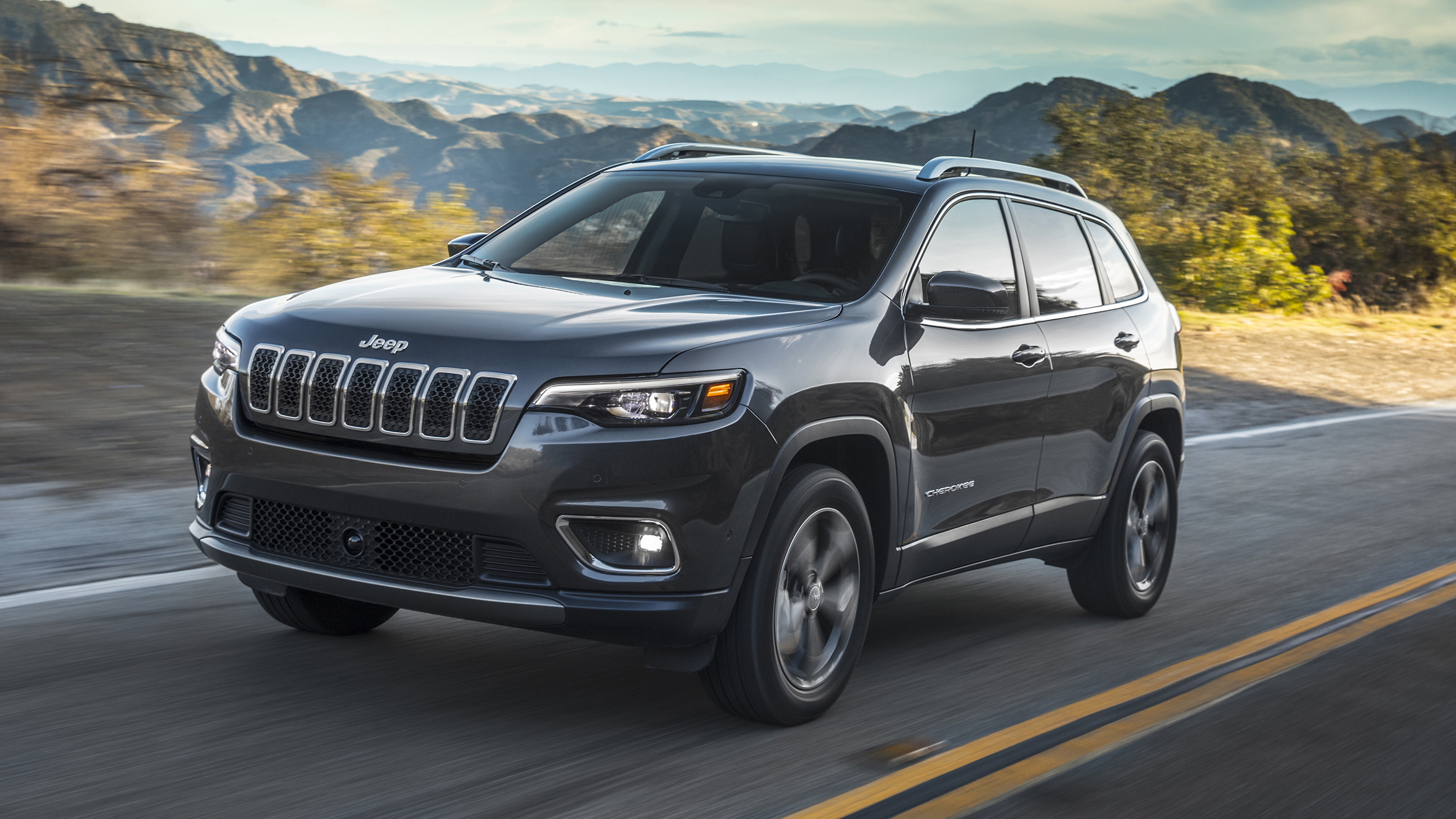 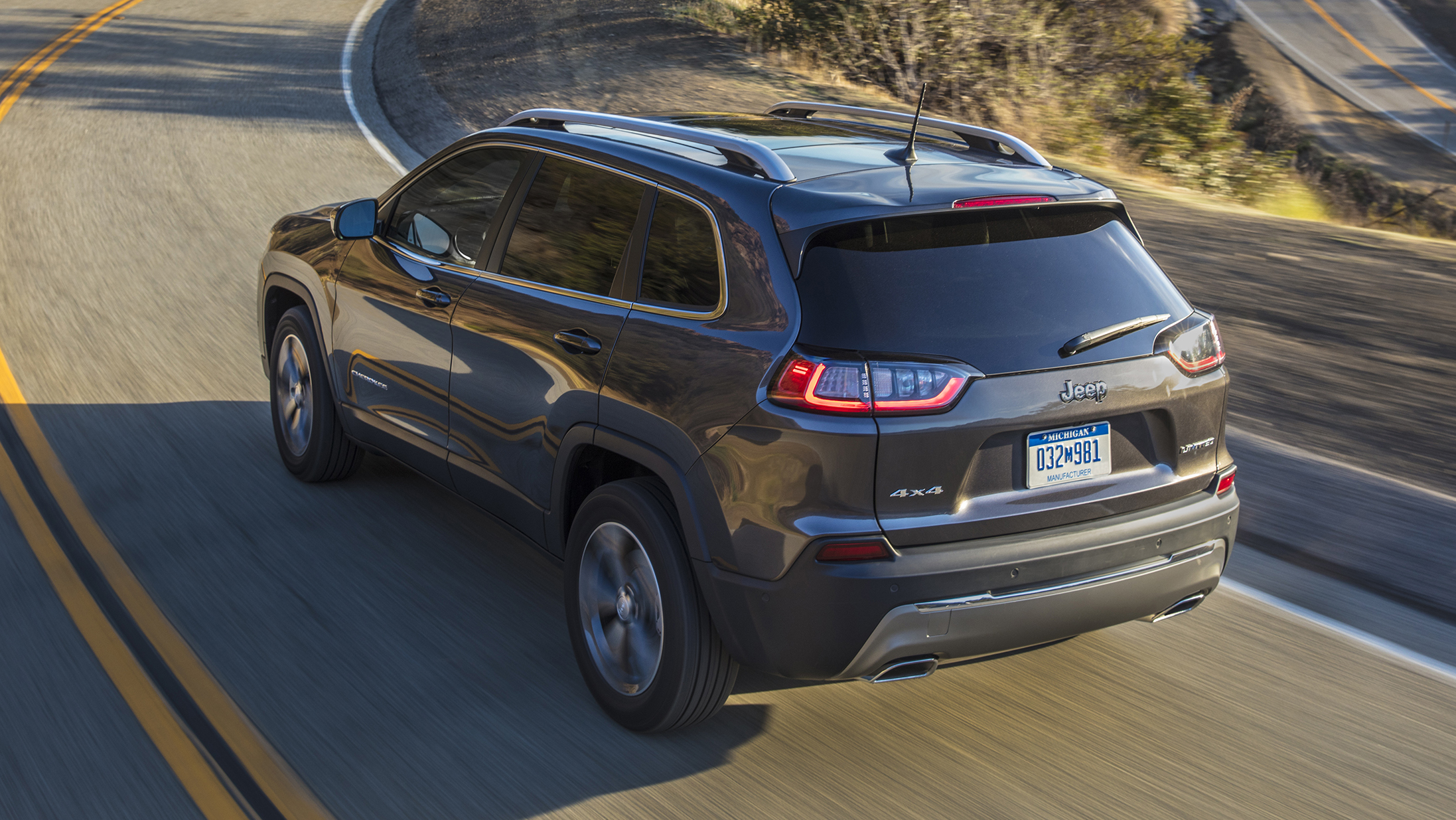 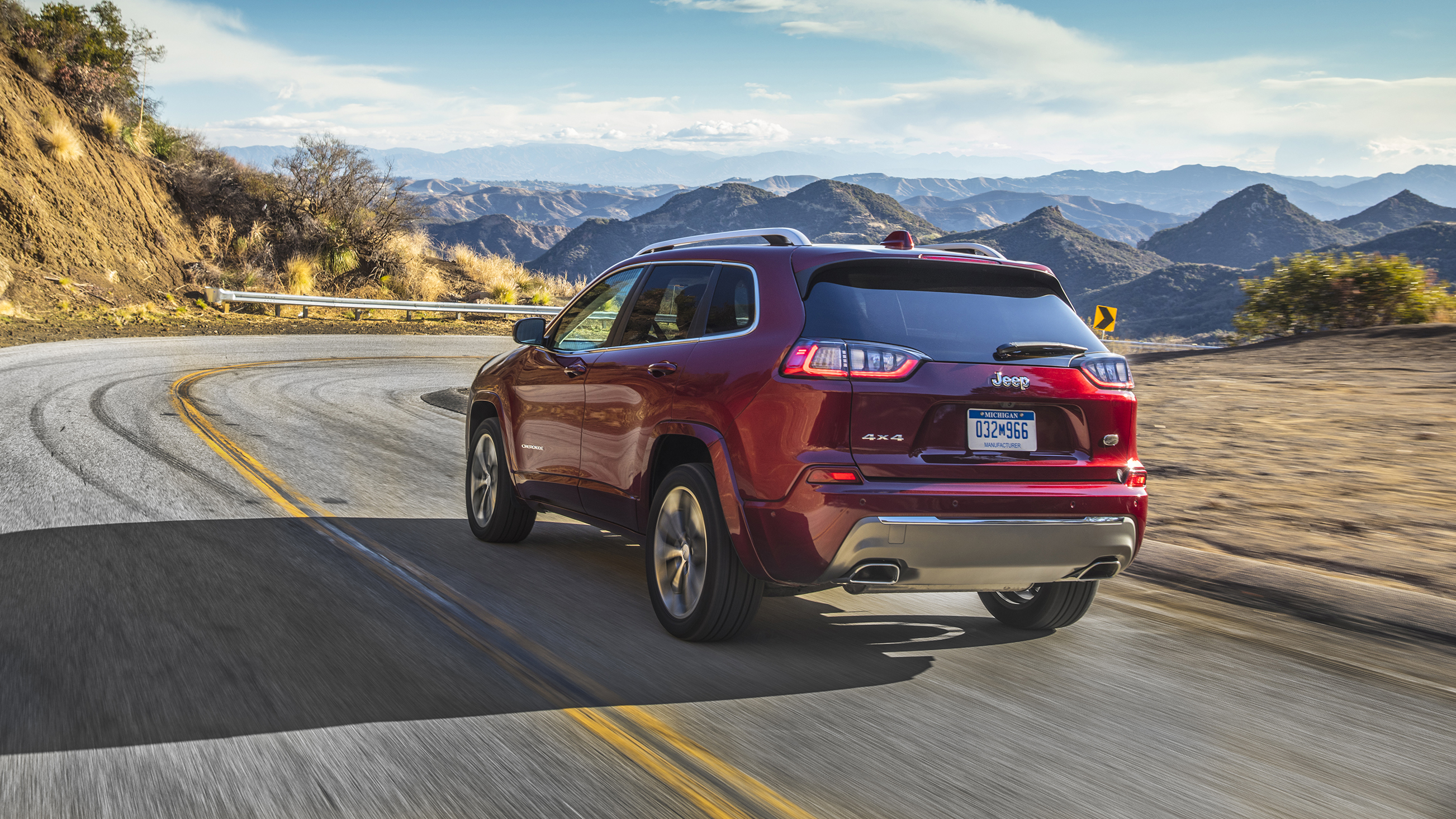 Yes, it’s a busy time for the Detroit-based company. Following the new Compass, the Hellcat-engined Trackhawk and the all-new Wrangler in the last few months, now we have the 2019 Cherokee, too. Why are we getting to see and drive this one so early? Because the current model, with it’s Marmite styling and merely average engine line-up, has been losing ground in the US to the class leaders, the Honda CR-V, Nissan Rogue and Toyota RAV4. The Cherokee sold less than half those models in 2017.

Well, you can immediately see the styling has been softened and made more mainstream. The whole of the front clip, from the A-pillar forward, is new. But the biggest change is that the LED headlights now incorporate the running lights and are on top of the wings instead of next to the grille. And the LED foglamps are now where you’d expect to find them. So with order now restored there, we can get on with looking at the rest of the car.

Are there any other design changes?

Yep. As well as the front re-org, the tailgate has been redesigned, too. The number plate is now in the centre of the door, not the base, which doesn’t sound like much but, again, just removes yet another reason not to like the Cherokee’s looks. While we are back there, there’s a kick-to-open sensor under the rear bumper now, too.

The quality of the all the materials plus the fit and finish are much better than the outgoing car’s. There’s the latest U connect system, which is one of the easiest and clearest to use systems on sale today. And there’s a new centre console. But other than that, and all the latest safety tech, the only noticeable difference is a smidge more rear load space.

Anything new in the engine dept?

The 2019 cars in the US are being offered with the only-just-adequate 180bhp/173lb ft 2.4-litre four, the stalwart 271bhp/233lb ft V6, which has the highest towing capacity, and a version of the range-topping 270bhp/295lb ft 2.0-litre turbo lump we’ve already sampled in different guises, in the Alfa Romeo Giulia and latterly the Jeep Wrangler. In the Cherokee the 2.0-turbo is fitted, as per the base 2.4 and V6 engines, with electric start stop, or ESS, not the mild hybrid set up as in the rock-crawling Wrangler. This top-spec engine also comes with an active noise cancelling package as standard. No word on diesels yet, but expect one to be added to the range before the car launches in Europe.

What about that nine-speed gearbox?

It’s much, much better in this version of the Cherokee. All the graunching and muddled changes have gone, replaced by a sweet and intuitive box that you now really don’t notice, unless you want to, on or off-road.

Ah yes, the off-road. What’s this one like in the dirt?

In one word: supreme. Offering no less than three different 4x4 systems which add increasing rock-hopping abilities, the Cherokee, which historically 65 per cent are specced with four-wheel drive, can navigate terrains which its more humdrum competition from Ford, Nissan and Honda would overheat and collapse just looking at. The Trailhawk version is still the king of the range, achieving what looks frankly impossible without breaking a sweat. If you do any off-roading whatsoever, this is the one you should get.

It’s better there, too. The ride is less choppy and the general NVH levels significantly lower, especially in the 2.0-litre turbo, so it’s more relaxing to drive. If you try and throw it around you’ll quickly find it doesn’t like it, so smooth and steady is the way to get the most from it. It’s nothing unsafe, just reminds you that this is a mid-sized SUV with off-road ability. Not a hatchback.

Worth waiting for then?

There is absolutely no question this Cherokee is a better car in pretty much every way. Having swapped its emoji-style face for more mainstream looks, added a smoother, more refined ride and handling plus a bit more luggage space – and that extraordinary off-road ability – there are now fewer reasons not to buy one. But let’s see what engines it arrives with and what the competition can come up with before we make any final decisions.