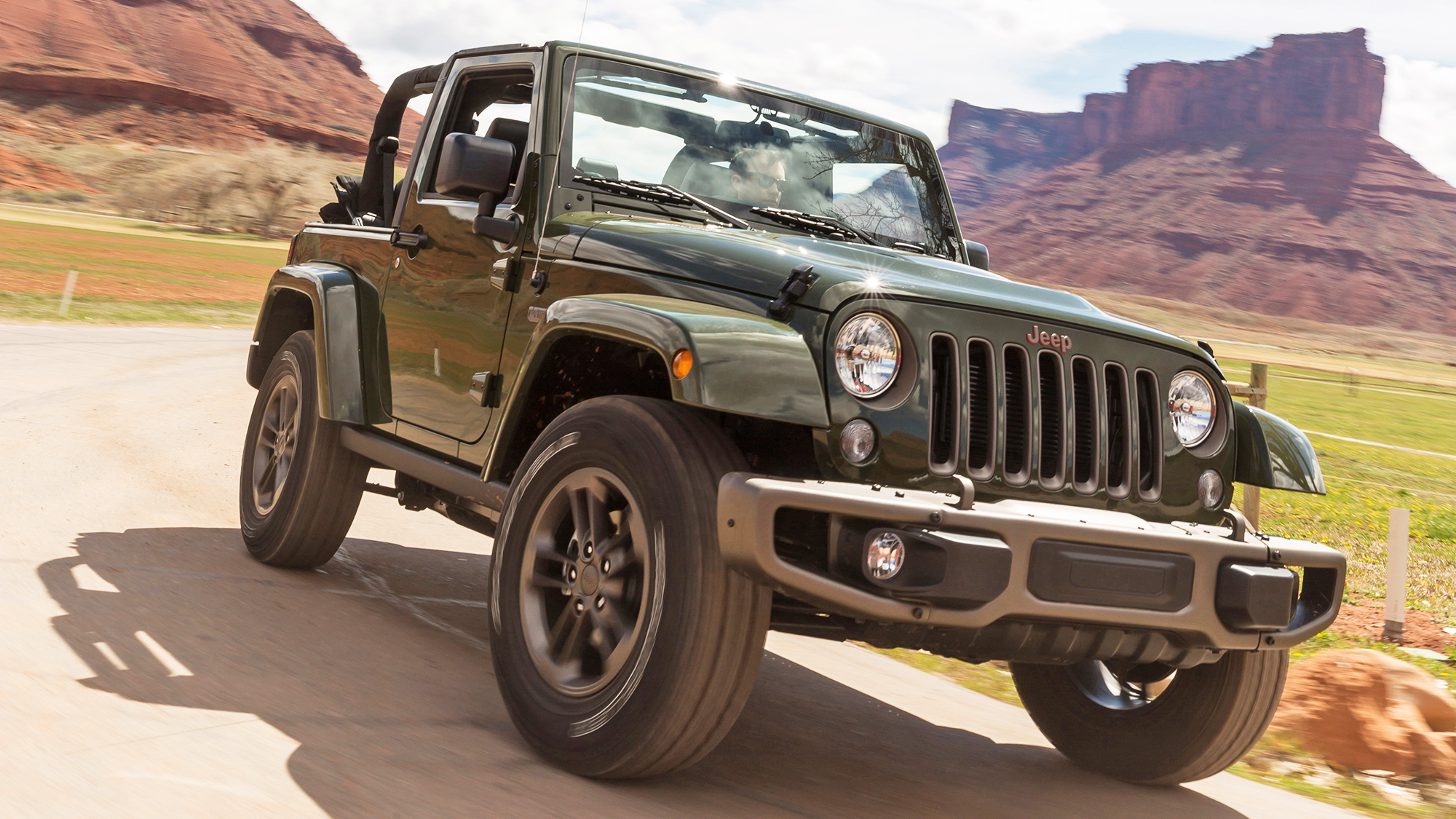 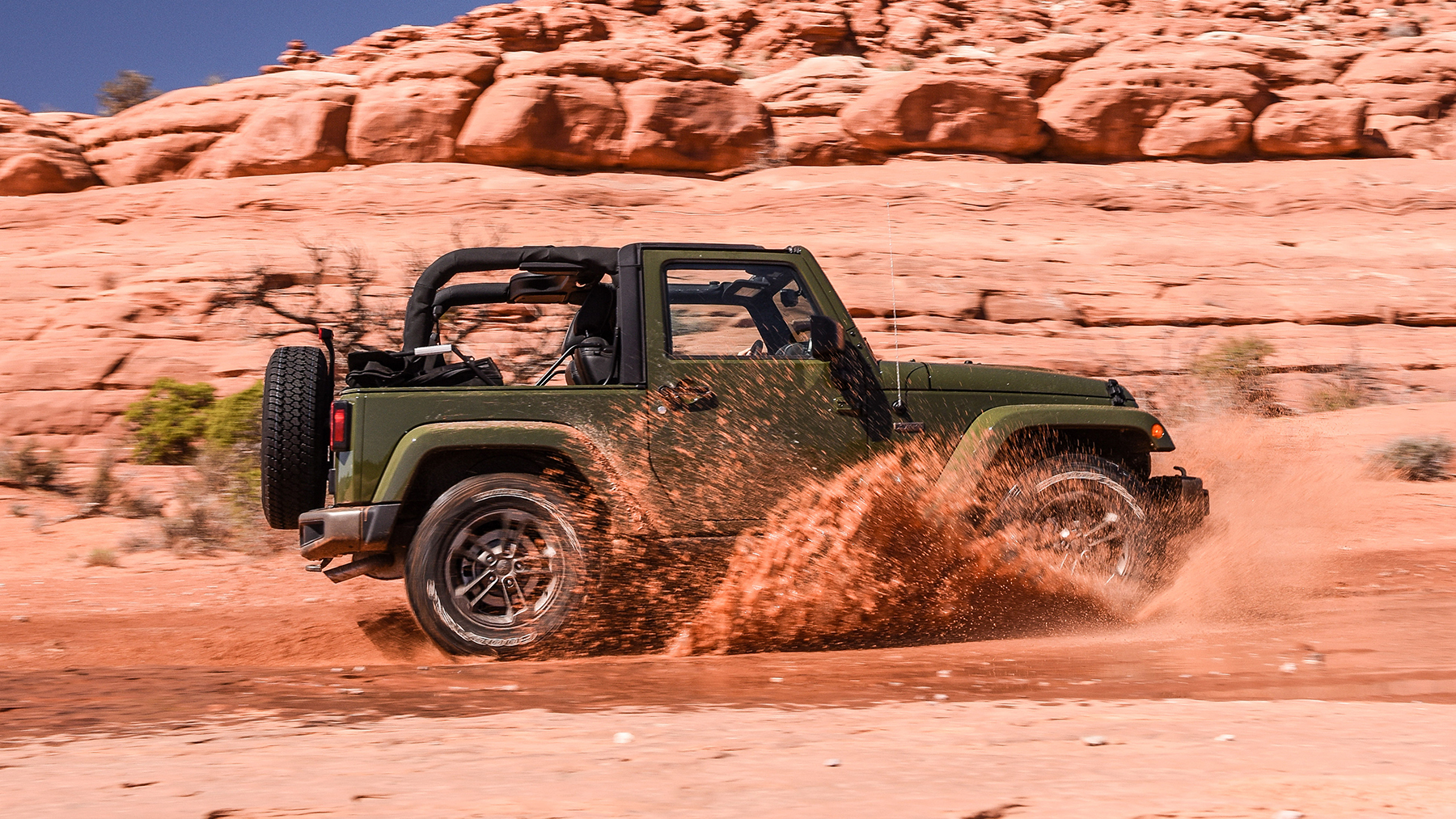 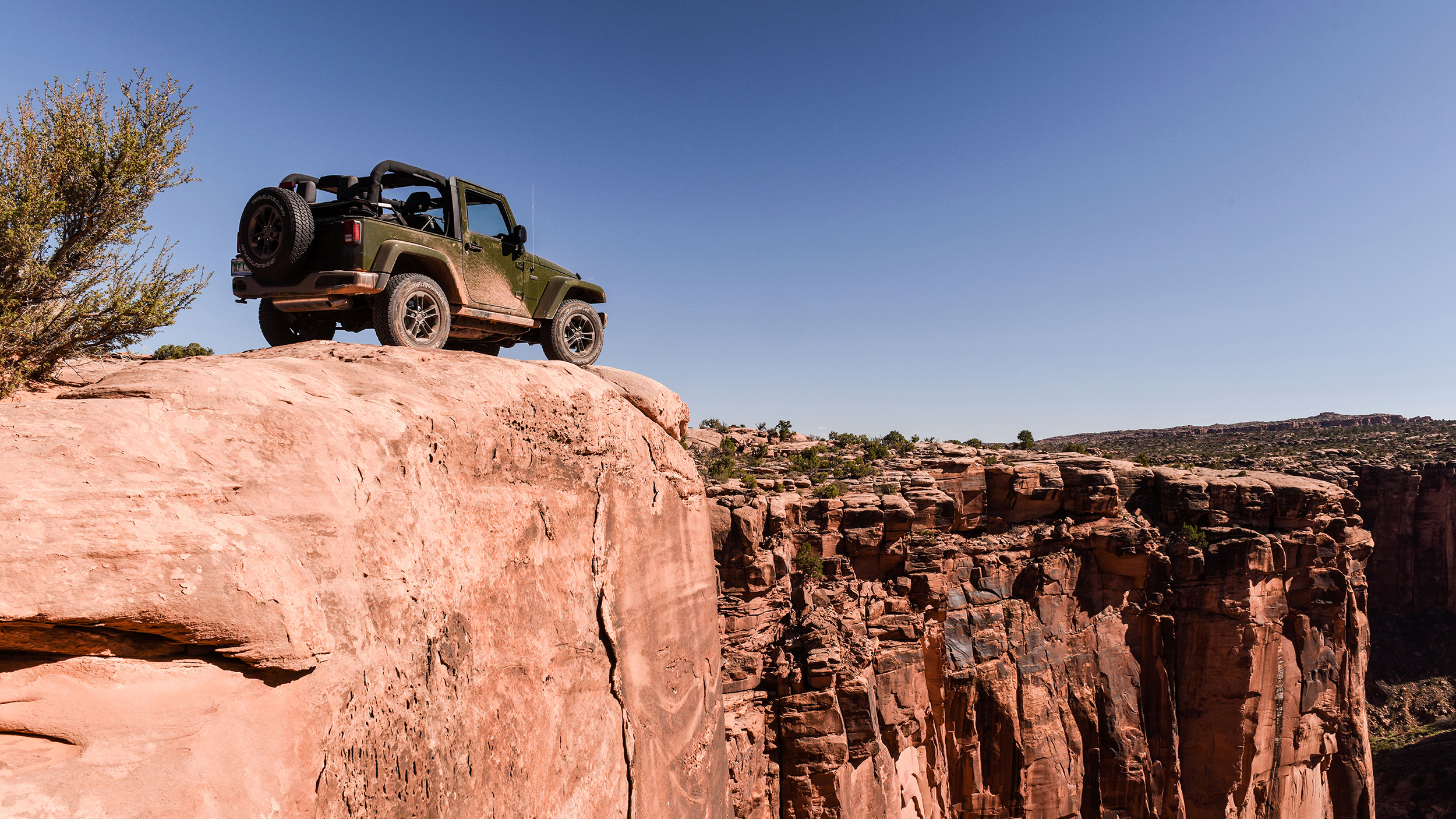 This isn’t a new car, surely?

Well, not really. It’s the Jeep Wrangler, tarted up for its maker’s 75th anniversary. Every car in the Jeep range gets its own special 75th Anniversary edition, but we’ve decided to focus on the Wrangler, because it’s the most interesting.

Firstly, it’s the car closest in style and spirit to the military Willys off-roader that kicked off the Jeep story back in 1941. And secondly, post-Land Rover Defender, the Wrangler suddenly has a portion of the car market all to itself.

Want something that prioritises off-road ability above new-fangled things like comfort and technology? Suddenly, your choice of brand new cars has dwindled. This 75th edition is a good reminder that Jeep makes a proper mud-plugging toy, even if it does stray from the recipe a bit.

The 75th treatment brings with it an array of goodies: there’s the option of new Sarge Green paint, there are 18in alloy wheels, limited-slip differentials, leather seats and a new sat nav and premium sound system. All in, prices start at a whisker under £35,000.

Worry not, though, as the interior still puts function comfortably above form. There are big chunky buttons, hardy plastics, and a very upright driving position. But the simplicity is welcome: its slab sides are easy to place through gaps, and you can see the whole of the bonnet, an increasingly rare thing, and one that can prove invaluable.

I take it you mean off road.

Where else? The Wrangler is not known for being plushly suspended and whisper quiet at cruise. You buy one of these with the intention of getting it utterly scruffy.

And it feels rather invincible when you do. There are no electronic modes or dials to fiddle around with, as is the SUV norm these days. Rather you pitch up to some rugged terrain, slot it into four-wheel drive and low-range gearing, and then overcome whatever nature has laid out ahead of you. No underbody graunches, no wheels dangling innocuously in the air. There's hill descent control nowadays, but using that rather feels like inputting a cheat code.

Does anyone actually do that?

Head to America’s wilderness, where the scale of the terrain and the strength of brand loyalty loom large, and the things are everywhere. Jeep claims demand is double the size of its production capacity. Most of the Wranglers made stay in the US, for maximum profit. But more could come to the UK to capitalise on the space left behind by the Defender.

The Wrangler comes with two options: a 281bhp 3.6-lite V6 petrol and a 197bhp 2.8-litre four-cylinder turbodiesel. Much as it pains us to say it, you want the diesel; it has a shedload more torque, with the peak delivered at 1,600rpm as opposed to the petrol’s 4,300rpm. This matters when you’ve dicey obstacles or steep hills to overcome. And you're not shunning a particularly sonorous six-cylinder, anyway.

What you don’t get a choice in is gearbox; both are linked to a five-speed automatic, which is fine, but a nice chunky manual shift would probably feel more at home in a car such as this.

What other options do I get?

Two and four door versions, and you can have a convertible roof if you want, too. The Wrangler has offered this since its conception in 1986, and its spiritual ancestors came with drop tops too. Don’t go thinking the Range Rover Evoque cabrio is some kind of pioneer.

And while that Evoque might have you sneering, the Wrangler should only make you smile. Admittedly we’ve been driving it in sunny Utah, where the rolled back fabric top allows a better look at the ginormous and wonderful scenery, as well as swifter pinkening of the forehead. But it’s genuinely good fun (and actually rather helpful) to biff about on unruly tracks with every one of your senses properly involved.

Are you seriously saying I should buy a Wrangler?

It’s easy to be a bit smitten when you drive a car in its absolute heartland. And steering an antiquated 4x4 with a fabric roof through rainy North Circular traffic is doubtless a hell of a lot less fun. Though you can have a hard top...

But the Wrangler is one of those sorts of cars that should brighten the car fan’s life just by existing: it has that singularity of focus that makes a Porsche 911 GT3 RS, Rolls-Royce Phantom or Fiat Panda so utterly appealing in their respective fields. And like it or not, Jeep has no plans on changing it anytime soon. 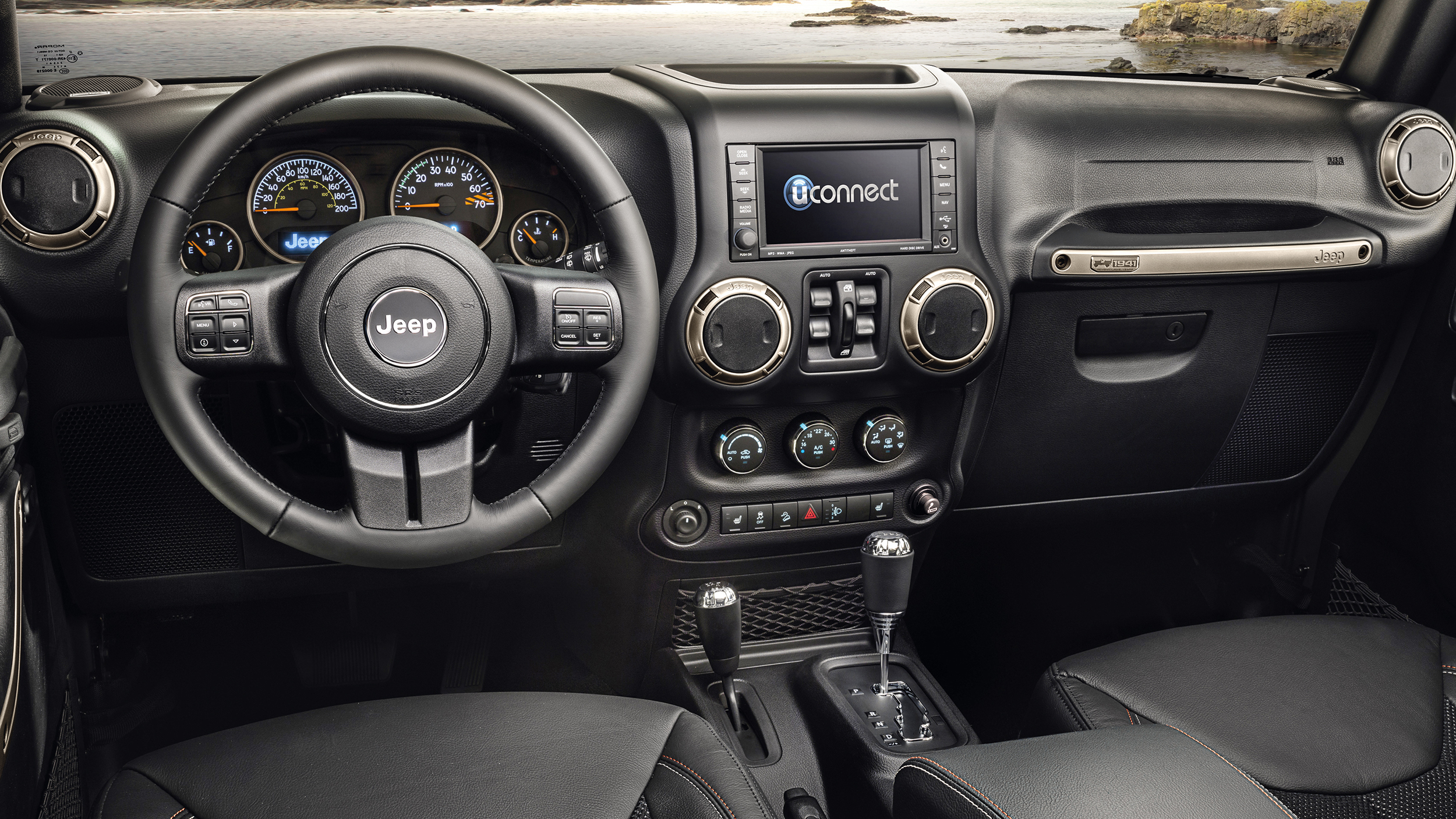 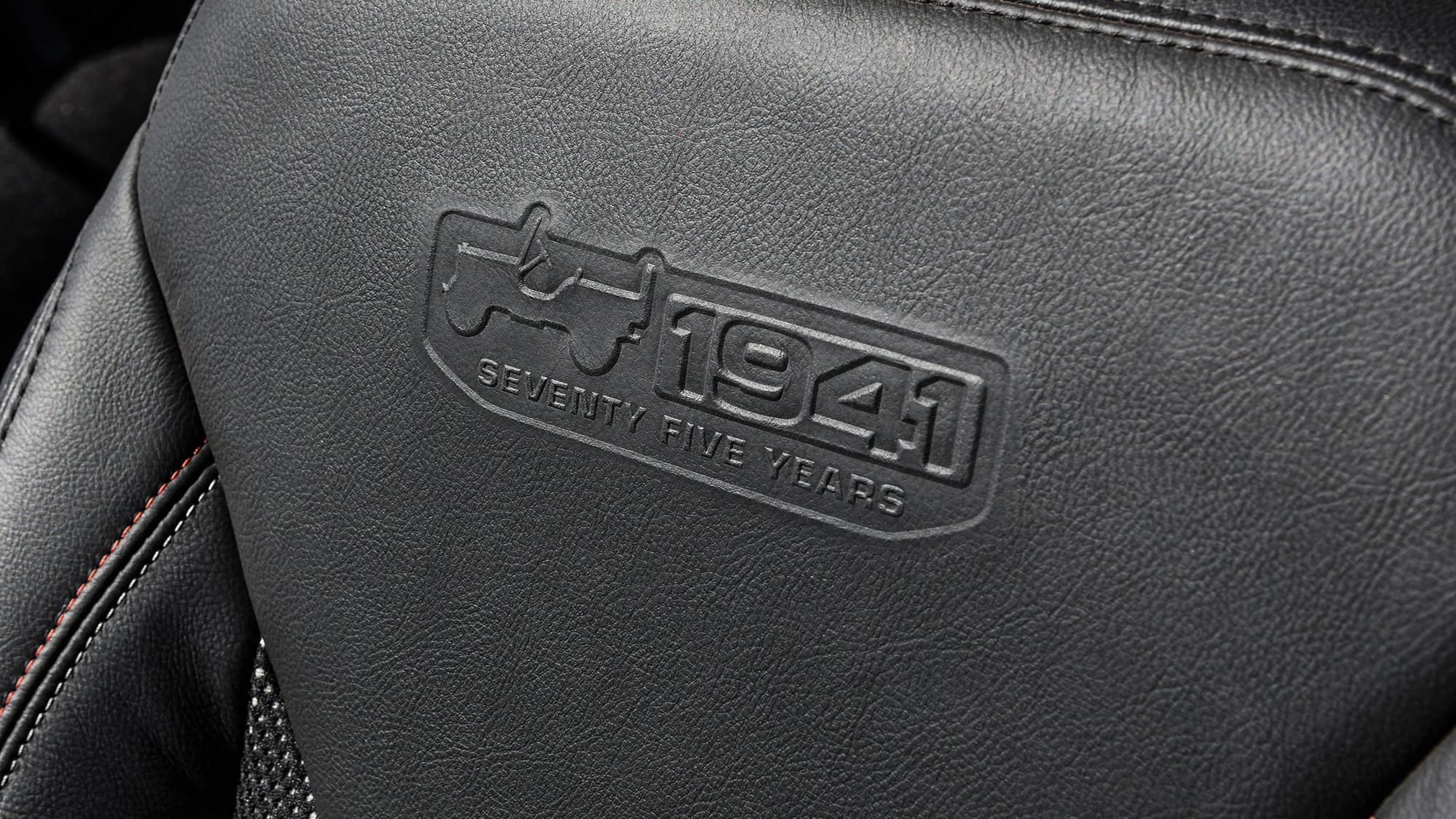 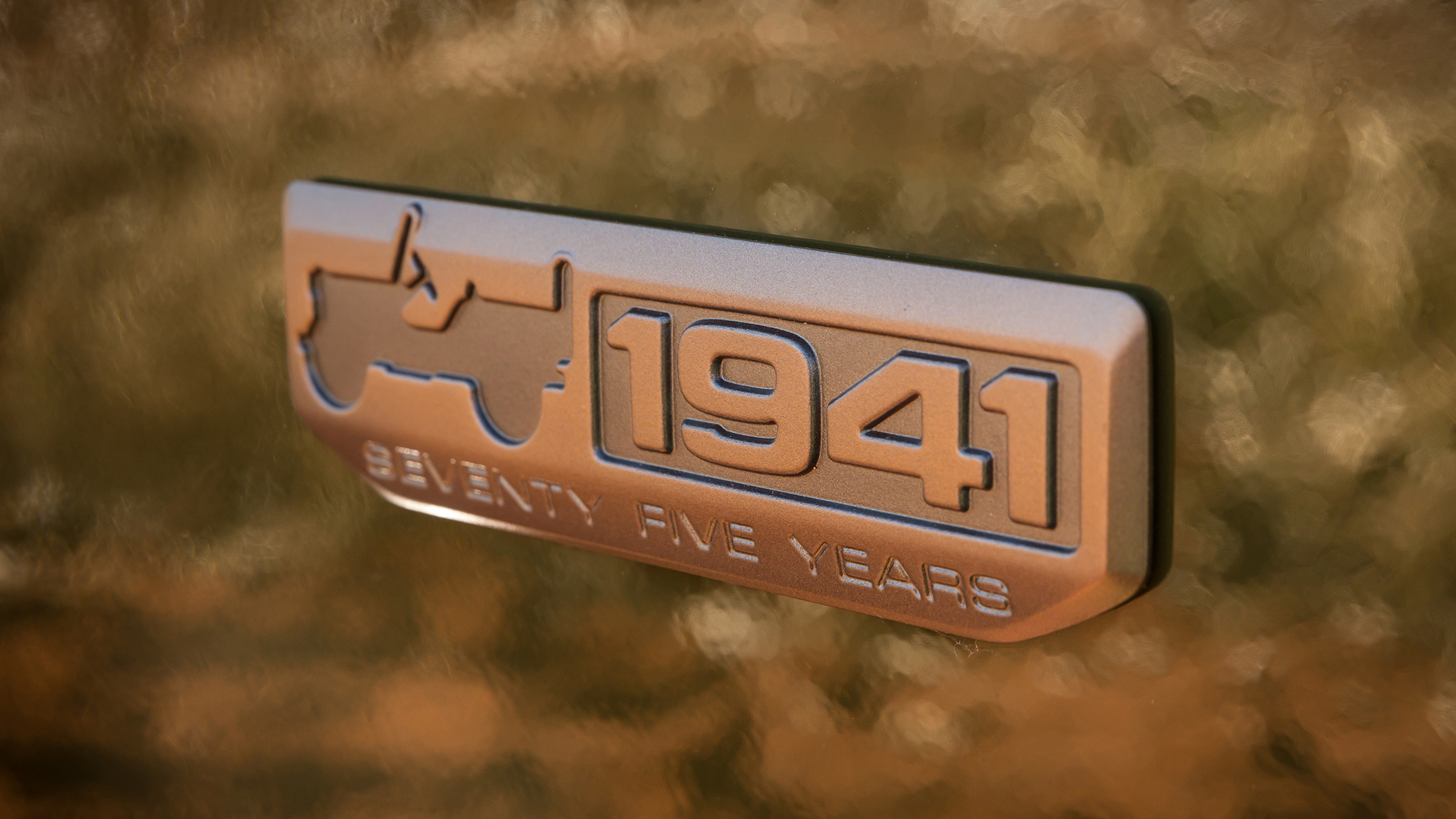