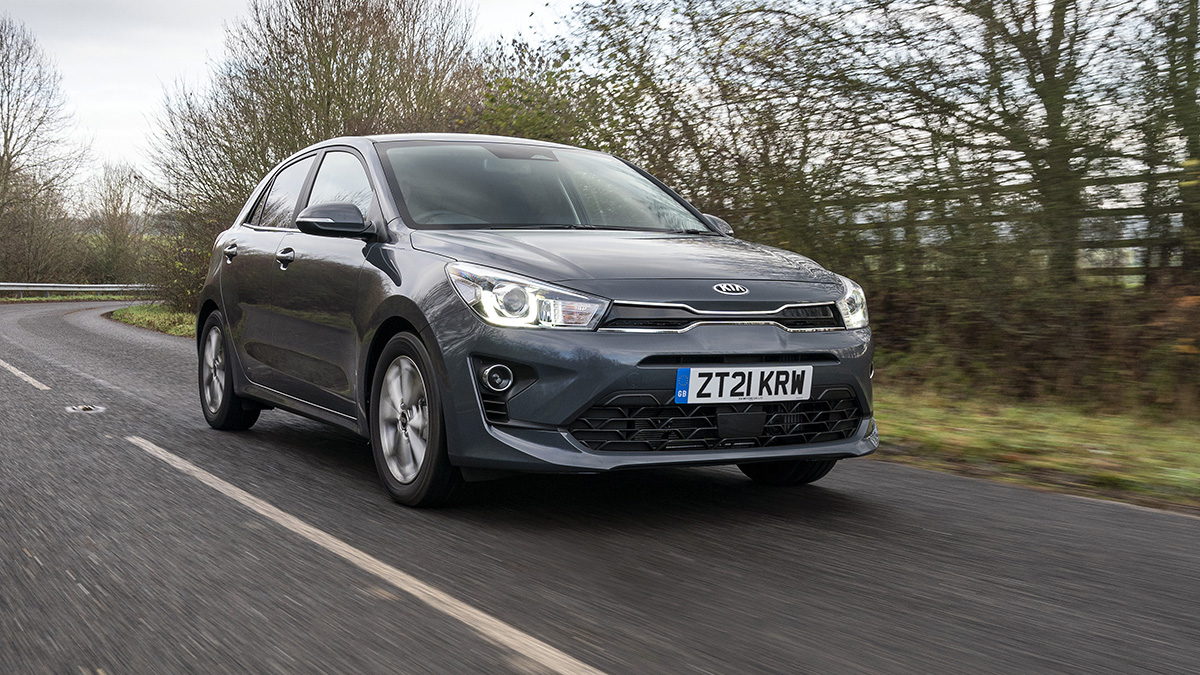 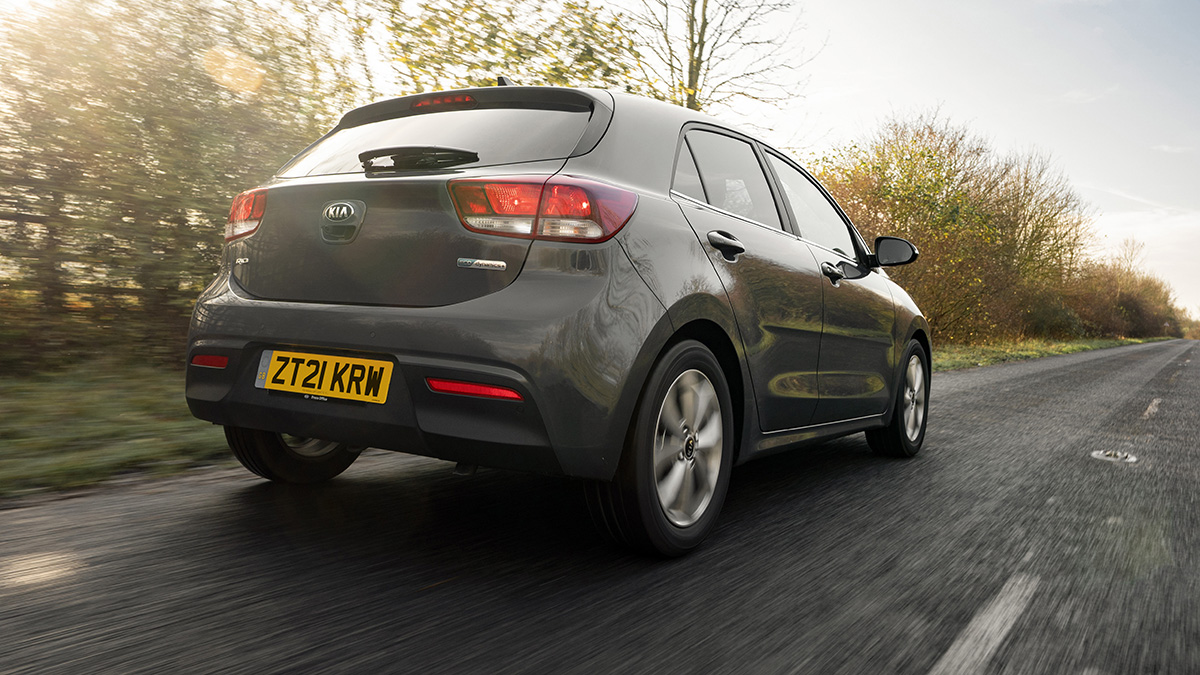 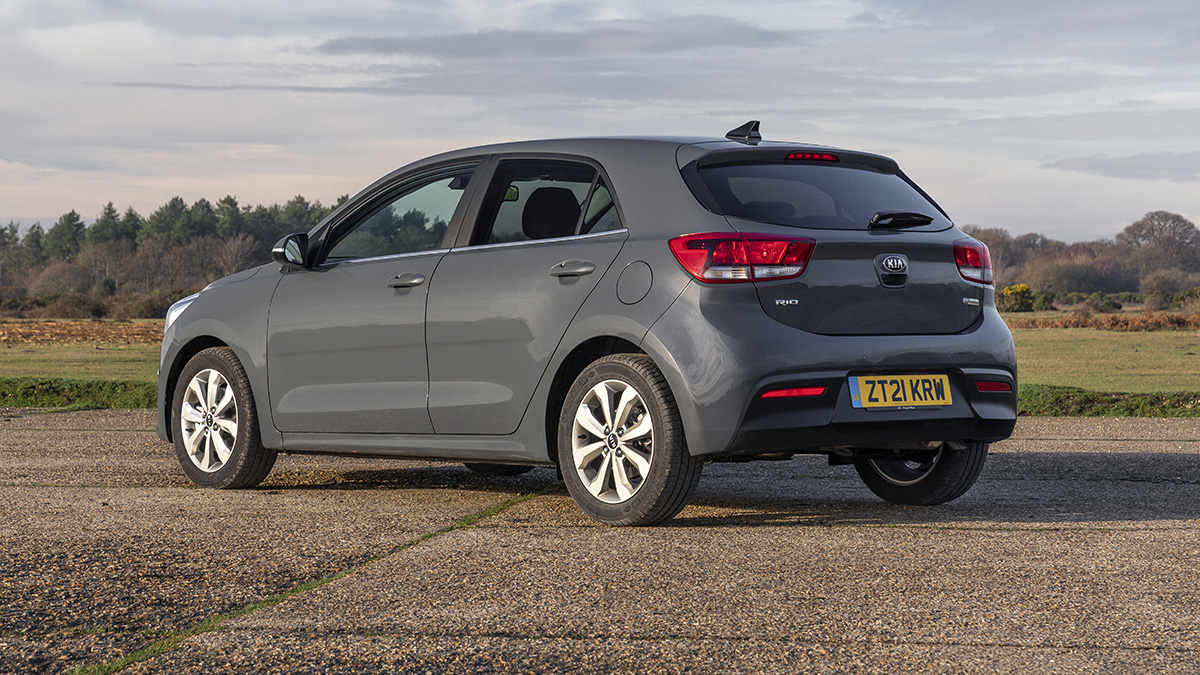 For several generations the Kia Rio slaved away offering a solid value, practical proposition that was overlooked in favour of more eye-catching rivals. If you did the maths it was a worthwhile option, but it wasn’t until 12 years in and its third generation that Kia hired hotshot German designer Peter Schreyer to give it a makeover. Suddenly people were paying attention – same old Kia reliability and aftermarket support, now with a stylish new look.

It needs to work hard, the Rio, because it sits in perhaps the hardest fought category of them all, the supermini. It’s up against the likes of the Vauxhall Corsa, Peugeot 208, Skoda Fabia and Ford Fiesta – all worthy contenders with much to recommend them. It also faces stiff competition from the car it shares a platform with, the i20 from sister manufacturer Hyundai.

Now in its fourth generation, the Rio was overhauled back in 2017 and recently got a bit of a facelift to keep pace with rivals. Global, the Rio is Kia’s worldwide bestseller, but in the UK it is somewhat overshadowed by the competition and outsold in the Kia stable by the Sportage SUV and Ceed family hatch.

What stood out as a new look for Kia in 2011 has since dulled into familiarity, and the same old problem looms for the Rio, as buyers flock to cars that are more stylish, or better to drive. This hard-working supermini has never quite managed to shake off the impression that it’s for people who see cars in the same vein as their household electrical appliances rather than true motoring enthusiasts.

The latest Rio dropped the three-door option because of low demand, and while rivals get all-electric options, the Korean car’s recent mid-life facelift has introduced a 48V mild hybrid powertrain aimed at boosting economy while keep the purchase price down. Will that be enough?

Don’t blink, otherwise you’ll miss the changes that Kia has made to keep it small car looking fresh – the firm’s signature ‘tiger nose’ front end remains, but it doesn’t have the same impact as it did when it was introduced 10 years ago. Indeed, there are better looking, more distinctive superminis out there if style is what you’re after.

Trim options have been streamlined, with the Rio available in four specs named 1, 2, 3… and the top spec GT-Line S model is the odd one out.

The engine range has been similarly slimmed down ­– there are two different motors, an 83bhp 1.2-litre petrol that comes with a five-speed manual gearbox in 1 or 2 trim, or a 1.0-litre 3cyl option that comes in either 99bhp (just on the 2 model) or 118bhp guise (3 upwards) and with six-speed manual or seven-speed DCT automatic gearboxes. 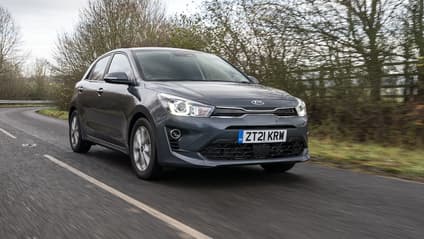 The Rio is a classic example of the car as a white good – you don’t need your washing machine to be stylish, you just want it to get the stains out of your pants. Kia isn’t reaching for the stars here, and the Rio does everything you ask of it in a perfectly civil fashion.

It’s all very easy to use and quite roomy for a supermini – easy to get on with, provided you aren’t bothered by its occasionally uncouth ride and road noise.

There are superminis out there that are more refined, more stylish and more practical, but the Kia offers a winning combination of decent spec and an industry-leading aftercare package.

The high point of the range is probably the ‘2’ spec car with the 1.0-litre engine – it offers the best balance of perky 3cyl engine and reasonable amount of kit. 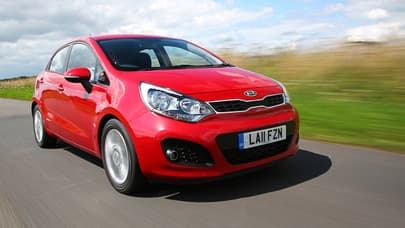