Read why you can trust our independent reviews
Jason Barlow
Published: 23 Sep 2016
comments
Skip 15 photos in the image carousel and continue reading 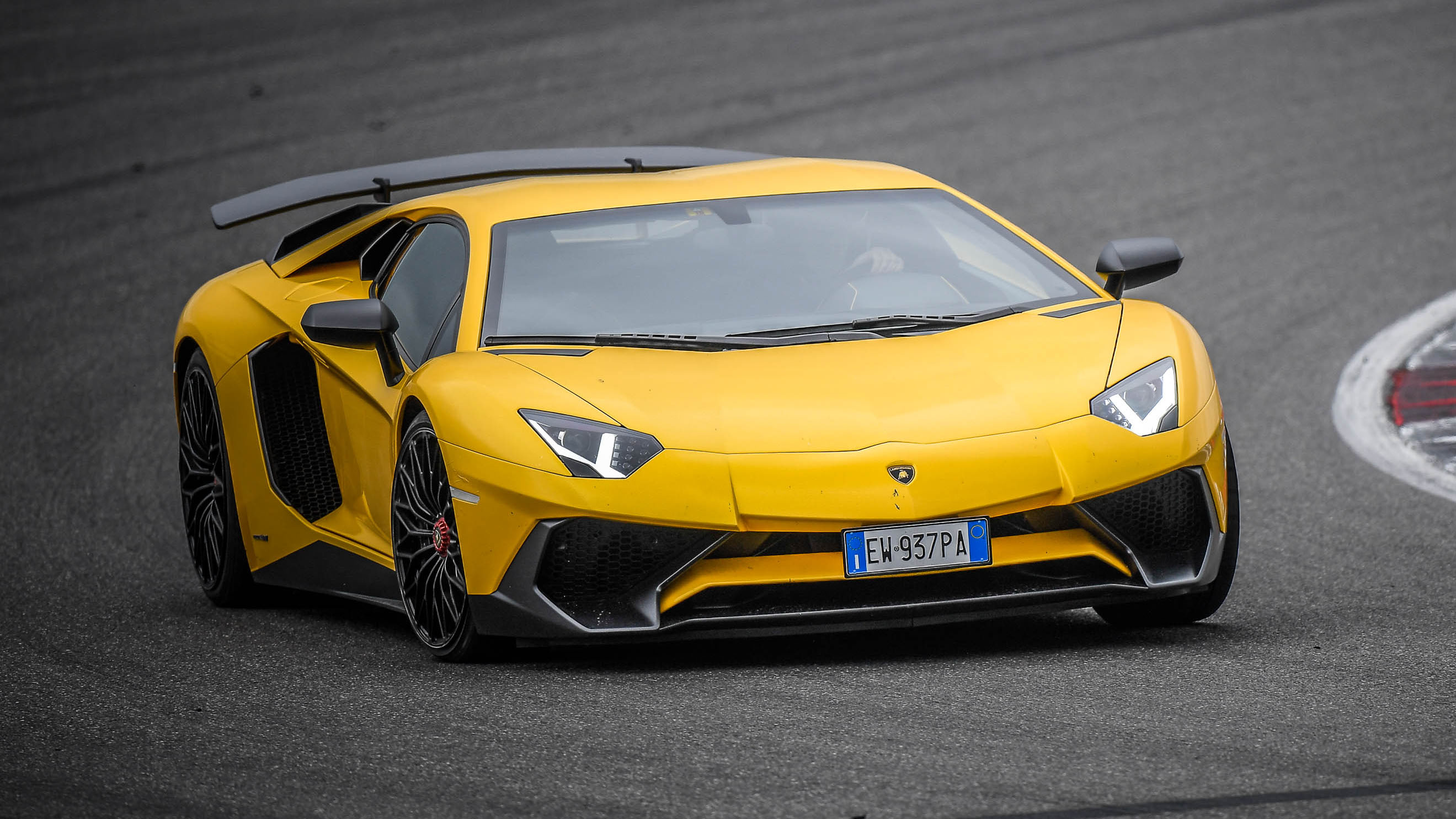 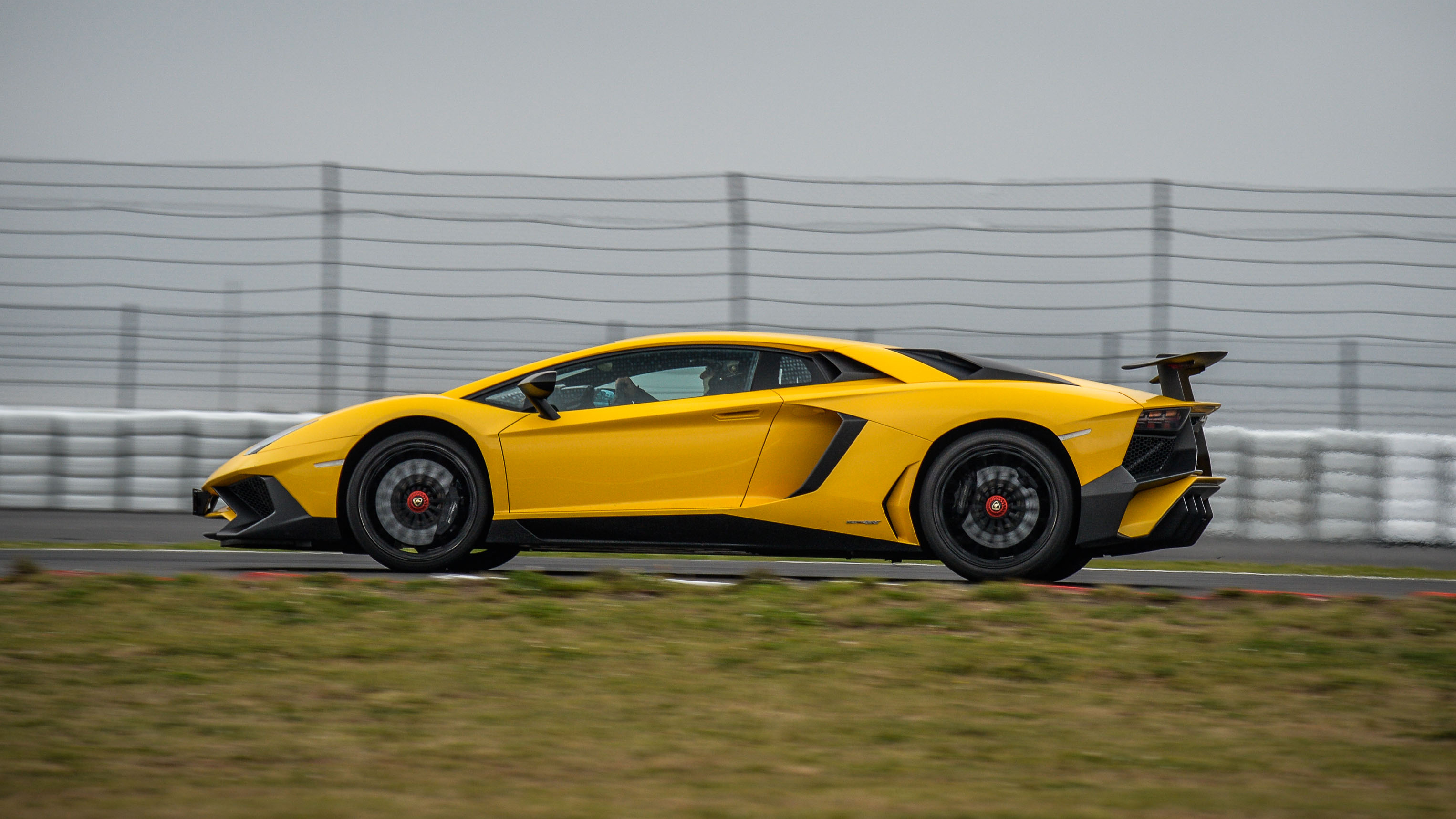 A Lamborghini Aventador SV round the Nürburgring? Pass the brave pills…

Well, yes and no. Firstly, we have a pace man in the shape of Lambo’s chief test driver and R&D guy, Mario Fasanetto. Obviously you can’t just deactivate your brain at this place, but Lambo racks up approximately 100,000km round here every year, so he knows where he’s going.

Secondly, the Aventador SV might look like the natural heir to the company’s hairy-assed supercars of yore, but it’s not as intimidating as you’d think. Honest.

Thirdly, we're on board an SV fitted with the prototype rear-wheel-steering system. Its primary aims are to improve manoeuvrability and agility at low speed, and enhance stability at high speed. Our primary aim is to see whether it works on the world’s most famously gnarly track, trying it back-to-back with a standard SV.

Isn’t that new RWS system fitted to the Centenario?

Indeed it is, as tried by Top Gear a few months ago at the Nardo test track. Now we’re here, joining a secret squirrel technology deep dive. It’s a rare privilege.

In Lambo’s unprepossessing Nürburgring bunker, we poke around under an SV fitted with RWS, in the company of Vehicle Dynamics expert, Giuseppe Di Rosa. Even he concedes that it’s complex stuff, but boils it down to one catchy phrase: four wheels, full control.

OK. At speeds up to around 50mph, the rear wheels turn in the opposite direction of the steering angle. As with the Porsche 911 GT3, the effect is a virtual reduction in the car’s wheelbase, equivalent to cutting 500mm in the Aventador’s case, which is helpful given that the car’s sheer size is one of its issues.

At low speeds, Lambo claims, you need less steering input, there’s increased agility, and an improved turning circle. (You still need to open the door and straddle the sill like a pillock to park the thing, but hey…) At higher speeds, the rear wheels move in the same direction as the front ones, delivering a virtual increase in the wheelbase of up to 700mm, and promising improved stability and even more stomach-churning dynamic responses.

Is there new hardware?

Yes. The SV runs a complex double wishbone set-up at the rear, with pushrods; the RWS adds a pair of what Di Rosa calls ‘electric engines’ on either side, neatly packaged so that they don’t interfere with the SV’s fully flat underfloor and air flow, but clearly visible on the linkage.

There have been numerous suspension changes to accommodate the changes, and there is a weight penalty, the RWS adding approximately 3.5kg on each side, plus some additional wiring and an ECU to bump the regular SV’s 1525kg dry weight up by 8kg. We somehow doubt it’ll blunt its performance too much. In fact, around the Nürburgring GP track, Lambo’s tech guys reckon the RWS is worth up to two seconds per lap.

Yep. These prototype parts run in tandem with the SV’s magnetorheological adaptive dampers, and the all-wheel drive and ESC software remain from the existing car. Remember, also, that the SV uses Lamborghini’s ‘dynamic steering’ as standard, which we know works much more effectively on this car than on the Huracan. The ratio is faster in slower-speed turns, and slower the faster you go, for a greater sense of stability.

We switch between regular SV and RWS-equipped car for a few hours, on the GP track to begin with, initially in the existing car. First impressions? If you’re six foot-plus and wearing a crash helmet, you’ll struggle to get comfortable in an SV (there’s no system to virtually increase the roofline unfortunately). For such a big car, interior packaging is not a strong point.

Second thoughts? Those first impressions are swiftly obliterated by the Lamborghini’s colossal performance. The Nürburgring GP track isn’t an especially tricky circuit, and the first half-dozen turns are more technical than gut-squeezingly scary. I quickly settle on Sport mode rather than Corsa, which gives you more control over the chassis and faster gearshifts without ruining your spine or dentistry. As ever, the SV is just a seismic thing, old-school in some good ways, mainly its vast performance, and surprising in others. That is to say, it turns in and changes direction like a much, much smaller car. Awesome brakes, too.

It’s immediately, instantly more agile on the GP track than the standard car. As noted, the SV feels more agile than a car with a mid-mounted 6.5-litre V12 really ought to. The SV with RWS is an order of magnitude sharper again, more ‘feelsome’, and inspires more confidence.

It also understeers less, but avoids the sensation that some spooky voodoo is occurring on the rear axle – as is the case in the Ferrari F12tdf – the first time you really get on it. It feels natural. Yes, the massively grippy Pirelli P-Zero Corsa tyres help, but the way you can chuck this thing into a corner, then lean on it all the way through, really is quite something. The RWS, coupled to the SV’s amazingly well calibrated ESC, allows you to manhandle all 740bhp with impunity.

Even with the traction control dialled out, the fundaments of the SV’s chassis are good enough to shrink the challenge to a manageable size, even for mere mortals. On the GP track, two seconds per lap feels about right.

And on the Nordschleife?

Hmm. Interesting. The gap between regular SV and new one is much closer there. To put it another way, I found myself hanging onto Mario more easily in the existing car. Through the Ring’s slower, and to my mind much more difficult sections, the RWS is a definite positive.

But on the really fast parts of the track, the regular SV remains absolutely mighty. Both versions have terrific body control, laser-sharp turn-in, and superb mid-corner balance. The shifts from the single-clutch semi-auto ‘ISG’ gearbox are sledgehammer subtle compared to the Huracan’s silky dual-shift, but somehow this doesn’t diminish the experience. The SV is meant to be a more visceral experience, after all.

Of course, given the sheer size of the thing, how the RWS car would feel at speed on your classic British B-road is anyone’s guess. You’d have to be approaching warp factor nine to feel it. But at least it’ll be easier to park.

Oh yeah. The prototype is also fitted with the next-gen infotainment system, which adds Apple CarPlay, telemetry (with HD cameras, no less) that even suggests which gear you should be on for every corner, and full 4G and Bluetooth connectivity. It wasn’t that long ago that Lamborghinis had fuzzy felt on the dashboard. The RWS function also appears on the main instrument display.

It is. And the tech will be on the next-generation Lamborghinis. We tried it, we liked it, it works.