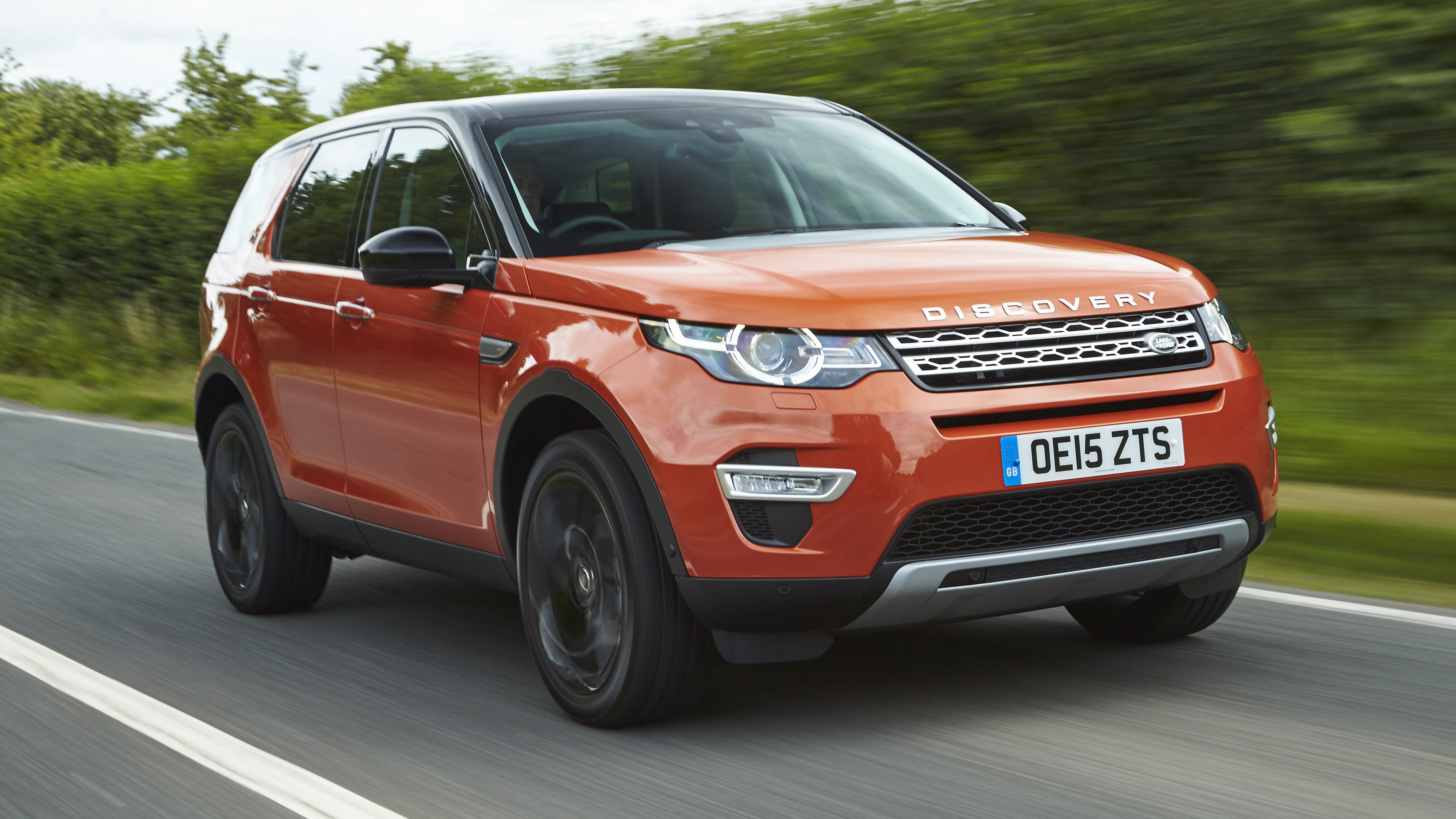 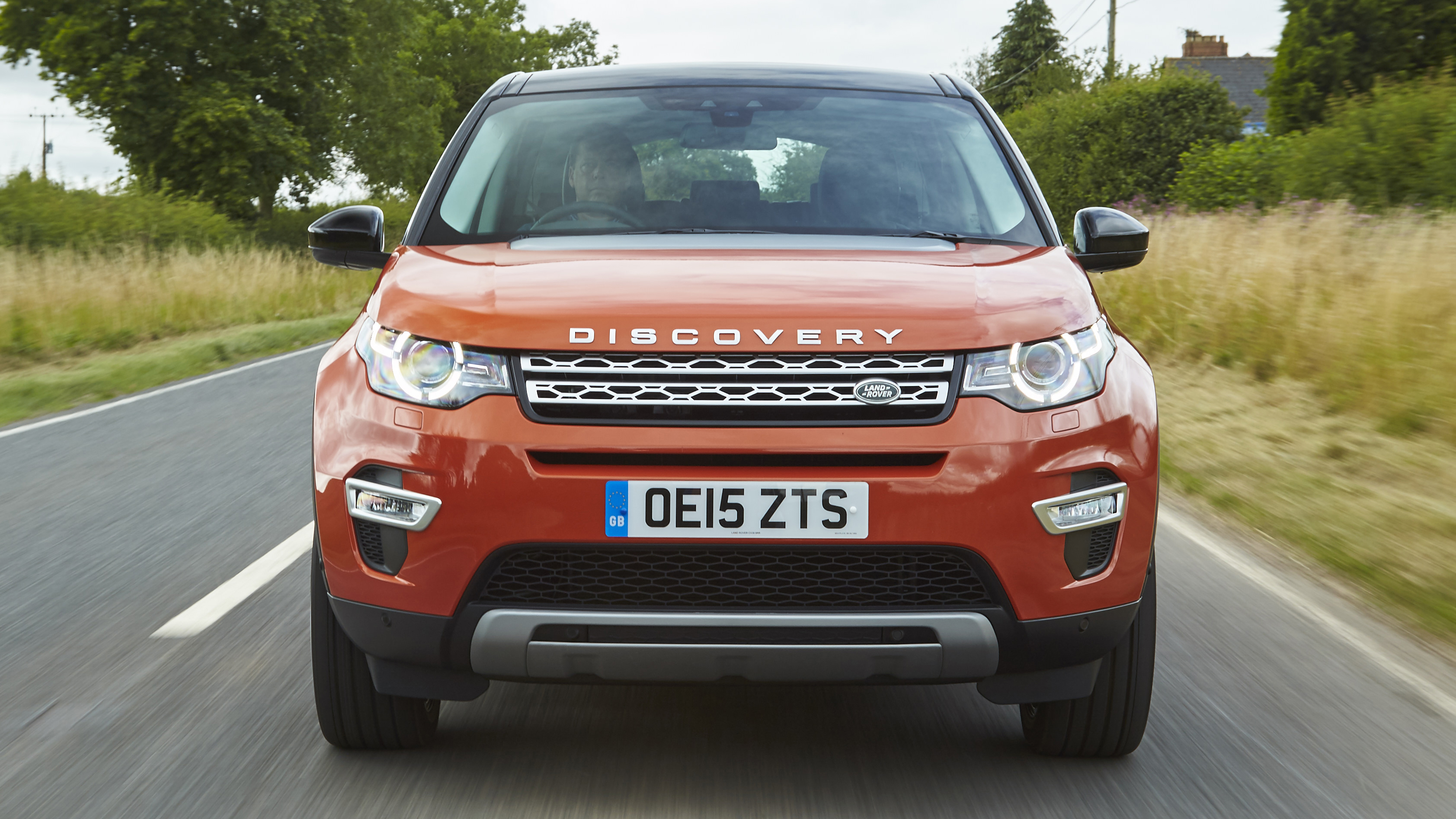 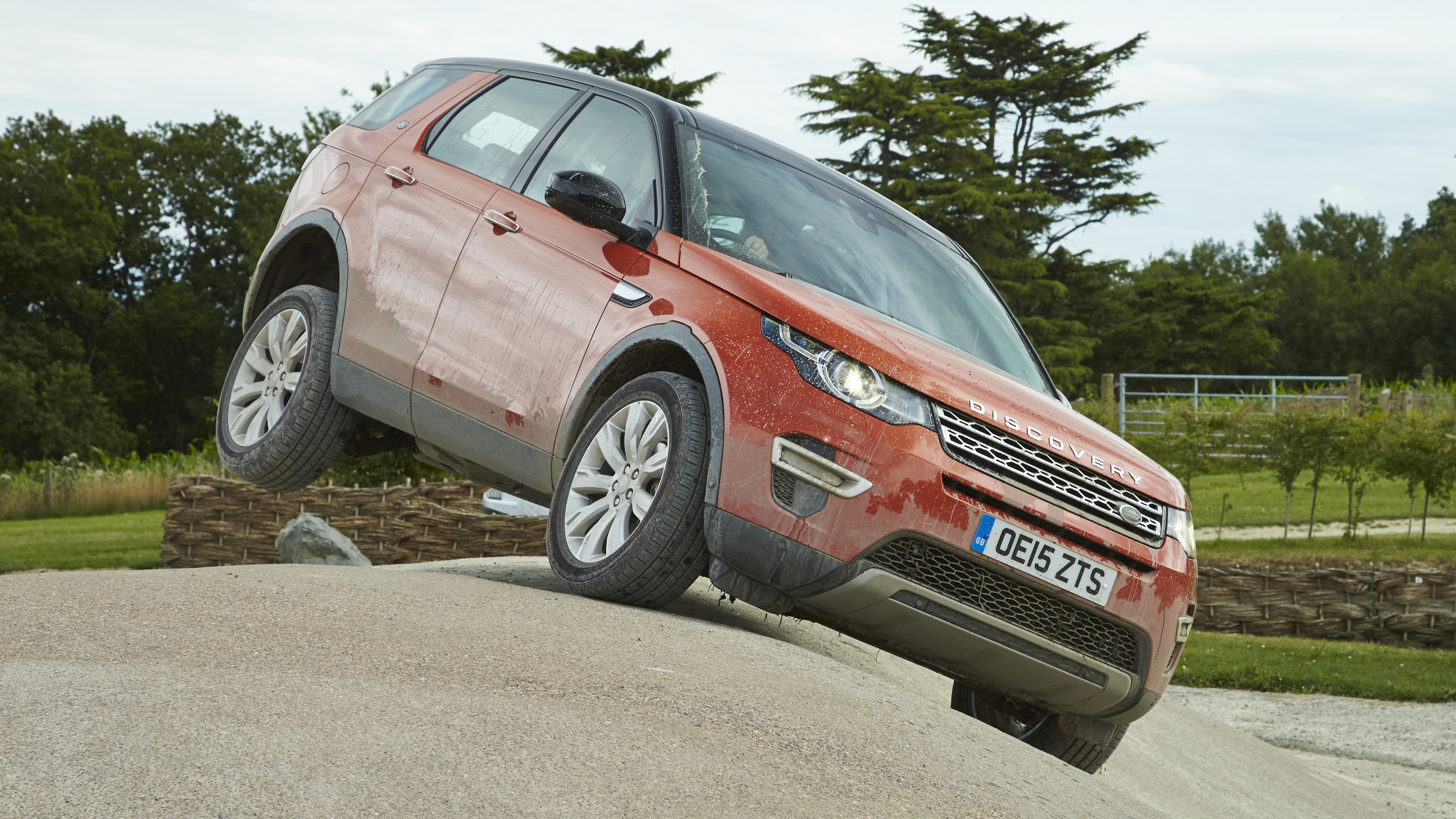 It has. Back in January. And they’ve sold 8,500 in the UK alone since. However, when it first came out it was missing something.

A good engine. With 190bhp, the old 2.2-litre wasn’t short on power, but it was short on economy, only returning 44.9mpg and 166g/km of CO2 when rivals such as the BMW X3 2.0d were capable of 56.5mpg and 131g/km. The four cylinder diesel was also a rackety old thing, not in keeping with the otherwise highly polished performance of the Discovery Sport.

So now there’s a new engine?

So now there’s a new engine. The same 2.0-litre four cylinder single turbo Ingenium engine that’s also found behind the grille of the new Jaguar XE. It’s less powerful (148 or 178bhp), more torquey (up 7lb ft to 317lb ft for the more potent one) and a lot cleaner – it returns 57.7mpg and 129g/km. Only it doesn’t.

Of course you are. The 129g/km/57.7mpg figures only apply to the entry-level Disco Sport, which has 4wd, but is equipped with the lower powered version of the engine, a manual gearbox only and has had to ditch the third row of seats in order to save a crucial few kilos and get below the 130g/km barrier that, for various complicated reasons, is so crucial to British fleet buyers. Land Rover believes that model (available in three trim levels and priced from £30,695) will claim 15 per cent of sales this year, with that percentage rising in future.

OK, what about the high power version?

53.3mpg and 139g/km. Good, but not quite as good as the BMW I mentioned earlier. Ball park, though, which is enough, especially given it weighs somewhere approaching 1,900kg. More important is how it drives and there’s much good news in that department. Internal engine friction has been reduced by 17 per cent, which is not only responsible for the lion’s share of the efficiency improvements, but has also reduced noise and vibration. It’s a smooth unit this, much more in keeping with the Disco Sport’s relaxed, easy-going demeanour. It’s got pace, too. The performance figures (0-62mph in 8.4secs and 117mph top whack) haven’t changed a jot with the new engine, but the power delivery and driveability make it a quicker car in reality.

Success
Skip 5 photos in the image carousel and continue reading 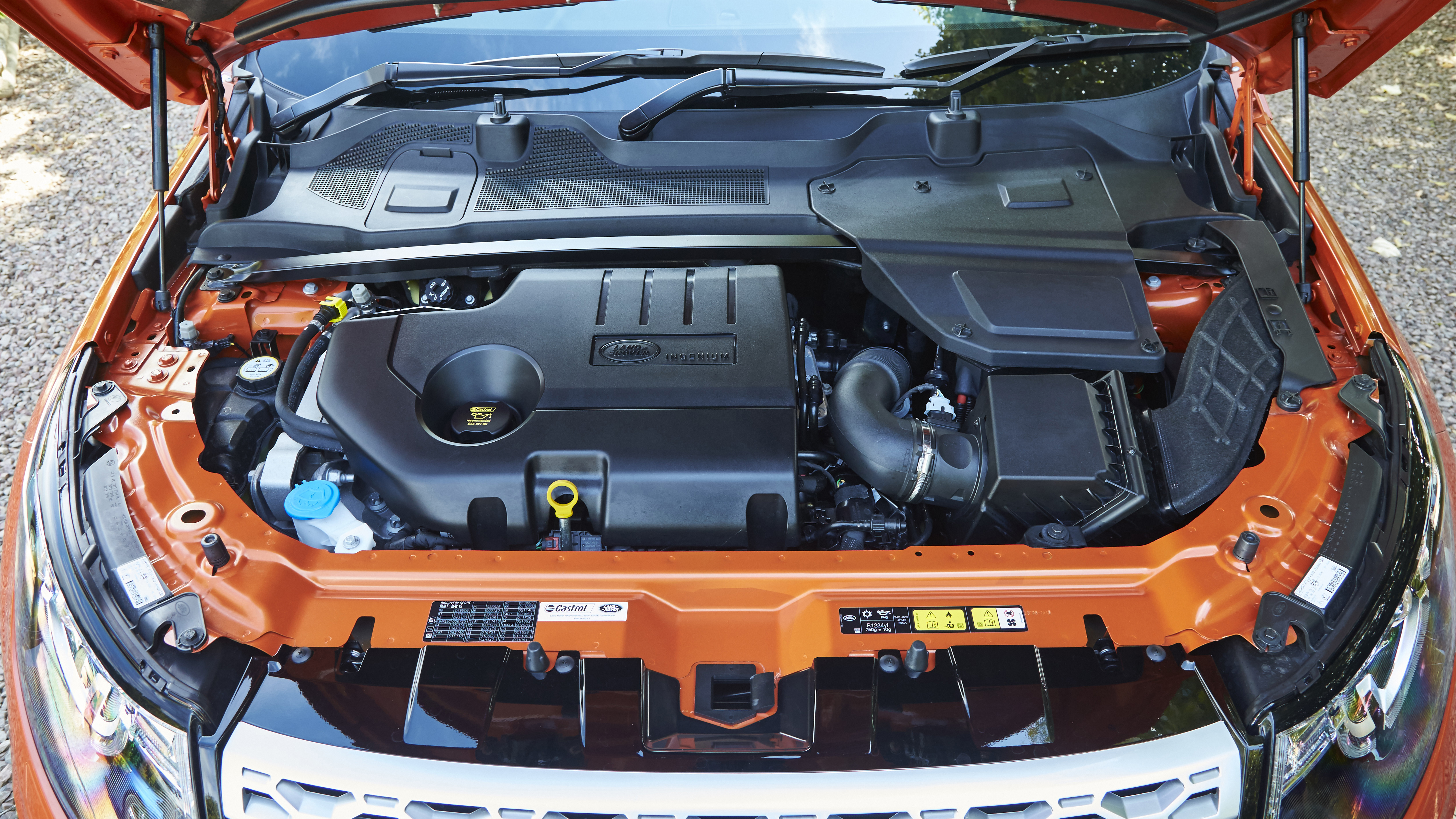 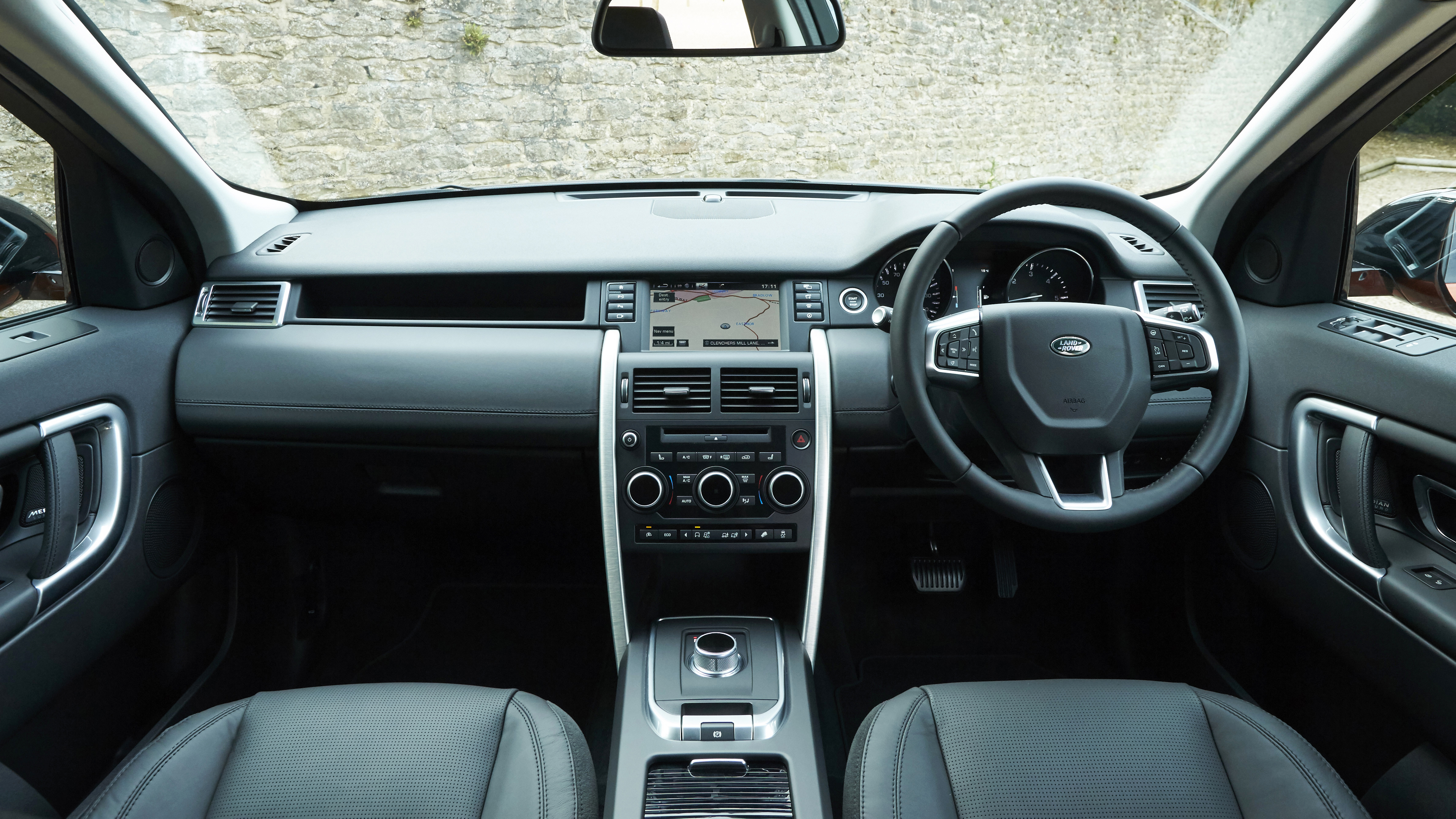 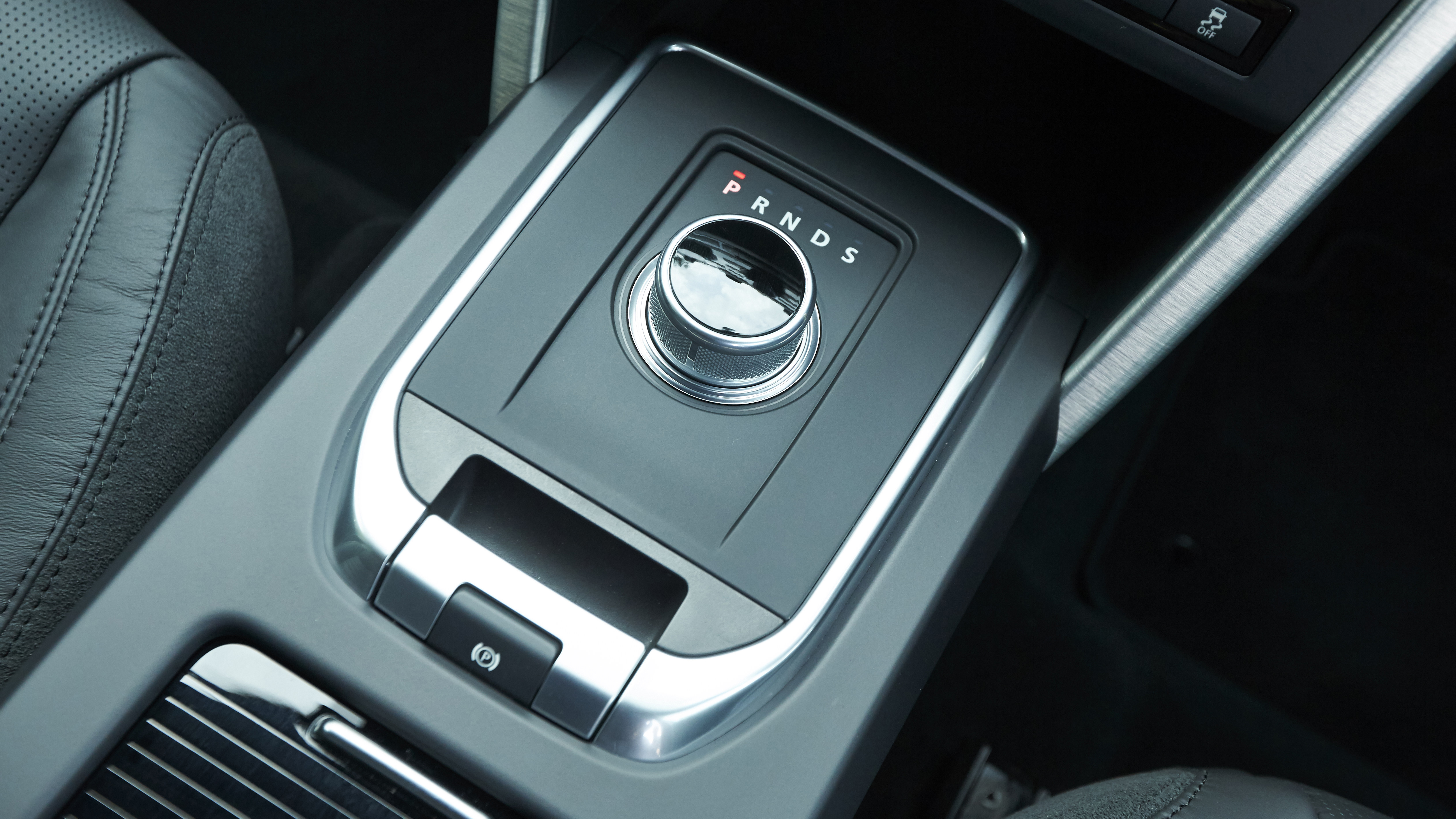 It’s faster to respond and has a beautifully metered power curve that gives you a lot of oomph very quickly without it ever feeling too sudden. Land Rover claims particular attention was paid to delivering torque as low down as possible and although the 1,750rpm peak torque point is about par for the course, it drives very cleanly at low revs. And that’s where you’ll be hanging out. Two reasons: the gearbox will make you and, if you choose to override it, you’ll make yourself.

It is. Super-short first for off-road work, many intermediate gears and a ninth that pulls 1500rpm at 70mph. Leave it to its own devices. It’s happier like that and you don’t you risk RSI in your fingertips from the paddle-pulling. Once it’s shuffled its way through the bottom few ratios you won’t be aware of the shifts and it makes good use of that fat central torque band. High revs? No point – it self-shifts at 4,200rpm and starts to lose composure over the last few hundred. This is not an engine to have fun with, just one to admire from a distance.

Not really. It’s a nice object the Disco Sport, perfectly targeted at those affluent middle class families for whom a Hyundai Santa Fe or Nissan X-Trail doesn’t quite say the right thing. It’s no BMW-style sportster, but who cares about taut handling dynamics in a family SUV? The Disco Sport is smooth, quiet and fuss-free. There’s good weight and accuracy to its controls, and its weight means it sits well on the road. It’s satisfying. And has a spacious second row, plus attractive interior design (although the area around the gearcircle-thing looks a bit bare and the improved infotainment system still isn’t a patch on the Germans). It’s a fine, fine thing. The trouble is Land Rover knows this.

It ain’t cheap. The one you want – an auto with a good bit of spec on it, say HSE trim – is £39,400 before options. Going for a six-speed manual will save £1,805, but I really wouldn’t do that – it’ll knock the car’s residuals and come across as a less luxurious and effortless family chariot. So forget about that eco-friendly base model and prepare to put your hand in your pocket.