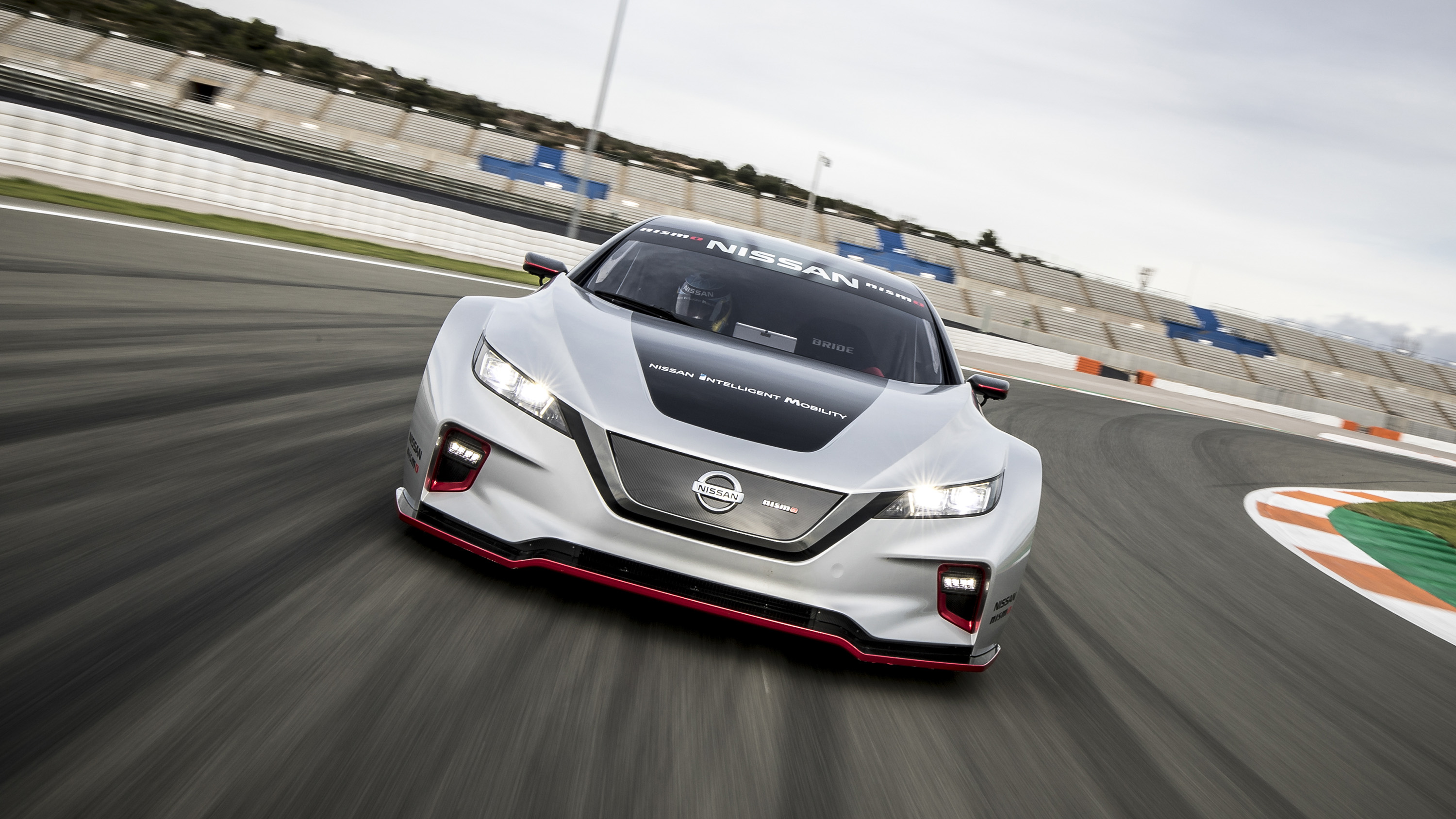 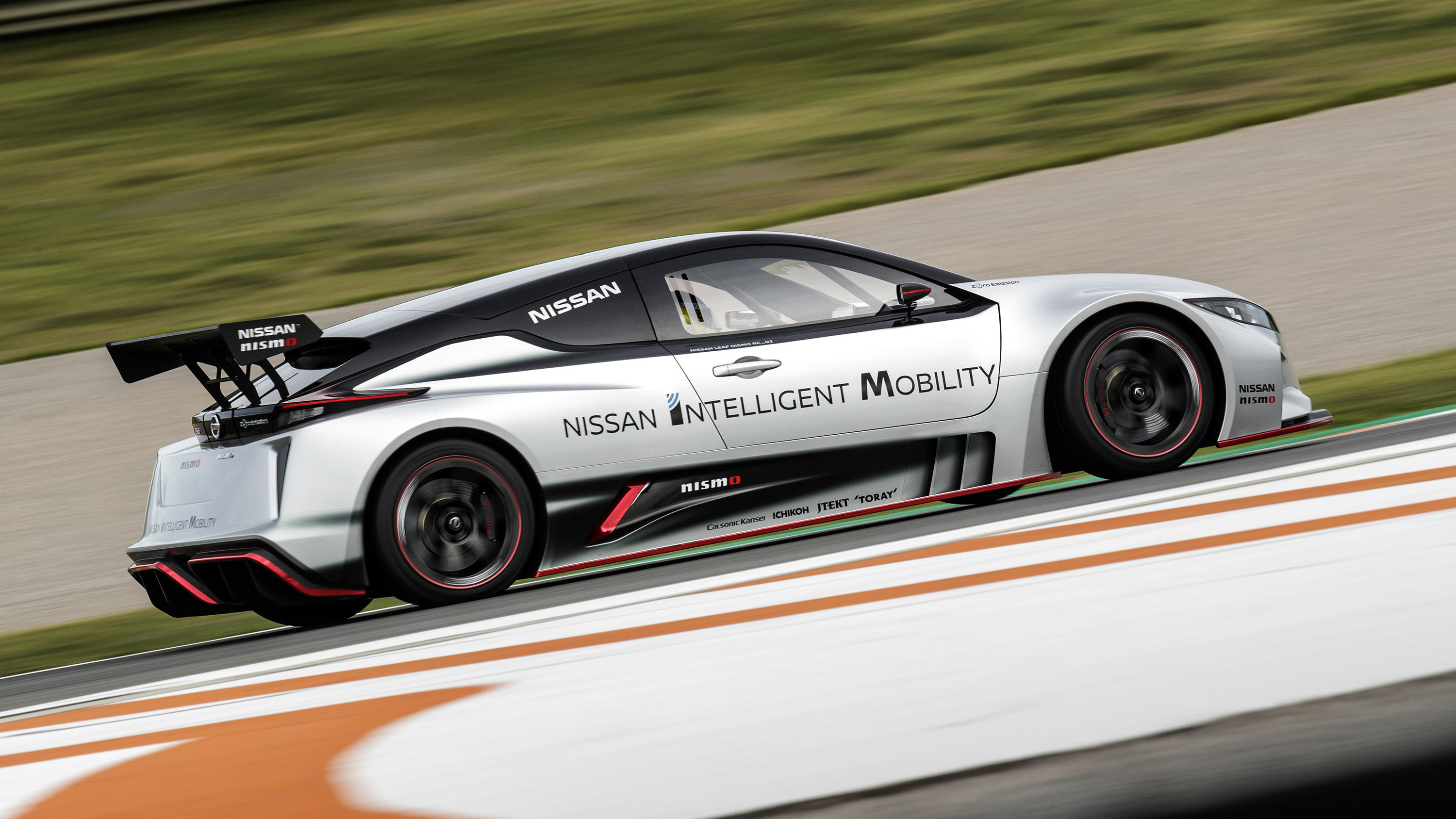 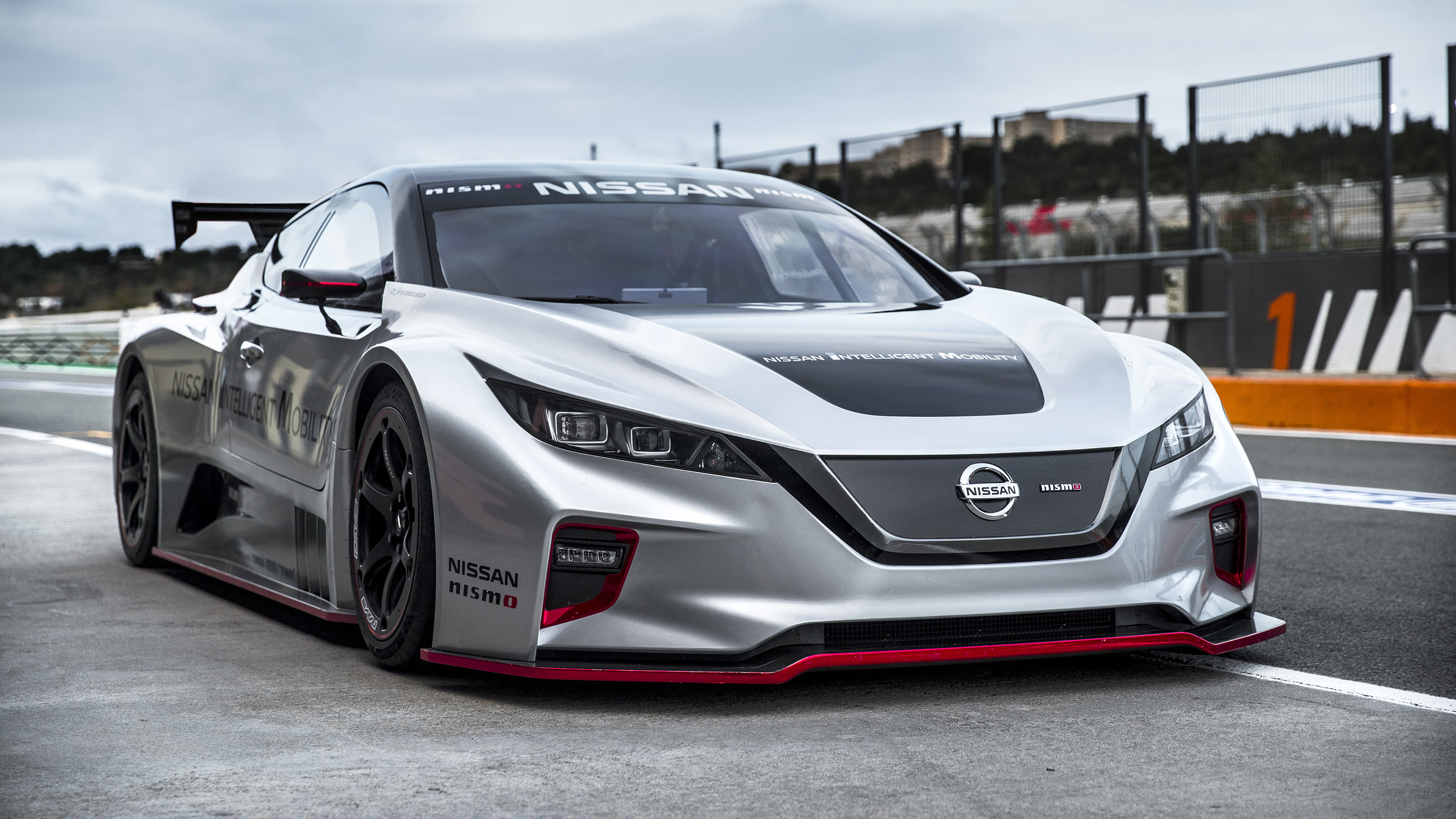 My word, what’s happened to that Nissan Leaf?

This is a Leaf that’s living out its motorsport dreams. It’s the work of Nismo – Nissan’s motorsport arm – and it’s designed to show us just how much untapped potential there is in electrically powered hatchbacks.

It’s called the Leaf Nismo RC, and it’s actually the second of its ilk, following a similar study based on the original Leaf. This is much more up our street, though – more than twice the power and possessing some stunning carbon innards and proper pushrod suspension, it’s as racy as non-racecars get.

It’s been built with no series regulations in mind, and is purely a rolling testbed for Nissan and Nismo engineers to keep cranking up their battery and motor technology until there’s a minor explosion. So much as it'd slot neatly into the new eTCR touring car series or a rallycross event with minor tweaks, Nissan has no interest in doing so. Boo.

The upside is that, as a constantly developing prototype, it could feed future Nissan road cars. You can probably guess the likelihood of being able to buy something exactly like this (nil) but it could at least feed hotter Leafs or electric Nissan sports cars of the future. With an electrified GT-R on the horizon at some point, the Nismo RC is more than just an engineer’s plaything.

At the RC’s heart are the same battery, invertor and motor you’ll find in the roadgoing Leaf. Crucially, though, the latter two have doubled in quantity. So there’s a motor on each axle with a 62kWh battery feeding the pair of them for four-wheel drive. Total outputs are 322bhp and 472lb ft, enough to shift the 1,220kg RC from 0-62mph in 3.4secs and onto a 137mph top speed.

Its acceleration is knocking on Nissan GT-R territory, and thus Nismo has nabbed the braking system from a GT-R to haul the RC to a stop. Its parts are otherwise bespoke, with a carbonfibre-reinforced plastic tub, subframes and body panels.

The whole thing looks spectacular, and has the vibe of a NASCAR or Funny Car where an outlandish body shape wears the familiar light and badge signatures of a production vehicle. It sits in the pitlane of a storm-hit Valencia race circuit, brooding and intimidating. Especially as its engineers have opted not to fit ABS or traction control.

“This car requires driver skill,” affirms Nismo’s Mamoru Shinshi. “Maybe if we improve the performance by two or three times we will need to add software like this, but not at the moment. You must practice and exercise your own driving skill!”

Words we’d whip out the party poppers to celebrate if the weather wasn’t so riotously awful. Still, Nissan has taken its own precautions. There are four engine maps and thanks to the rain lashing onto the circuit as we drive, Nismo’s engineers have cranked the RC into its lowliest Map 4 (offering 215bhp).

Power splits 50:50 front and rear as standard – a motor sitting independently at each axle – but a second mode shifts this to 45:55 by turning down the front motor, though mainly to account for the fact the RC’s weight is similarly rear-biased.

Well, that intimidation is only really present as you approach the car. Hurdle over the wide carbon sill and into the seat (also nicked from a GT-R, in this demonstration RC at least) and harnessed up, you realise visibility is barely worse than a regular Leaf and the steering wheel is – by motorsport standards – free of complication. Even the pedals are friendly, not biased towards left-foot braking like in many racecars.

So, right foot on the brake, switch the steering wheel dial from N to D, then foot across to the accelerator to pull away down the pitlane. Very, very jerkily. This car doesn’t seem enamoured by low-speed driving, so upon leaving the pit exit I’m straight on the throttle chasing every last bit of today’s limited output.

It accelerates just like a roadgoing Leaf, just with an extra urgency from its skinnier kerbweight. Every control is measurably sharper and easier to read than the road car, which I was given for three recce laps of Valencia to make sure I wouldn’t immediately throw myself into a gravel trap. I’m no longer battling understeer or top-heavy body roll. I quickly forget about the lack of driver aids, as there’s such transparency here: braking smoothly yet forcefully is simple, and trailing the brakes into corners to help the car turn comes pretty naturally.

Surely it’s not better than an internal combustion racer…

A race-inspired car offers both losses and gains by switching petrol for electricity. You lose much of the noise and drama, but gain a newly free portion of your brain in corners with the complication of nailing a perfect downchange removed. It’s a slightly binary process – accelerate at full hilt to the braking point, hard on brakes, turn, accelerate at full hilt, repeat until the chequered flag – but this in turn allows you to hone your lines and cornering technique with renewed focus.

And aurally, it’s not a complete milk float: the straight-cut single-speed gearbox whines as loudly as any supercharger, a sound exacerbated through the intercom my earplugs are latched onto. It’s among the loudest things I’ve driven.

I’d dearly love to try this car on its fullest throttle map as – like with most road-going EVs – the initial kidney-bashing burst of acceleration subsides rather quickly. But more than that, I’d like to try this car with a more rear-biased power spread, as it feels like it could be huge fun. At the moment, Nismo’s engineers tweak the power bias simply by turning the front motor down to increase the rear’s percentage, with no active torque vectoring. But there’s a whole heap of potential in this car and it’s a great lab rat for its engineers to shape future Nissan sports cars with.

So while the GT-R components and a paddle-equipped steering wheel (when the transmission’s single speed) lend this car a thrown-together feel, it’s a proper Nissan project rather than a naughty skunkworks side-line, proposed to and agreed by Nissan’s very senior-sounding ‘motorsport committee’. They know what a big deal electrification is not just for the future of road cars, but for the future of motorsport. The Leaf Nismo RC feels like an intriguing stepping stone towards both.