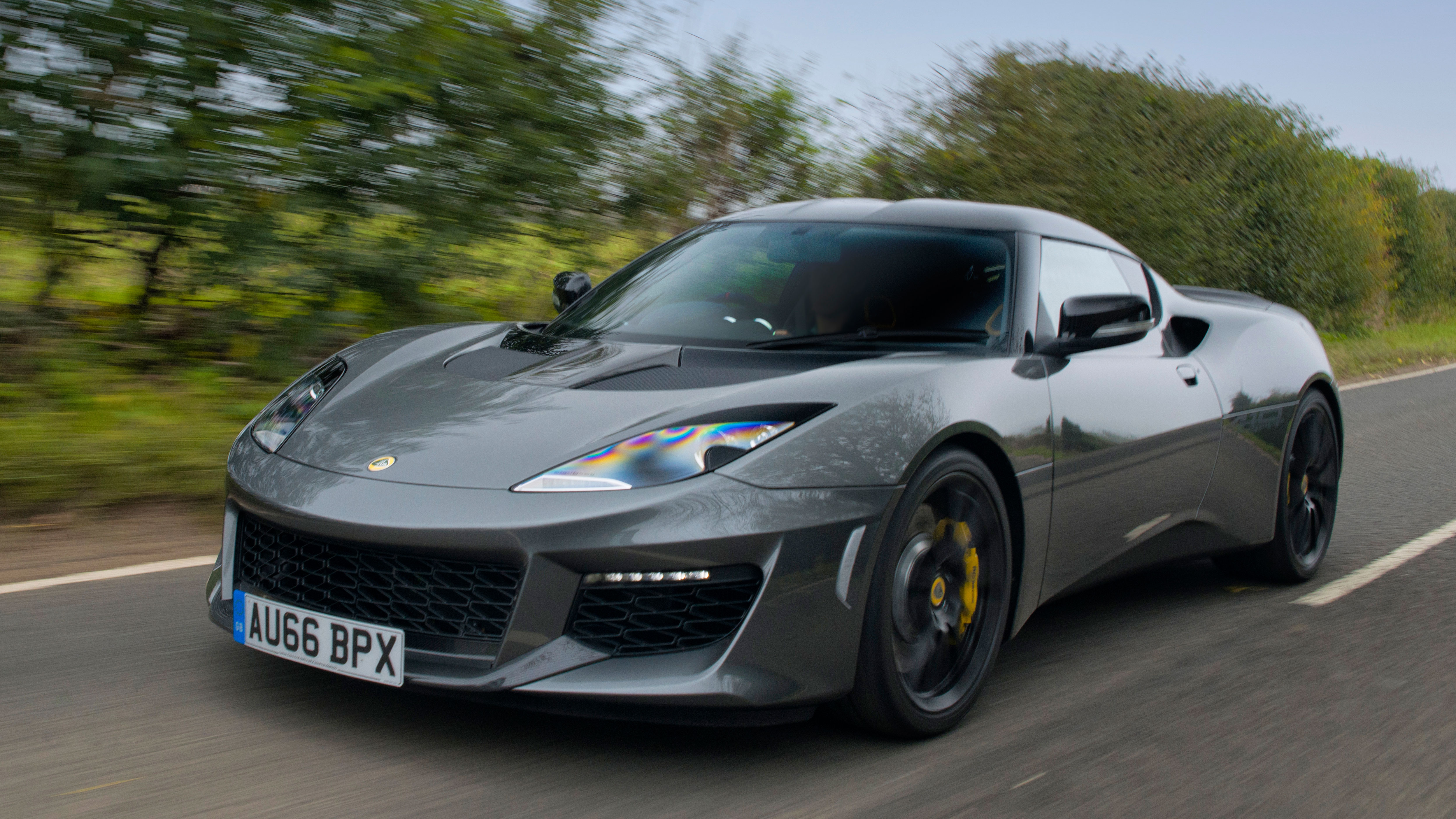 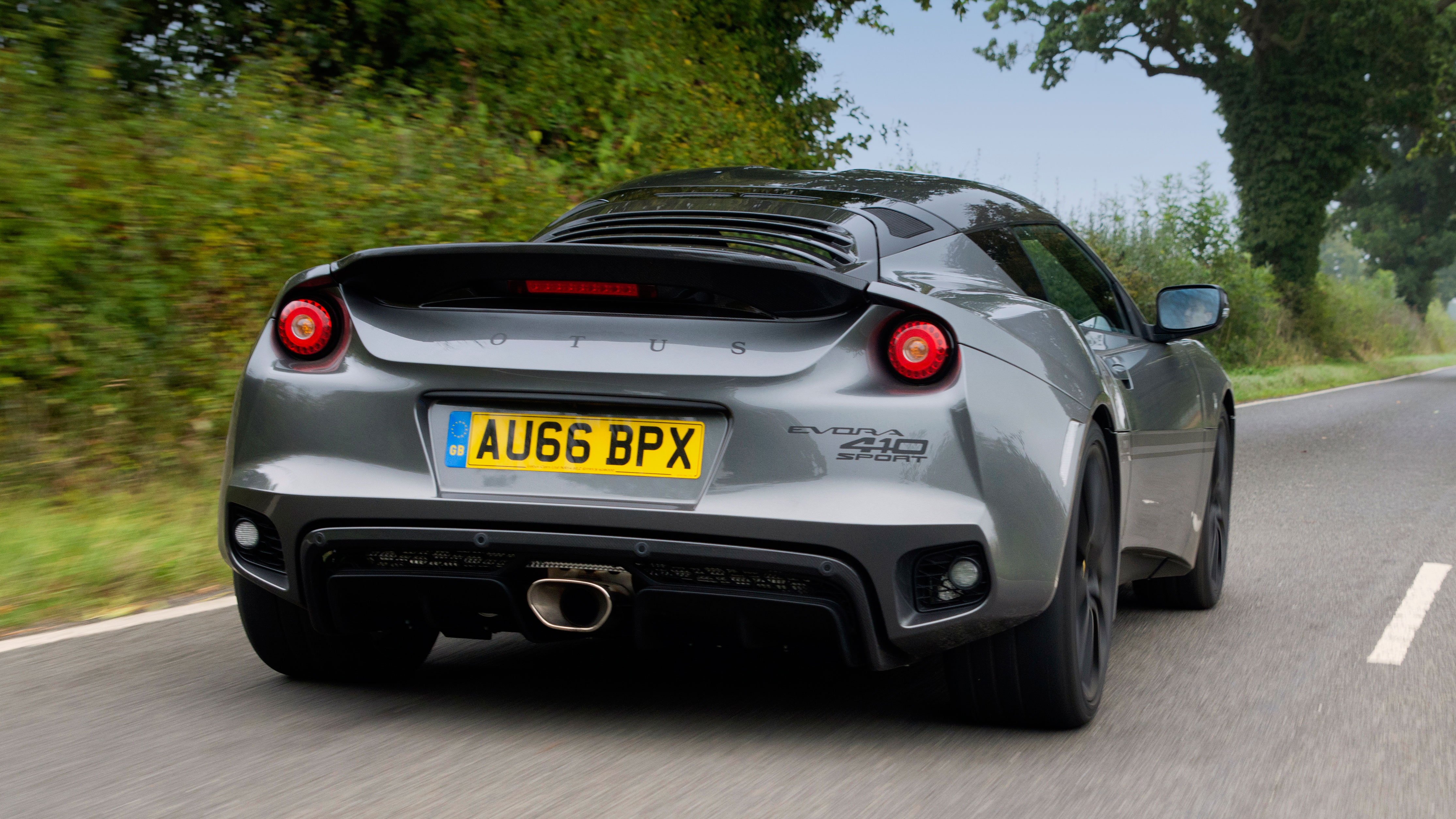 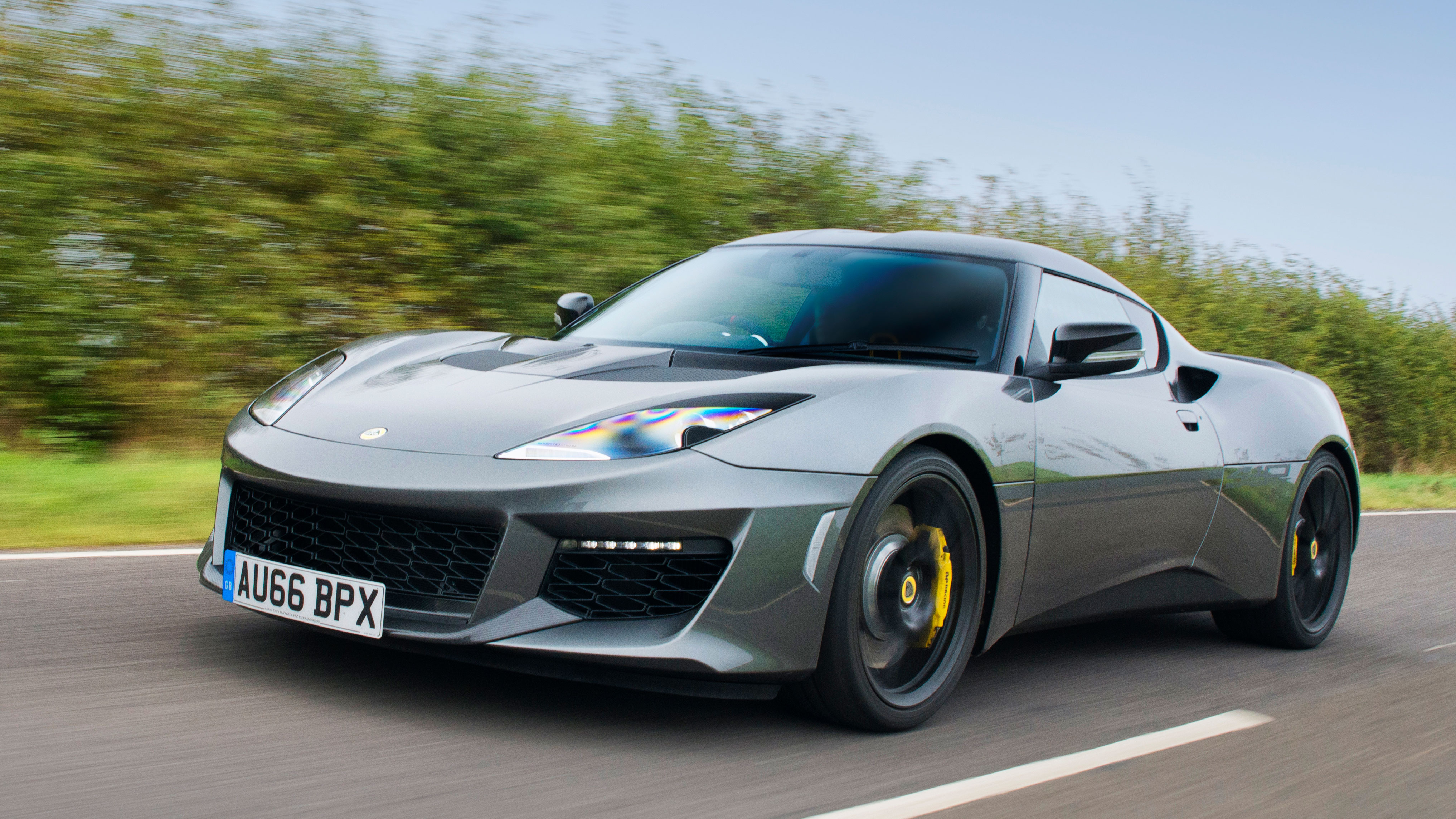 The Lotus Evora Sport 410, thanks to Norfolk’s logical new naming policy, is easy to explain. The number bit refers to its CO2 output. Only joking, it's the horsepower.

Or to pigeonhole it with known-quantity rivals, it’s an Evora with less weight and more power. Priced at £82,000 - when Porsche Cayman GT4s are still swapping hands for north of £90k - Lotus could be onto a winner here.

Depends. Has it got a manual gearbox?

Yes, but you can option a six-speed paddleshift auto. Don’t. The Sport 410’s weighty, tactile manual shift is leagues more precise than the vague operation of those in the first Evoras. The same linkage that blessed last year’s Exige Sport 350, with a truly world-class manual gearbox, is back in vogue here.

Points on the board. What else is new?

Lots of carbon, with a herringbone weave that’s gorgeous on the eye. The rear windows have gone in the name of weight. Take it from me, you won't relish reverse-parking a 410 outside Harrod's.

The glass partition between engine room and humans is now one pane thick, not two. The forged wheels are made by the same outfit that does wheels for the McLaren P1 and save a total of 7.2kg. There are bigger brakes, Michelin Pilot Sport Cup 2 tyres, a 5mm ride drop and more negative camber and toe-in.

Though the springs are carried over from the Evora 400, the fact they’re supporting a lighter car give an effective increase in spring rate, and there's a big shift in damper rates, with a 25% rebound increase up front and 20% increase in compression out back. Meanwhile, the new ducktail rear end (12mm taller, 38mm longer) and front splitter increase downforce to 18kg at 100mph, from 8.6kg before. Downforce at the car’s top speed is 64kg, despite an overall reduction in drag.

And don’t forget the weight saving: -12kg for the rear deck, -2kg for the roof, -2kg for the front access panel, and so on and so on. Even the badges have been binned for stickers. As standard it’s £8,500 more and 70kg less than an Evora 400. And don't forget, the 400 dropped a massive 42kg versus the original Evora when it apeared last year. 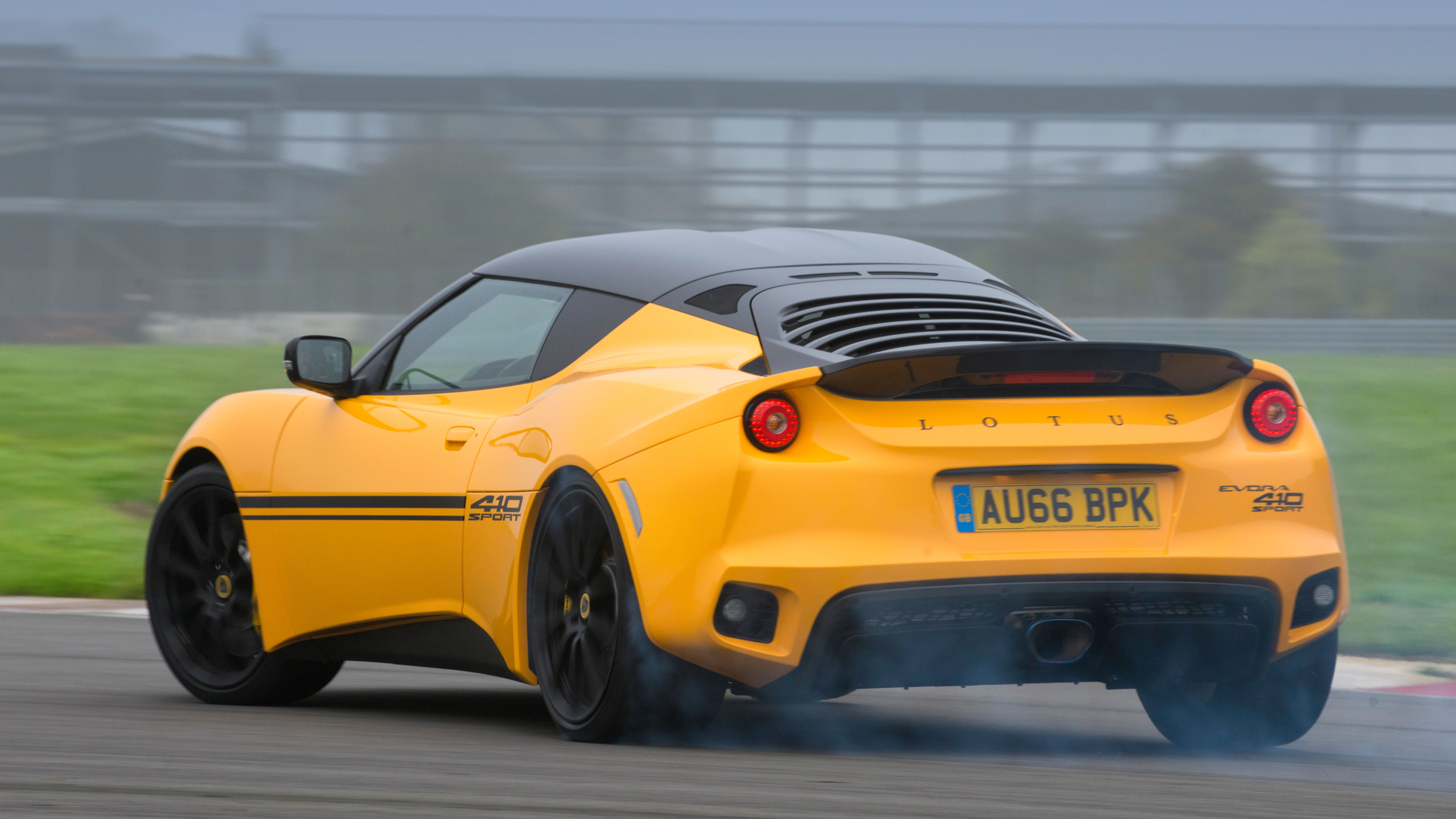 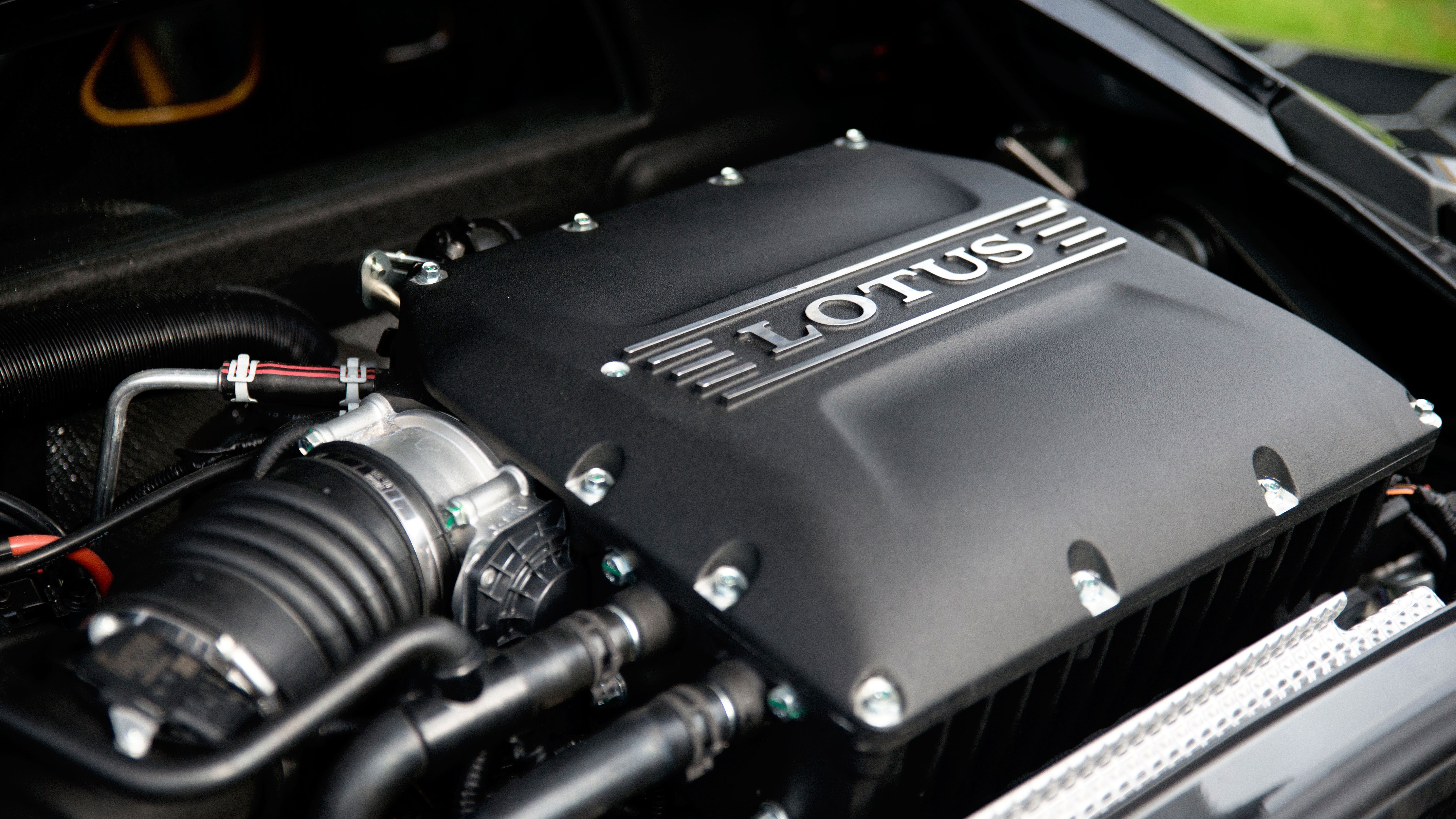 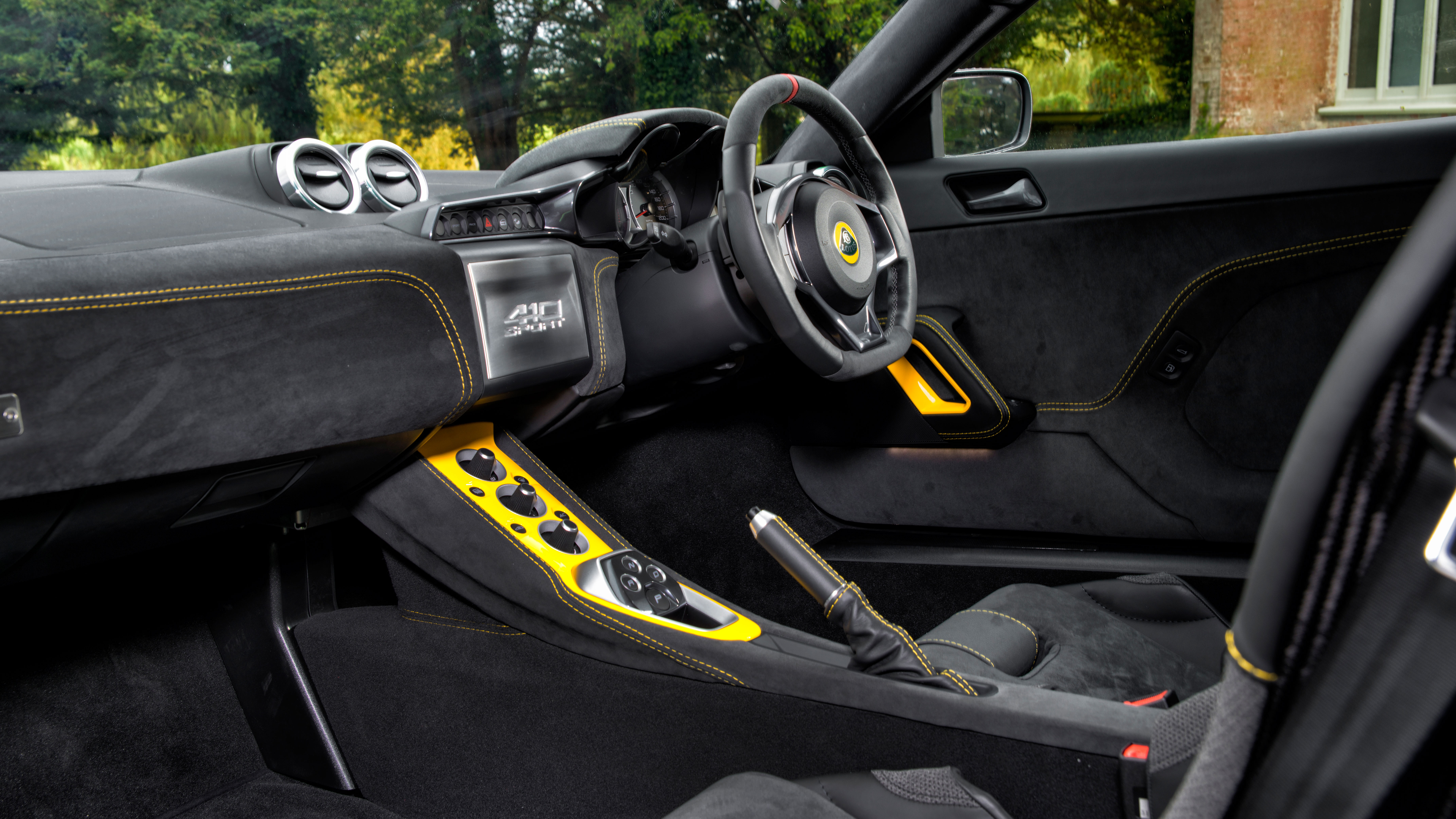 Impressive. Does that make it fast?

Top speed is 190mph in the long-legged manual, or 177mph in the shorter-geared auto. The manual does 0-60mph in 4.0 seconds, and the auto shaves a tenth from that.

In a world where boggo 911s, now they’re turbocharged, can score sub-fours to 60mph (and even then, be outrun by Audi RS3s), the raw numbers won’t stutter your heartbeat, but with 302lb ft thwacking you in back from a sensible 3500rpm, the Sport 410 still feels seriously quick.

On the road, it strikes a happy balance. You can chase the redline in second and third, bring the engine properly on song and rattle off gearchanges like Call of Duty reloads, but you don’t end up travelling so quickly that each prod of the gas is Russian roulette with your driving license.

A lightweight Lotus: must be pretty meagre inside?

Actually, this is the nicest Evora cabin I’ve ever been in, partly because the original car’s amateurish cockpit was completely updated when the Evora was facelifted into ‘400’ guise last year, but mostly because stripping it out works wonders.

Deleting the air-con and sat-nav (both of which you can add back in for £1500 and £500 respectively) doesn’t just help towards that headline 1,325kg kerbweight. It also means no dated, fiddly infotainment carbuncles inside. Blanking plates for the win.

Ask your average Joe or Josephine what a Lotus is all about and chances are they’ll say ‘light weight’. The Sport 410 is, at last, the model that welcomes the Evora into that club. Okay, it’s 200kg heavier than an Exige, but it’s a whole 100kg less than a Porsche 718 Cayman S. And the British car still gives you six cylinders to listen to…

Fabulous. Occupants are bathed in a building crescendo of V6 wail that’s properly satisfying to wring out. There’s reward for reaching up beyond 6,000rpm, a sense of building fury and volume that’s addictive, but it’s not as harsh or overdubbed as the other British supercharged V6 sports car – the Jaguar F-Type. There’ll be an optional, 10kg lighter titanium exhaust on the options list for true audiophiles.

But more than that, I’m not sure I’ve driven any mid-engined car which gives such clear and honest messages about how much grip you’ve got to play with, and when it’ll mildly push on at the front (easily reined back in by trimming the gas) or arch wide at the rear on corner exit. This is one of the great mid-engined sports car chassis. Its balance is spellbinding.

Honestly, I could go on for days about the messages pouring from the steering, but I’ll spare you. Suffice to say, this machine could make a strong claim to be the best handling car in the world. There. I said it.

The only reservation is the ride, which is extremely busy on the road, and combined with the extra road noise beckoned in by absent soundproofing, would make the Sport 410 far more wearing to cover distance in that an Evora 400. The ultra-lightweight carbon seats are punishing too, if superb to look at.

The paring back here is more overt, more in-yer-face than a modern Porsche GT car. That’s not necessarily a criticism. It’s like taking the black run when you go skiing. It’s harder work, but you know what you’re letting yourself in for.

So it’s a quick, flyweight Lotus that’s cracking to drive. Great, but hardly moving the game on, is it?

Lotus’s fightback is working, though. It’s in profit, for the first time in decades, and there’ll be a new Elise in 2020.

In the meantime, Lotus needs to make not just good sports cars, but world-class sports cars. Nothing less than sublime output will keep the lights on at Hethel.

Fortunately, the latest one, in the carbon-swathed shape of the Evora 410, is one of the best yet. It’s right up there with Porsche’s best, as a driver’s car, a Sunday treat. The rest of the time, for the rest of us, the more supple Lotus Evora 400 might do just fine. But having experienced the angrier Sport 410, I'd probably man up and go for it. What a car.