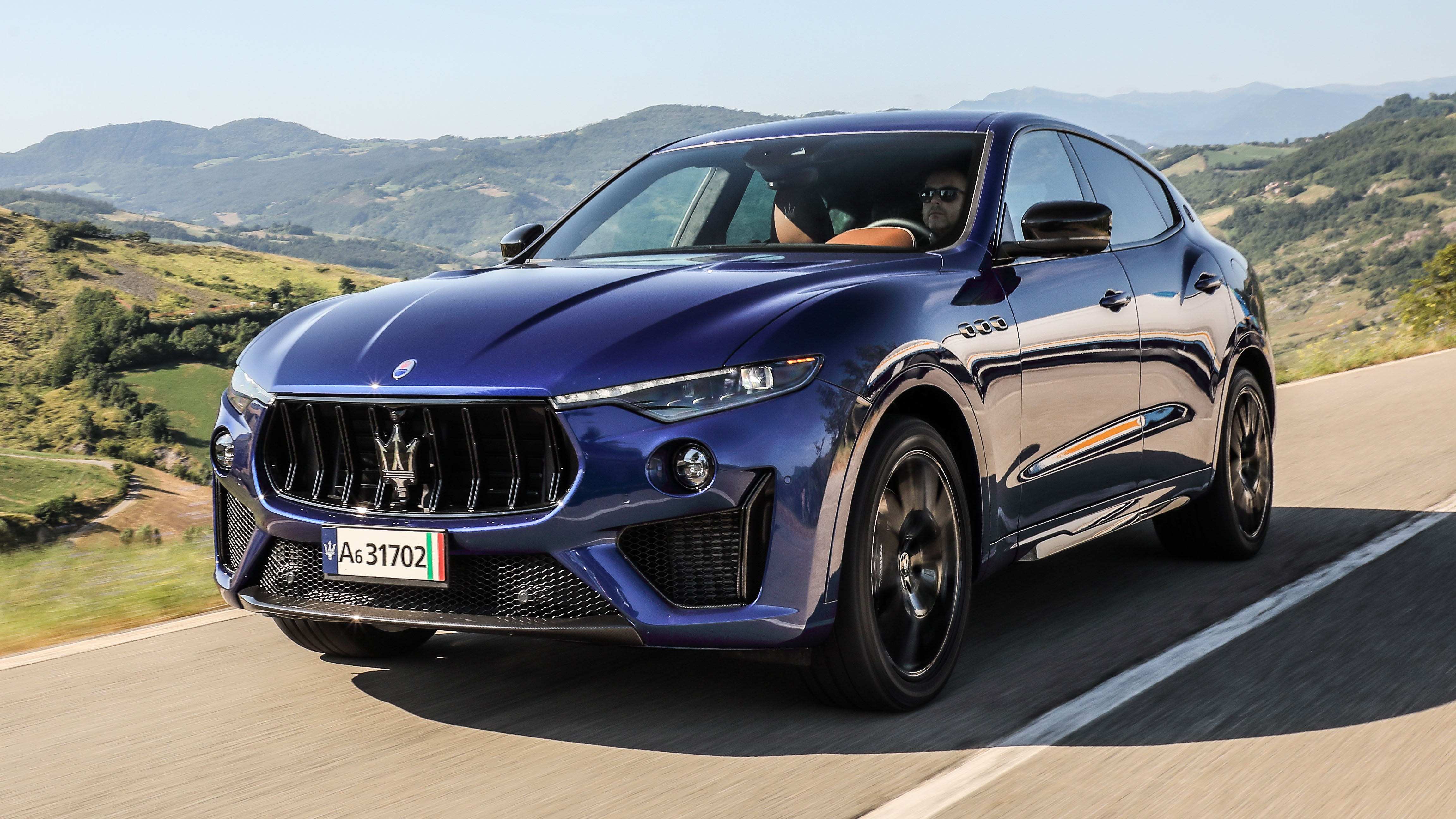 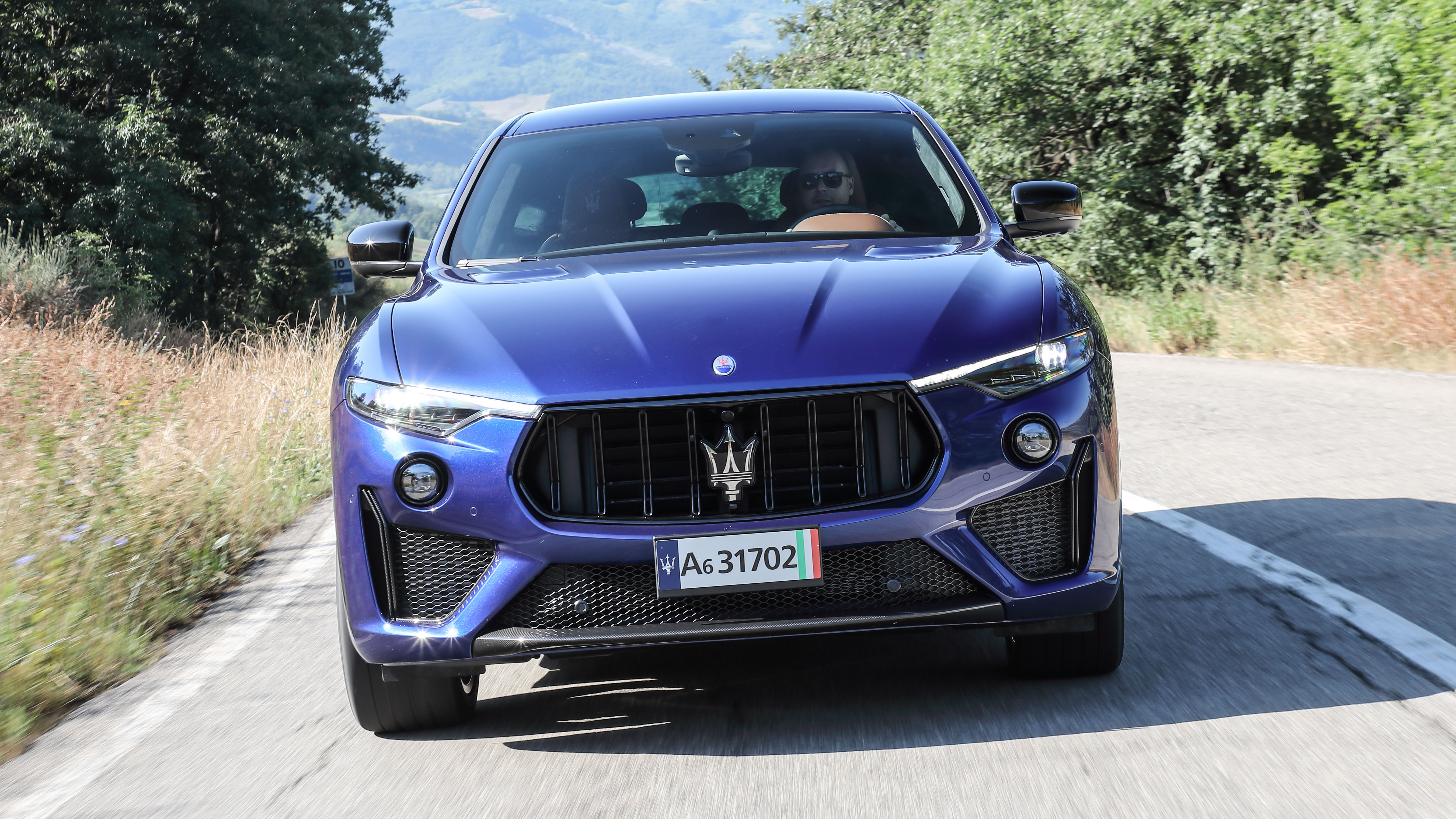 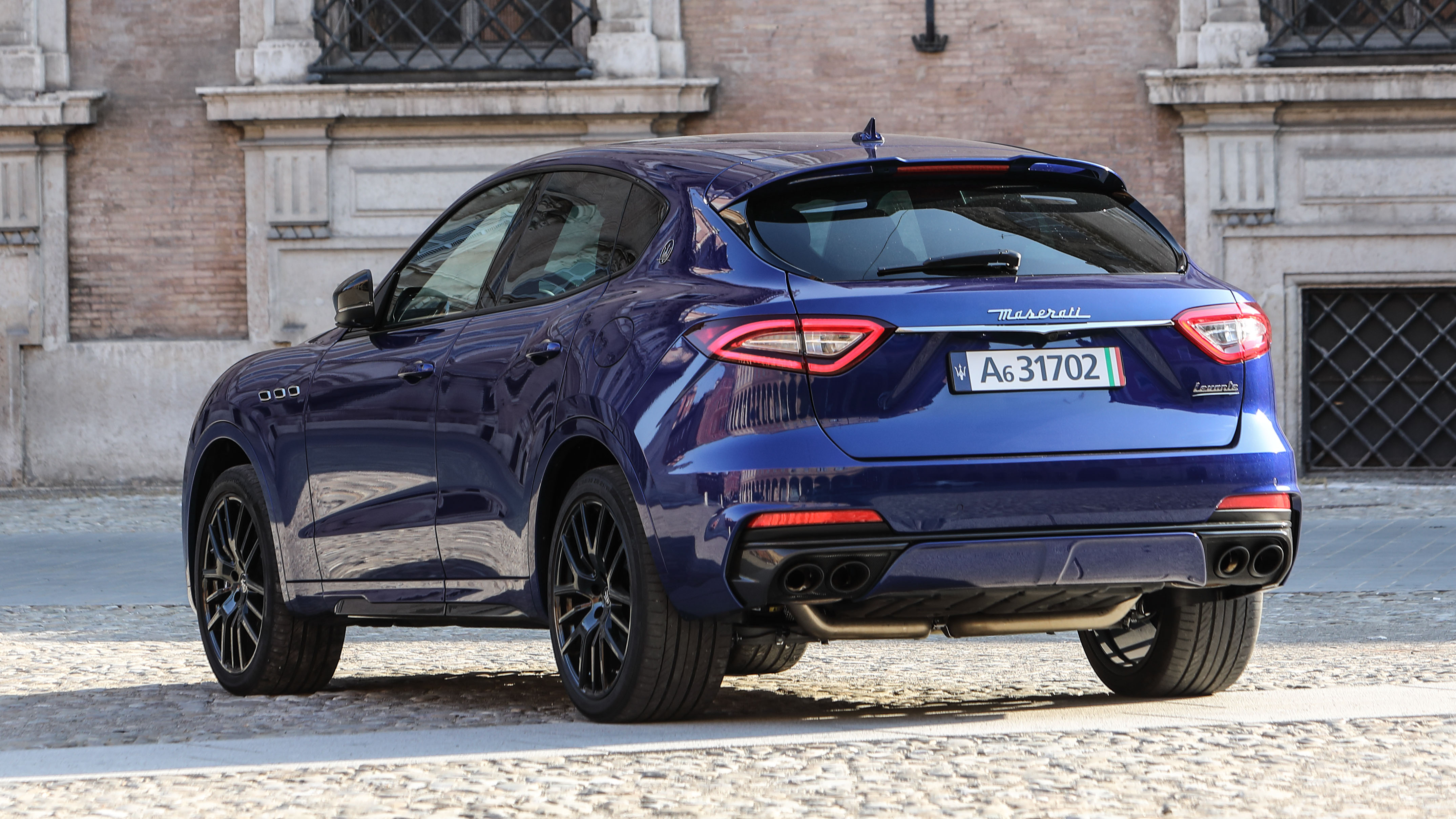 Explain an SUV with a Trofeo badge without being sarcastic.

Bare facts, free from embellishment or opinion is the way to go here. The Levante Trofeo is the senior-partner in a brace of new V8-engined Maserati SUVs, the other being the slightly de-tuned 530bhp GTS. Both get a 3.8-litre twin-turbo V8 that looks suspiciously like the one in the Ferrari 488 (because it.. uh… essentially is, and is ‘assembled’ by Ferrari), Alfa Q4 all-wheel drive, some visual tweaks and a whole heap more speed, cost and general potential for showing off. And before anyone leaps off the deep end about ‘who needs another fast SUV’, the Levante is Maserati’s best-selling model and falls out of the dealership door very well in both North America and China, probably funding something marginally more svelte in the future. Think of it as the Cayenne effect.

Still, the Trofeo gets 572bhp (582bhp in non-Euro markets, something to do with exhausts and localised climate change), 538lb ft and 0-62mph in around four seconds. It’ll top out at getting on for 190mph. This is sufficient for a car that weighs 2,170kg without people or luggage in it. The slightly startling numbers make the Levante Trofeo the most powerful production car in the company’s history - the insane MC12 had 630bhp from its n/a V12, but isn’t considered series production.

That’s because it isn’t. Not hugely so, anyway. Big 22-inch wheels, different front and rear bumpers with bigger apertures, a different grille, the super-cool trident on the C-pillar, a couple of bonnet gashes - the Trofeo is actually pretty subtle for a car of this type. It’s probably one of the best-looking of the full-sized SUV crowd, and the extra changes don’t spoil it. Although the smattering of carbonfibre additions (splitter, side skirts, bezels, the toothy bits on the lower edges of the front bumper) are probably as effective as a chocolate fuel tank on a car of this size. Personally, I don’t think it needed too much gilding, being a fairly slick shape that’s better at the front than the slightly generic rear end.

It’s also true that the gentle upgrade theme continues on the inside; there are new seats, a matte carbon-effect trim set, cool (big) change paddles, various aluminium controllers and switches - but not that much that shouts ‘faster’. The usual MTC+ 8.3-inch ‘capacitive’ touchscreen worked very well on the test car, and there’s a cracking 17-speaker Bowers&Wilkins stereo as standard. It has to be said that parts can be a bit patchy, mind. Some of the switches and trim pieces feel cheap, others excellent. Make of that what you will.

But does it actually deliver?

Oh boy. This is the good bit, because the Trofeo doesn’t feel like an SUV with a big engine shoehorned in and left to be the entirety of the experience. Sometimes these things can feel like production hot rods, with suspension engineers left to deal with the fallout of big power, but not so much here. As ever with reining in particularly potent mass, there’s a fair bit of code involved as well as some similarly clever hardware. The motor punts out generous torque, all fed through a four-wheel drive system that runs from 100-per cent rear-driven in normal situations to 50:50 when things get slippy. There’s a limited-slip diff on the rear axle, and the car’s ‘Skyhook’ air suspension re-calibrates depending on mode, sitting down 35mm in Corsa, jacking itself for Off road. In fact, the system can move up to 75mm all told, through ICE mode (essentially Eco), Normal, and Sport.

There’s also torque vectoring and Maserati Integrated Vehicle Control (IVC) hanging out in the dark reaches of the ESP; a predictive system that pre-loads engine speeds, brakes and other systems to keep tighter control of the physics and increase both performance and active safety. As usual, the steering weight, engine response and suspension vary according to the scroll of the mode, giving options from motorway soft to sort-of racetrack hard.

All told, it should feel a bit of a mess, or so unreal as to be annoying, but it doesn’t. Bizarrely, the way the Levante in Corsa releases the rear axle into just a touch of oversteer before dragging the front axle straight is reminiscent of a giant Nissan GTR, and the body control has just enough lean not to make you feel like your bottom has fallen asleep. It’s two feet too tall to be really, genuinely fun, but you’d be hard pressed not to at least smirk with that Ferrari V8 bellowing away and the Levante pounding its way down the road. In fact, it goes, stops and turns with a confidence that will happily put a sportscar owner’s nose out of joint - which is childishly amusing if nothing else. And yes, it has launch control and it works fabulously well - no hint of wheelspin even in the wet, just horizon-reeling ability. Although it would be wise to note that you have to wait for the suspension to drop into Corsa mode if you want to launch it, by which time you’ve already missed the traffic light drags. Oh, and the eight-speed ZF auto is lovely. All told, it’s quite the thing.

Being naturally predisposed against a ‘performance’ SUV in general terms (the main one being trying to overcome physics that don’t really warrant the war), the Levante Trofeo is pretty damn good. Not quite Cayenne Turbo levels of magicianship in the handling department, but with a good scoop more character thanks to the mega engine, noise, and general attitude. It kind of polarises the Levante into two distinct places where it makes at least a modicum of sense - either you go for the ‘cheap’ (if you can call £60k cheap) and useful V6, or the full-house, lots of cash Trofeo. It doesn’t make it the kind of car Top Gear particularly lusts after, but then if you’re in the market for a Ferrari-engined bus, I’m not sure that you give two hoots in the first place.

Verdict: A Maserati SUV with a Ferrari engine. Noisy, fun, a bit silly. Not quite as good as a Porsche Cayenne Turbo, but with a good chunk more character. 7/10