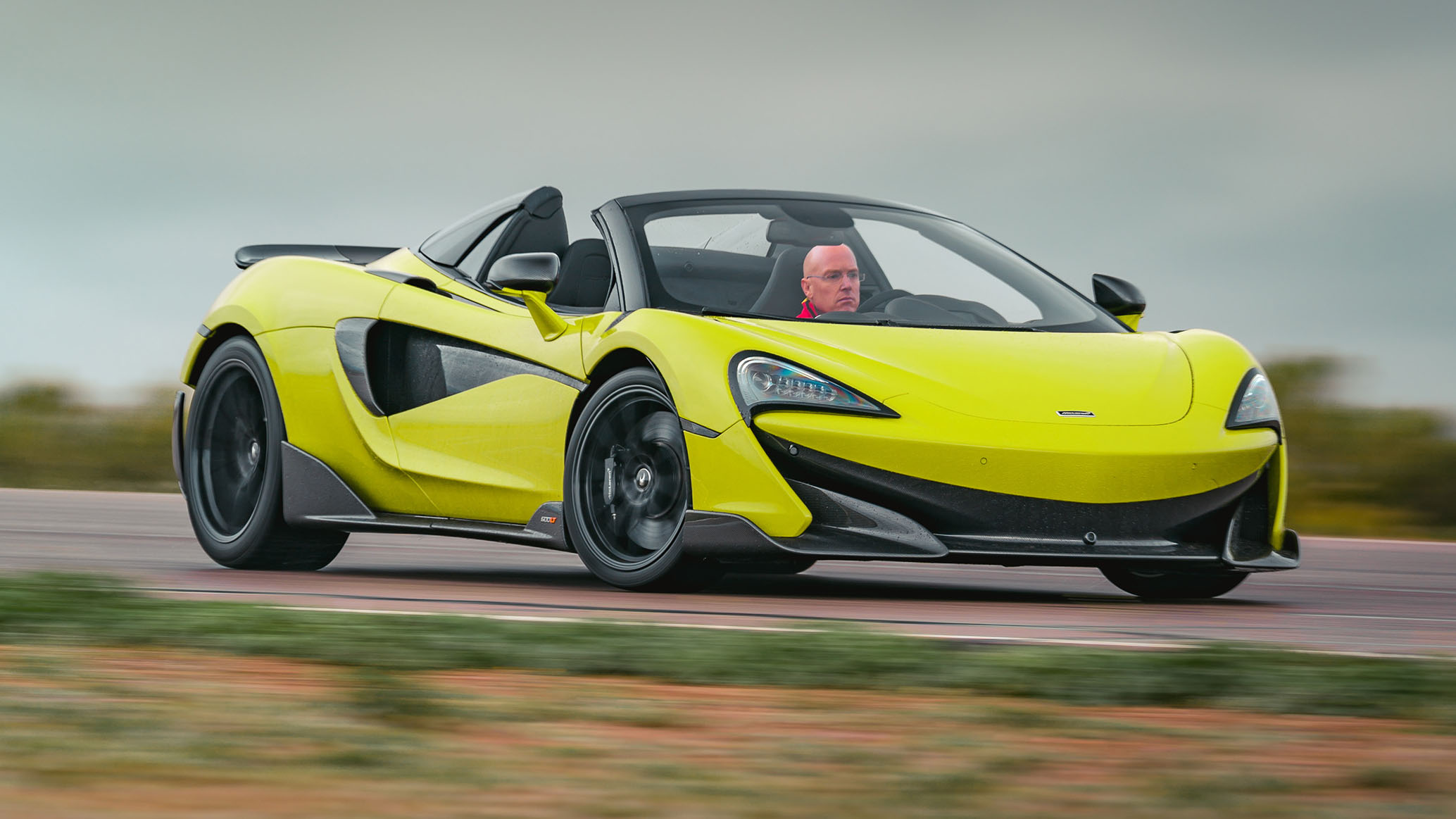 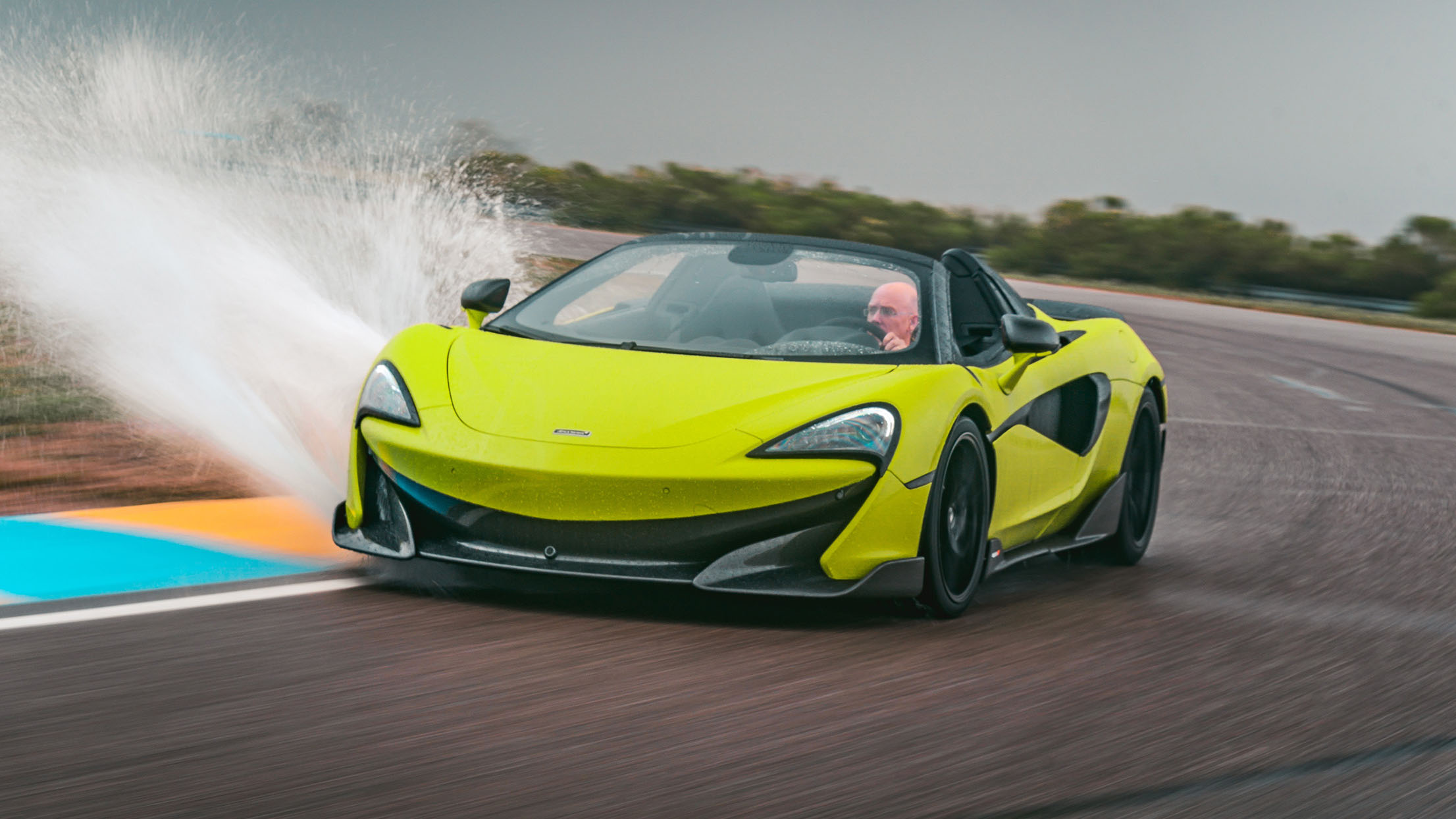 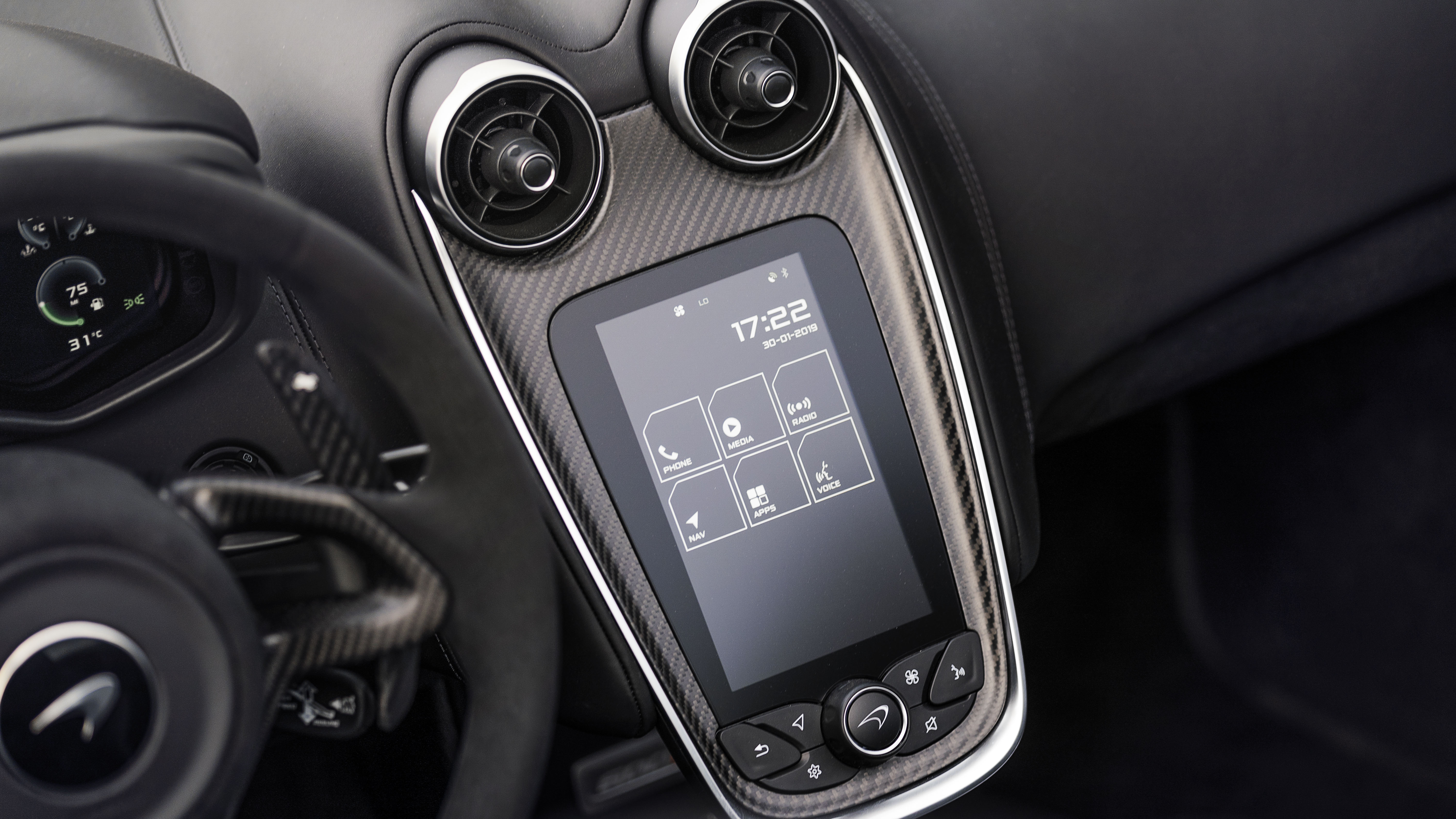 1 / 23
Advertisement
“The 600LT was one of our favourite supercars of last year. Now there’s a roadster. One for the boulevard? ”

Not much, we’ll even tolerate the lack of carpets

Another rather predictable McLaren. Which might seem to be damning it with faint praise at the very outset, but this is McLaren consolidating its position and plugging yet another niche – possibly the last actually – in its Sports Series line-up. Remember last year’s 600LT? Well, this is the roadster version. It used to be considered sacrilege to do an inevitably heavier drop-top version of a hard core supercar, but McLaren’s last attempt at a roofless LT, the 675LT Spider, proved otherwise rather magnificently.

Everything that was done to transform hard top 570S into the 600LT has been carried out again. Inevitably it’s heavier – but only to the tune of 48kg thanks to the stiffness of the Monocell II tub negating the need for additional bracing. Despite all the electric folding hardtop gubbins, this convertible is 50kg lighter than a 570S coupe, 100kg lighter than the 570S Spider it’s most closely related to.

Provided, that is, you tick all the right boxes. The top exit exhausts (a 12.6kg saving), lightweight suspension components (down 10.2kg), new forged wheels with Trofeo tyres (a 17kg saving) and one-piece carbon seats from the P1 (-21.0kg) all come as standard, but if you really care about skinniness you’ll have the Clubsport Pack (5.6kg saved by fitting the Senna’s even lighter seats, titanium wheel bolts and extra bits of carbon). And you’ll do without air con (saving 12.6kg) and the sound system (another 3.3kg).

Depends how much hardship you’re prepared to tolerate in your £201,500 track toy. But when weight saving extends to the wiring harness (-4.0kg), windscreen (-3.5kg) and now absent glovebox (-1.0kg) you can’t say McLaren isn’t serious about reducing weight. 80kg lighter than any rival is the claim. About the only weight added is the new fixed rear wing – and that’s only added 3.5kg including the pylons and fixings.

That’s quite enough about weight. Various bits are borrowed from the Super Series 720S: brake calipers and discs, front and rear aluminium double wishbones and suspension uprights, stiffer, thicker roll bars and toe links and a more efficient water pump. The adaptive dampers are carried over from the 570S but recalibrated, the suspension geometry is changed and the ride height dropped 8mm.

The 3.8-litre twin turbo V8’s extra 30bhp (now 592bhp/457lb ft at 5,500-6,500rpm) comes at least in part from the upward facing exhausts – a metre shorter and with less back pressure. Meanwhile the twin clutch SSG seven-speed transmission has a few tricks up its sleeve: ignition cut in Sport mode for faster shifts, Inertia Push in Track mode that uses the flywheel’s kinetic energy to pulse the torque as the next gear is engaged. Plus there’s launch control and – yep – the 600LT’s burnout mode makes a reappearance. And most importantly of all, justifying the £16,000 price rise over the coupe, there’s the folding hard top, which can be used at up to 25mph and takes 15 seconds to perform its back deck acrobatics. 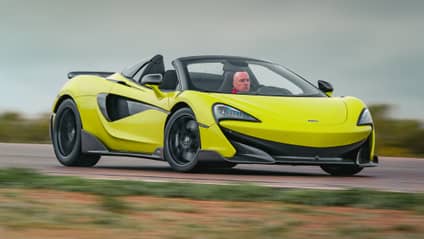 “The 600LT was one of our favourite supercars of last year. Now there’s a roadster. One for the boulevard?”

As we said at the start, it’s tempting to see the 600LT Spider as just another box-ticking exercise within McLaren’s massive Track25 business plan (18 new cars to be launched by 2025). But then you drive it, and you realise that there’s more to this LT than just the fact it’s a faster, harder Sports Series model. It delivers such compelling handling accuracy, tactility and sharpness that it’s something else entirely – another roadster in the mould of the 675LT Spider that gives away so little ability to its hard-top sibling that all sneering comments about roadsters not being for serious drivers can be ignored.

Yes, refinement has been compromised, no you shouldn’t take that to extremes by doing away with the aircon. Yes, it’s a convertible, but it’s at its best with the roof up, rear window lowered. For the noise, which is markedly better here than in any other Sports Series McLaren. But when all’s said and done, it’s just awesome to drive – another Long Tail that deserves its place on McLaren’s model roster on talent alone.