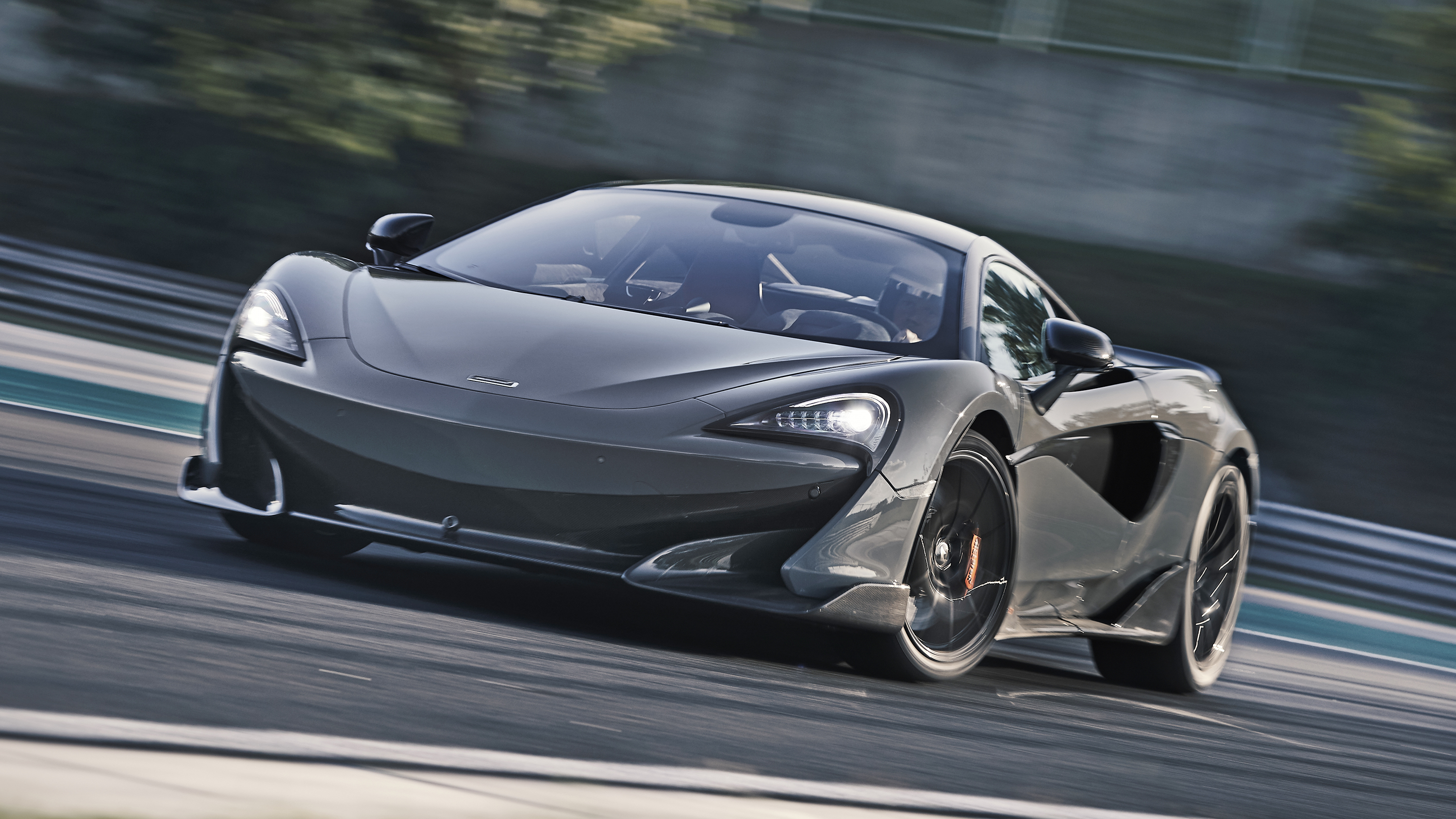 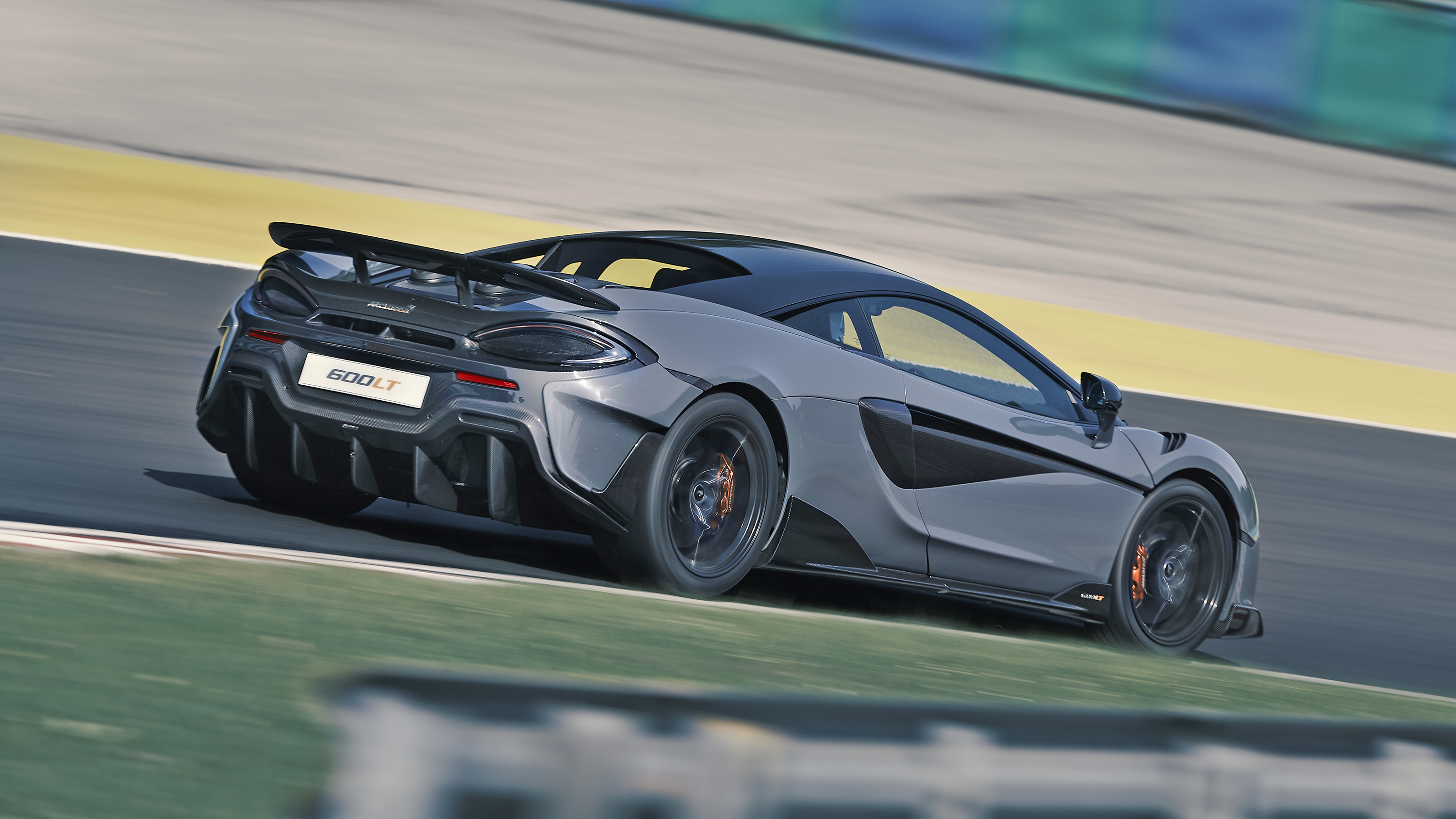 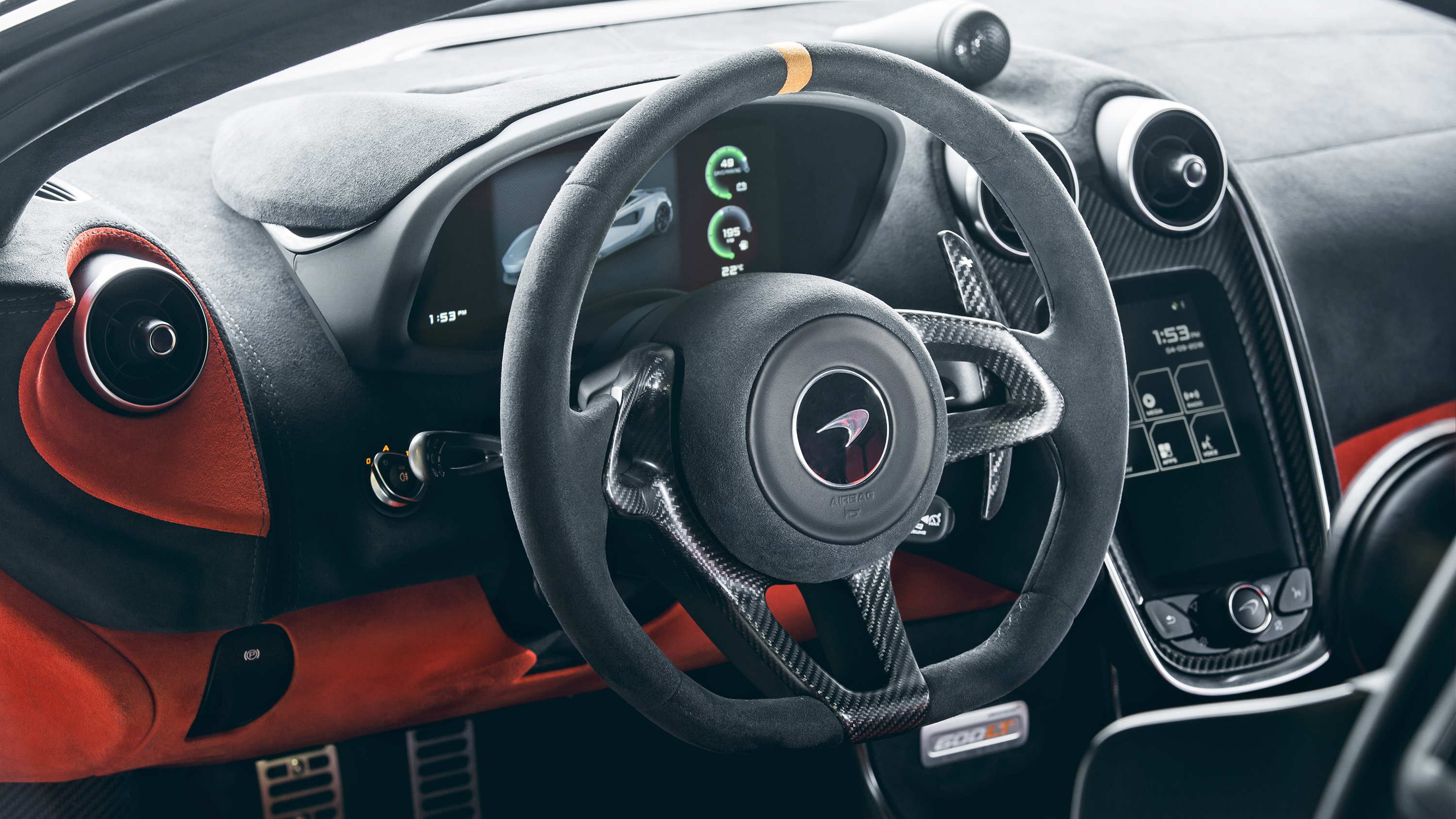 Key word: dissection. This is the one thing I took away from the 600LT – the sheer feel, accuracy, precision and control it gives you. In this regard it’s even more impressive than the 675LT.

It’s how the 600LT gets itself into the corner that most impresses. And that starts the moment you hit the brakes. The pedal is reassuringly firm, the bite is huge and the ABS barely intrudes, so it feels like the car has basically snagged an aircraft carrier’s arrester wire. There’s barely any dive and no differential to get twisted up once you start to turn, so the LT is clean and flat into the corner.

It changes direction in a way that defies belief for anything running on modest 225-width tyres. They might be Pirelli Trofeo track day tyres, but I still couldn’t get over how much grip they provided. Could they be wider? Maybe, but that’s not the point – narrower tyres communicate better, and the 600LT is about communication more than lap time (although McLaren is also keen to point out it’s faster around a track than the 675LT…).

So, you can turn and brake at the same time and know exactly where you are with grip at both ends. If you push it very hard indeed you will get the front end to nudge into understeer, but the McLaren responds so fast you can get that nullified, adjust the balance, correct your line and carry on before you’ve reached the apex. Seemingly in the space of a few metres, in fact.

This is the main thing that differentiates the 600LT to any rival for me. The accuracy and response is such that time seems to slow down during a corner. You have the ability to make corrections many times, to feel how the car reacts and adjust again several times in one corner. It’s uncanny. It’s akin to a Caterham. At 1356kg it’s lighter than all its direct rivals, too.

Every message is delivered with high-def clarity, every response to steering and brakes is immediate. It gives you the ability to break the corner down into phases, and then sub-divide each one, then pick those apart, to study and feel everything. It’s uncanny and absorbing.

The engine? Well, alongside the chassis, it’s the weak link. If you have the revs fully fired up (above 5,000rpm), then lag isn’t an issue, but there’s no denying the 600LT is more exciting on the way into a corner than on the way out. Yes, the noise is a bit more penetrating thanks to the top exit exhausts, the acceleration maybe a little more urgent, but the tune isn’t a belter. So you focus back in on the chassis again, impressed by how it manages traction when it has no mechanical diff, how early you can pick your exit point without the car deviating from its line, how adjustable it is on the throttle.

On circuit the 600LT is enthralling. It generates speed without effort and never stops communicating. When you slow down it still has that precision, but I’m not sure it has the same breadth of capability as the 675LT. That car was as vivid on road as on track. The 600 copes on road, but is somehow slightly less enthusiastic. Maybe it’s the engine. Whatever, it’s a small thing, but it comes across as a little more serious-minded, a little less playful.

Get the spec right (you can get it wrong as we’ll discuss in the next section) and it’ll do distance admirably enough. The glass and carpets might be thinner, but noise isn’t an issue and ride quality, while positive, isn’t unpleasant. Watch the brakes – when the carbon ceramics are cold, the pedal needs a good shove.

The seating position is wonderful, the front scuttle is low, the view out is great. Back the modes off and the gearbox will shuffle up into seventh at little more than 30mph. Should have mentioned it earlier, but the gearbox could occasionally do with snappier downshifts when you’re on it. No issues with upshifts though. Bang, bang, bang, home they go, and while the turbo whistles and the exhausts blare, the speed just keeps piling on. A great deal of it. 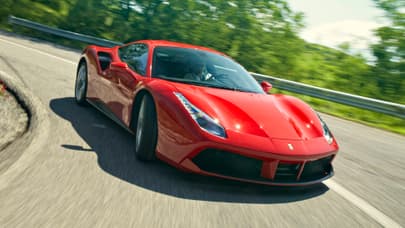 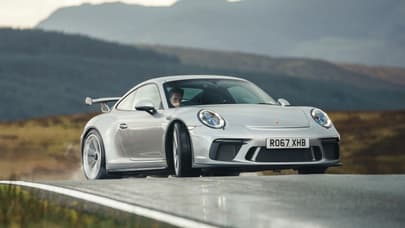 £ N/A
Practical and liveable, but also blooming good to drive. The 911 is *the* all-round sports car 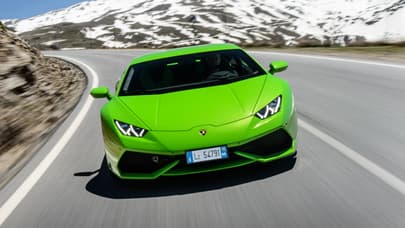