Read why you can trust our independent reviews
Top Gear Team
Published: 27 Feb 2019
Skip 15 photos in the image carousel and continue reading 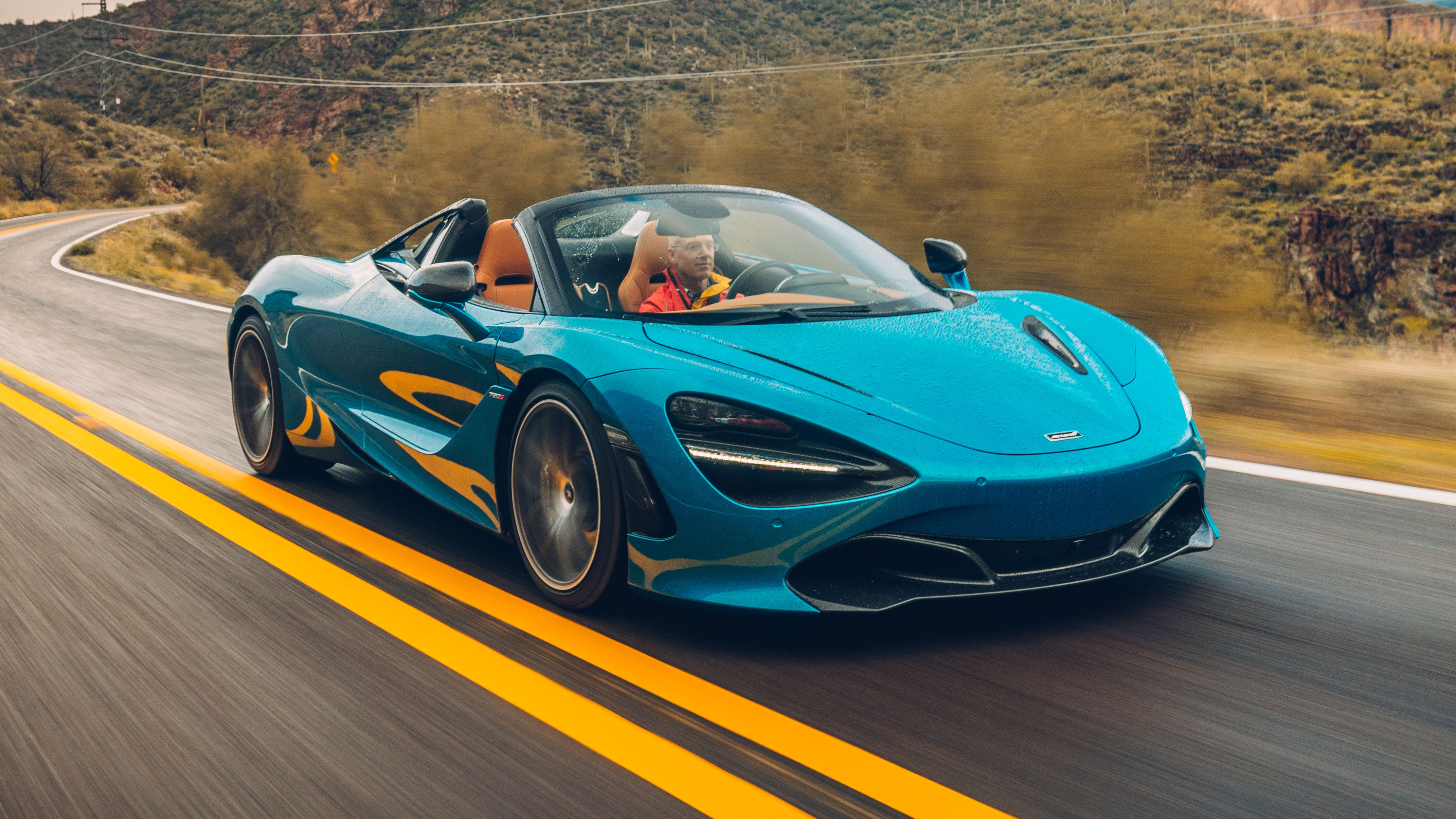 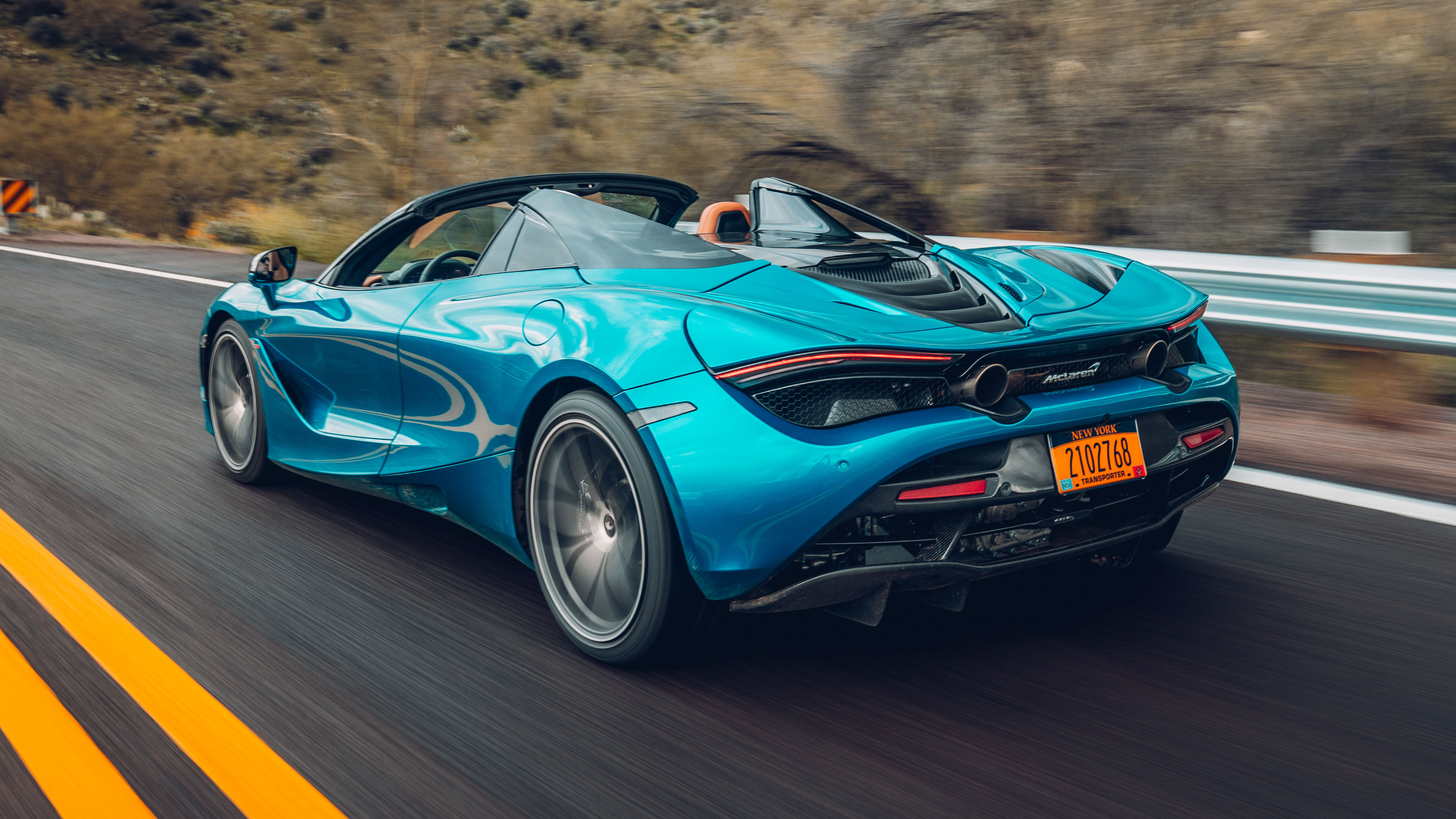 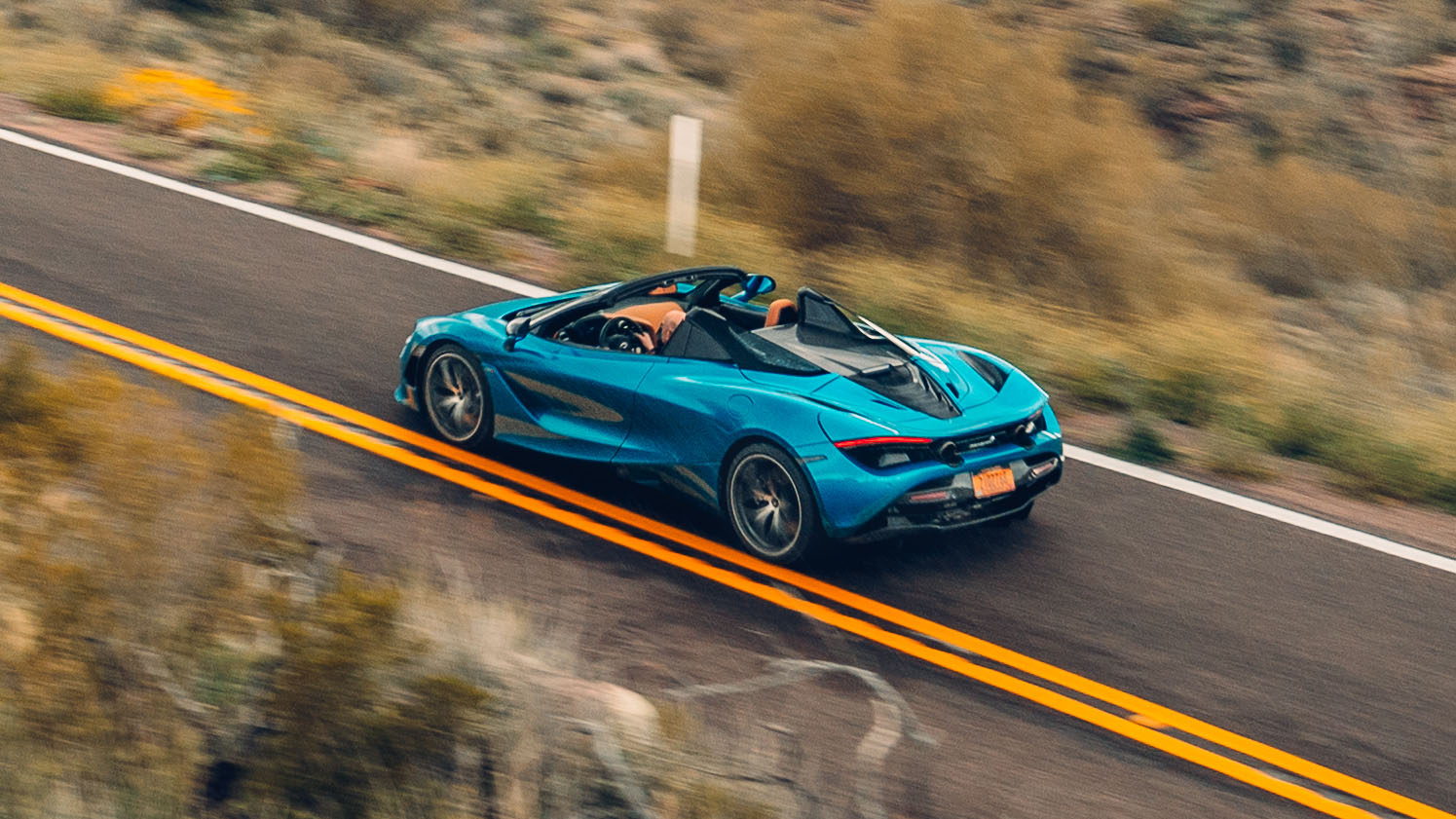 1 / 15
Advertisement
“All the best bits of the coupe, now with added fresh air ”

Engine could be more charismatic, dash reflections in windscreen, price, not a lot else

A car capable of putting a 200mph breeze across your bonce. Or perhaps more pertinently the roadster version of our favourite current supercar, McLaren’s 720S. Now, you know the score. Take supercar, remove roof, receive roadster. Only it’s never that simple because 700bhp supercars need to be stiff, and so in addition to the roof’s motors and panels, they need extra bracing and strengthening. End up weighing 150kg more.

You’re one step ahead of us, no doubt. McLaren’s dedication to a super-stiff carbon fibre tub instead of the aluminium monocoque used by almost all rivals means weight gain is kept to a minimum – just 49kg here – and strength isn’t sacrificed. That’s not to say both use identical Monocage II tubs. No, McLaren had to slightly alter the header rail to incorporate a central securing latch for the retracting roof.

OK, there’s a bit more to it, which has led to the 720S Spider’s chassis tub gaining an extra letter. This is now Monocage II-S. The changes mainly incorporate a new carbon rear section behind the seats (basically a frame for the roof to fold into) and alterations to the hinges and sealing as the door glass is now frameless.

The roof. Moved by electric motors rather than hydraulics, so it’s quieter. And it moves fast, too. Just 11 seconds to complete the sun vs rain routine. And at up to 31mph. McLaren is so proud of this lid, it’s applied for three patents on it.

The 720S coupe gained a reputation for habitability, thanks in no small part to excellent all-round visibility. This is an area roadsters typically perform badly in – somewhat ironic in a car designed to deliver maximum fresh air potential. But McLaren claims to have worked hard to keep the back deck low and that the glazed buttresses improve over-the shoulder visibility by literally some per cent.

Otherwise McLaren has copy/pasted coupe to roadster. Same hydraulic cross-linked variable dampers and active aero package (although your top speed is ‘only’ 202mph with the roof down, 212mph raised), and the 4.0-litre V8 twin turbo is carried over unchanged. But that’s still 710bhp and 568lb ft to do the shoving, so 0-62mph takes 2.8secs and 124mph is dusted in 7.9secs. The Coupe is obviously faster… but only by 0.1secs to 124mph. Basically nothing.

The biggest gain therefore is not the additional 49kg, but the fact McLaren charges £580 for each of those kilos. Yep, while the coupe starts at £208,600, base price for the Spider is £237,000. And like the coupe, most buyers upgrade to either Sport or Luxury specification (£246,990). And then use that as a jumping off point to greater things. Like the eleven carbon fibre option packs fitted to the car you see here that together add another £42,490, helping boost the total list price of this Luxury spec car to £321,900. Ouch. 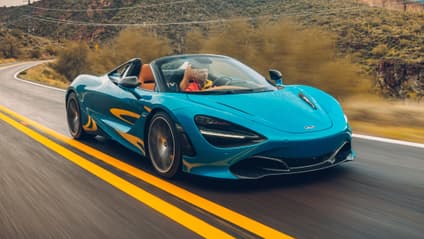 “All the best bits of the coupe, now with added fresh air”

What sets the 720S Spider apart from rivals isn’t that it’s more exciting to drive, but that it has a greater range of abilities. As it did with the coupe, McLaren has focused just as much on usability as driving prowess. Features such as the electro-chromatic roof and glass rear buttresses don’t just look good, but serve useful functions. It’s got over 200 litres of load capacity, the cabin has been thoughtfully configured, the roof operation is a swift, silent delight.

Does it look as distinctively different as the glass-backed coupe? Maybe not quite, but this is still a very well executed piece of design. And we’re used to the eye sockets now aren’t we?

How to deal with the question of cost? It’s very expensive, but so are its rivals and I’d argue that very few, if any, are as thoroughly and thoughtfully designed as the 720S Spider. Besides, price is unlikely to be a sticking point for most buyers. What might steer people another way is the lack of overt, yowling drama. The 720S is calmer than that, more usable, keeps its talents hidden unless you ask for them to be revealed. Speaks softly, carries big stick. We said the same about the coupe, said it was arguably the world’s most complete supercar. The same is true of the roadster. 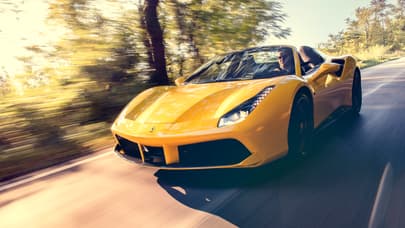 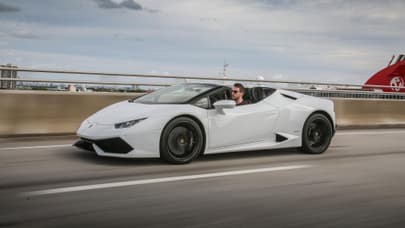