£189,235 when new
Read why you can trust our independent reviews
Jason Barlow
Published: 07 Apr 2019
comments
Skip 13 photos in the image carousel and continue reading 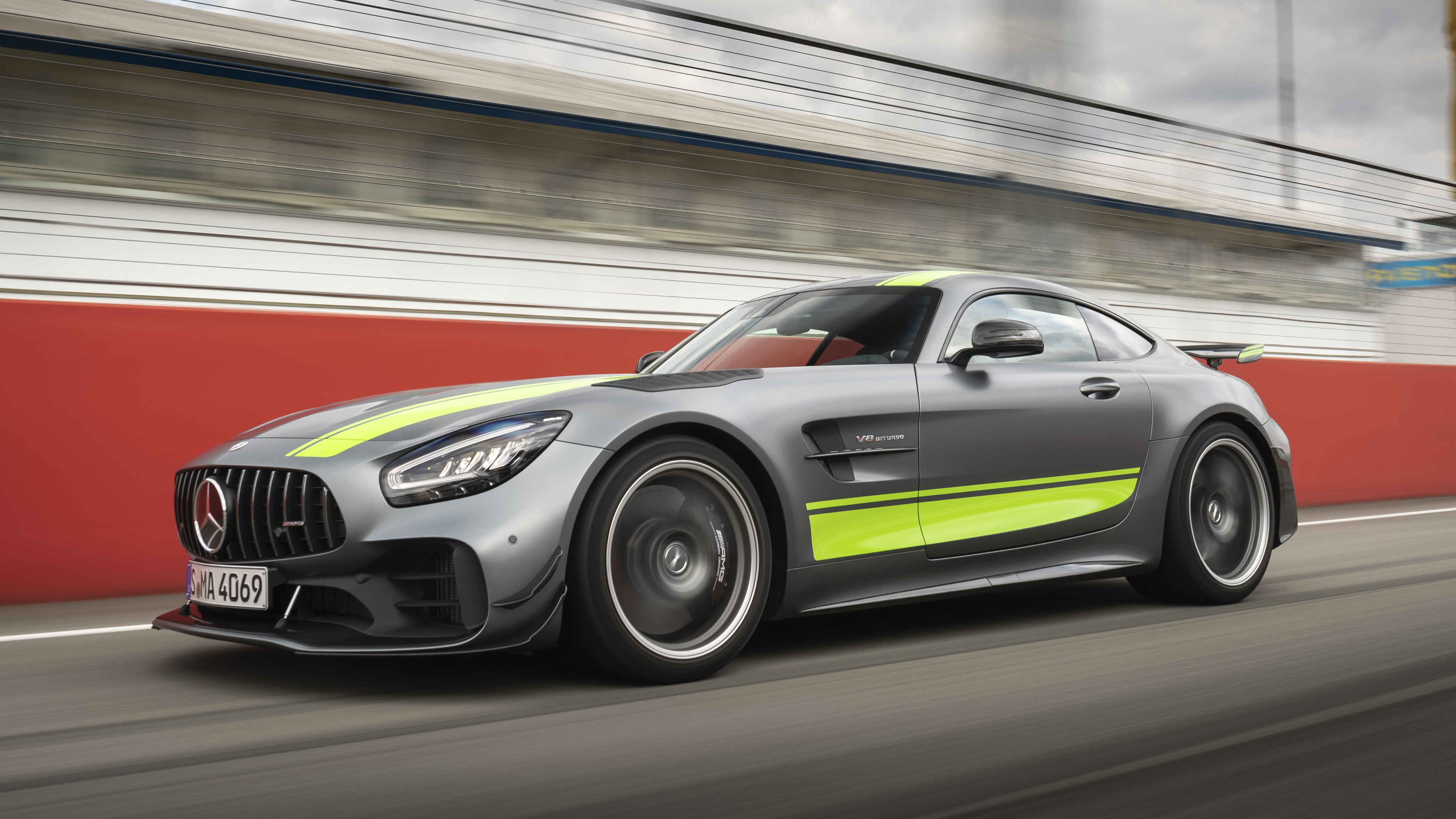 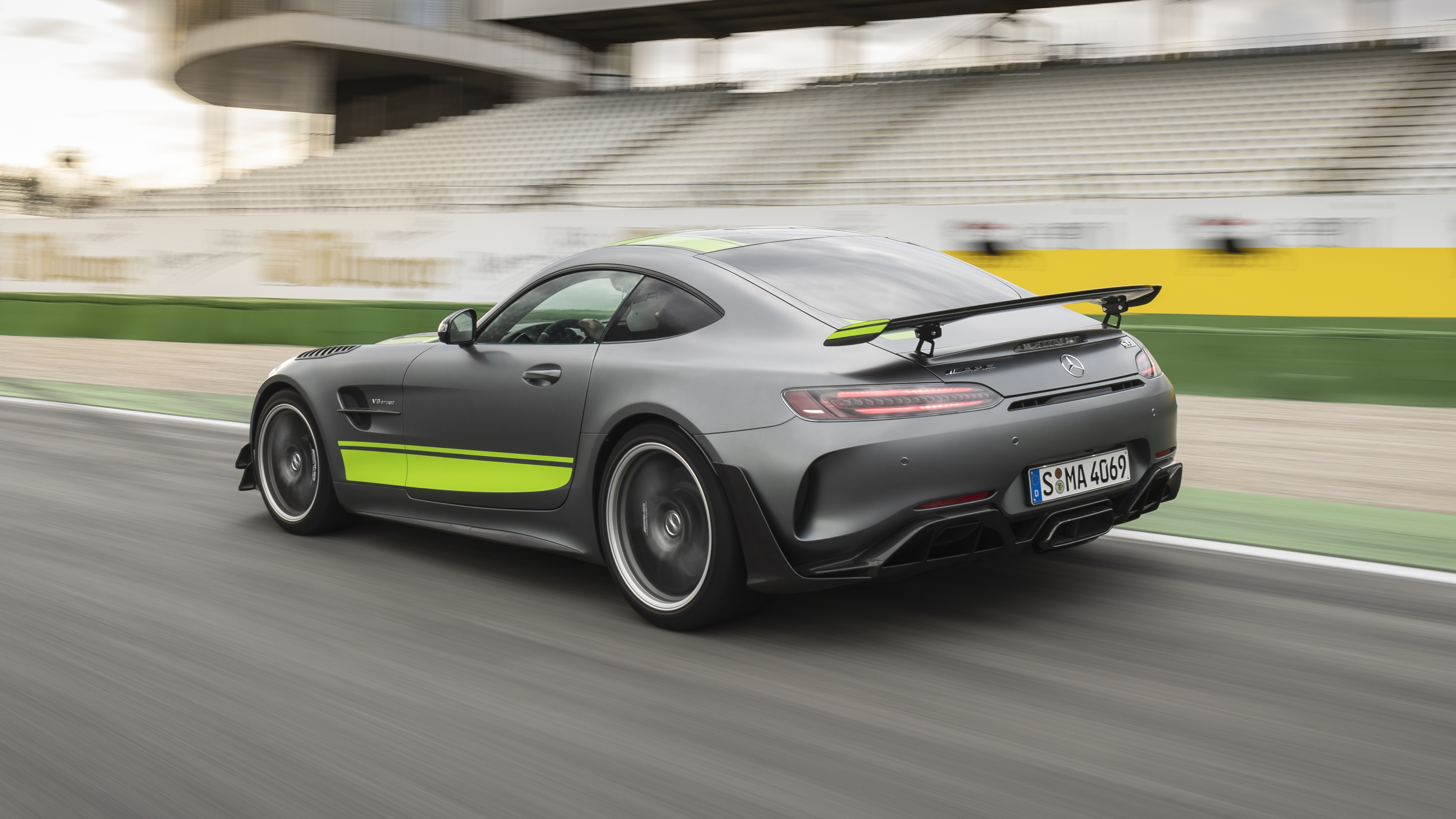 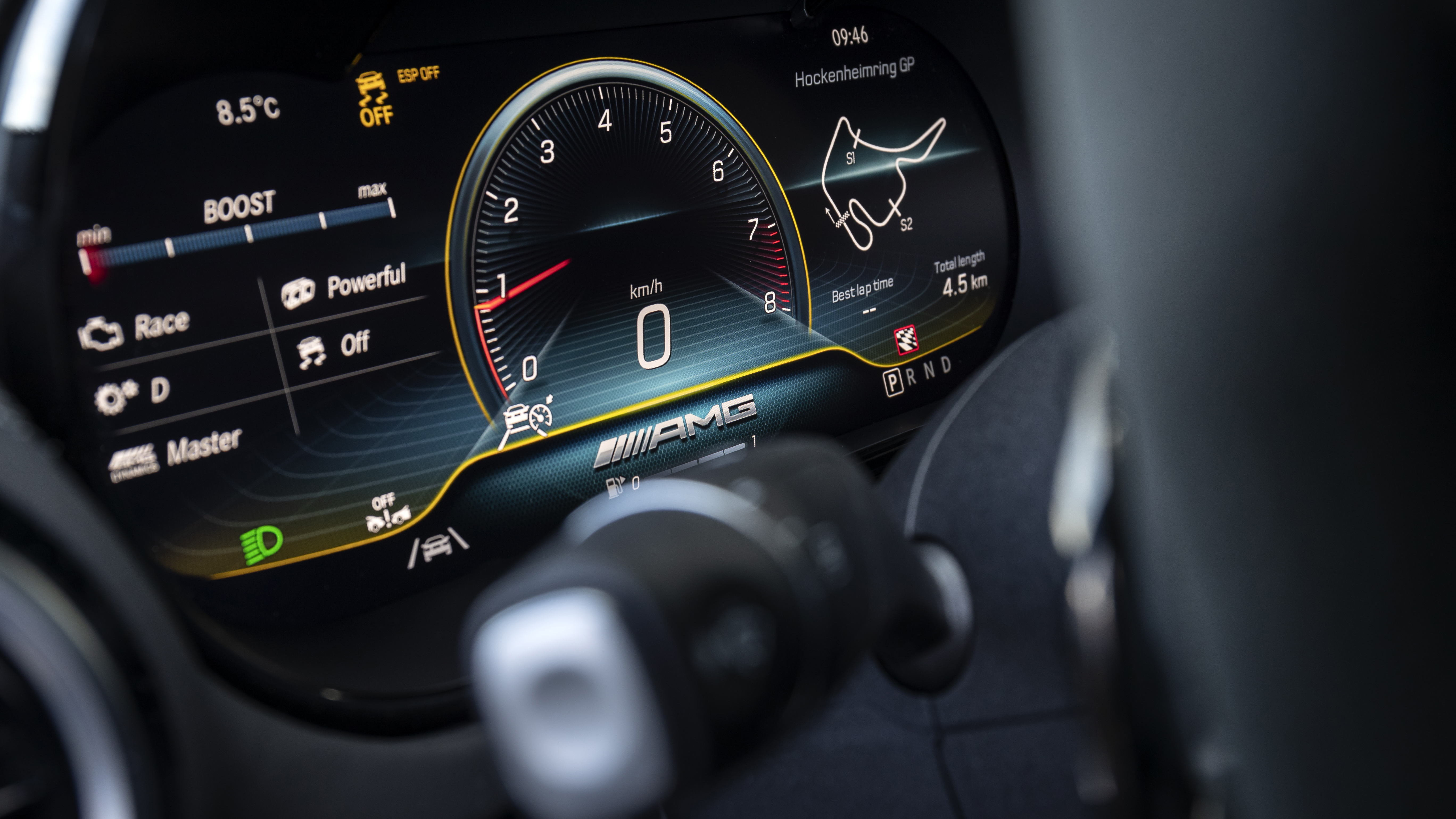 Amongst other things, yes. But first, an update. The AMG GT now comes in five different flavours, ranging from the ‘first step’ to the ‘beast from the green hell’ GT R, via S and C versions. The range has been refreshed, too, with a new nose, redesigned rear diffuser with trapezoidal or quad-exit tail-pipes, new steering wheel configurations, and the centre console/transmission tunnel seen on the GT four-door – complete with infuriating track-pad thingy. It also appears that AMG is engaged in its own game of thrones, because the GT R Pro is labelled the ‘hardcore one’, thereby usurping its sibling, a car precisely nobody stepped out of proclaiming, ‘it’s all right, but it’s a bit of a wuss.’

In essence, this is the track day GT. Although a 1.5-tonne Teutonic über-coupe might not be the obvious weapon of choice, the fact is that AMG has 160 very satisfied customer racing teams in the gentleperson’s GT4 category and hugely competitive GT3 series, and the silverware to show for it. So the GT Pro aims to close the gap between the road car and the racing version, and while it works in both environments, the emphasis is firmly on the track.

The headline changes are an improved power-to-weight ratio, reworked suspension, increased downforce, and more lightweight components. And that dodgy go-faster stripe. The GT R Pro can lap the Nürburgring in 7m 4.63s, in the hands of GT driver Maro Engel, compared to 7m 10.92s for the frankly slovenly regular R in the hands of someone whose name I don’t know.

That’s a decent improvement. How does it feel?

We were at Hockenheim, so we can’t comment on how it copes with the Ring’s challenges. But it’s certainly mighty around this GP track. Our test cars were using Michelin Pilot Sport Cup 2 rubber, but even so the amount of grip available is astonishing. It’s not a circuit I’ve personally driven before, and trying to follow pace man and DTM superstar Bernd Schneider is a tall order, but what you’re most aware of is the immediacy of turn-in and minimal understeer on the tight corners, coupled with lung-busting stability and balance on the high speed stuff – of which there is plenty at Hockenheim.

Markus Hofbauer, one of AMG’s top development guys, says that achieving a satisfactory aero balance was one of the priorities. "Nobody wants understeer on the 50-70mph corners, but at the same time we all want stability at higher speeds," he tells me. "Full-blown race cars have a 50/50 split, which is OK for a professional driver. But a road car will have a more 2/3 front, 1/3 rear aero split. The GT R Pro has an additional 99kg of downforce at 155mph, which you can feel in the steering, although we’ve retuned the set-up as well." All I can say is that for a 577bhp super coupe it inspires colossal confidence, and you can go harder into corners and much deeper with those huge carbon ceramics in the braking zones than seems sane. Just like the Schneiderman. And if you really do have delusions of grandeur, the GT R’s nine-stage traction control is there to govern the hero to zero transition.

Can I have a little more detail now please?

Sure. The GT R Pro uses comp-spec coil-over suspension so it’s adjustable for bump and rebound. Pitch, roll and traction are all optimised as a result. The rear axle features Uniball spherical bearings on the lower and upper wishbones, and the rear suspension is also adjustable. In other words, there’s scope here for tuning the car’s set-up according to the requirements of whatever track you’re fanging your £188k AMG around on, or your personal preferences. There’s also a carbon fibre front anti-roll bar – you can lift it with one finger – and a hollow tube steel one at the rear. A carbon fibre shear panel is fitted to the rear underfloor to stiffen the structure. It weighs 1,575kg dry, 25kg less than the R.

The Pro uses the Airpanel already seen on the GT R, radiator shutters that close to improve aero efficiency and open when cooling is needed. It also features bespoke turning vanes, a new front splitter and rear diffuser, mounted on milled aluminium brackets. No attempt here to hide the rear wing, loudly, proudly and adjustably boosting downforce over the rear axle. It gains a Gurney lip on the GT R Pro, though. There’s also a carbon fibre roof, side sills, as well as on the splitter and diffuser.

Nope. But if you have a problem with the twin turbo 4.0-litre V8, or 577bhp and 516lb ft of torque, you’ll get short shrift from me. (Interestingly, the race cars still use AMG’s normally aspirated 6.2-litre V8, a blistering old-school powerhouse of an engine.) The up- and down-changes on the seven-speed dual clutch ’box have a welcome mechanical feel, and more importantly you rarely find yourself trying to bag the right gear twice in the heat of the moment as you arrive at a corner. It’s seamless but has a proper energy to it. Cool.

It is. AMGs have always been effective if sometimes rather blunt instruments, but these days they’re impressively nuanced. Granted, a McLaren 600 LT or Porsche 911 GT3 have yet more vivid colours on their dynamic spectrum, even sweeter steering and ultimately there’s more to play with on the limit simply because their configurations invite it. But the GT R Pro is huge fun, and a keen demonstration of just how fundamentally well sorted the GT chassis is. All of which bodes well for the Black Series, at which point we can expect the wick to be turned all the way to 11. Only 750 GT R Pros will be available, starting at £188,345. With the emphasis on starting: the options list is predictably vast, including the £4,285 Carbon Package, £5,995 for the ceramic brakes, and £1,685 for the Track Package that adds a steel roll cage, four-point safety harness, and fire extinguisher. You have been warned.