£495 p/m
External link to
with Leasing.com
Read why you can trust our independent reviews
Top Gear Team
Published: 30 Jun 2021
Skip 11 photos in the image carousel and continue reading 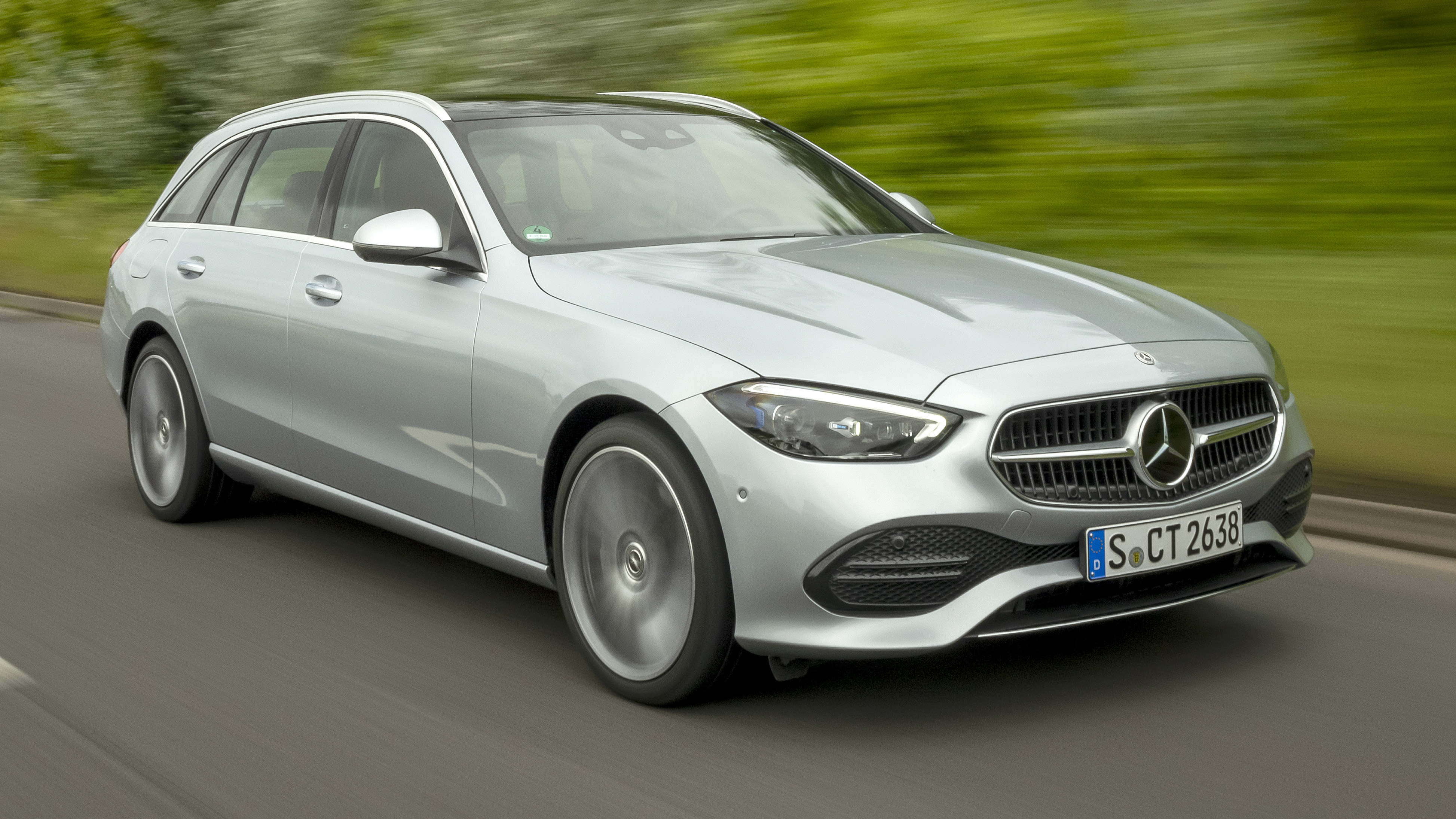 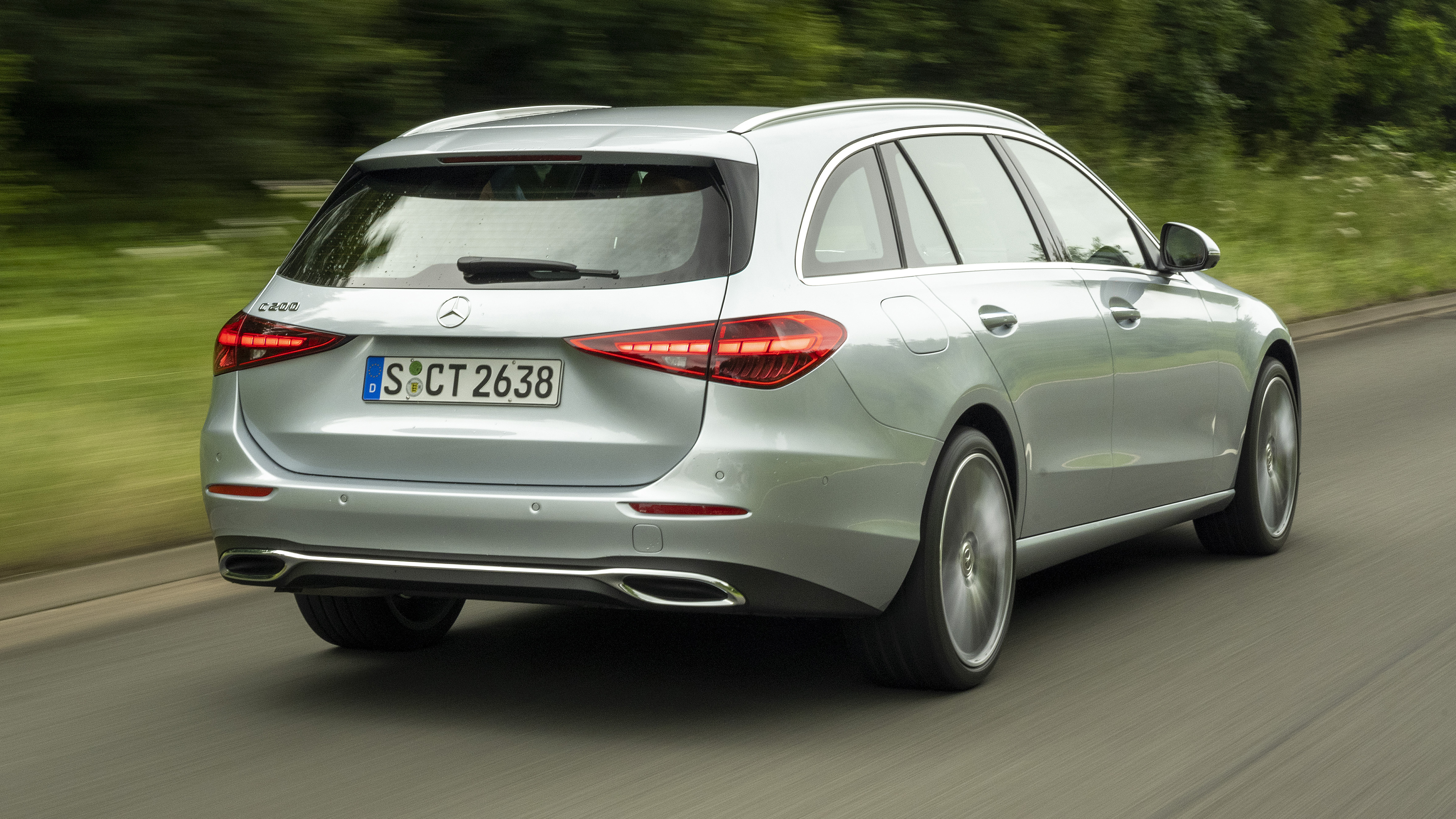 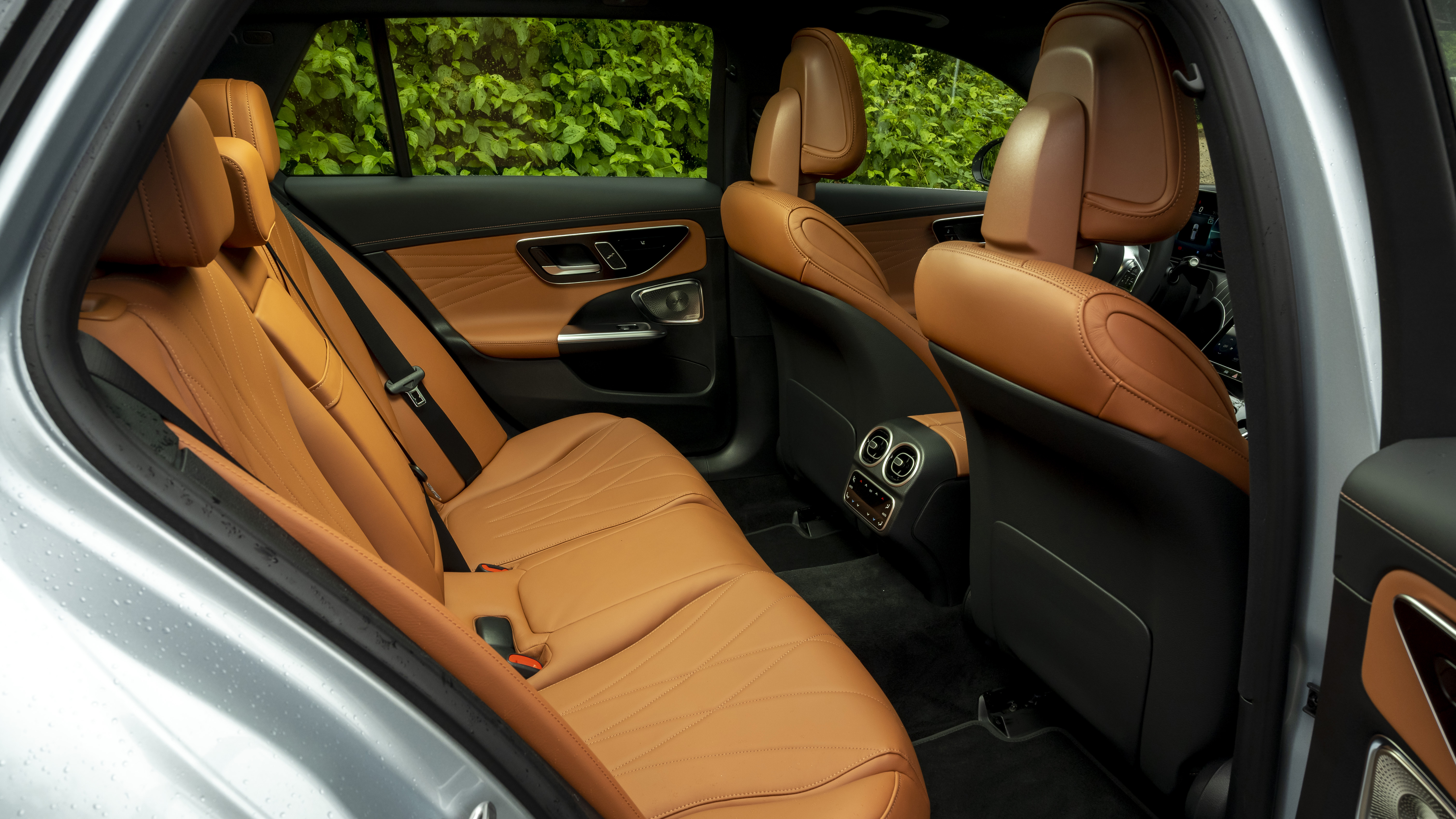 Loaded with tech, as practical as its main rivals, good diesel engine

Odd brakes, some cheap cabin materials, rear-steer and adaptive dampers not coming to the UK

The new Mercedes-Benz C-Class Estate doesn’t take much explaining – it’s a small, ‘premium’ wagon aimed squarely at the likes of the Audi A4 Avant and BMW 3 Series Touring. Based on a heavily reworked version of the outgoing car’s rear-drive platform, inside it borrows much tech (and most of its design) from the current-gen S-Class. Other headlines include electrified combustion engines and, predictably, more space than the outgoing car.

From the outset you’ll be able to choose between a 1.5-litre petrol and two 2.0-litre diesel engines – respectively the C200, C220d and C300d. All are rear-wheel drive (4Matic all-wheel drive is an option elsewhere in the world), have a nine-speed automatic gearbox and benefit from a 48-volt mild-hybrid system that’s supposed to make them more responsive and efficient.

A petrol plug-in hybrid C-Class Estate with over 60 miles of claimed electric range is coming later this year, followed by a diesel plug-in (why is it only Mercedes who does those?) in 2022. Then there’s the AMG C63, which will also be a four-cylinder plug-in hybrid but with AWD and over 600bhp. It’s coming in 2022 – and given BMW has finally got around to doing an M3 Touring, you’d hope Merc would carry on offering the C63 in Estate form.

HOW MUCH STUFF CAN I FIT IN THE BACK?

A lot – the new C Estate is physically bigger than the car it replaces in every way bar height, so it’s more spacious inside. You get 490-litres of space with the rear seats upright or 1,510-litres with them folded – that more than an Audi A4 Avant or Volvo V60, and about the same as a BMW 3 Series Touring. The rear seats fold 40/20/40 via toggle switches in the boot itself, and Mercedes claims the boot lip is lower to make loading and unloading easier.

HOW DOES IT HANDLE?

Hard to say, because the only Cs we’ve driven so far weren’t to UK spec. Both our C200 Estate and C300d Saloon test cars were equipped with rear-wheel steering and adaptive dampers, neither of which will be offered on right-hand drive UK cars. Annoying, yes, but it’s so often the way when you’re driving a car that doesn’t actually go on sale here for months.

First impressions are good, though. Whether the Mercedes handles as well as a 3 Series or is as refined and comfortable as an A4 is a question we’ll answer just as soon as we can get our hands on the UK-spec car.

WHEN CAN I BUY ONE?

Unusually the C-Class Saloon and Estate will go on sale at the same time. Exact UK pricing and specs will be announced in July, with the first right-hand drive cars scheduled to land in the autumn.

Whether you’re a cash or PCP buyer, expect the new C Estate to cost more or less the same as a comparable BMW 3 Series Touring or Audi A4 Avant, and a tad more than the outgoing C-Class to account for all that clever new S-Class-grade tech.

The outgoing C-Class Estate costs £1,200 more spec-for-spec than the saloon – expect a similar delta with the new car.

“Makes a broadly good first impression with its S-Class-grade tech and comfy cabin. Final verdict to come once we've driven a UK car”

It’s hard to come to a definitive conclusion when we’ve only driven an early car not to UK spec (and when we don’t know how much it’s going to cost). That said the new C-Class Estate makes a broadly good first impression with its S-Class-grade tech and comfy cabin. That it handles and rides reasonably tidily in this configuration bodes well for UK cars. The C-Class Estate does well on practicality too – it’s more spacious than the old car, and about as big as its main rivals (though if space is a concern, more is available elsewhere). Fingers crossed the plug-in’s battery doesn’t eat-in to the cargo space.

On the flipside, some cabin materials aren’t up to scratch and the brakes are a bit odd. The 1.5-litre petrol engine we tested wouldn’t be our choice either – the 2.0-litre diesel we sampled in the C-Class Saloon suits the car’s character much better.

The score up top is provisional until we’ve driven a UK-spec car. We’ll update this review as soon as we have. 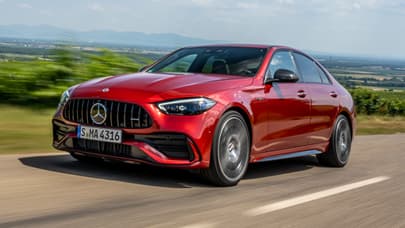 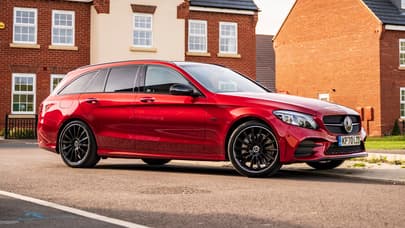 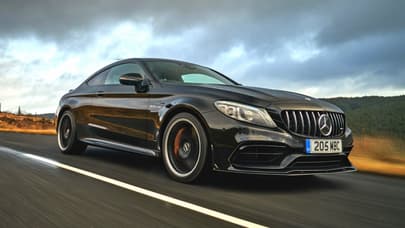