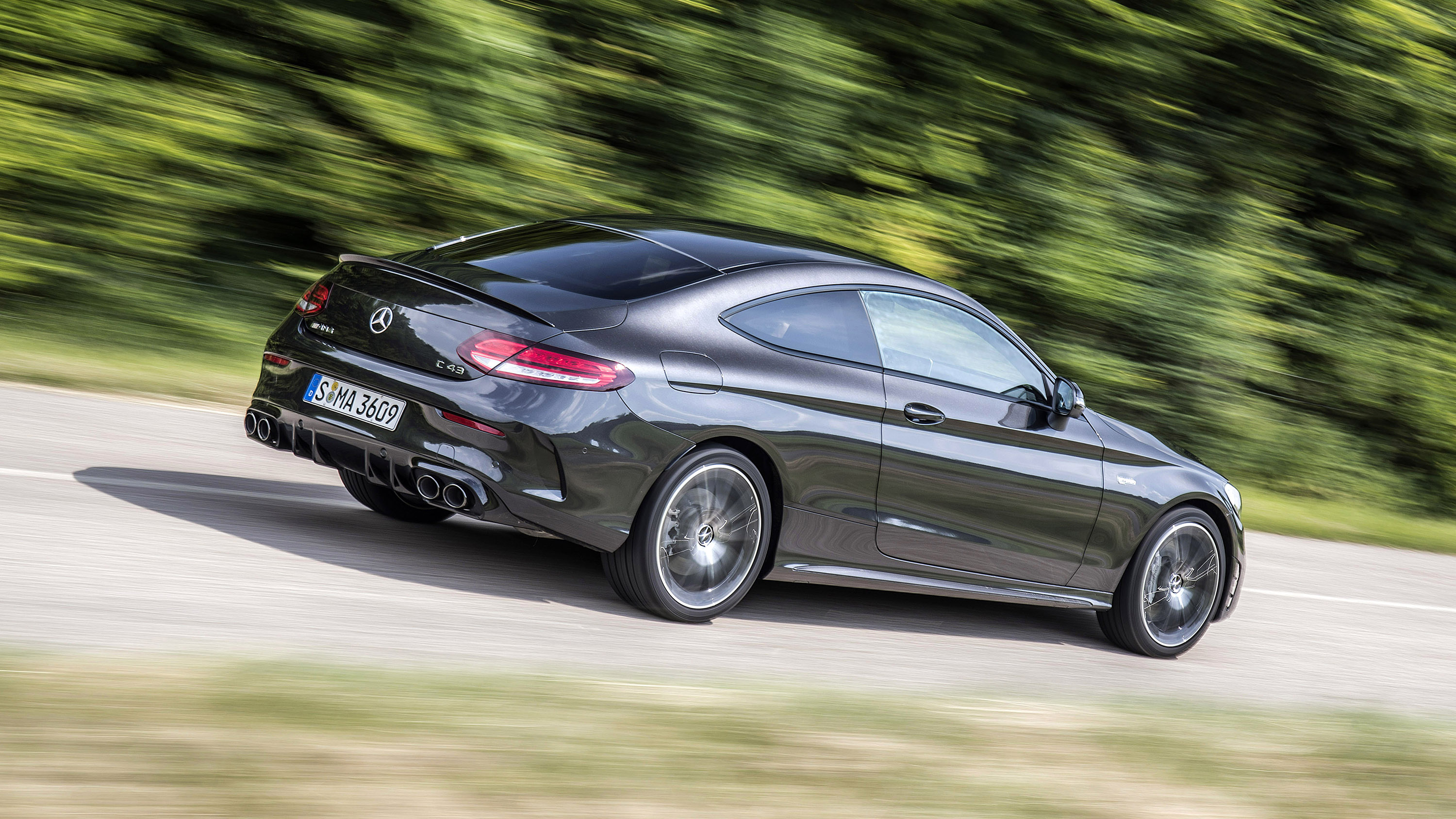 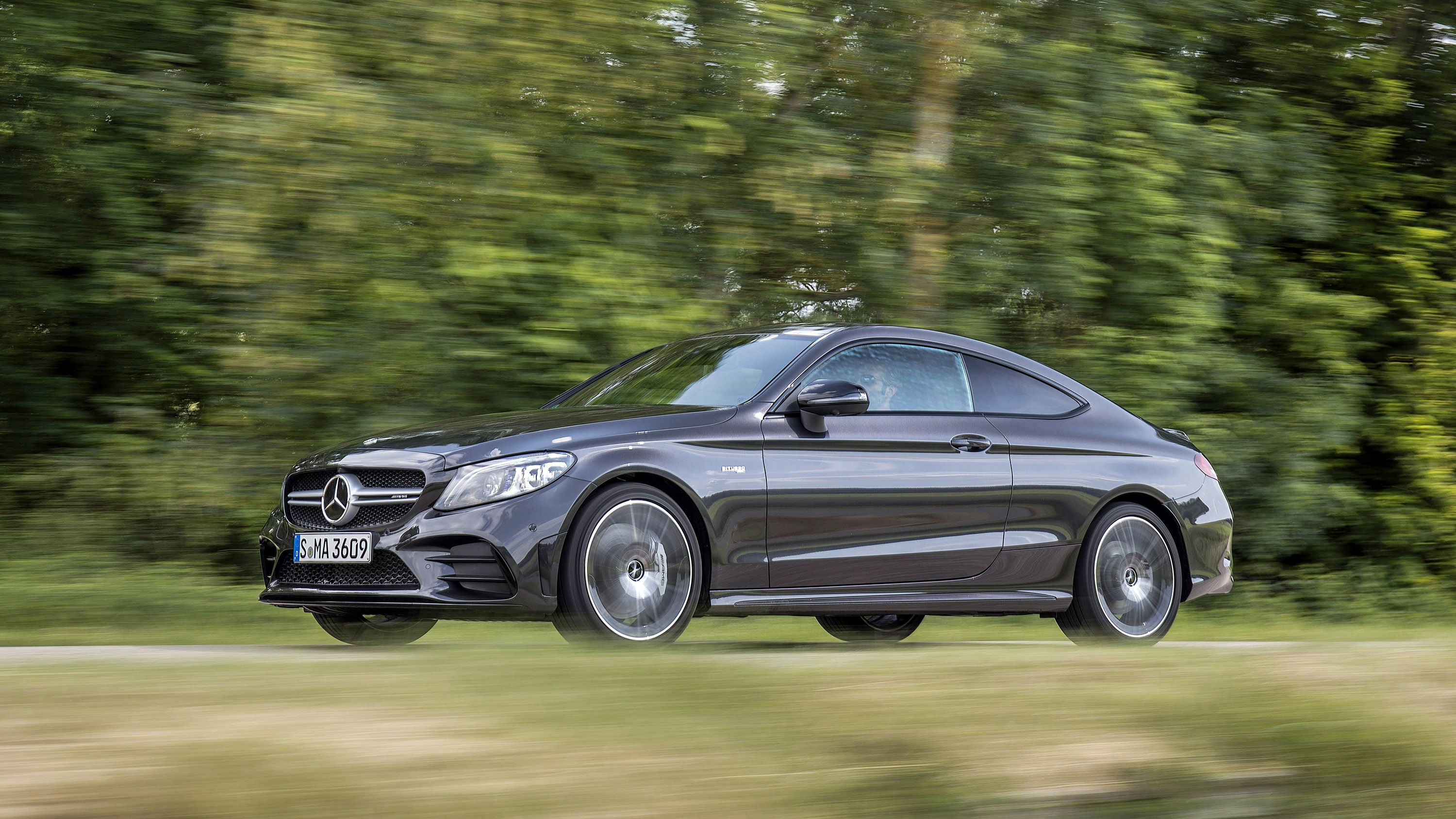 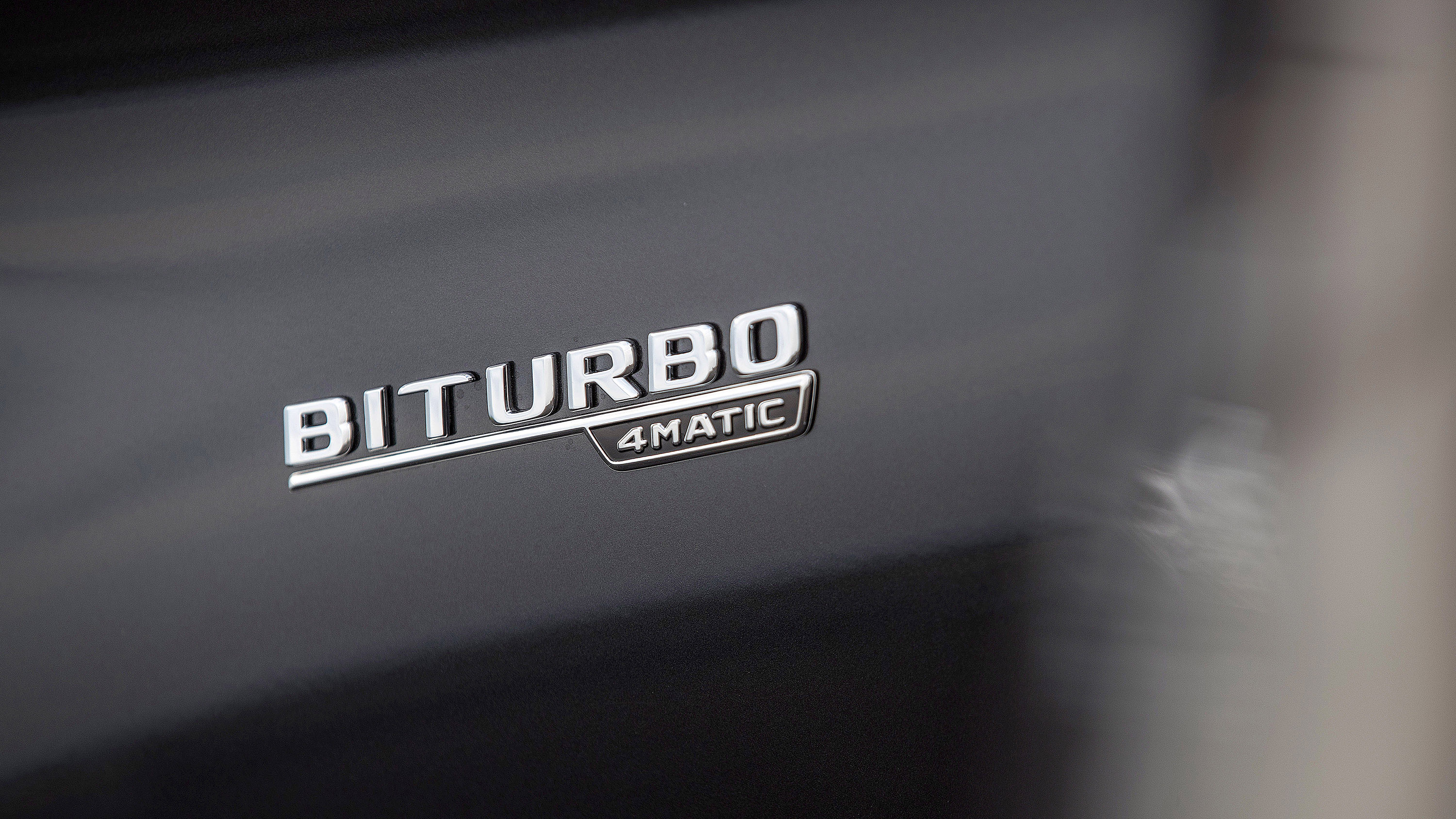 This is a new Mercedes-AMG C43?

It is indeed. The Mercedes C-Class has just had its mid-life update, and it’s the biggest in C-Class history. Around 6,500 new components make the car nearly 50 per cent new, but given many of those components arrive via a wealth of new engines, the C43 can’t count itself as quite so updated.

But while its 3.0-litre V6 petrol remains, it’s still been upgraded, getting two new turbos which are bigger than before. They free up a grand total of 23bhp, taking the C43’s total to 385bhp. If you think that seems like a small hike for such a big mechanical change, then you’d be right. It all suggests Merc is eyeing up more performance from this engine in the future…

For now, though, it whisks the four-wheel-drive C43 AMG to 62mph in the same 4.7secs as before and onto an inevitably limited 155mph top speed. Those figures are for the coupe, but the C43 also comes in saloon, estate and convertible forms, too. Prices start at around £50,000, making the C43 around £12,000 more affordable than the cheapest V8-powered C63 AMG.

How close to its big, burly brother does it get?

The C43 is a considerably more grown up car. It’s clearly Mercedes seeing the success of Audi S4s and S5s and fancying something similar, and it acknowledges that many C43 customers thus far have been new to AMG. It’s aimed at people who might not want the loud, tyre-shredding C63, then, rather than people who simply can’t stretch to one.

This updated C43 does try to better ape the C63, though, with a similar grille and some design tweaks to closer link the two. Without the C63 coupe’s cartoonish wheel arches, though, it’s not a dead ringer. Got to keep something in reserve for the full-strength BMW M4 rival…

Does “grown up” mean boring?

Depends on what you’re expecting of the C43. It’s very composed, refined and plush, and if you don’t prod the sports exhaust into life (or push the car into its Sport+ mode, which turns the exhaust volume up with it) you might wonder why there’s AMG badging when you first pull away.

That’s a blessing and a curse; on the one hand, the car could be construed as underwhelming, but on the other, you have a carefully calibrated sports coupe (or saloon, or estate, or convertible) that ought to be hilariously easy to live with.

The steering is really natural and the body control is superb, so it remains unflustered no matter how twisty and bumpy the road. It only comes with four-wheel drive, and while two thirds of the power goes to the rear axle, it’s a long way from the smoky, skiddy thrills of a C63. You’d need a wet road or a liberal attitude to corner entry techniques to make this car act immaturely.

Despite two big turbos, the V6 is pretty linear in the way it delivers power. Normally that’s the sort of attribute we love – a turbo car pretending to be naturally aspirated – but here, it means its impressive-sounding 385bhp output proves pretty undramatic in real life. In pure acceleration terms, you might be a bit let down by the C43’s pace, but away from traffic light grands prix, the engine is muscular enough to make overtakes pretty easy.

The C43 comes as standard with a nine-speed automatic gearbox, and if you’re in the mood for a brisk drive it’s definitely one you want to take manual, paddleshift control with. With nine whole ratios, it’s perhaps not surprising the car occasionally makes a duff choice. And with those ratios pretty shortly stacked, you can have a bit of fun flicking up and down them on a fun piece of road.

Is it highly configurable?

It is. And the car’s character changes usefully between its Comfort, Sport and Sport+ modes. As usual, you’re probably best pick’n’mixing your favourite settings into the Individual mode, as that allows you to have the softer suspension setup mixed with the punchier engine tune, nigh on always the ideal mix on a decent back road.

In a car so accomplished, the raucous sports exhaust feels akin to lining a sober grey suit with an outrageously jazzy silk lining, and its gamut of pops and crackles is probably an acquired taste. At its most wild, it also makes the C43 sound curiously like a Hyundai i30 N. Which is a credit to the Hyundai, not a criticism of the Merc. Honest.

The C-Class’s mid-life update has brought all manner of other tech and modes into the car, too, with seemingly infinite customisation of the electronic dials available, while the combination of steering wheel thumbpads and a new, super-slim media screen make it dead easy to adjust all of the car’s technical intricacies with minimal glances away from the road. What looks like a dizzying array of screens and wheel buttons in pictures works marvellously – and safely – on the move.

It’s an impressive and multi-talented car, the C43, and as an AMG-badged car that works all year round and in just about any situation you throw at it (particularly if you choose an estate) it hits its target. Anyone familiar with full-fat, V8 AMGs might just miss the wow factor that’s absent once you’ve lopped off two cylinders and thinned down the wheel arches, though.