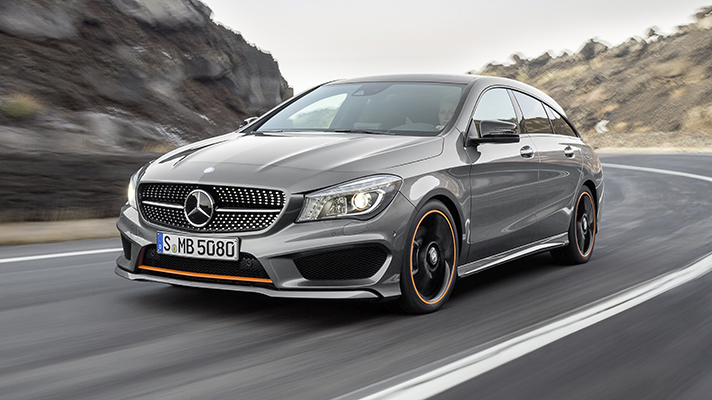 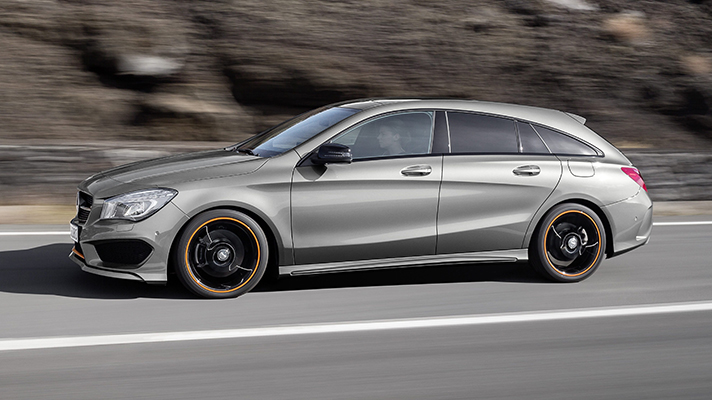 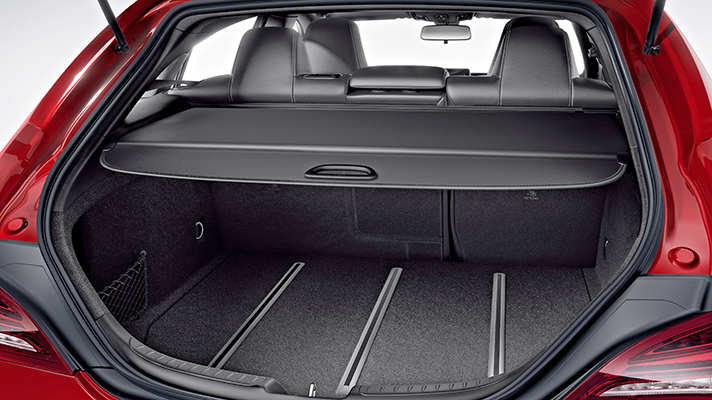 Nope, it's a Shooting Brake, manufacturer speak for a wagon that puts style before everything else, and often used when a coachbuilder makes something longer-roofed from a sports car or coupe.

Apt here then, as the CLA's gestation is somewhat contrived, it being a ‘four-door coupe'. Spun off from the A-Class, the CLA Shooting Brake only adds to the confusion. Merc's got form here though, the CLA's bigger CLS relation similarly conceived, though arguably better executed.

It's certainly more useful than the CLA with which it shares everything forward of the B-pillar. Unsurprisingly the boot's bigger, though only by 25 litres. Where the Shooting Brake wins is its folding seats, which allow more carrying capacity - 1354 litres if you're counting.

That's somewhat countered though by the boot's hatch, which is pinched by those shapely rear lights, and its lip is high, too. Practicality is not at the top of the CLA Shooting Brake's key selling points then, though that new roofline does mean it's a bit less claustrophobic for those sat in the back, headroom improving by around 4cm.

The transformation from pinched bum, somewhat awkwardly proportioned CLA four-door coupe to CLA Shooting Brake is undeniably successful. That longer roof does wonders for the proportions, both in profile and from the rear. Though inside it feels little different except for a differing view out of the rear window.

We didn't get too excited about how the standard CLA relation drove, and the addition of around 30kg of weight to the rear does little to change that. That has fractionally changed the weight over each axle, but it's so infinitesimal you'd need measuring equipment to notice it.

Curiously the 355bhp CLA 45 AMG flagship does come with slightly softer suspension, AMG's bods assuming buyers are less likely to take it to a track. Likewise, there's no performance pack option offered on it.

Not that most will notice, as the majority of sales will be of the diesels, these using a 2.1-litre turbodiesel of with 134 and 167bhp outputs. They might please on the tax front, but Merc's 2.1 diesel is a bit of grumbly performer; old-school diesel at times in its rattle, and rather unbecoming for something so pretty. The CDIs are only offered with front-wheel drive, too, which given their ample torque - 258lb ft with the 167bhp CLA 220 CDI - can all be a bit much for the front wheels.

The steering is pretty mute, though the ride, on smooth German tarmac at least, proved decent enough - though we're pretty sure that it might get a bit busy on Britain's less than perfectly surfaced roads.

Not one to get excited about then?

It might be pretty, but that's about all it's got going for it. If you're after a hopeless estate then Volvo's V60 fills the brief - even offering an AMG alternative in Polestar guise.

If you really want a more practical CLA then save some money and buy the A-Class. The car that it's originally based on, cheaper and only losing out on outright carrying capacity by around 200 litres. That's about the same as a decent-sized roof box, even if there is a bit less roof to strap it to.