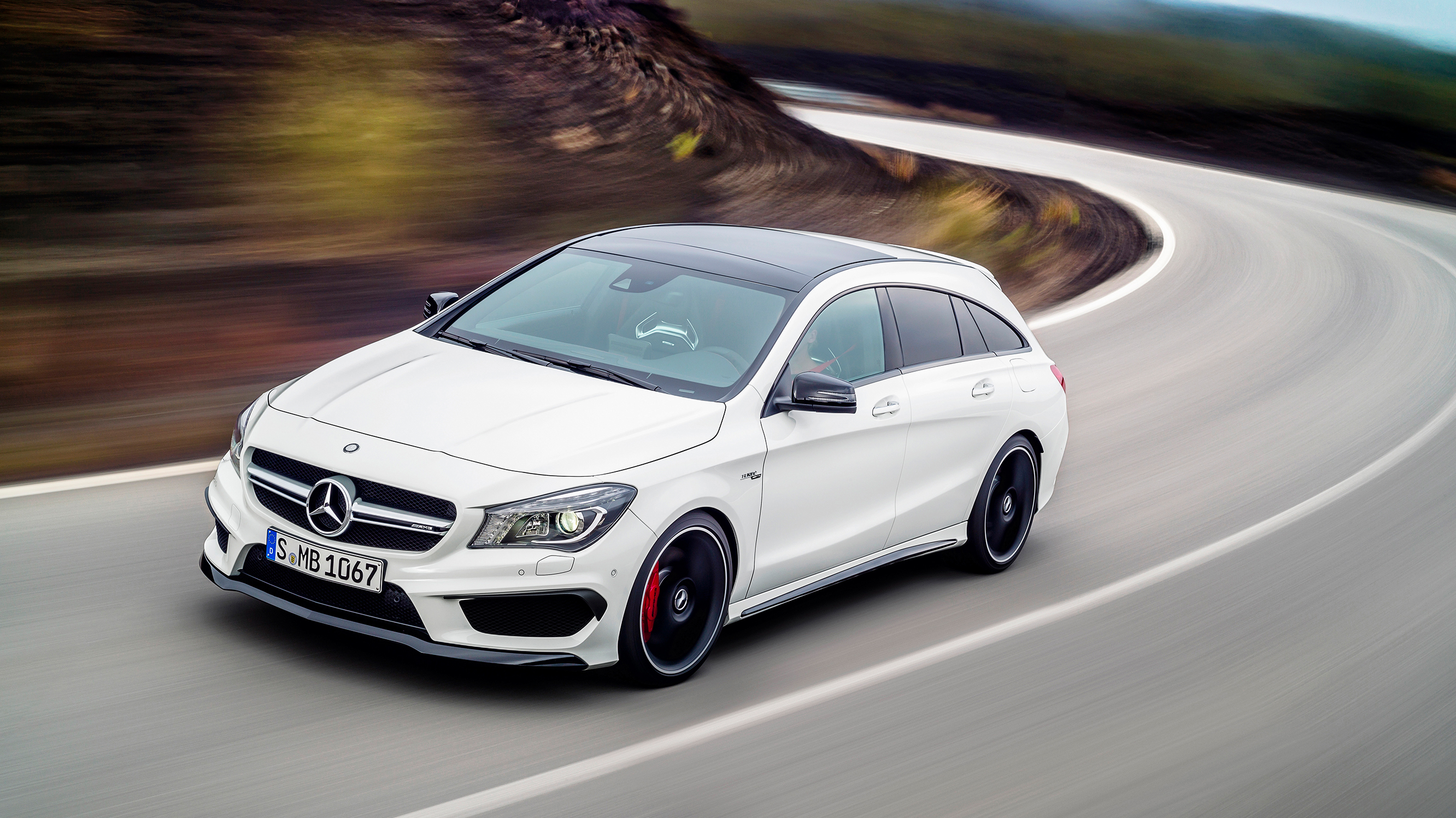 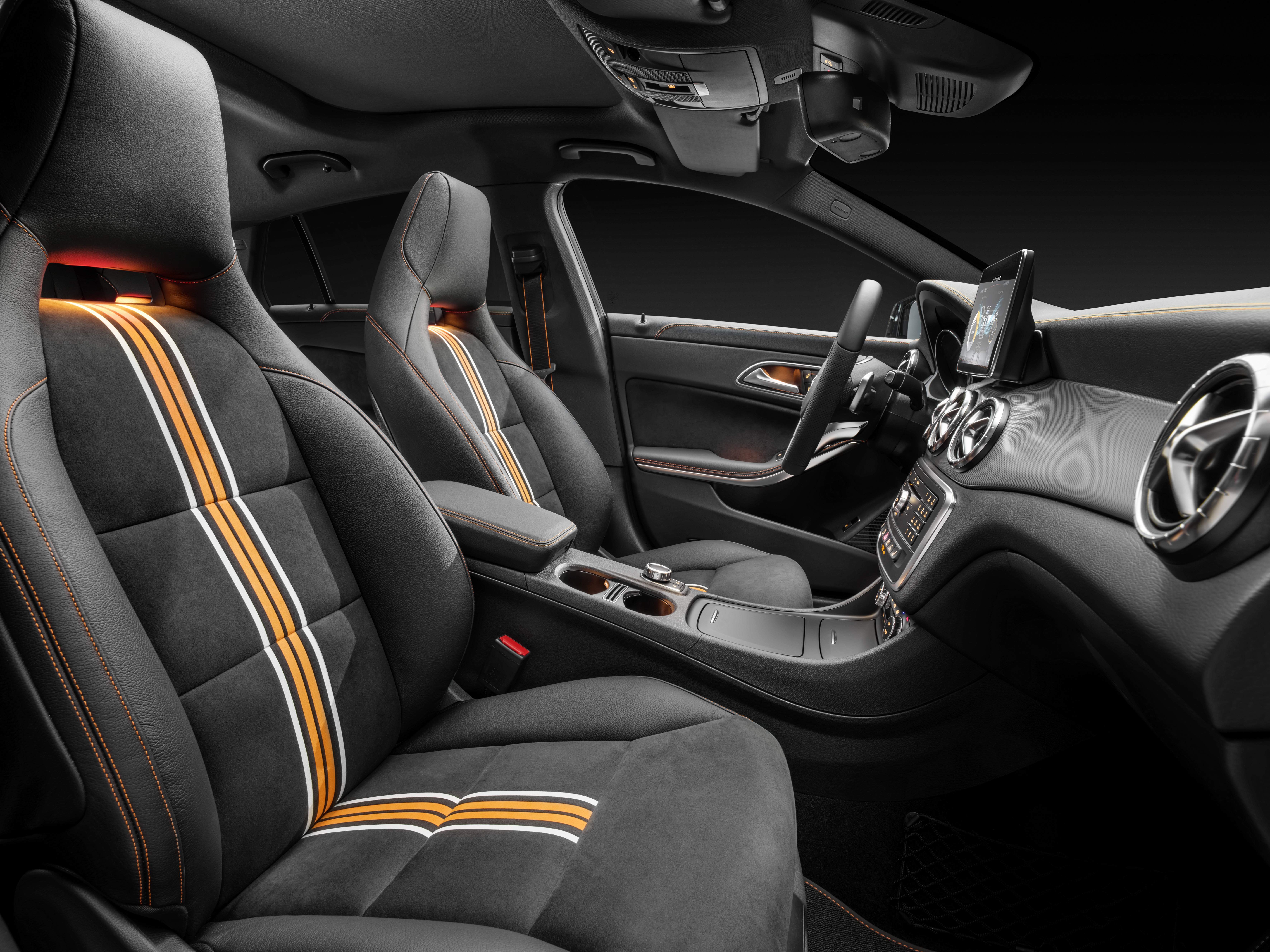 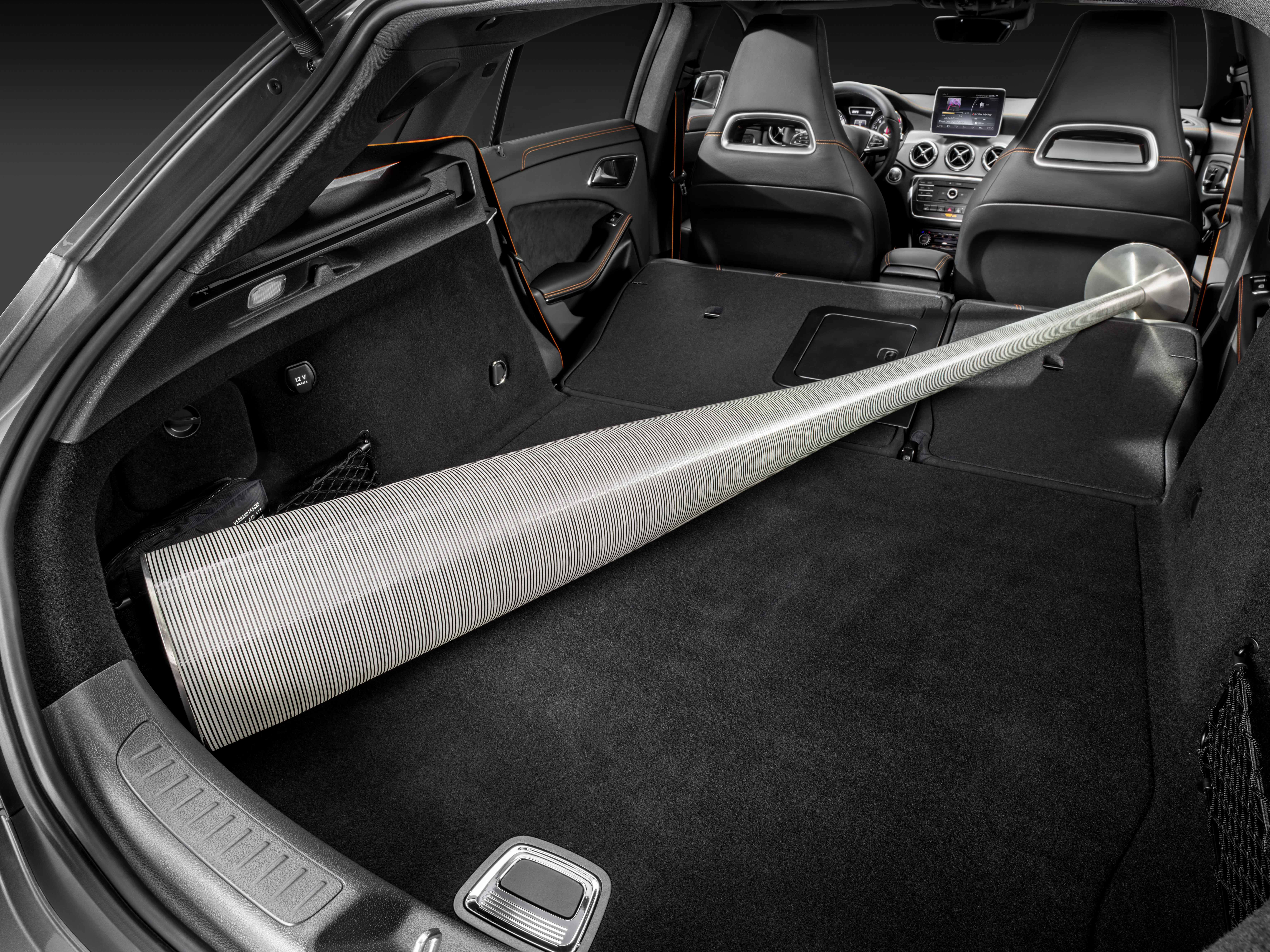 Peak oil? Forget that, we’ve reached peak niche. No surprises it’s Mercedes-Benz that’s achieved it, the people in Stuttgart singularly determined to create a car for everyone. Really, every single one of you. So now we’ve got the CLA Shooting Brake, which (follow closely) is an estate version of a coupe that’s based on a hatchback. That’s a four-door coupe too, not a good ol’ two-door. Confused? You may well be, or instead you could just appreciate that adding ‘Shooting Brake’ to the back of the CLA (nothing as unglamorous as estate or touring here) anchors it with the upmarket CLS and does wonders for the somewhat top-heavy, pinched bum looks.

Not that it adds much in the way of genuine practicality. Lifestylists with active outdoorsy gear will struggle, the Shooting Brake adding just 25 litres to the regular CLA’s 470-litre load space. Pop the seats down, and that increases to 1,354 litres, but there’s still the issue of negotiating the high, narrow opening which the tail lights cut into. It’s a bit better for those sitting in the back, though, the Shooting Brake’s roofline adding four centimetres of headroom – enough to turn the rear seats from tortuous to usable. As long as you’re not too long of limb – legroom is still too cramped for comfort.

The engine range inevitably follows that of the CLA coupe. There’s a pair of grumbly diesels (refinement has never been a strong point of this engine) using Merc’s 2.1-litre turbodiesel unit and three petrol choices badged CLA 180, 250 and 45 AMG, with turbocharged 1.6- and 2.0-litre units. Power for the diesels is 134 or 167bhp (200 and 220 CDI respectively), and the latter is, well, a bit too much. I know, hard to believe, but 258lb ft of torque demands more from the front tyres than they can happily cope with, and UK buyers don’t get to spec Merc’s 4Matic four-wheel-drive system in the diesel variants. 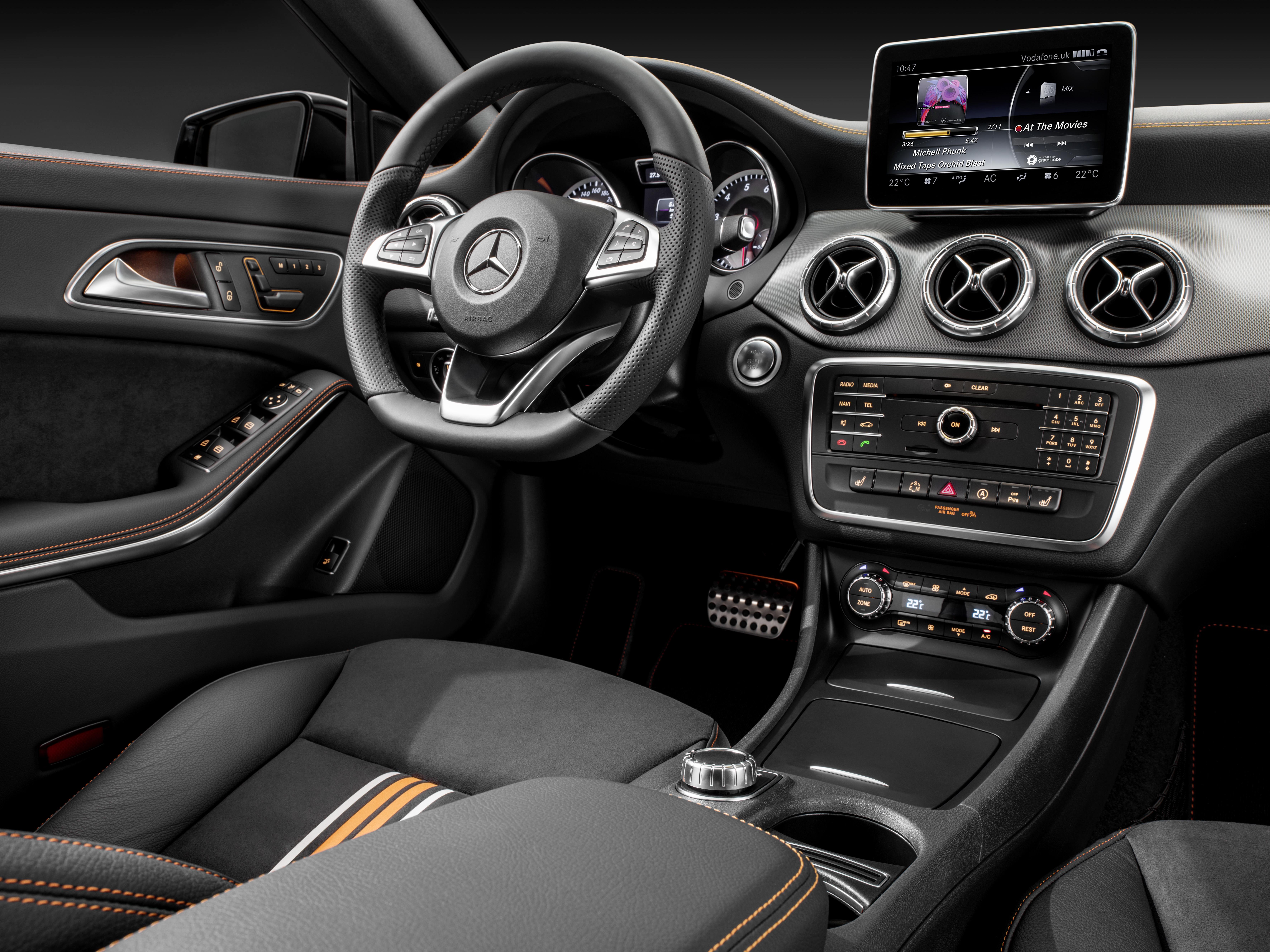 The drivetrain is not helped by the 7spd twin-clutch automatic, which is a touch slovenly in Eco mode, overly eager in Sport and in Manual sometimes requires double taps on the paddles before it gives you the gear you’re after. Not great, then, especially if you’re seduced by the diesel’s promise of 67.3mpg on the combined cycle.

The CLA 250 4Matic is a far more pleasing choice, being significantly more refined than the diesel. You don’t forfeit torque, either, as the turbocharged engine offers the same number, and it’s allied to a greater 208bhp output. It’s smoother, too, while the torque’s effect isn’t as spikey, being produced over a broader rev range. Four-wheel drive obviously helps with that, too, but the penalty is a lowly 42.8mpg combined economy figure, as well as a £4,000 jump in list price.

Choose the AMG Sport option on the standard models, and the suspension is firmer – enough, we suspect, to make you brace for every pothole in the UK. It does make the CLA Shooting Brake look great though, so long as you avoid the OrangeArt special, which, as you can see left in detail, adds some questionable orange highlights inside and out. The interior in all is as per the CLA, and hence A-Class, which is a good thing, including the big circular vents, a tablet-like screen and pleasingly chunky steering wheel. There’s weight to that wheel, but nothing in the way of information, though the CLA Shooting Brake is no different to its relations in that regard. It turns... just not very interestingly.

The man from AMG says there’s a slight difference in the weight distribution due to the longer roofline putting a bit more mass over the back axle, but we’re talking tiny numbers. More interesting is his admission that the range-topping 354bhp CLA 45 AMG Shooting Brake comes with the suspension slightly dialled back. It seems the people at AMG think Shooting Brake customers will be less likely to care about their car’s ability on the track than those who drive the coupe, and be more likely to carry passengers who demand a more supple ride.

The Shooting Brake’s additional weight sees the AMG lose a tiny 0.1sec on its 0–62mph time (4.7 seconds over 4.6). It’s unlikely you’ll notice that, though it’s a shame that the blown four doesn’t offer more to the ear to match its impressive pace. There are still some issues with the transmission, too, it being reluctant to downshift. It rides commendably given its focus: 4WD traction is impressive, and it hangs on gamely in the bends. But for all its speed, it all still feels a little bit sensible, a bit too polished. There’s none of the unhinged madness in its make-up that defines AMG’s best cars. It doesn’t feel as nuts, for instance, as its A45 sibling.

To drive, that is, because looks-wise it’s a winner. Inside, you get a proper (albeit, stubby and oddly shaped) central automatic gear-shifter over the standard car’s column-mounted selector and some additional AMG-specific details and read-outs in the trip computer.

Thing is, you can have all of the AMG’s looks with any of the models, which must be frustrating if you’ve spent £43,120 on it. That said, it’s difficult to recommend any of them, unless you’re completely seduced by the looks. If you can do without a couple of hundred litres extra bootspace, the A-Class does everything the Shooting Brake does for less money. We’ve come full circle here – we can only wonder what’s next.