£740 p/m
External link to
with Leasing.com
Read why you can trust our independent reviews
Top Gear Team
Published: 03 Aug 2017
Skip 15 photos in the image carousel and continue reading 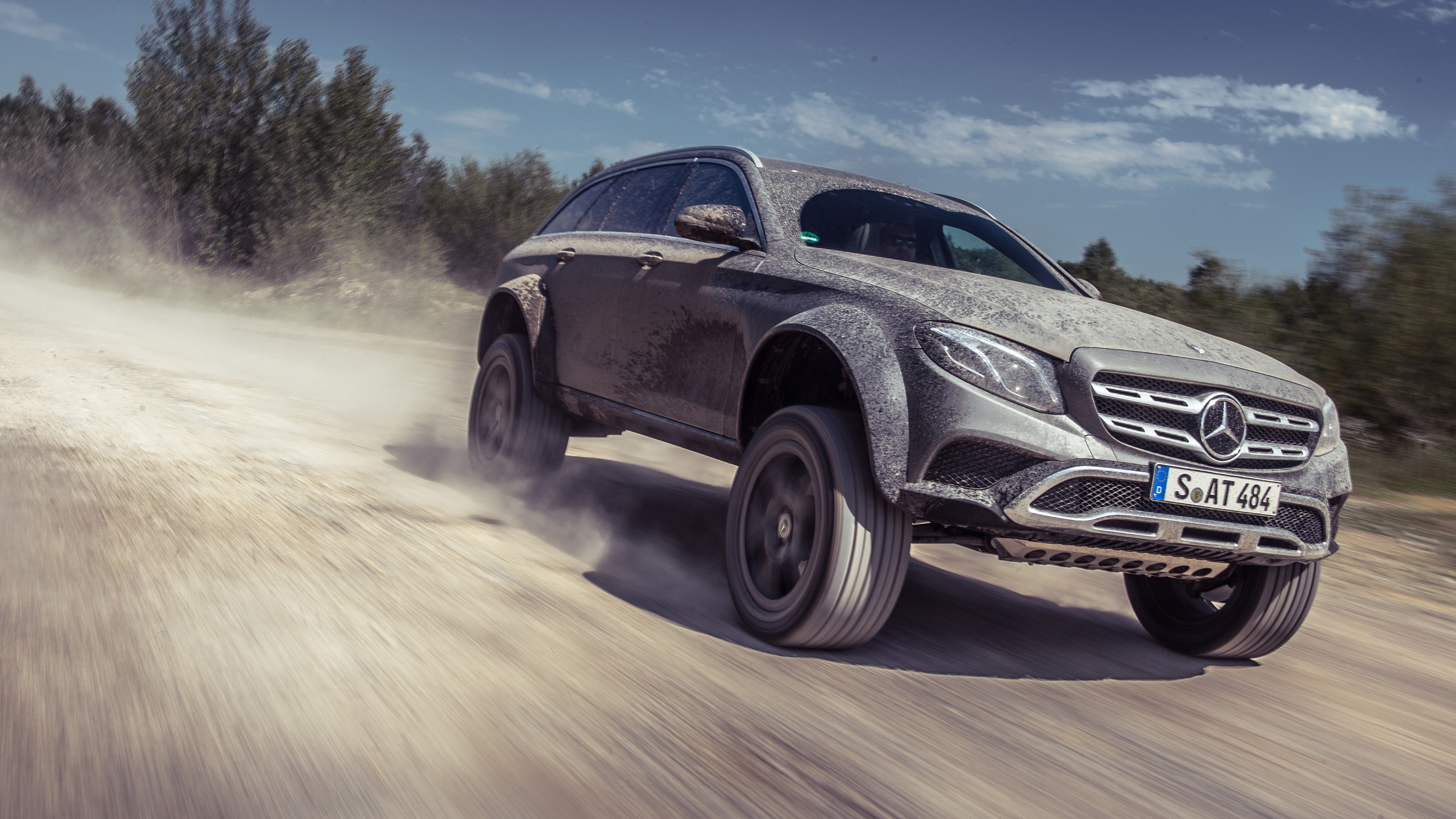 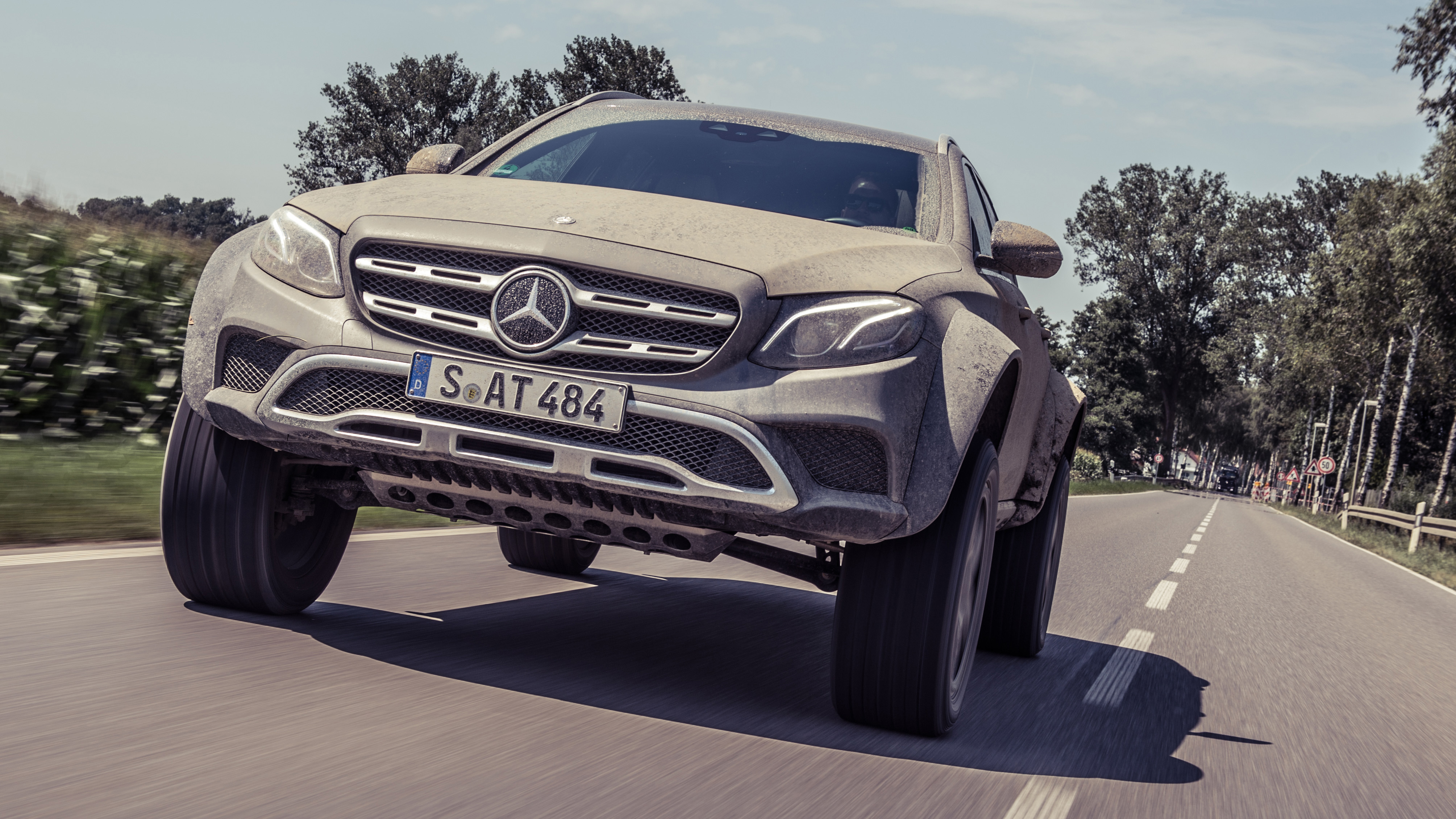 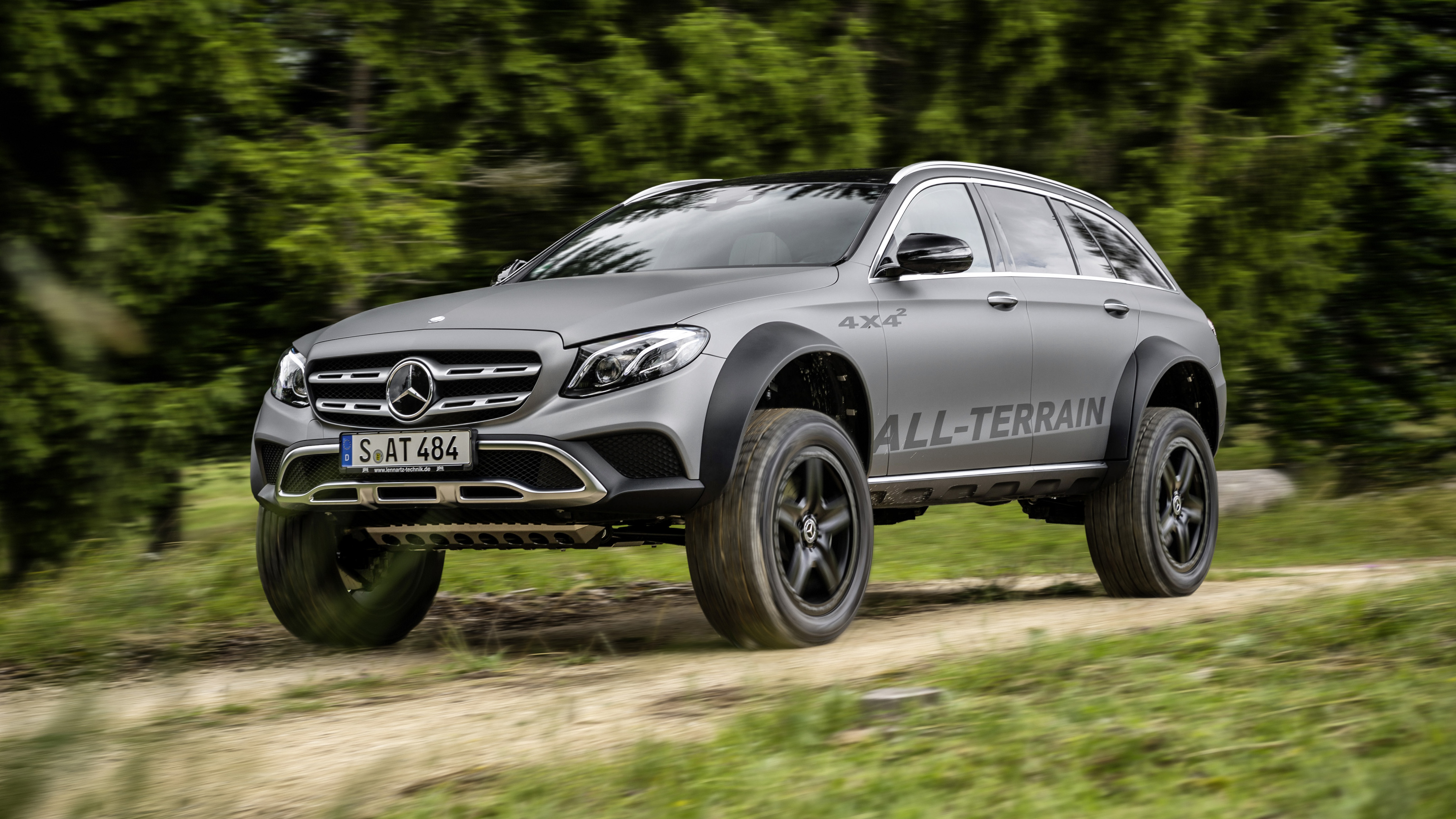 If Merc does make a run of these, it’ll probably cost a great deal of money

It’s a Mercedes-Benz E-Class All-Terrain given the almost-familiar ‘4x4²’ treatment. Which, in case you didn’t notice the G-Wagen 4x4², means portal axles and more stance than is comfortable when parking.

The brainchild of Merc engineer and off-road enthusiast Jürgen Eberle, the giant E-AT² (I just made up that acronym, but it sound like a Star Wars droid, so I’m keeping it), is basically what it looks like: an E400 E-Class All-Terrain that’s had its suspension re-designed to take a set of portals.

Now, a portal axle is a serious - and expensive - bit of off-road kit that suspends a gearset inside a hub that attaches to the wheel. That means that the wheel centres don’t have to be in-line with the diff, so you can tuck all the dangly bits away (good for serious off-road) and have clear air between the wheels. And height. A lot of height. At 420mm, the E-AT² has a fair bit more clearance than the standard All-Terrain (160mm), and isn’t far off the wading depth of an actual G-wagen (500mm plays 600).

The tracks are wider - the car has 200mm more girth than a standard car - and covered by 3D-printed arches, originally manufactured in three sections and then formed up together. Wheels are nicked from the R-Class SUV… thing… and shod with 285/50/R20s, which means that when coupled with the All-Terrain’s air suspension, you get a seriously jacked up semi-monster.

The necessary mods to carry the portal axles included Jürgen sorting out new mounting points and subframes for the multi-link suspension, tweaking the rear axle carrier and then messing with the axle kinematics to stop the whole thing falling over at first sight of a corner. The rest is standard E - and I do mean standard: the whole car is functioning and proper inside, with all the usual bells’n’whistles.

What’s interesting here is that an engineer from a different department (Jürgen’s actual engineering responsibility at Mercedes is the packaging of the front end of the E-Class - making it all fit, basically), has been given the opportunity to cut a little loose. He looked at the G-Wagen 4x4²’s portal axles, chewed a pencil for a bit and went ‘hmmmm, I wonder?’.

Apparently he just asked whether he could have a go, and the Daimler bosses said yes. After a bit more conversation, it turns out that he pitched the idea with actual technical specs and a proper design brief - he’s an engineer, so is basically an artist, but with CAD - but Merc simply let a small group of enthusiastic and similarly-minded boffins have a crack at it. So a little skunkworks team prototyped some bits, 3D printed some other bits, welded a few custom subframes to Jürgen’s specs and the E-AT² was born. This is good. Some of the best cars ever invented came from groups of engineer’s out-of-hours projects.

“Build it Mercedes. Then give us one so that we can add lightbars. And a winch.”

Thoroughly engineered flight-of-fantasy that feels suspiciously like it might be another limited-run bit of fun from Mercedes. There’s nothing wrong with that.