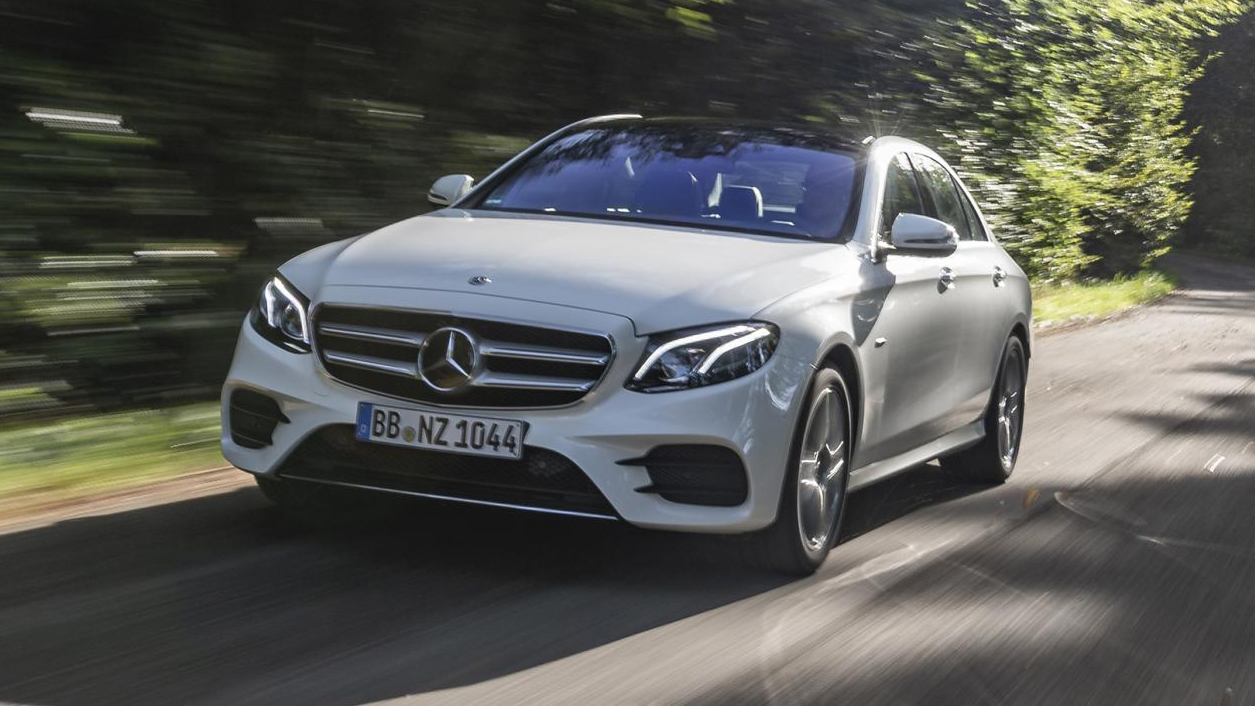 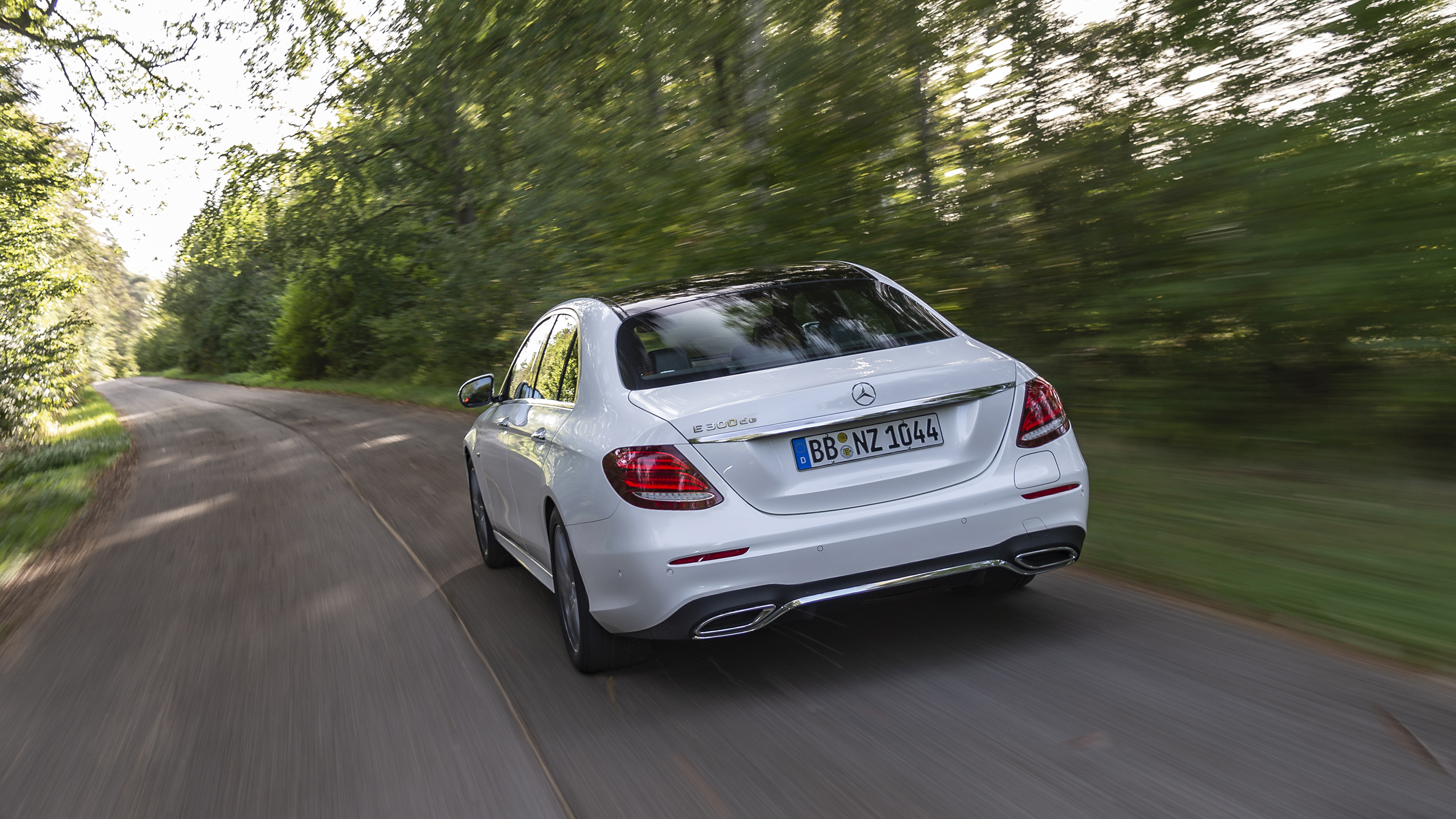 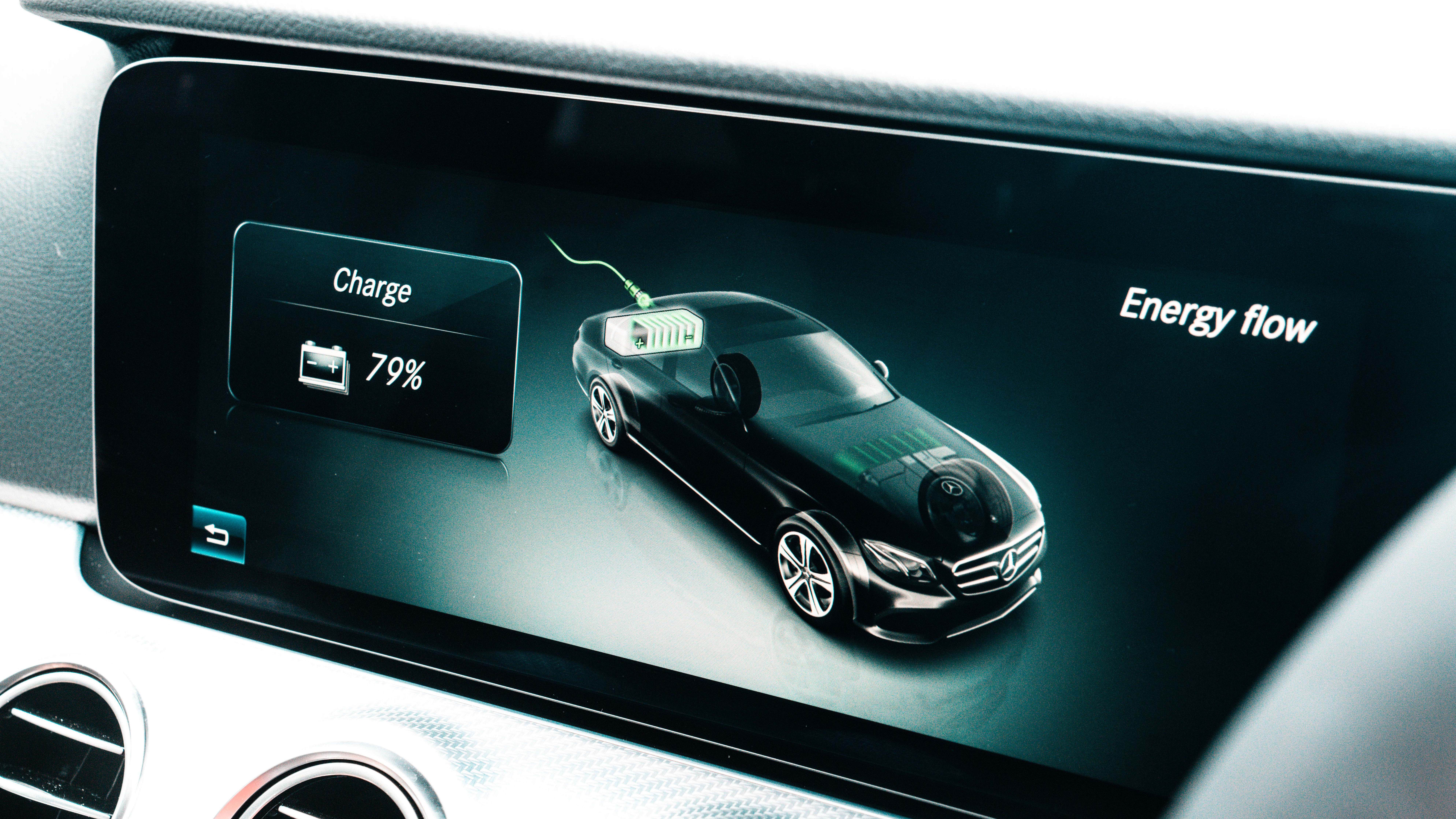 So what am I looking at, exactly?

But now you can find the combined powers of Rudolf Diesel and Nikola Tesla under the bonnet of a mid-range Mercedes saloon.

Do I really want to, though?

That really depends – if you’re looking for a low tax rate and the warm, fuzzy feeling of not wasting fuel while idling in traffic, then things are looking good. If you like the idea of zero to 62 in less than six seconds if you put the hammer down and the promise of 170mpg if you don’t, this is possibly the only car for you.

Nope. Calling bull on that one, sunshine.

Well, that’s what the WLTP figures report, but it’s safe to say that to achieve those sorts of numbers, you will need to make good use of the 7.2kWh onboard charger and 13.5kWh battery pack. In our hands, the E300de managed to do about 270 miles of heavily congested and often completely choked highways on a third of a tank. That’s about 55mpg on diesel and reclaimed electricity only, in the kind of traffic that makes you consider abandoning your car outright and walking.

But it’s still a diesel – and everyone hates them these days, right?

That’s an even thornier issue than it seems. Take Britain banning the sale of diesel cars in 2040. That seems like a line in the sand if there ever was one. But that’s 21 years away, and figures from ING suggest that by 2035, 100 per cent of new cars sold will be electric. So Britain will be banning something that no one’s buying anyway. Franz Kafka would be in hysterics at the idea.

Don’t forget that, in 2040, petrols are banned as well. Your choices dwindle to electricity or the ol’ two feet and a heartbeat. Then consider that the average age of a car in the UK is 7.8 years old. So, chances are that if you went out and bought an E300de tomorrow, you’d already be on to something else by the time the ban comes around. And it’d almost definitely be all-electric.

So then this is an interim solution, then – a bridge between past and present?

In a way, yes. It’s Mercedes’ way of covering as many bases as possible to take into account where we want to be and what we have to work with right now. We can’t wean ourselves off fossil fuels overnight – it’s going to take a lot of planning, infrastructure and technological development. It’s also going to take a change in mindset, where the death of internal combustion doesn’t mean the death of the car, just a new phase. The electric propulsion in the E300de is a foot in the door to demonstrate what electricity can do and maybe change a few minds in the process.

The real selling point is that, with access to an overnight charge, you could easily commute city distances in EV-only mode and reserve diesel for what it does best – as many miles as possible out of every gallon over distance.

You can see Mercedes’ thinking here; the E300de isn’t at the mercy of an inchoate charging network. And if you want to bomb from one end of the country to the other with the fewest and shortest breaks possible – such as during the madness of an Easter long weekend, for instance – the E is up for it. But then when you’re back to city commuting, you don’t have to waste fuel while idling, fill the city air with fumes or factor in trips to the service station to pay through the nose for a tank full of flammable stuff.

You’ve not talked about driving yet. Is that a bad sign?

Not really. It’s classic E-Class for the most part, just with a little electric mojo to add some EV joy and rob a little boot space. It’s a big relaxing bus, seemingly custom-made to eat up big distances in comfort.

The EV-supplemented E-Class, as you’d expect, sits comfortably on the motorway, generating electric power on the downhill runs to deploy when the traffic slows. On back roads, however, you feel every bit of its width as you hug the far left time after time, trying to avoid smacking expensive bits into dry stone walls or oncoming traffic.

The electric motor is plumbed through the same gearbox as the diesel engine, which is fine in theory. In practice, waiting for the gearbox to decide that a first-to-second shift is in the public good gets old quickly. And, as if caught unaware, the shift itself can sometimes feel as though it’s delivered by a shunting railcar.

After the serenity of electric power, the intrusion of diesel noise and vibration is about as welcome as malarial mosquitoes. Even though Merc’s new 2.0-litre unit is among the best of the modern oil burners, it’s put into stark relief by the near-silence of electric propulsion. However, at higher speeds (and higher gears), the effect is diminished to the point where the diesel-electric handover is almost unnoticeable.

So, a qualified win. But should I buy one?

Well, maybe. But it’s a narrow niche, to say the least.

If you’re considering buying a Benz to charge at night and cruise on battery power by day, Merc’s fully electric range is just around the corner. As is Audi’s and BMW’s. Tesla’s Model 3 is here by the end of 2019 and Jag’s already selling the I-Pace.

If you’re not plugging in, you’re sacrificing weight and boot space and not really getting the most out of your purchase.

And if your next car is the last internal-combustion car you’ll buy, a hybrid-diesel E-Class isn’t the car that you’d get as a farewell. It’s not the magnum opus of piston power, and it won’t feel like a fitting goodbye to what you’ve lost. Remember: it’s a rare fish, not a swan song.