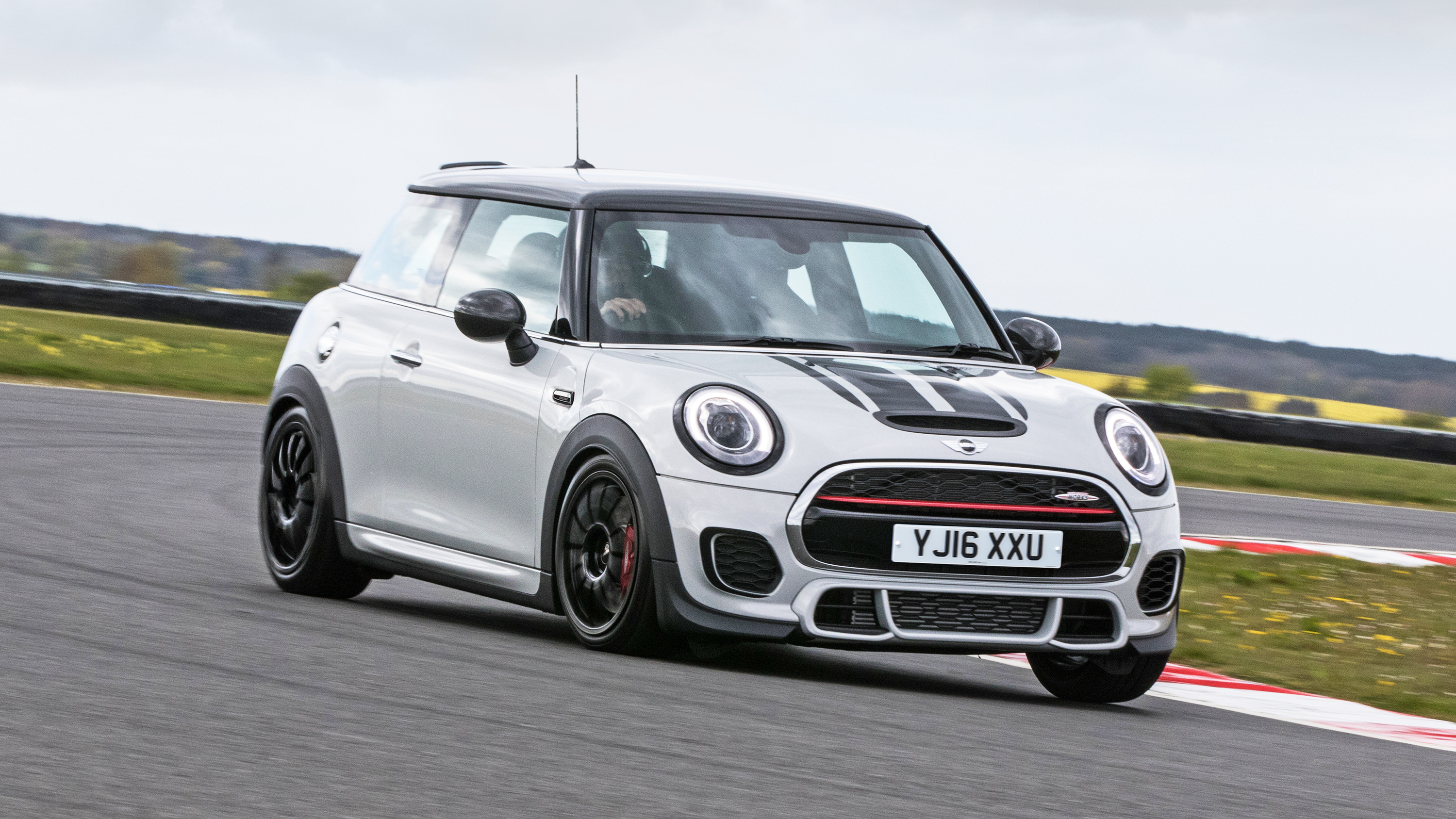 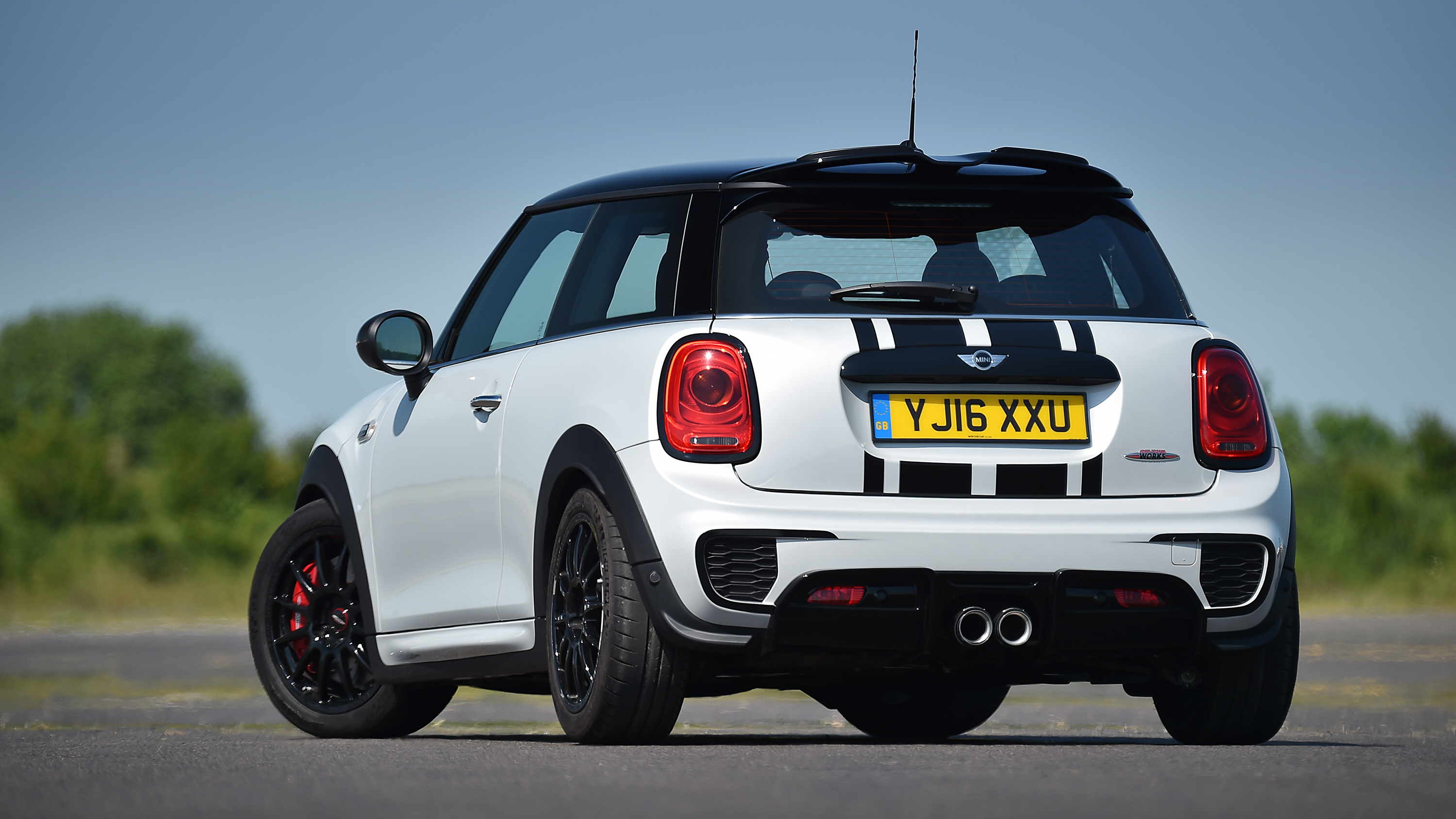 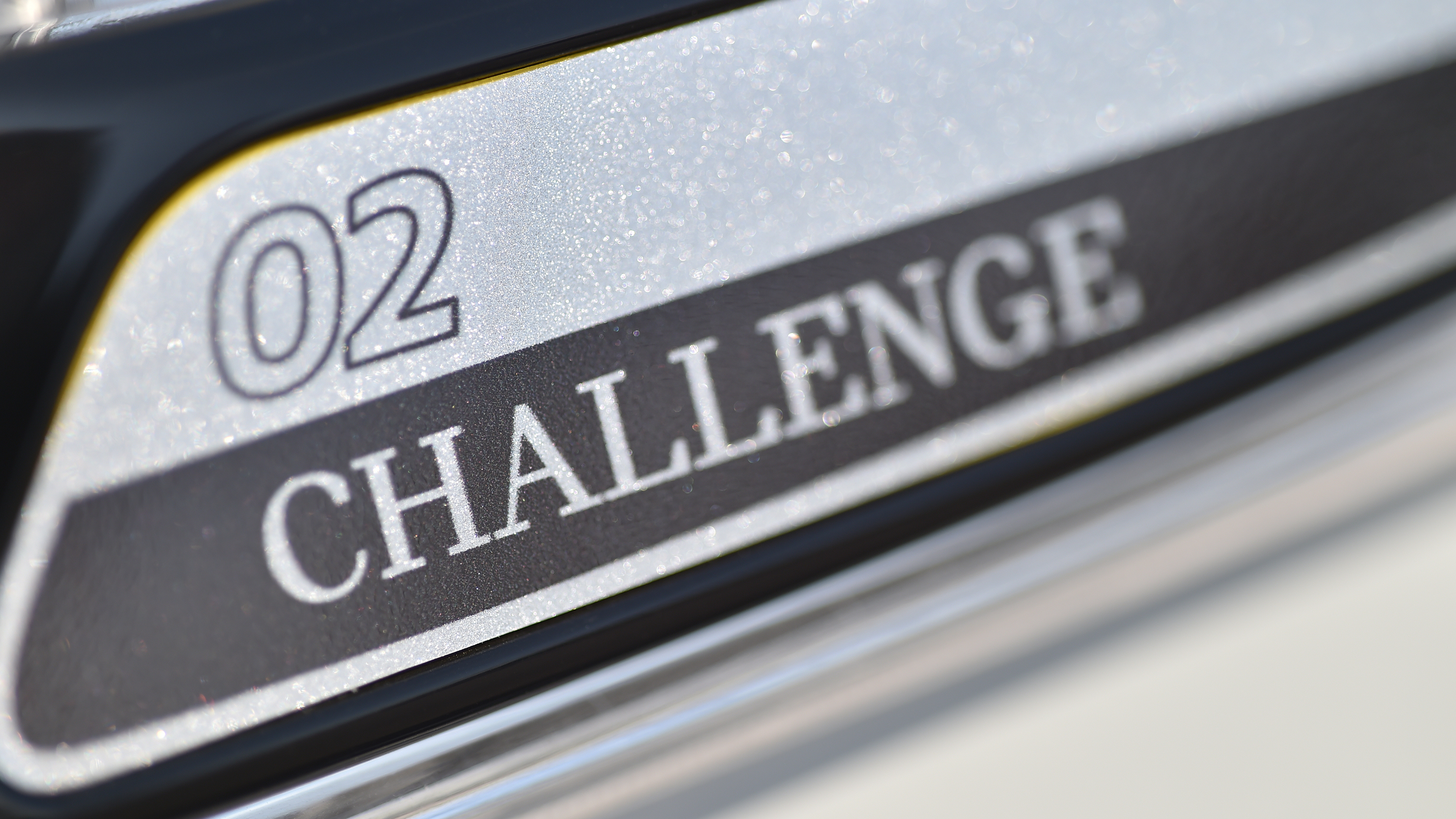 A Mini review? Which one’s this?

This is the Mini John Cooper Works Challenge. It’s the most extreme Mini hot hatch we’ve yet seen, with a motorsport-inspired spec list that make it an even harder cored motorcar than the Mini GP.

That’s despite the Challenge coming with a full complement of seats (well, four) and a reasonable amount of equipment inside. It’s not a standoffish circuit special that loses all semblance of practicality.

Well, the spec sheet is fixed, so it’s as much as you’ll ever pay for a Challenge brand new. And it’s also equivalent to some extravagant box-ticking on a Cooper S, so it’s not as poor value as it might first appear.

In fact, it could be rather smart value. There’ll only be 52 made, for starters (some way short of a proposed 100-car run) and your Challenge will come individually numbered. And the changes that have taken place beneath the skin are serious, and of far greater value to those who like driving than some contrasting graphics or oddly coloured interior trim.

There’s no more power, mind; the standard John Cooper Works’ 2.0-litre turbo engine continues to drive the front wheels, with 228bhp and 236lb ft enough for a 6.3sec 0-60mph time and 153mph top speed. We can confirm the latter is laughably easy to attain, too. Performance is extremely punchy for such a small car.

So what has changed?

Biggest news of all is the suspension. Made by Nitron, the dampers are adjustable through 25 levels. You have to do it physically – no fancy driving mode buttons inside – but you don’t need any tools, as it’s all done through dials at the front and rear. It means you can adjust the behaviour of the car by having different settings at each end. Important, that…

You can also alter the ride height and the camber of the wheels, if you’re particularly geeky about these things. We suspect Challenge buyers will be partial to a trackday, as it would be a great place to spend the day playing with the car’s setup to find what suits them best.

There are also bigger, harder brakes, lightweight Team Dynamics wheels, some Michelin Pilot Sport Cup 2 tyres, and a proper mechanical differential up front. And you can only have it with a six-speed manual gearbox. Very serious kit. It’s a very serious Mini.

Can I still have fun in it, though?

Oh god, yes. I’m going to put my neck on the line and say this is the best new-gen Mini yet. Well, if you want one for performance, anyway.

The Works GP special editions were both a huge amount of fun, but they weren’t always the most approachable of hot hatches, particularly the later version. What we have with the Challenge is a raw and raucous Mini which is also accurate, easy to place and whose behaviour mirrors the driver’s inputs better than any of its stablemates.

The steering is better than we’re used to from Minis, and while it’s not full of feel, it’s got a nice amount of weight, especially when you’ve prodded the Challenge into Sport mode. It retains the Sport button from the regular Works, and this sharpens up both throttle response and steering. It feels necessary to press it in a car this focused. 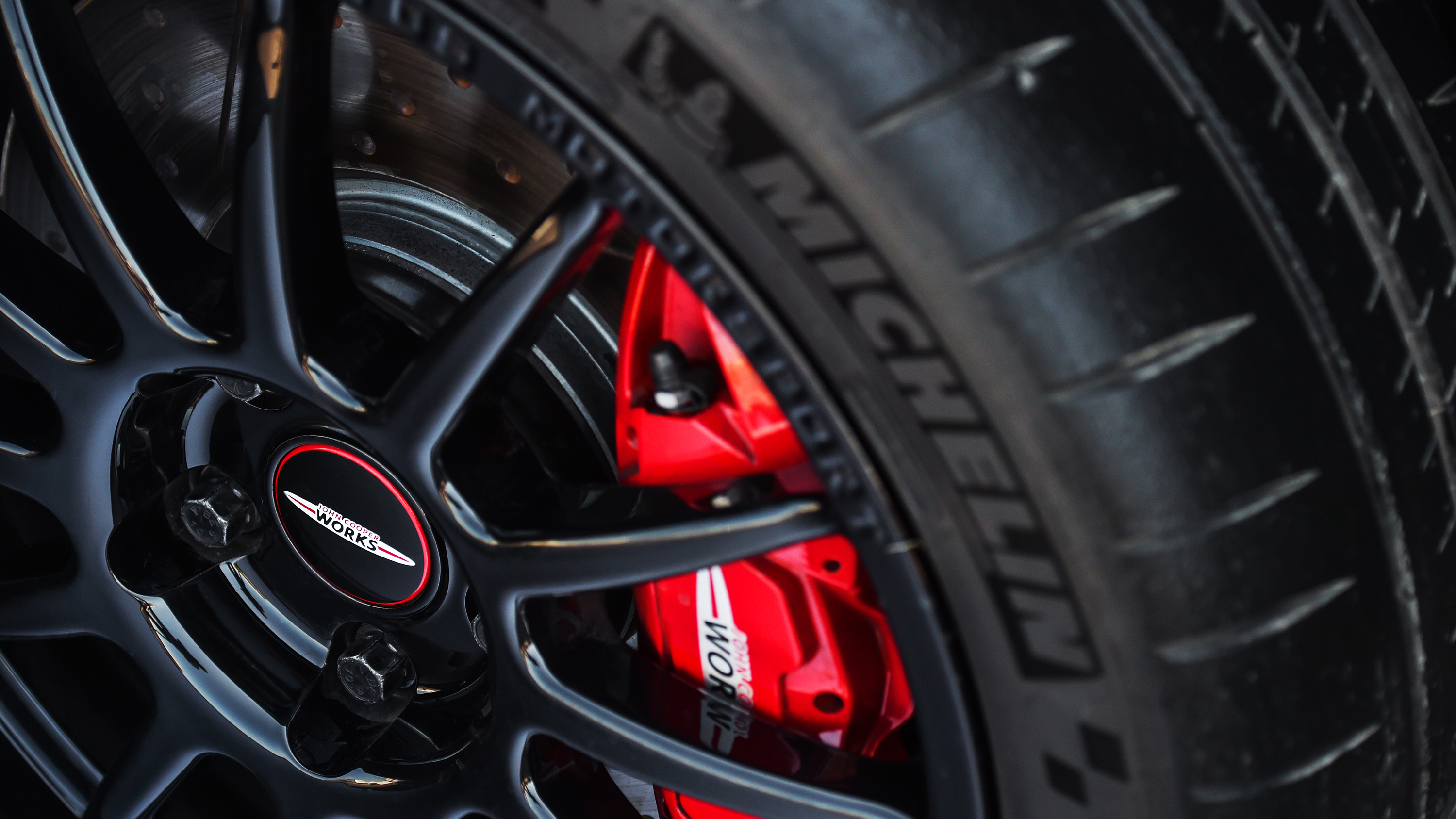 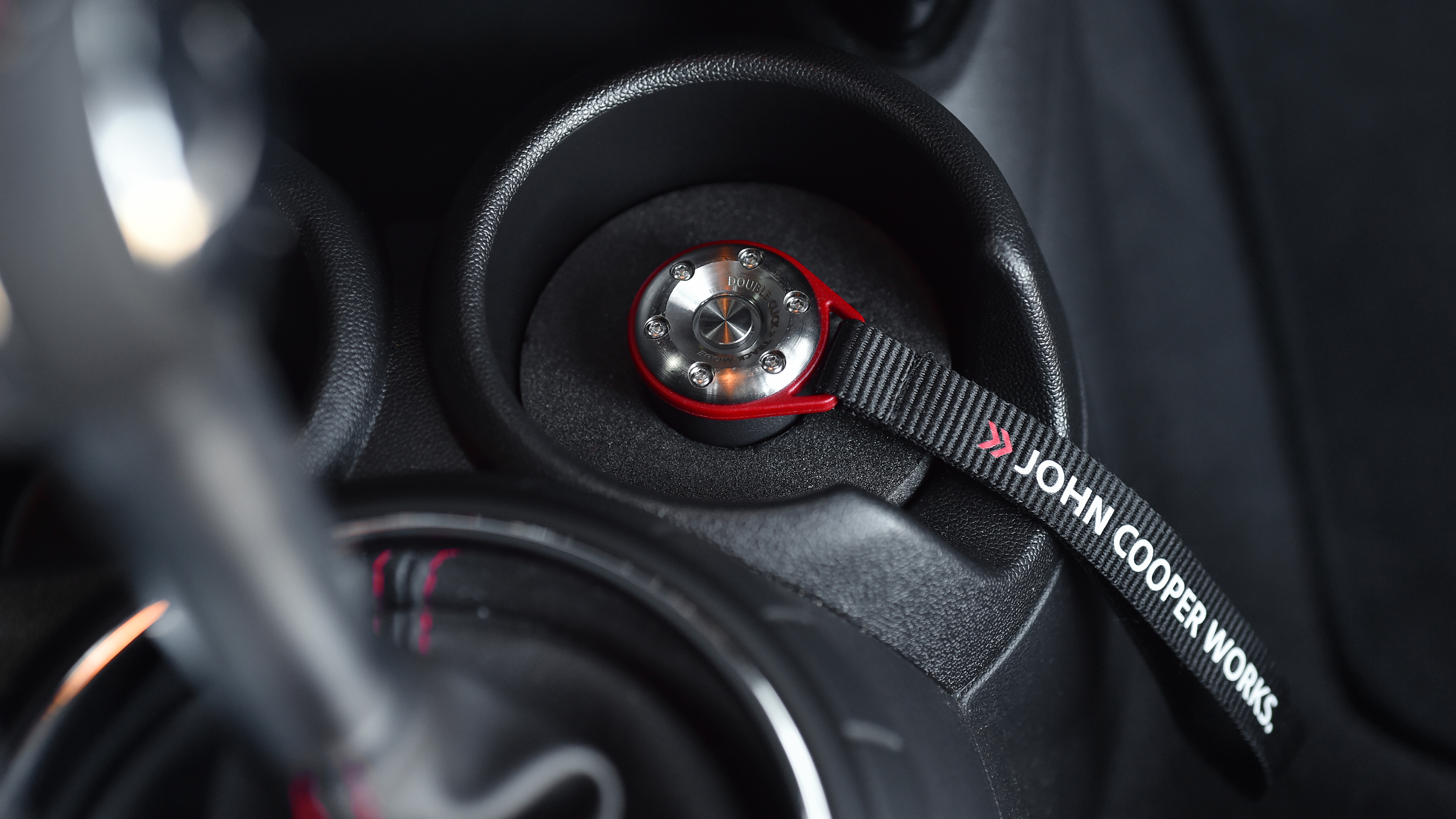 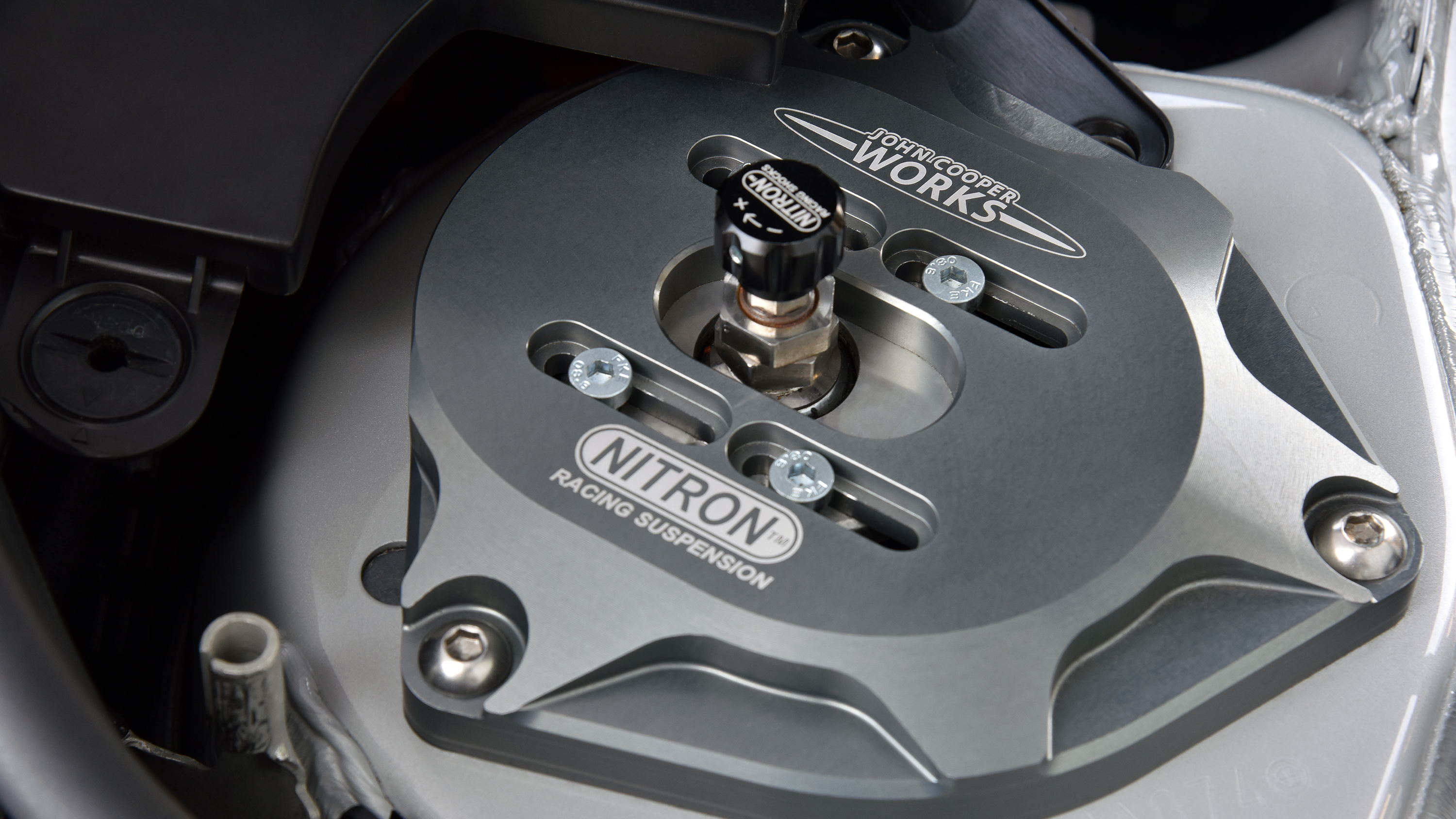 Reviewing the car’s handling is a little different here, as it can be notably varied with so many combinations of damper settings available. If you feel the car isn’t turning sharply enough, or it’s too keen to slide at the rear, you can clamber out and start fiddling with the dials.

But even with a very track-minded setup, where oversteer is more likely, this is as approachable as any fast Mini we can recall. It feels up on its toes and agile, but not skittish or scary. If it’s dry, those tyres find uncanny amounts of grip. So long as they’re warmed up, anyway…

As a car to learn a new circuit in, it’s fantastic. You can fiddle with the suspension as your confidence grows. As a car for your favourite piece of road, it’s… um, hardcore. Even in its softer suspension settings there’s unwavering firmness to the way it rides, but with small 17in wheels and plenty of tyre sidewall, it’s not as jiggly as Minis can be. Like RenaultSport’s better products, it feels like a purposefully firm car. If you’re spending £32,000 on a Mini, you’re buying into its focus anyway, we’d argue.

It’s good. Having rear seats makes it feel like less of a compromise than those two-seat Mini GPs – or RenaultSport’s stripped-out Megane specials – while the sports seats up front are supremely hugging. Little things like a lack of armrest show where this car has eschewed some comfort, and there’s no sat nav, not even on an options list.

But there’s a digital radio, air con and all the other essentials you need. As well as something you don’t: an errant object, detached from the car, which activates the Bluetooth-operated sports exhaust. You need to double click its button, and it’s a bit of a fiddly gimmick, but it’s made complex for a reason. With the exhaust activated, this is a rioutsly loud vehicle.

Enter the car as a cynic all you want; if you’ve an ounce of enthusiasm for performance cars, it’ll win you over. It’s best used once you’re away from home, though, if you don’t want the noise from every throttle lift to make your neighbours very angry.

It’s an odd car, actually. That immature exhaust is a cherry on top of a really quite mature chassis. This is a car that handles with accuracy and, with the right setup, has the potential to be a devastatingly quick giant-slayer on trackdays.

But it also has a fun side, with enough agility and sense of humour to make it a very satisfying thing to drive. And so long as those tyres are warmed through, we suspect it won’t be as spiteful as a Mini GP at its limits.

A broad mix of talents, then, with an incredible breadth of adjustability to suit your mood and talents. There may only be 52, but they’ll be 52 of the most exciting Minis ever made.