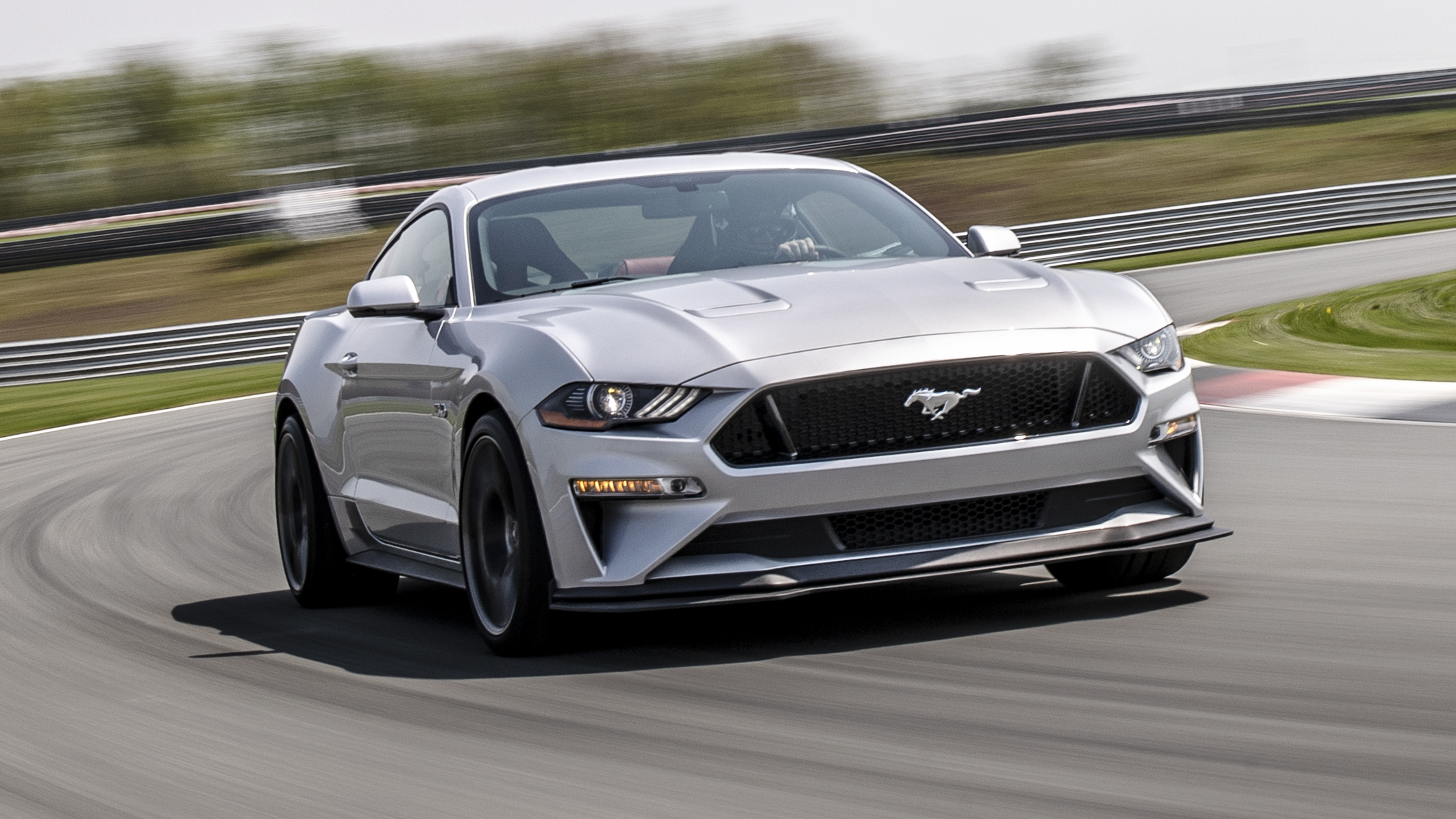 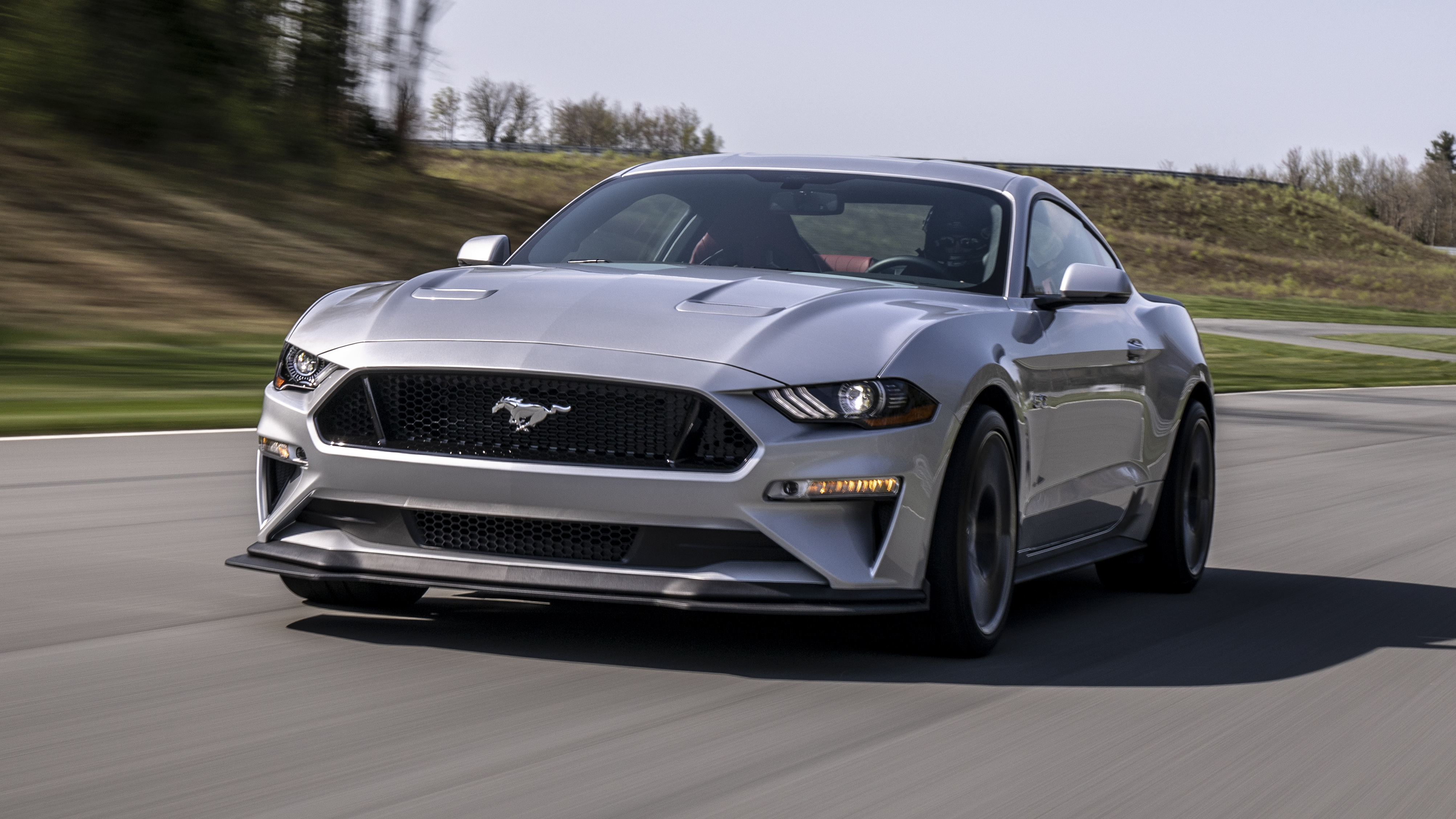 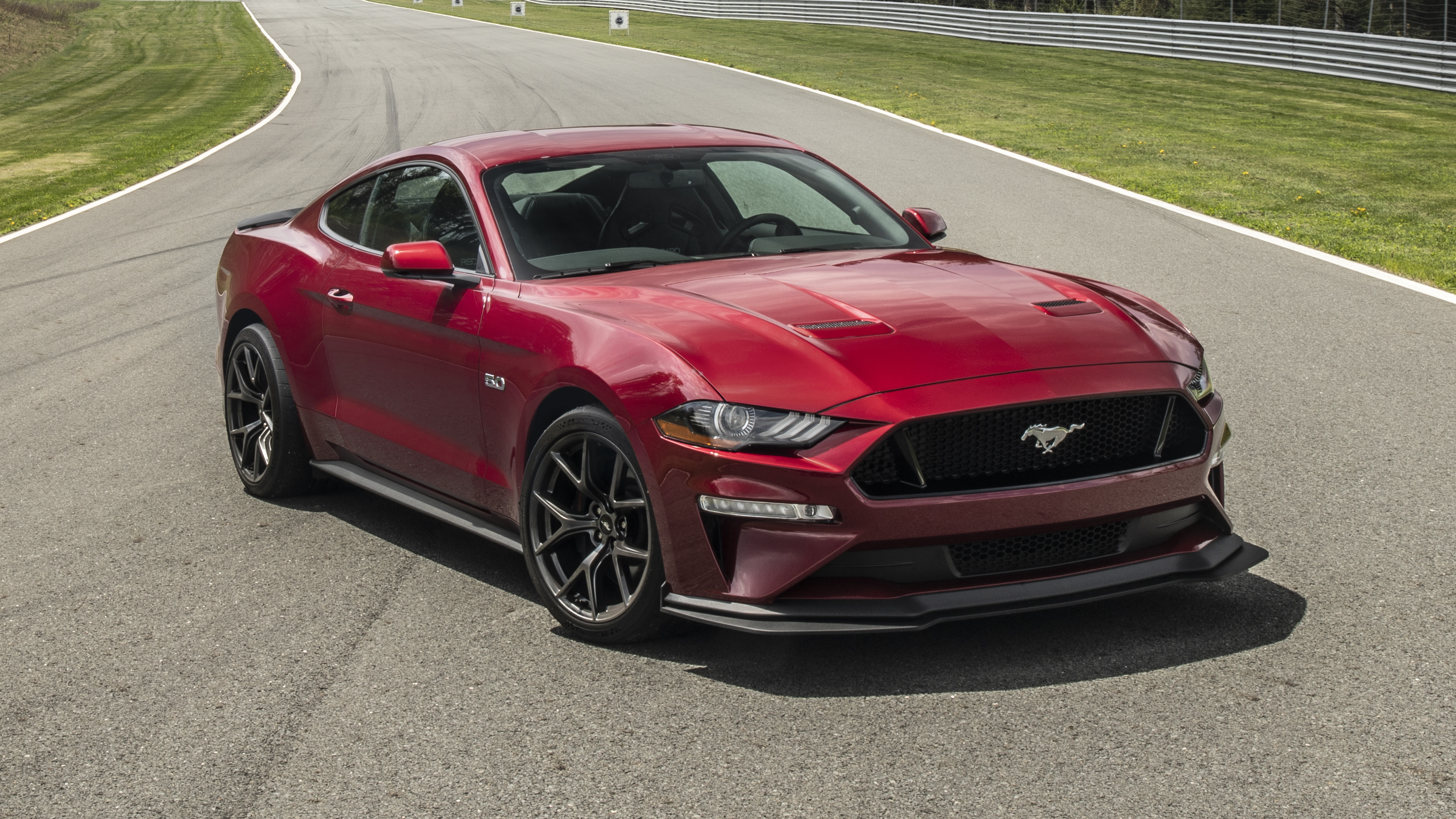 Yep, and there are plenty more coming down the line soon after this one. The Bullitt in a couple of months and then the refreshed GT350 early next year. Then there’s the new GT500, but that’s not coming until deep into 2019. For now, though, the focus is on this, the Mustang GT Performance Pack Level 2. It might be a bit odd to do a whole separate first drive of a car with a new option package, but this car deserves it.

It’s one of those cars that you look at on paper and go ‘Hmmm, should be good’, but then you get in and drive it and it’s not just good but great. And it’s not because there’s loads of new bits on it – there aren’t. Other than the wheels and tyres, this car is largely the product of some intense fiddling with and fettling of what was already there.

So what’s changed then?

Only the chassis - the drivetrain is unchanged. The suspension is where most of the work has been done. Compared with the Performance Pack Level 1 car – which is how all GTs in Europe and Australia come as standard – the front springs are 20 per cent stiffer, the rear springs 13 per cent more solid. The front sway bar is 12 per cent tauter and the rear sway bar, which is now solid, not tubular, is a full 67 per cent tougher. What those add up to is less body roll and better cornering stability.

And several broken teeth/vertebrae every time you hit a bump?

Actually, no. While the whole car feels immediately more alert and is definitely harder riding than the PP1 car, the Magneride dampers, which have no fewer than 2,000 different possible internal settings in case you were ever wondering about reprogramming them yourself (don’t), have been retuned to keep the car as compliant and supple as possible. Add to those retuned, more racy steering and braking responses, and it works as a harmonious whole.

Is that it then, just some suspension mods and different algorithms?

No, I’ve been saving the best bits until last. The reason it all works so well is in no small part thanks to the 305/30 Michelin Cup 2 tyres wrapped around the new, wider ten-spoke wheels – 1.5ins wider at the front and rear, compared with PP1 cars – all round. Allied to a half inch lower ride height, a more aggressive second stage front splitter that harks back to the 302 Boss Laguna Seca’s front tea tray, and a bootlid spoiler, the PP2 car feels twice as planted and is way more accurate to drive.

Success
Skip 10 photos in the image carousel and continue reading 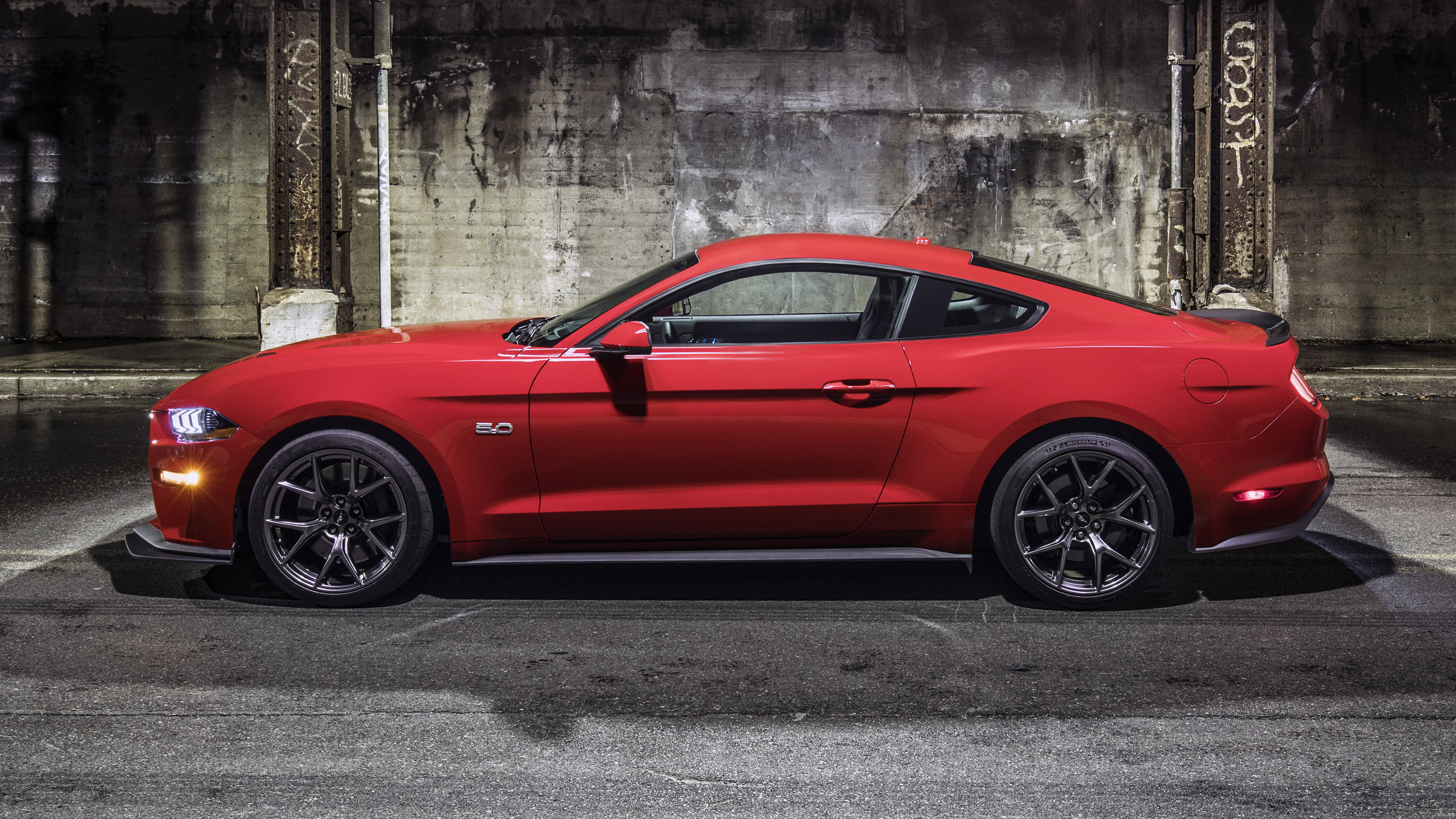 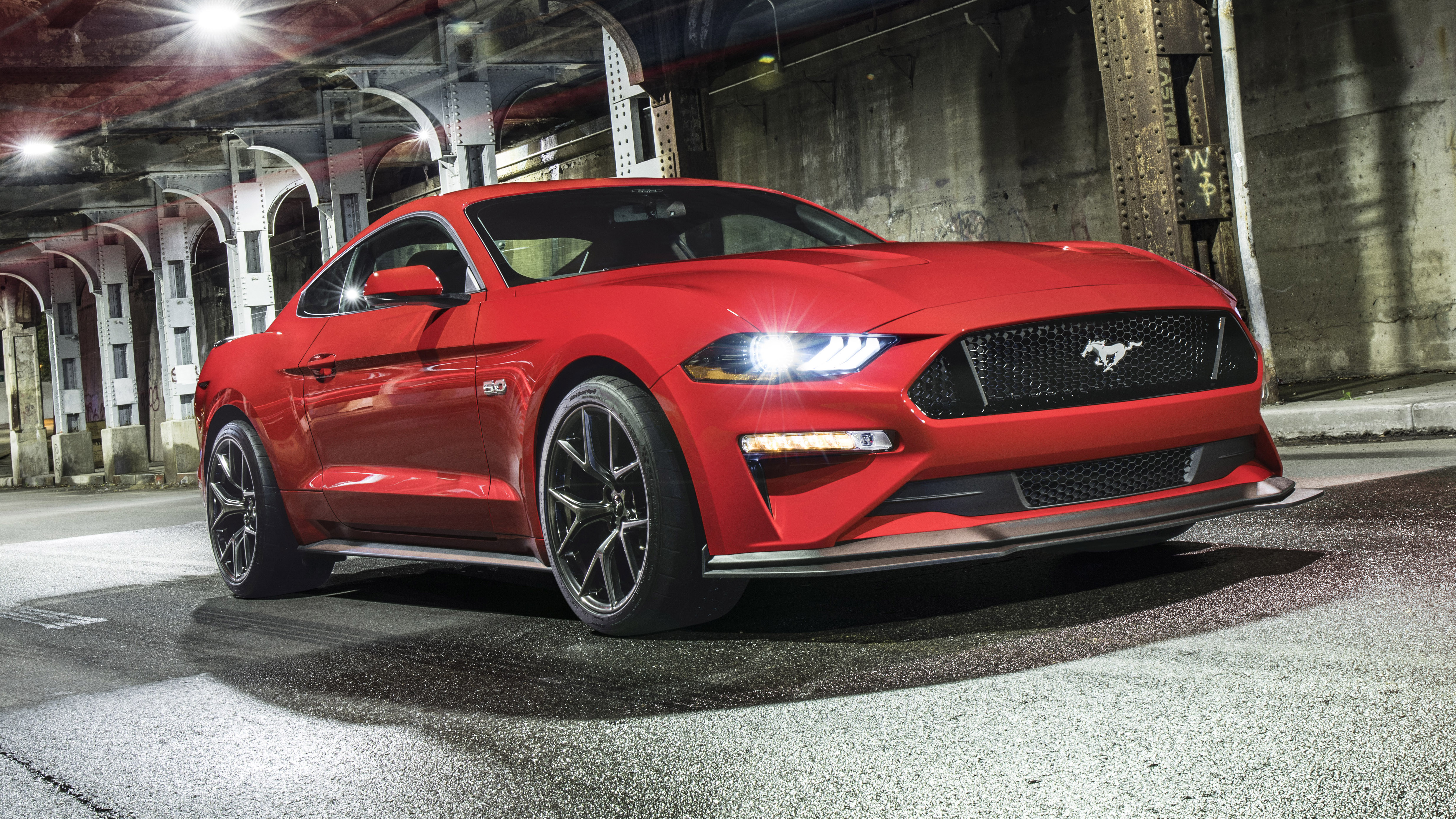 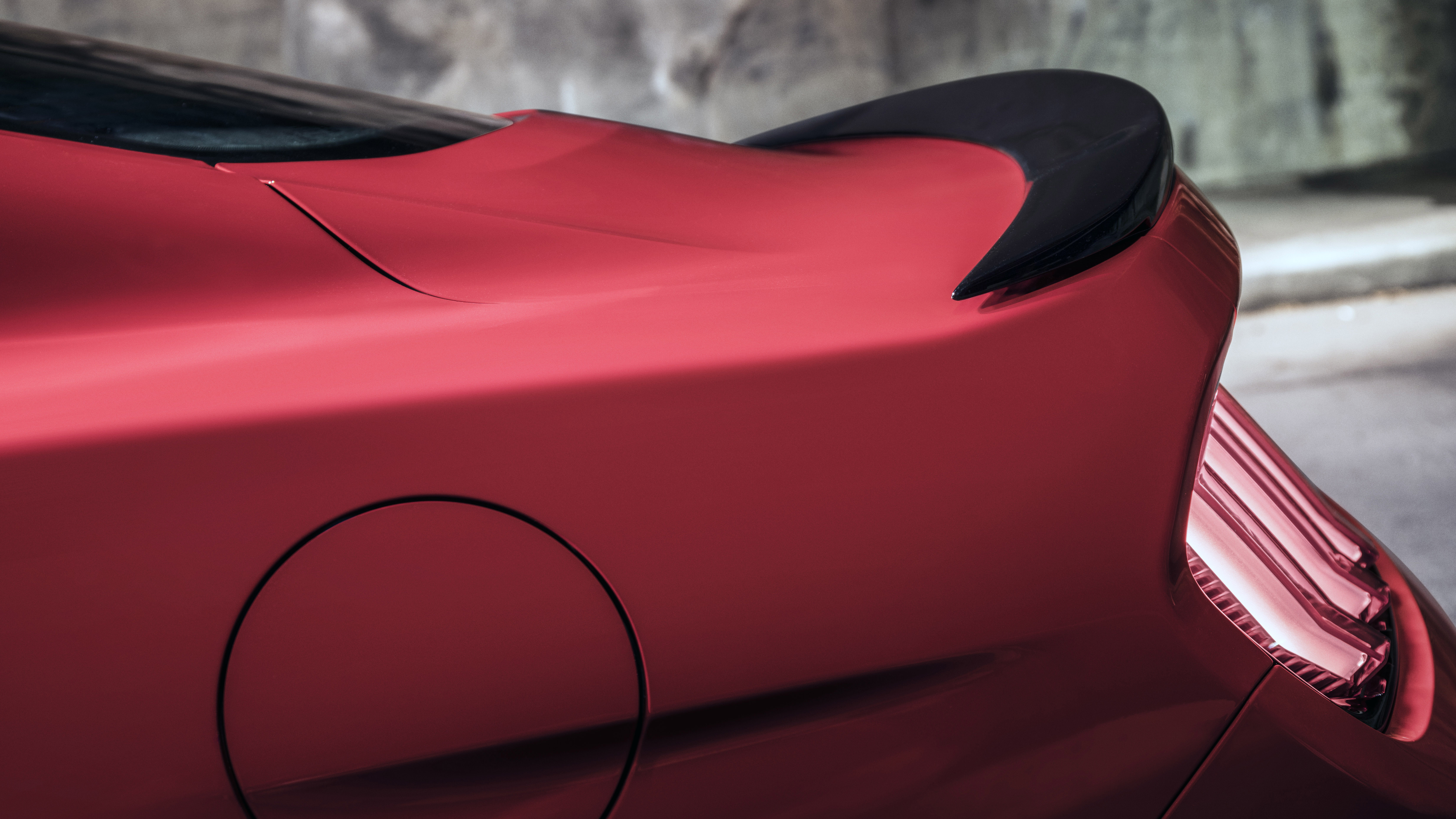 Aren’t those the same front tyres as on the GT350R?

The very same, and this car has a similar front end confidence to it, just like its big brother. So much so, within the half a day we spent with the car on damp roads and track, it felt more locked down and confidence inspiring than the standard GT350, which rides on narrower Michelin Pilot Super Sports.

Can you feel the aero working?

Not this time as we weren’t able to max the car on the track thanks to a tornado rearranging the scenery the day before and rain stopping play. But the Ford people claim that the new three-inch bigger front splitter creates an extra 24lb of downforce at 80mph. The rear spoiler just balances that out.

Not much. PP2 cars can be specced with Recaro seats clad in leather or, for a more racer feel, cloth. But that’s about it.

For a car that’s supposed to bridge the gap between the regular GT and the GT350, the PP2 comes pretty close to eclipsing its Shelby sibling. If it wasn’t for the 350’s screaming flat-plane cranked V8, I’d probably recommend the PP2 over it right now. Especially as it’s only a $6,500 upgrade. Think of it as a Shelby GT350R Lite and you won’t be far wrong.

And, unless you live in the US and Canada, think about it is all you can do. Those bigger wheels stick out too much for the PP2 to be legal in export markets, so we are not getting it in the UK. There’s nothing stopping you ordering the parts and putting them on yourself, other than the near-impossible task of retuning all the car’s systems to make the most of the new wheels and tyres.

Much better to just dream for now and wait for the next one. Like I say, there are plenty more on the way. And the good news is at least one of them, the Bullitt, it is coming to the UK soon.