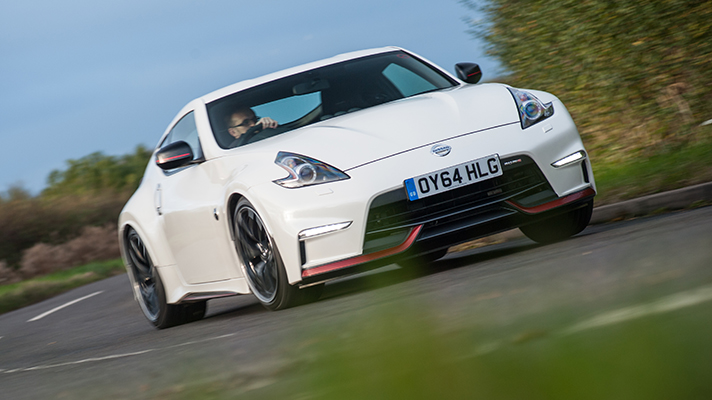 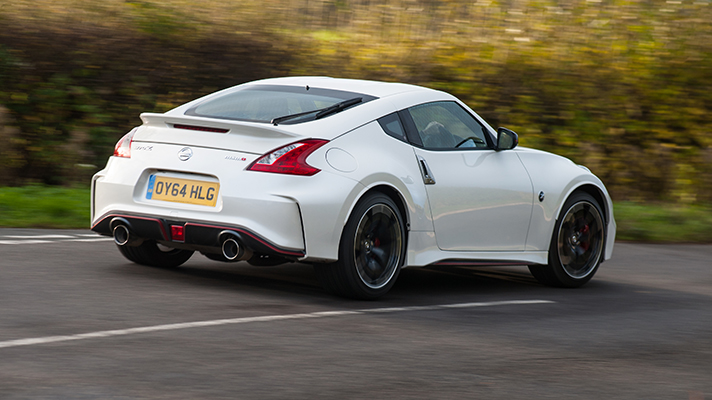 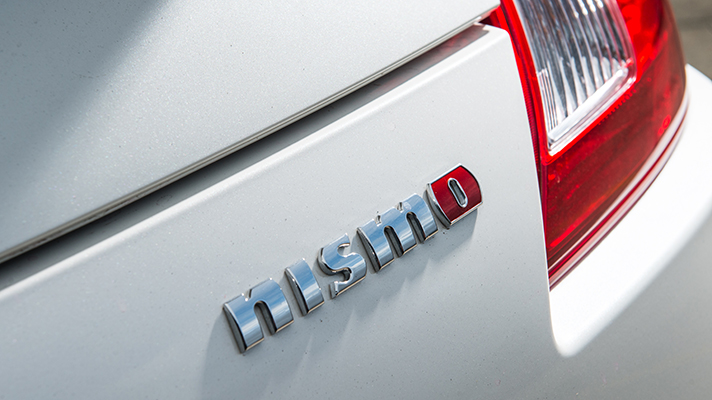 Is this a new car?

Kind of. The 370Z Nismo has been with us a little while now - alongside the Juke, it helped kicked off the rebranding of Nismo as a purveyor of heated up road cars. This is its 2015 model year spruce up, with a handful of detail changes to keep it fighting fit. New competition arrives soon in the shape of the freshly Europe-friendly Ford Mustang, lest we forget.

It doesn't look quite so OTT as before...

You can thank the decrease in rear wing size for that. The outgoing Nismo 370Z had a whiff of the aftermarket about it, but swapping its behemoth bolt-on spoiler for something smaller, integrated and body-coloured has done wonders for the overall styling, as has the introduction of pert new bumpers.

This is still a car that means business, but the focus is now on its wide stance and pumped arches. Even the red detailing is executed with an element of subtlety.

The new spoiler also brings with it an intended drop in downforce, to aid sane-speed dynamics. The rest of the tweaks are comfort-minded - the suspension has been softened and sound deadening has been pumped up; the interior is now 1.5 decibels quieter at 50mph, apparently, which Nissan assures us is a good amount.

It's all with the aim of making the Nismo a much better long-distance car than before. Over half of 370Zs peddled in the UK are bought in Nismo trim, despite it commanding a £10,000 premium over an entry-point Zed, so you can see Nissan's reasoning for strengthening its all-round qualities.

But should a Nismo care for comfort?

Bluntly, yes. The outgoing Nismo was a far from perfect car. Plenty of old-school muscularity, but at a price point that's now severely undercut by similarly powerful and more sophisticated hot hatches, old-school muscularity only takes you so far. How foxed it could be by a battered and bruised British B-road made it a bit of an also-ran.

Not now. We tried the refreshed Zed on some of our favourite roads, and for the most part it took them in its stride. It's still firm, and it communicates bumps and ruts to its driver, but it does so while soaking them up quite nicely. It boosts your confidence and allows you to get a real flow going, eroding the fear mid-corner bumps might previously have instilled.

It's still old-school: the steering is heavy - in a satisfying, feelsome way - and the clutch and manual gearbox require firm yet measured inputs. A similarly priced Cayman is far more flattering on its driver - the more effort you put into driving it, the bigger the rewards it dishes up. The Zed, meanwhile, asks of all you've got, all of the time.

The Nismo's one concession to ham-fistedness remains its excellent SynchroRev system, which matches engine revs to road speed as you change down gears, negating the need for heel-and-toeing (though it can be turned off). It launched with the 370Z in 2009, and as other manufacturers - including Porsche - have followed suit since, it makes Nissan look a bit of a pioneer.

The 370Z Nismo is a big-hearted car, both in character and powertrain. Its 3.7-litre V6 serves up 340bhp and 274lb ft, figures to make the 271bhp/214lb ft Cayman blush. The Nissan's a stocky car, though, and its 5.2sec 0-62mph time isn't extraordinary. It probably wouldn't see which way a well-driven Golf R went on a twisty bit of road.

What's important, though, is that it feels fast. The 370Z is naturally aspirated, and thus power is delivered in a delicious and satisfying manner, arriving with great linearity right to the red line. And unlike the Cayman, you don't have to rev the knackers off it - in fact, an early upchange adds a welcome dose of smoothness to proceedings.

Pushed hard on track, the 370Z unravels a little. That Cayman is precise and balletic at its limits, while the Zed is somewhat scrappy in comparison. Get greedy with your corner entry speed and it understeers; enter slower to exit quicker and you'll get a maniacal orange light on the dashboard if you grab too much throttle on corner exit.

Or a lick of oversteer, if you've reached to the right of the steering wheel and disabled the stability control, an action carried out by a quick and simple button press. The ESP isn't a clever modern system that wraps its arm around you and helps you go faster - it snatches power away with little subtlety, as if you're being told off for clumsiness.

And what of the Nismo's new concessions to comfort?

There's still plenty of tyre roar on a high-speed cruise and it's not an out-and-out GT car. But the interior is plush, and feels exotic compared to those pesky hot hatches that snap at its heels. There's plenty of Alcantara - giving the steering wheel wonderful tactility - and the 2015 refresh brings with it some superb Recaro seats. And while its £37,575 tag makes it look pricey at the top of the 370Z range, it comes fully loaded. Your only option is which paint colour you'd like.

Is it a winner?

Those little changes have all added up to a big transformation; the 370Z Nismo is a much more appealing road car than before. It's an intoxicating thing to be around, and there's no denying how much more wallop it packs than a comparatively priced, if much more athletic, Porsche. It also feels undeniably special compared to the new wave of 300bhp-plus hatchbacks it effectively rivals.

But for us its only direct rival is shortly to arrive in the UK. Pitting this against the new Ford Mustang should be quite the twin test...