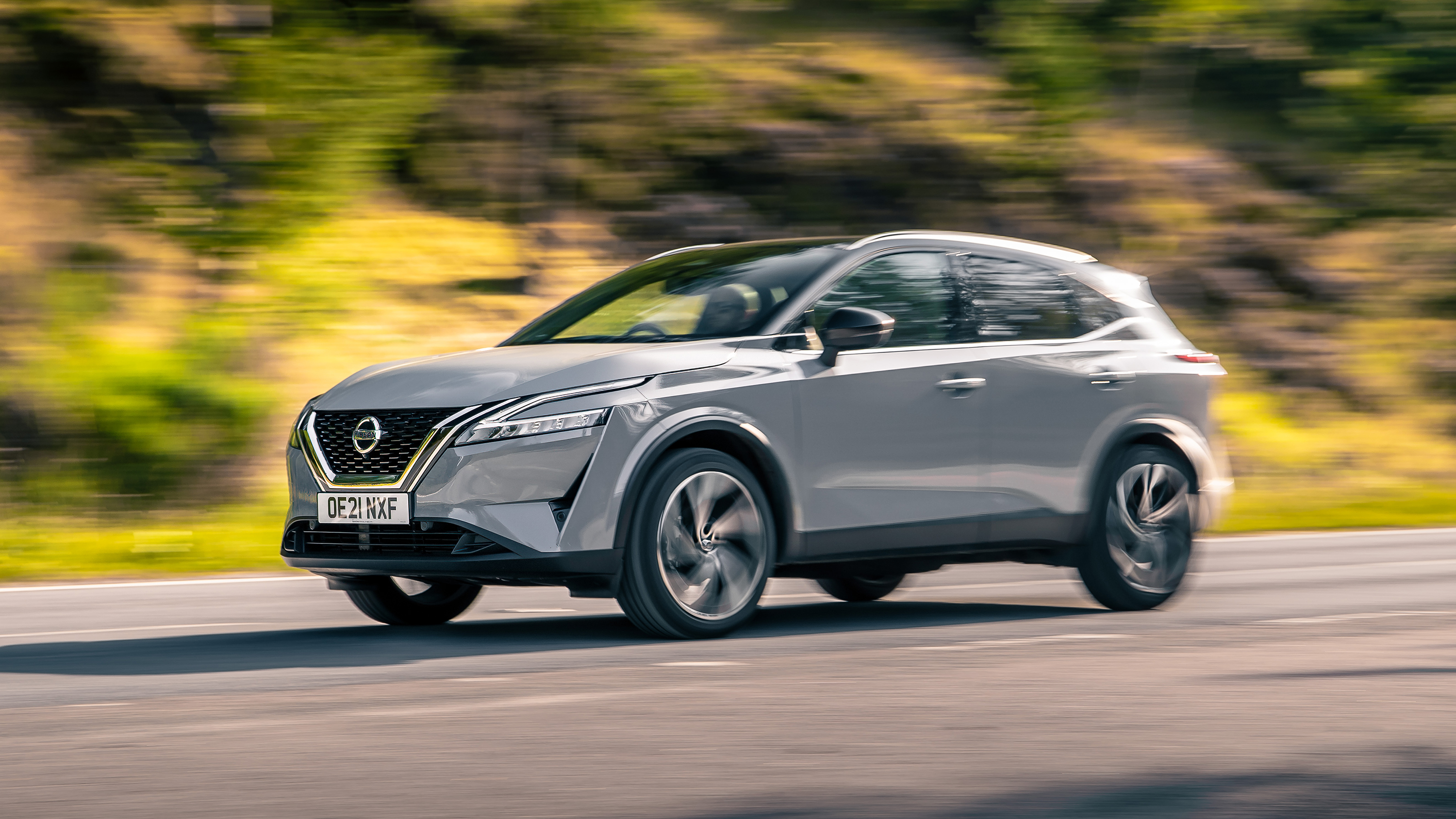 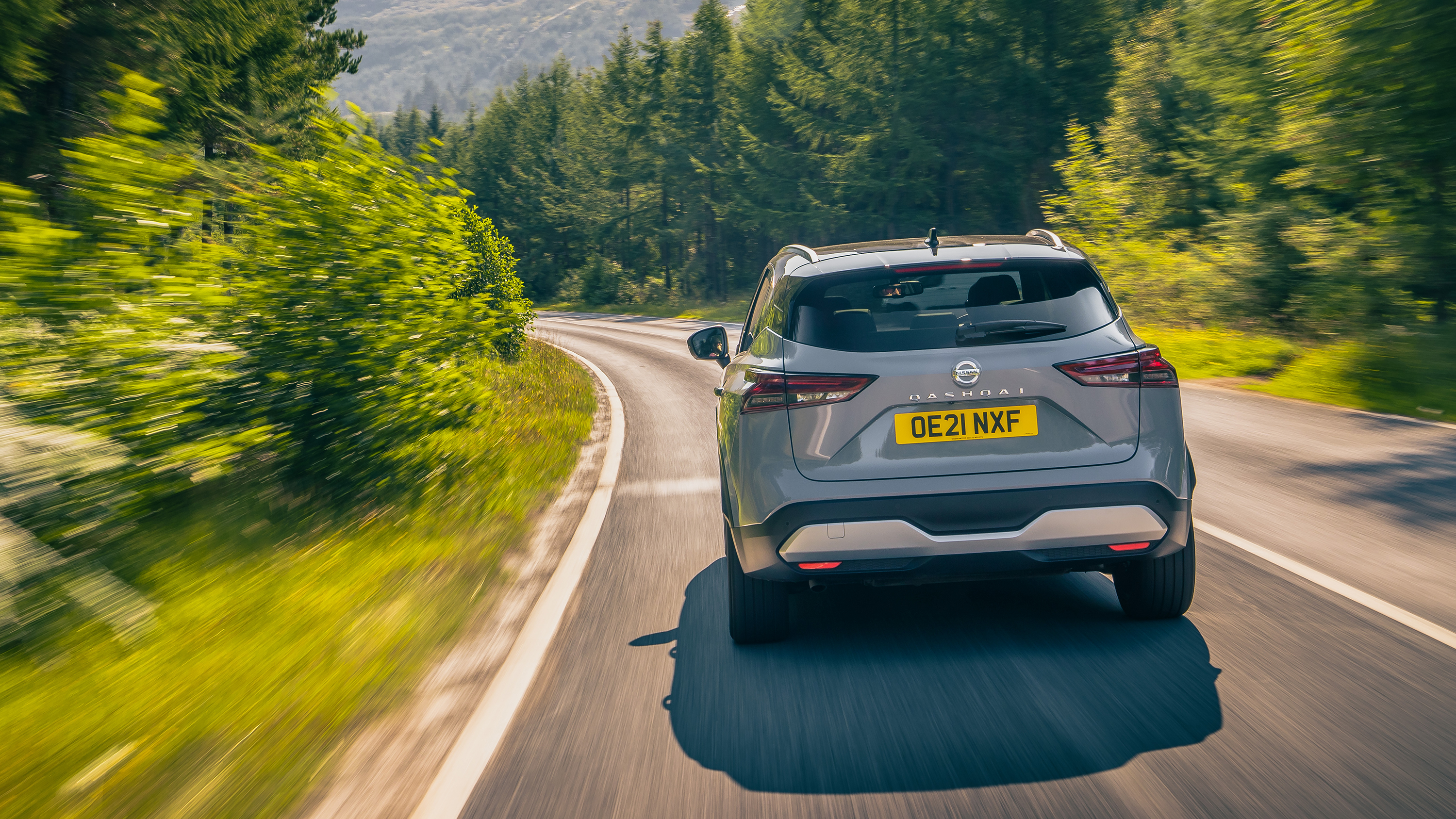 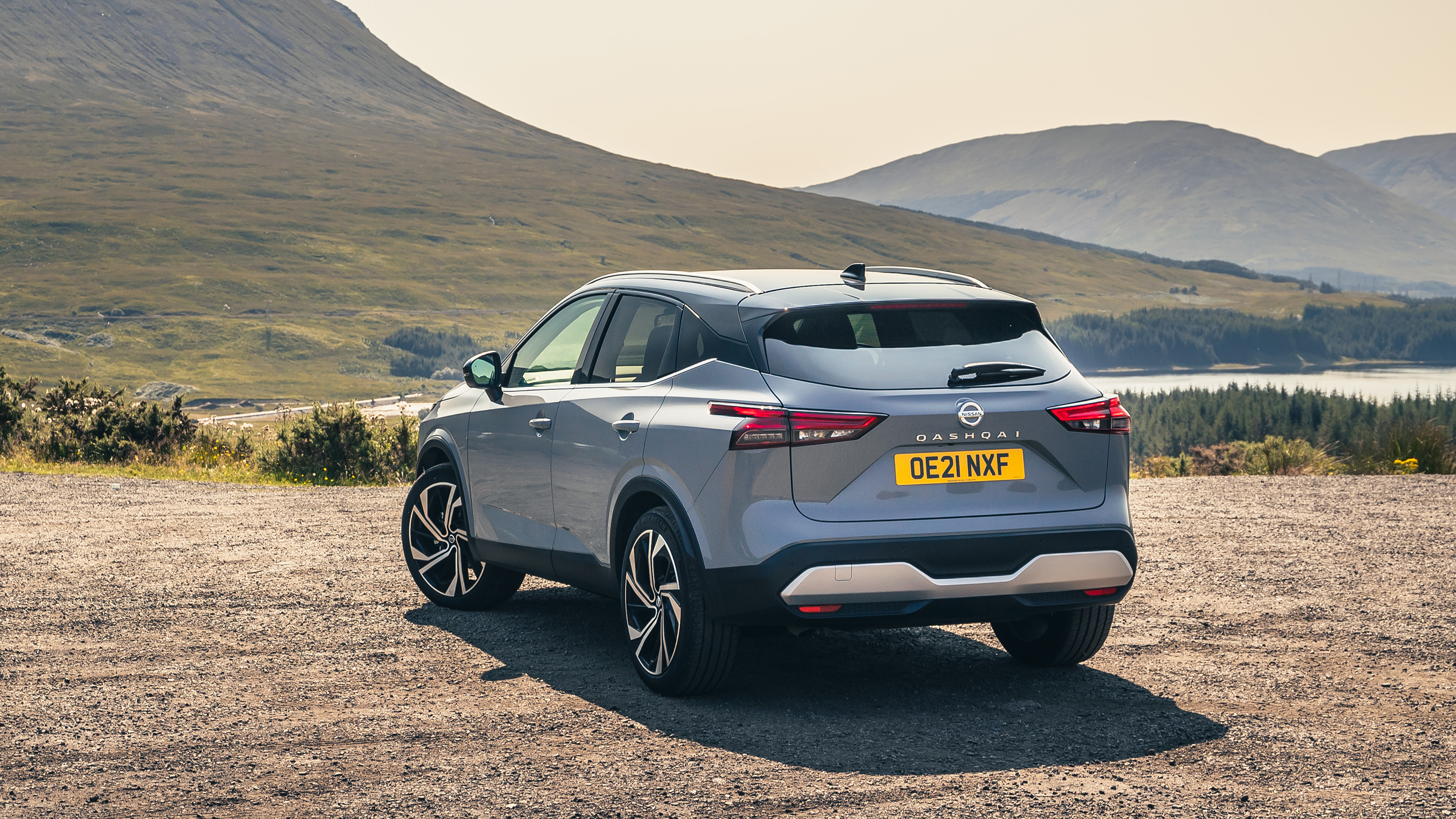 You’d be right. For it is the Nissan Qashqai, a car entering its third generation with big shoes to fill but a fanbase loyal enough to ensure it’ll have misstepped greatly if it fails to do so.

You might fairly assume it arrives with much electrification to back up both its techy redesign and Nissan’s ginormous investment in a battery plant next door to the same UK factory that produces the Qashqai. You’d be half right.

In the relatively near future we’ll get the Qashqai e-power, which will see electricity power the wheels and a dinky petrol generator aboard to extend the range, like early-doors BMW i3s.

But for now, the gen3 Qashqai launches with two engine choices, though they’re largely the same. Both see 1.3-litre 4cyl turbo petrol engines gain a weeny dose of electricity to make them mild hybrids. Ones you can’t plug into the mains and which won’t manage a single-mile of EV range. Instead, there’s a nose of extra power to help fill gaps in the turbocharger’s work while buffing the edges of fuel economy and CO2 figures.

What are the key numbers?

That 1.3-litre – familiar from higher-rung Dacias, mid-range Renaults and lower-rung Mercs – produces either 138 or 156bhp with its hybrid boost. The former is manual and front-wheel-drive only, the latter can be equipped with an auto and 4WD. Your quickest 0-62mph time is a smidge over nine seconds, your highest top speed 128mph… but we all know neither number really matters in a proudly plain family shuttle.

Of way more importance is the claimed 44mpg – which you’ll just about hit when the car’s fully loaded if you’re light-footed – and the fact that Nissan has managed to hush this engine in ways that its Alliance mates can only dream of. The Qashqai may not be an EV just yet, but below 3,500rpm it does a fair impression of one.

So I won’t be chasing the redline here?

Maybe for a well-planned rural overtake, or a boisterous run down a motorway slip road. The power output of the headiest Qashqai looks good on paper, but when it’s got 1.4 tonnes to motivate briskly, it’s left asking. But this is simply never a car you’re inclined to drive in any way vigorously.

It’s a total softie, designed to lower your heart rate, not raise it. That doesn’t mean it’s short of grip or tenacity in corners, mind. It’s just the deliberate lightness of both steering and gearchange will ensure you never go chasing every last millimetre of your allotted tarmac.

I’m a car enthusiast. Why should I be interested?

There’s an ocean of crossovers on sale at the moment, and not a single one of them (at mainstream prices) has dazzled us with its star quality. Maybe the Ford Kuga is the neatest to drive, the Volkswagen Tiguan the most convincingly put together, the Hyundai Tucson the most interesting to look at… but they’re all marginally different flavours of ‘fine’.

And the Qashqai comes with not just one, but two USPs. For starters, it’s arguably the original; back in the mid-2000s, Nissan ditched the dull old Almera and forged a different path to woo families on modest budgets. The British designed, engineered and built Qashqai wore a curious name but quickly convinced millions of people to part with a few hundred quid a month.

Sure, high-rise hatches had existed before the Qashqai. But never before had they been their maker’s only family-size offering in Europe. The short, ill-fated return of the Pulsar was perhaps Nissan just proving to us that it was right. By doing something very wrong.

Perhaps you want to reduce your carbon footprint but can’t yet contemplate a family car that runs solely from a plug. Well, buy one that’s manufactured and developed locally. While propping up a decent portion of your homeland’s automotive industry.

Nissan Sunderland has made over 10 million cars since opening in 1986, and over a third of those are Qashqais. Around 30,000 British livelihoods are currently supported by its existence. It’s surely as British as mainstream cars currently get, despite wearing Japanese badges. If you’re the sort of person ditching online shopping to help support your nearby high street, you’re best popping to a Nissan dealer for one of these over the circa 5,000 small-SUV alternatives.

And I won’t be missing out?

Not on anything truly useful. This is far from the best driving car in its class, but that’s far from the most relevant thing to judge it on. This is a quiet, calming, easygoing mode of transport. You even get massaging seats if you tick the right boxes. The fact you’re keeping coins running through the Bovril vending machine at Nissan Sunderland (yes, really) can be the main reason you buy a Qashqai… or merely a satisfying little sidenote.