Read why you can trust our independent reviews
Top Gear Team
Published: 16 May 2022
Skip 23 photos in the image carousel and continue reading 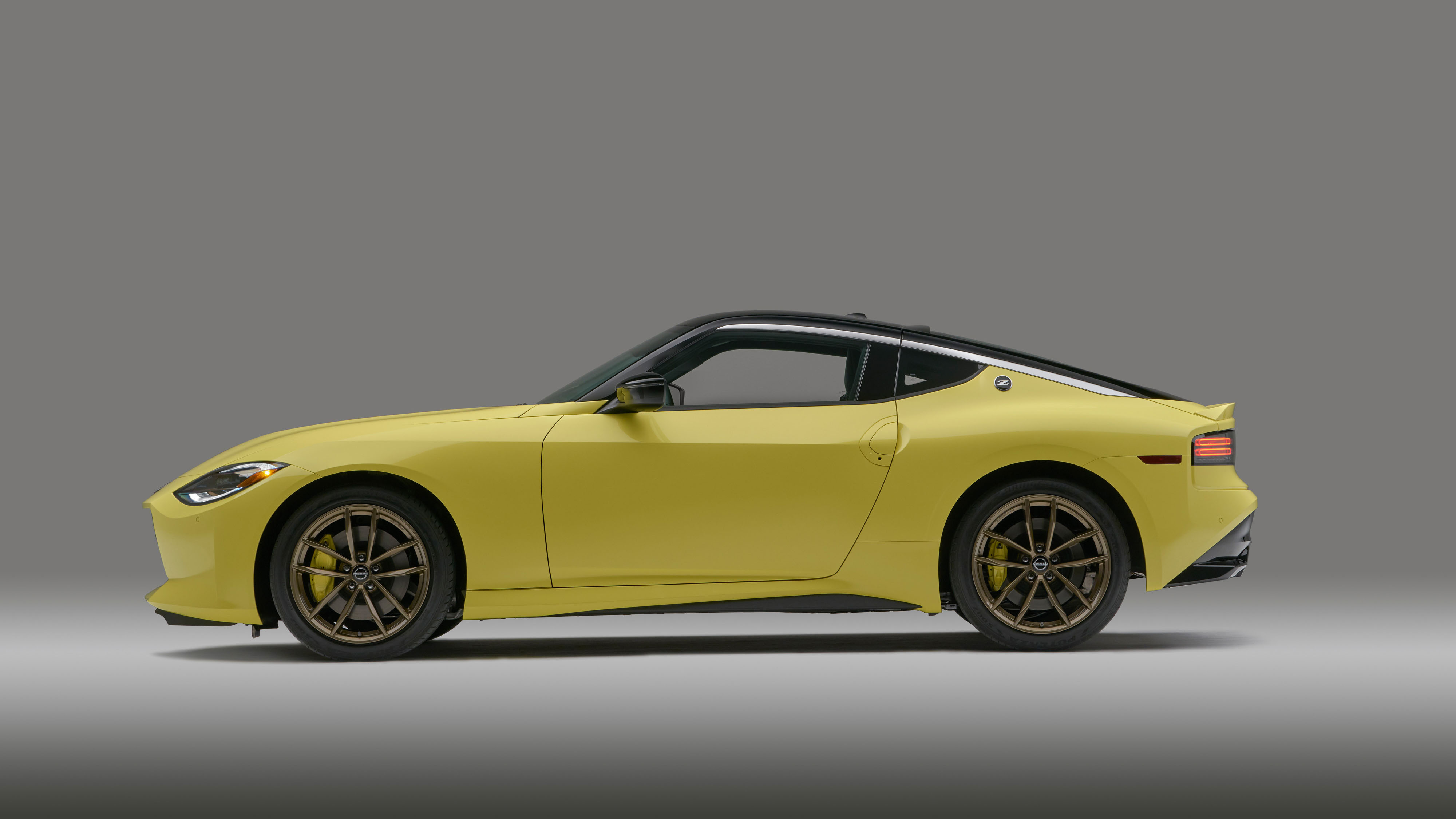 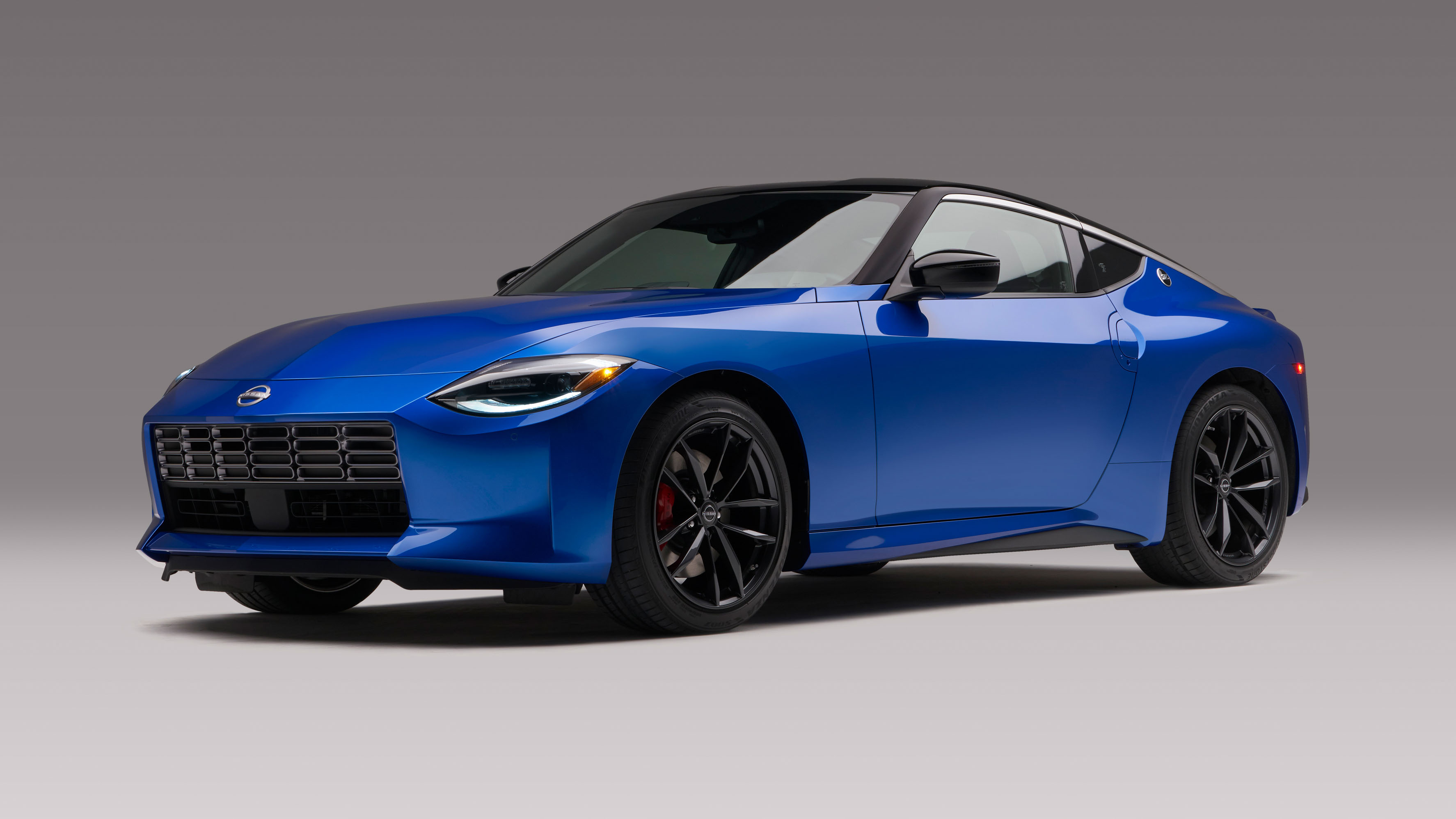 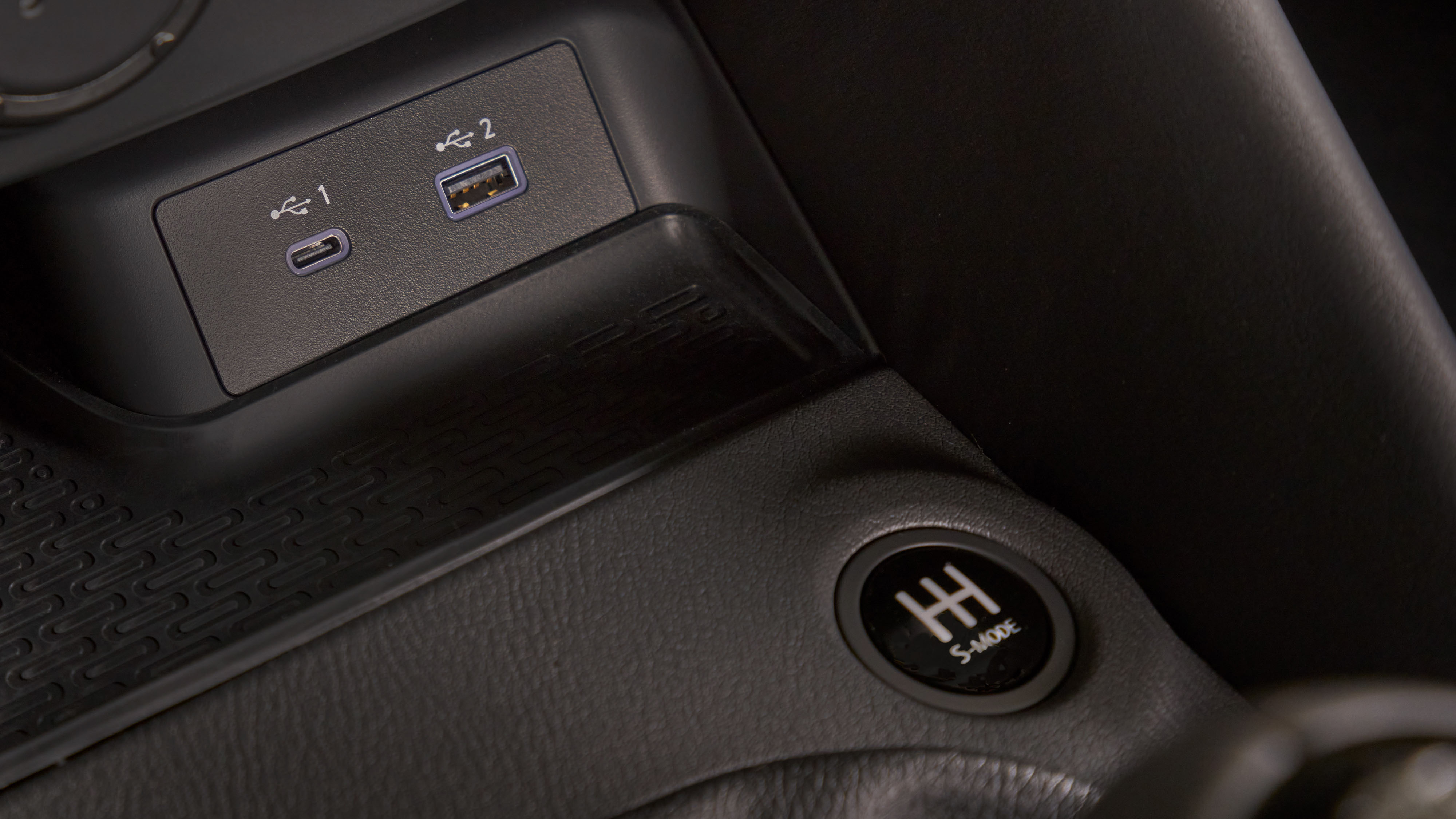 The Z will not be coming to Europe, so don’t bother looking up exchange rates

What we have here is the latest in the more than 50-years of Nissan Z cars - the now-eponymous Nissan Z. So that’s a lineage that links back through the 370Z and 350Z, all the way back through the Fairlady Z, 270Z and 240Z. So it’s a two-seat, front-engined, rear-wheel drive sports car/mini GT that sits below the ‘ultimate’ GT-R brand. A friendlier, more day-to-day Nissan sports car.

In this iteration, that means a 3.0-litre twin turbo V6 with 400bhp - which means that even though this is a more relaxed car, it’s not lacking in firepower. There’s a six-speed manual or no-cost option nine-speed auto with paddles, a limited-slip diff on all but the base of the range (but that still gets the same power output), rear-wheel drive and relatively modest dimensions.

On the outside it’s got familiar proportions - big hips and a long bonnet/short cabin/snub rear - but the Z is leaner than the cars that went before it, more like a 240 than a 370. And there are loads of really lovely nods to the half-century of heritage without resorting to pastiche; you’ll see the ghost of the reflections of the 240Z’s round headlights in the DRLs, the Z32 (’90 to ’96) 300ZX’s rectangular-oblong taillights, even some shapes that make you see 200SX in the rear three-quarter. Maybe that’s just us. It’s cohesive and athletic without being overly shouty - and that’s a very good thing.

Yup, there’s plenty of 370 in the mix, although that’s not a bad thing, and it’s probably not as much as you expect. Some 80 per cent of the car has changed, so this isn’t a facelift so much as a new machine with a pinch of technical carryover. In the metal, it really doesn’t look much like a 370Z either, and it’s got more power and torque which negates the slight weight-gain from the previous model. It’s also pitched hard at people who like to drive rather than those who just like to go fast; there’s a sweet-feeling manual - as well as a no-cost and really very competent 9-Speed auto - and a limited-slip differential to help corral traction at the rear wheels.

Aluminium double wishbones handle locating the front, and there’s an independent multi-link set-up at the rear. The ‘Performance’ version gets 4-piston front brakes and 2-piston rears, the ‘Sport’ slightly less powerful double-pistons all-round, the steering is electric, and there’s a launch control system for both. There’s also rev-matching for downshifts, and a triplet of gauges on the dash top. They don’t make it any faster, but they look great.

So there are ‘versions’?

Just two for full production; Sport and Performance. As mentioned, the Performance is probably the one you want, that gets the more powerful brakes, standard limited-slip diff and small front and rear spoilers (the side skirts are standard on both) which look really very nice. The Performance also gets stickier Bridgestone Potenza S007 tyres as standard with lighter, forged 19-inch RAYS alloys, with the Sport equipped with Yokohama Advans and standard aluminium 19-inch wheels. The difference isn’t night and day, but if you want to push your Nissan Z, the extra bits will help.

Oh, and there’s the ‘Proto Spec’ as a launch car limited to 240 units; Performance grade only, which comes with bronze 19-inch RAYS alloys, yellow callipers, and special interior bits including yellow stitched seats and trims as well as an exclusive shift knob if you’ve optioned the manual. But you’d definitely want a two-tone Z in Seiran Blue. Or possibly Ikazuchi yellow. But then again, the Passion red looks quite nice...

The last Nissan Z before electrification inevitably gets involved in the powertrain, and it’s the best one yet. Just the right amount of power to make it fast, not so overburdened that you can rely on high horsepower to drag you back into the game on the next straight, playful handling rather than overly-hard track-biased nonsense. It’s a back to basics feeling without a back to basics cabin, pitched well (in the US) and tremendous value for money.

It’s also got a handy duality in that it’d be a compact but useable daily driver or GT, but when you got somewhere interesting, enough dynamic breadth to have some fun. Yes, there are things we’d change, but it almost feels like Nissan has left some headroom for tweaks in the car itself, according to your taste. So for Europe we’d take a tiny bit of the squidge out of the suspension and make it turn in a little faster, rifle-bolt the already sweet gearshift action on the manual, tweak the turbos and make it sound a bit more fruity. But it’s a lovely thing straight out of the box - just a shame that emissions and efficiency mean it won’t be coming to Europe.