£23,674 when new
Read why you can trust our independent reviews 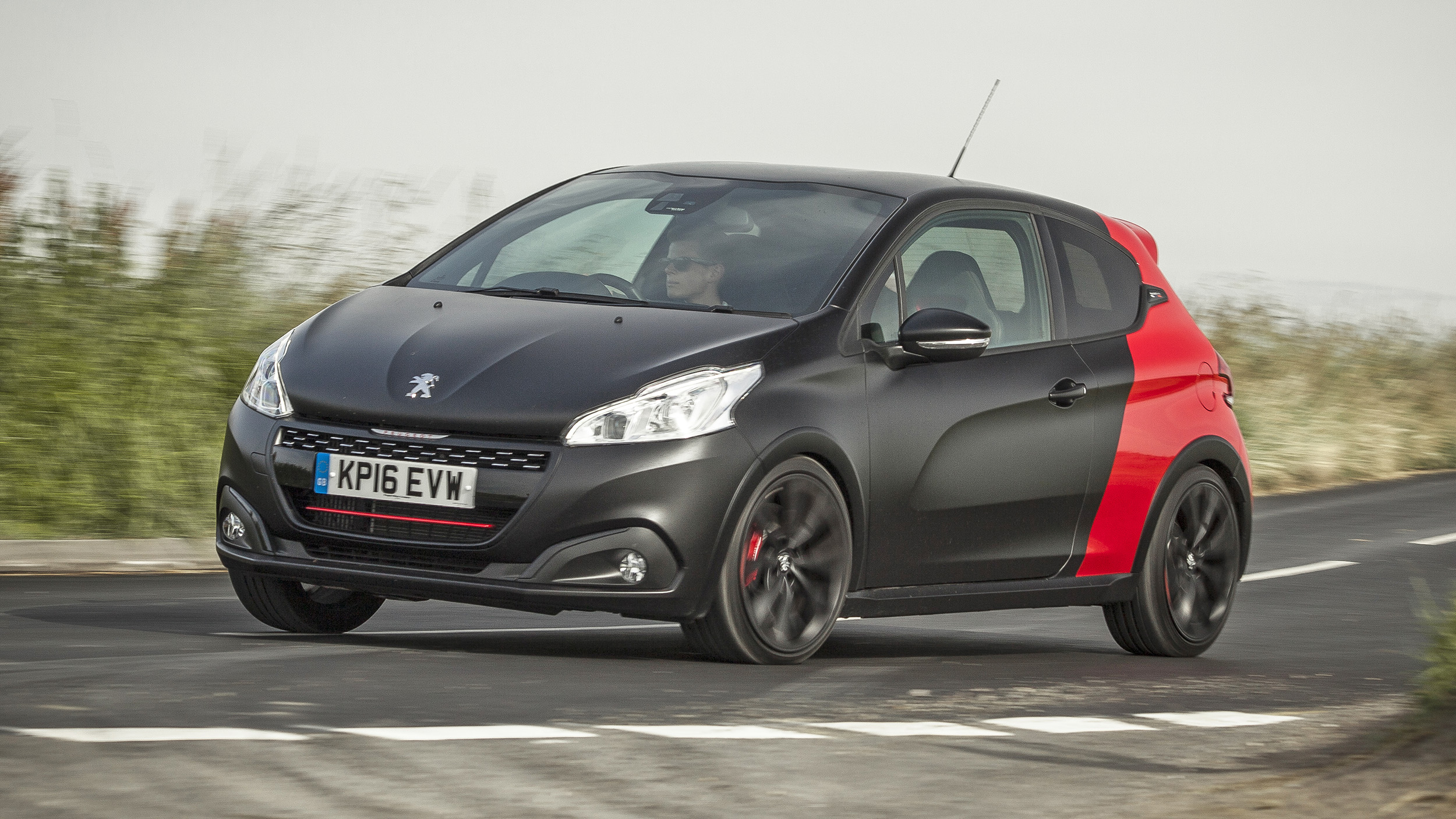 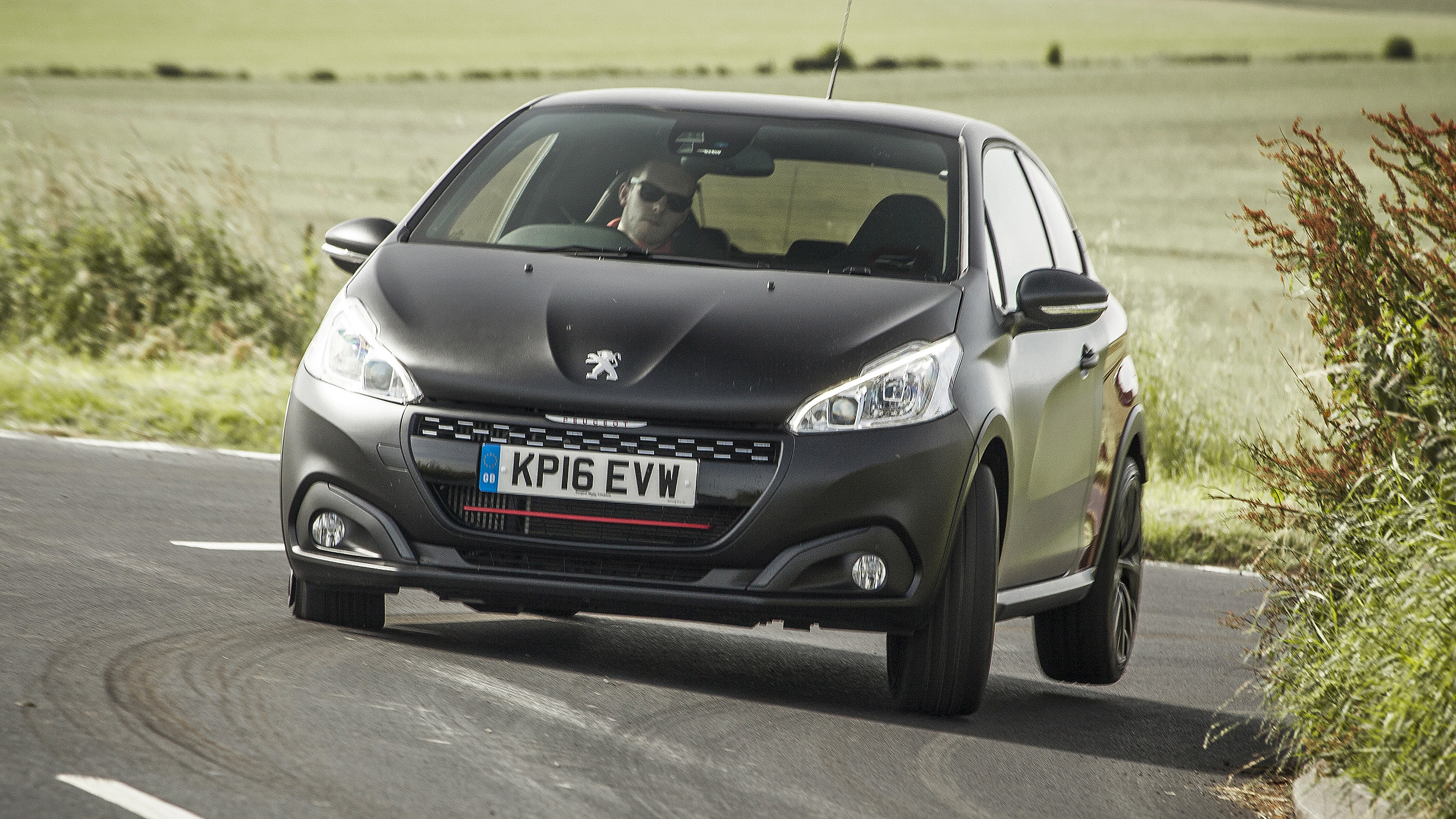 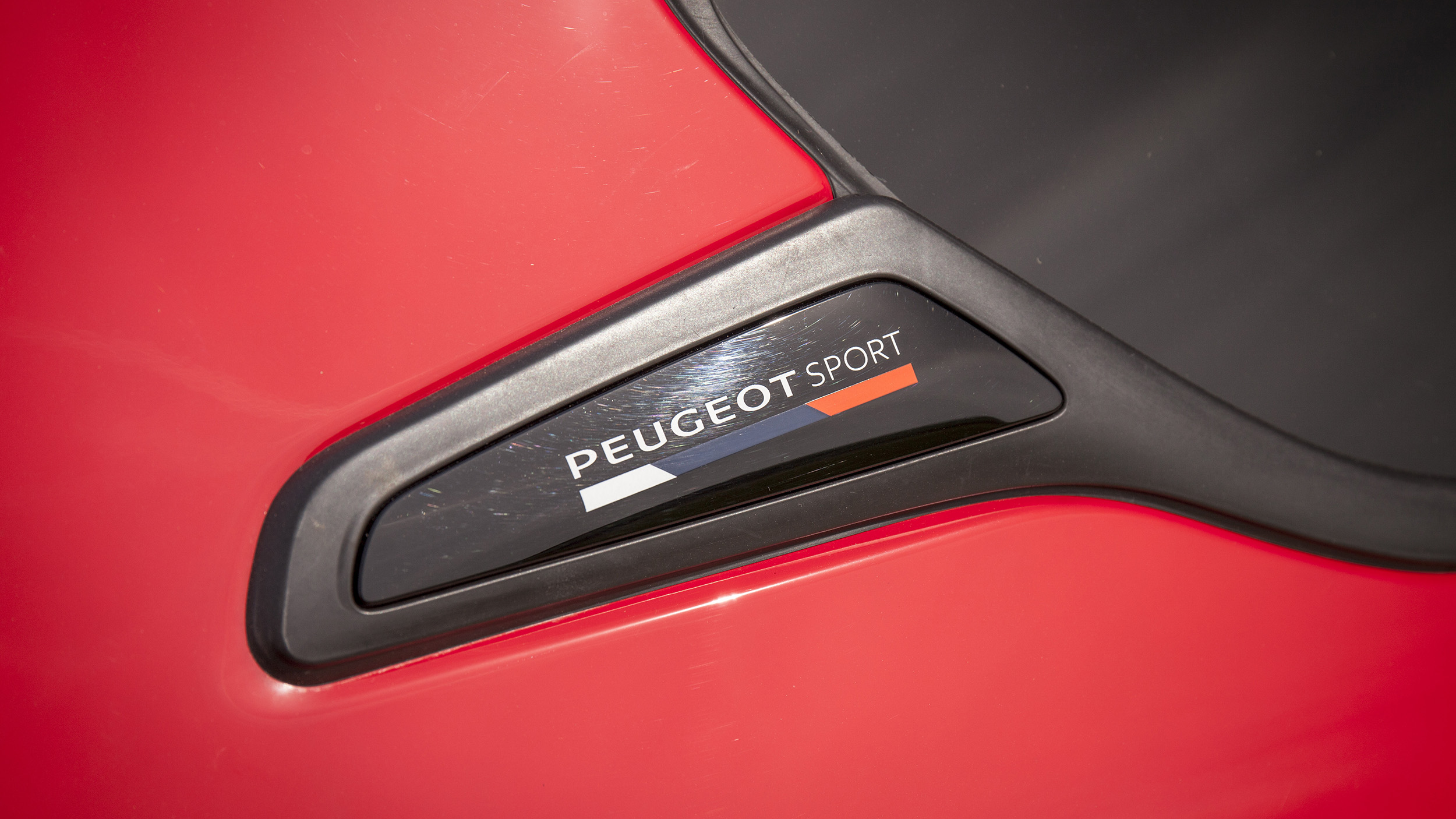 It’s the Peugeot 208 GTI by Peugeot Sport. It’s a long and slightly clumsy name for a car that is neither of those things. Without wishing to spoil the ending, you’re looking at one of the most fun hot hatchbacks on sale. And don’t worry, you can have it in normal colours, too.

There’s lots of good stuff underneath to transform its behaviour compared to the (still fun) standard 208 GTI. Things like a mechanical limited-slip differential on the front axle, and front wheels displaying some proper camber to them. The track widths are broader, and the Peugeot Sport rides 10mm lower than standard, too.

Those are nerdy things, we admit. But nerdy things that make sure this is a car that’s notably more focused than a Mini Cooper S or even a Ford Fiesta ST, the ST200 version of which is probably the toughest foe for the £22,000 Peugeot.

Yeah, it’s not a cheap’n’cheerful little hot hatch. In fact, a bigger, more powerful Ford Focus ST costs little more. But know this: the 208 feels worth nearly, if not all, of its pennies.

Compared to that pesky Fiesta, its interior feels quite classy. There are idiosyncrasies, the two biggest even visible in the pictures here. Namely that infamously titchy steering wheel Peugeot puts in its hatchbacks, and a touchscreen that can seem a touch clunky.

But both of these are things you will adjust to with use. The little wheel exaggerates the eagerness of an already perky car, while the screen tidies up the interior and makes it a much easier place to spend time than the sea-of-buttons ST.

Back to the fun stuff, please.

The 208 GTI has plenty of that. As you might expect from merely observing its stance, the suspension setup is firm. But a Fiesta ST is actually more unsettled over bumpy roads, where this little Peugeot Sport just exhibits hard-edged composure. Grips well, too.

When you find a road that’s twisty, undulating and invitingly quiet, though, it becomes about the most rambunctious little front-drive car on sale. Not least because of that diff - which pulls you out of corners with wonderful alacrity - and the fitment of a six-speed manual rather than the paddleshift gearbox favoured by some rivals.

It’s not as immediately frisky as the Fiesta, and its limits are higher. It’s a more senior car, and its sense of humour probably isn’t as evident. But there’s something hugely addictive about its character and the depth of its performance.

The engine is the turbocharged 1.6-litre four-cylinder familiar from all manner of little Peugeots and Citroens. Here it has 208PS (see what they did there?), or 205bhp in our language. Another iconic number, eh?

It’ll complete 0-62mph in 6.5 seconds – one tenth ahead of the Clio Trophy, two tenths ahead of the Fiesta ST200 – while its 143mph is on par with the Ford, and a little behind the Renault.

But those are just numbers. While this isn’t the most appealing of engines to thrash, the pace you build when you do might be quite startling at first. Especially given it comes from one of the smallest hot hatches on sale.

Pleasingly, it’s short geared enough that it pulls off the trick of feeling fast, but not too fast. You can have fun at sensible speeds: there’s always a sense of focus, it always feels special.

But still, 22 grand. What else does that buy me?

There are 18-inch, Michelin-wrapped wheels. And much black and red. Even if you want to forgo the Dennis the Menace exterior colour scheme, you won’t escape it on the inside, with plentiful red highlighting including some rather lairy carpeting.

The seats, meanwhile, are a real highlight: a pair of Peugeot Sport-branded Alcantara buckets that are supremely comfy and more forgiving than the Recaros you’ll find in the Fiesta ST. Seats are a key but oft-underrated part of a car’s dynamic make-up.

You keep mentioning that Fiesta. It’s much cheaper, right?

The standard ST is, yes. Those start at a whisker under £18,000. If you want a fun, affordable hot hatch, it fits the bill. But as we’ve already stated, it does not feel like Peugeot is short changing you here. The 208 GTI Peugeot Sport is a quality item with very accomplished dynamics.

It feels more honed, more specialised than the little Ford. In fact, it feels closer in spirit to the fantastic old naturally aspirated Clio 200 Cup than any other little hot hatch on sale, Renault’s own, almost identically named tiddler included. And that old Cup, don’t forget, is one of the best hot hatches ever made.