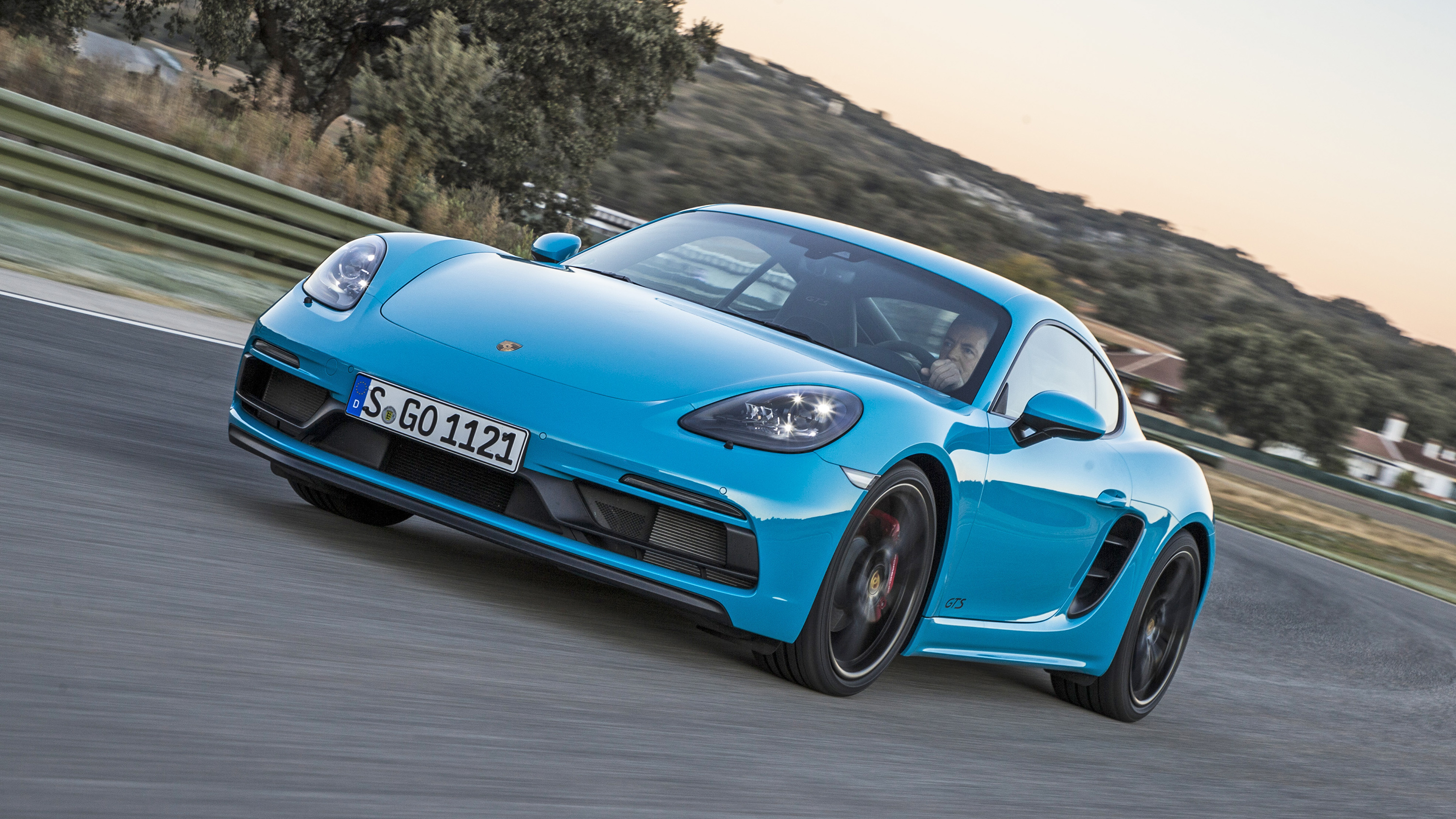 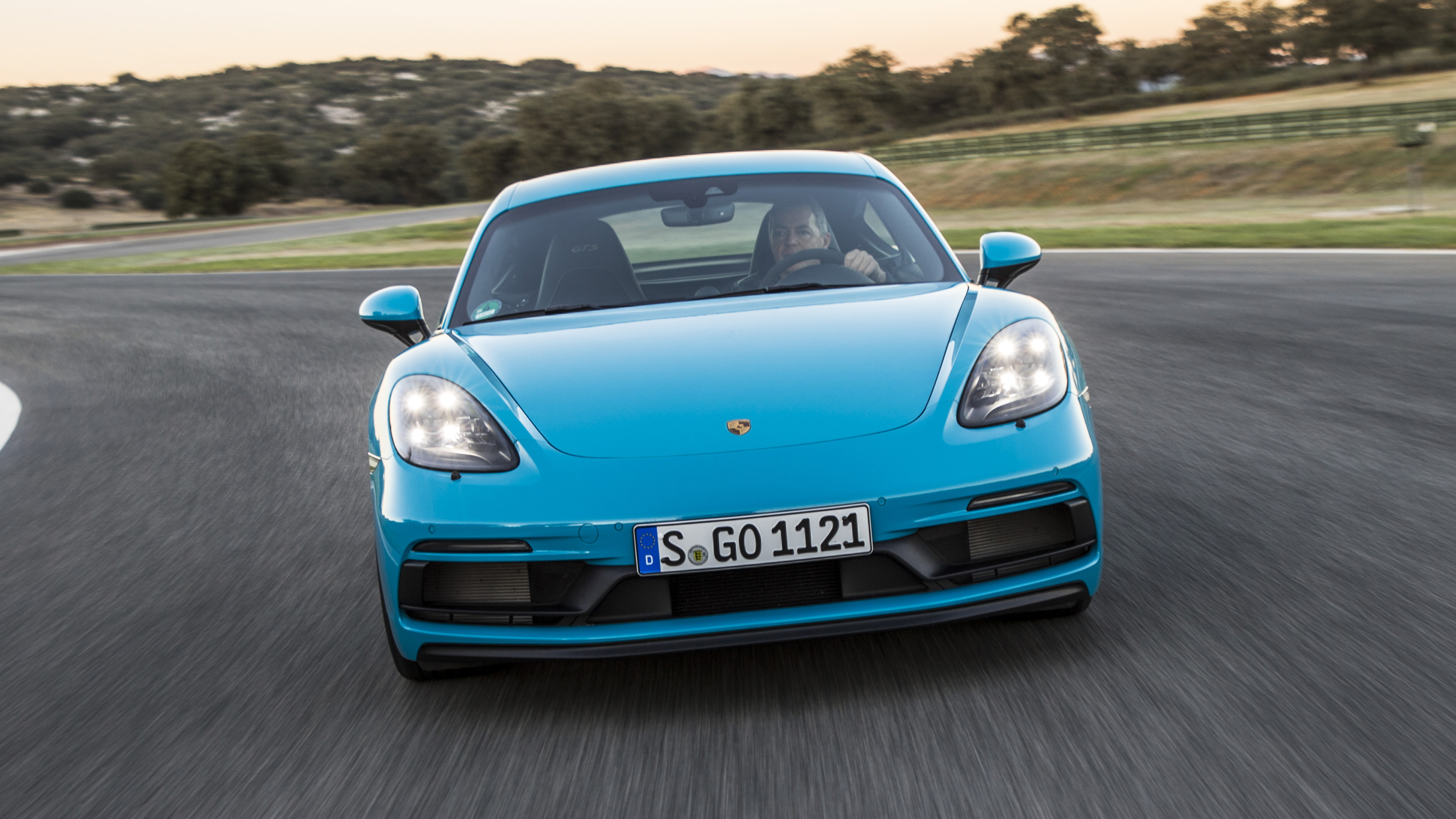 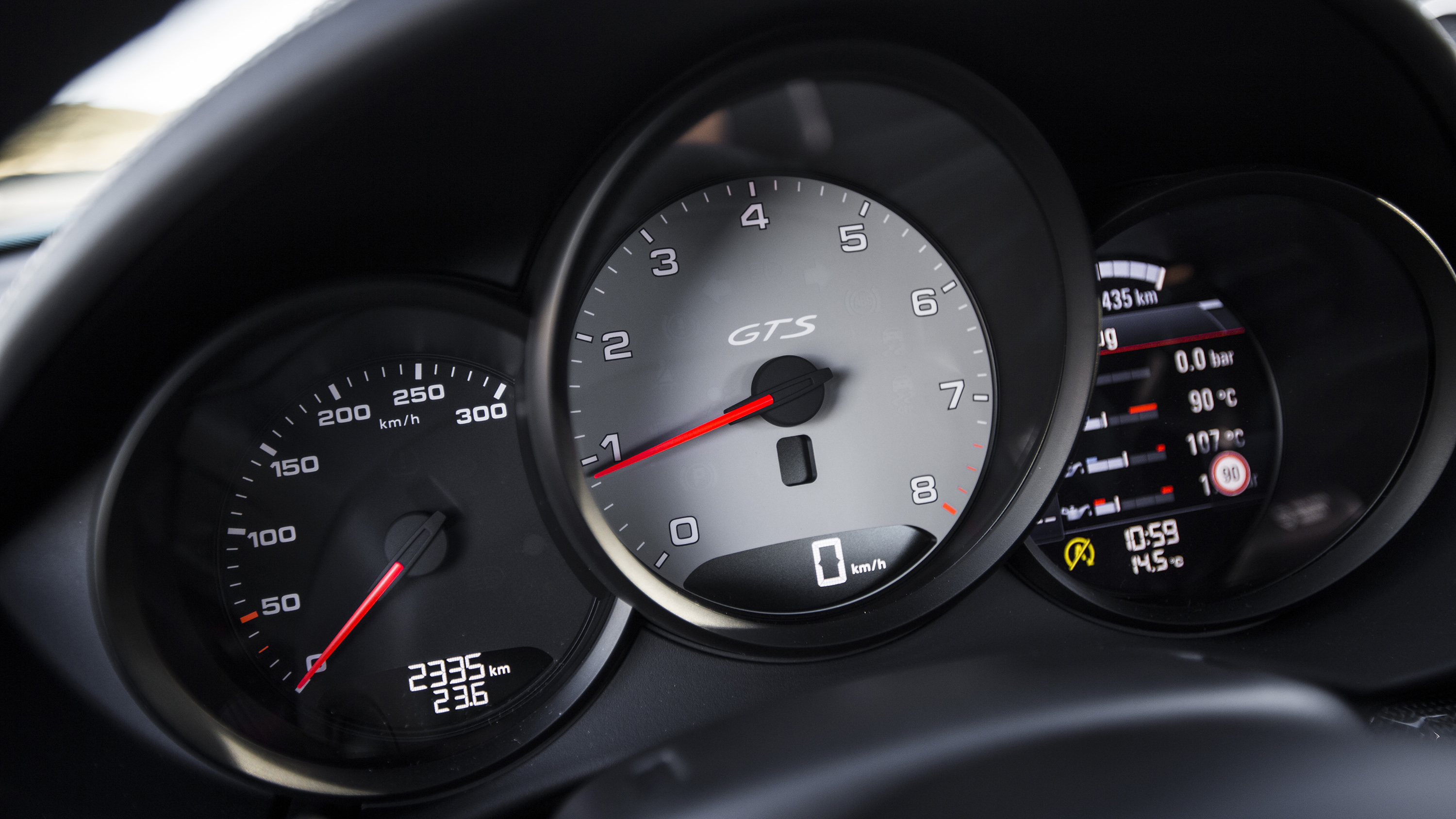 Kinda. It’s the new Porsche Cayman GTS, and our first go in a GTS-badged 718 in Britain. It starts at £59,866, up around eight grand on the Cayman S it sits above.

Does it still have a four-cylinder engine?

It does. There’s a high probability the 718 Cayman GT4 – a product of Porsche’s Motorsport department – will cling onto the sonorous old flat-six. But the GTS, essentially a very desirable trim level that sits atop ‘regular’ 718s, does not.

Why? If you go for the standard six-speed manual – as you should – its 310lb ft is exactly the same as before. The PDK auto gets a little more torque and goes a weeny bit quicker, but simply won’t be as fun, no matter how smooth it is.

What else does the GTS badge bring?

Mildly tweaked styling on the outside, with black detailing in place of chrome and a wider, restyled front grille, while you get 20in alloy wheels as standard. That’s up two inches on the base Cayman, and one inch on the Cayman S, though both have stylish 20s on the options list.

Many of their other options boxes have been ticked, too, and combined, they make the GTS’s entry price appear relatively good value. There’s Sport Chrono, a rear limited-slip differential, a sports exhaust, electronically adjustable suspension (which also sits a smidge lower than normal), sports seats and an Alcantara-wrapped steering wheel.

Mind, there’s loads you might expect as standard that isn’t, and it won’t take much effort for the price to keep rising. Ours was specced past £75,000 but still hadn’t completed every level of the configurator. If you're hungry for a cliche, that's pretty much 911 money.

Is the GTS more exciting?

It’s notably more intense than a regular 718. Bigger wheels and lower suspension make it ride more abruptly than standard, and the additional power, while modest on paper, provides a bigger rush when you find the space to use the upper reaches of second or third gear.

And space is what you’ll need; in a base 2.0 Cayman, you can use rather a lot of its throttle rather a lot of the time. You need to be more prudent here, such is the extra potency. The Cayman is relatively small and light, don’t forget, so a 70bhp rise over what the car is essentially designed for really makes itself known.

It also excites the rear tyres more easily, and opens up the chance to explore the Cayman’s chassis behaviour more of the time, particularly on uneven, oddly cambered and often damp British roads. The upper reaches of its performance may be harder to access, but a bit more power makes its grip limits a little easier to breach. In short, then, yes: it’s a more exciting car on a good piece of road. And still as wonderfully balanced as ever.

Your senses are strong. I’m a slightly partial voice in this argument, as I’ve been jammy enough to run Top Gear’s long-term 718 Cayman (full report on TopGear.com soon). It's the basic, 2.0 car. While there’s an intensity to the GTS that’s addictive, it also shows just how sweetly matched power and grip are in the cheapest Cayman. And, indeed, the cheapest Porsche. On the sort of tight, undulating back-road in which Britain specialises, progress in the GTS can prove a bit stunted where its £17k, 70bhp-lighter sibling would be flowing naturally.

Yet, presented with a winning lottery ticket and the Porsche configurator, I’d find it very hard (perhaps impossible) to resist ticking boxes for extra power where available. And with wide, smooth roads – or a circuit – on offer, the GTS walks it. But if you’re in a standard Cayman thinking of an upgrade when your finance deal is up, it’s worth trying the GTS on some well-known local roads before concluding it’s an automatic upgrade.

The GTS used to be an automatic upgrade…

Correct. It amplified all of the Cayman’s already fine qualities. But with the new-age 718 Cayman, some of its additions can feel a bit redundant; in my time in the car, the sports suspension and sports exhaust lights were rarely illuminated, as the whole thing felt and sounded a bit nicer without their extra aggression.

Don’t get me wrong, it’s still a fabulous car. The steering, gearshift and poise are the measure of any car you care to name, at any price. But the old six-cylinder Cayman GTS was as close to perfect as any sports car I’ve driven. The changes brought along by the 718 prefix have edged perfection a little further away.

A footnote, though, is to contemplate what lies ahead for the Cayman. Our long-term 2.0 has averaged 30mpg; around 2mpg better than you’d expect from the old six-cylinder. Downsizing to four cylinders was likely a move based on the old, slightly unrealistic mpg and CO2 tests, so will the move to real-world testing allow Porsche to switch back to sixes?

Or, more likely, are Porsche’s engineers working overtime to make its flat-fours a little easier to love? Either way, there’s the tantalising prospect of an older-school 718 Cayman GT4 to distract us in the meantime…