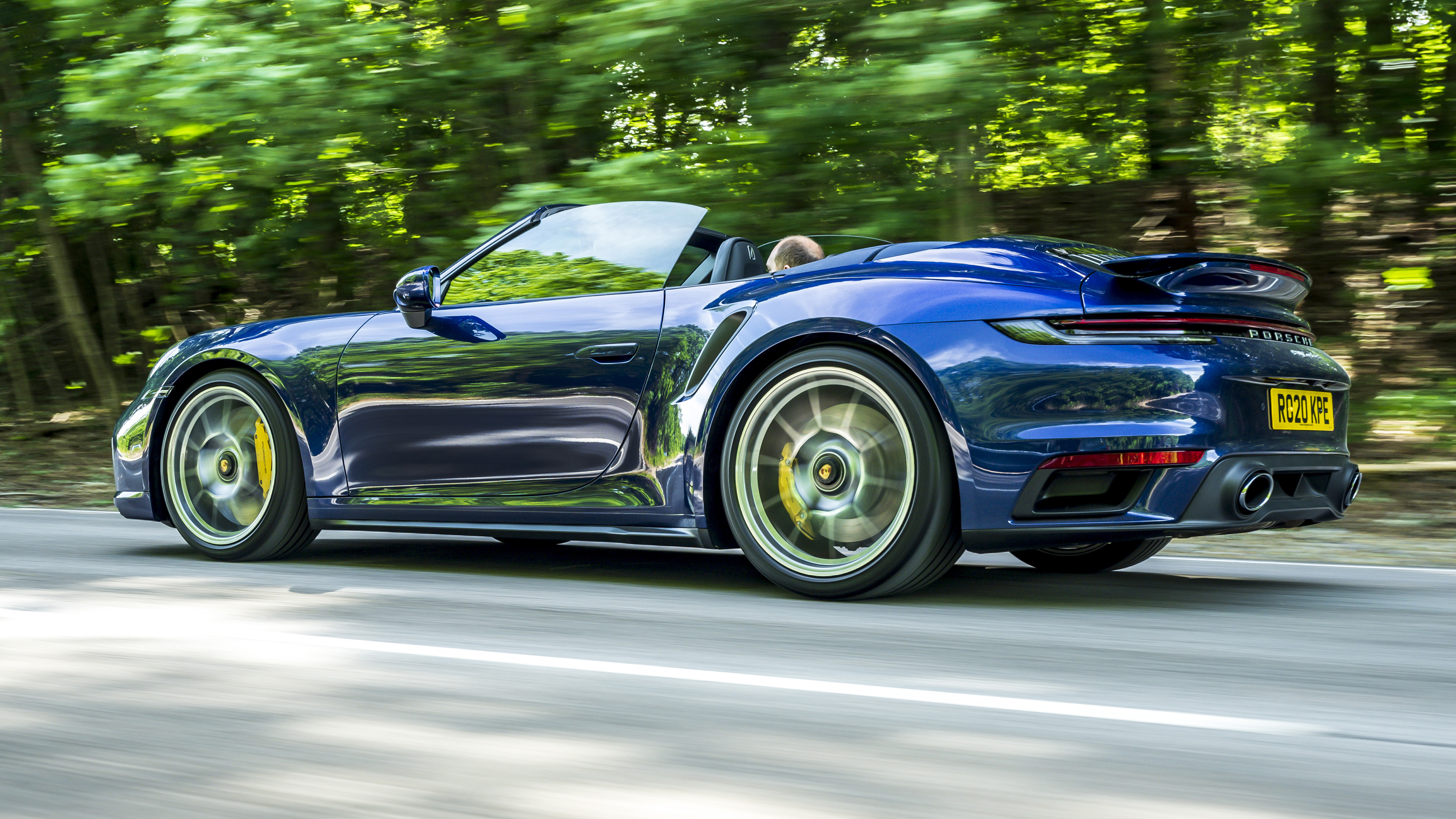 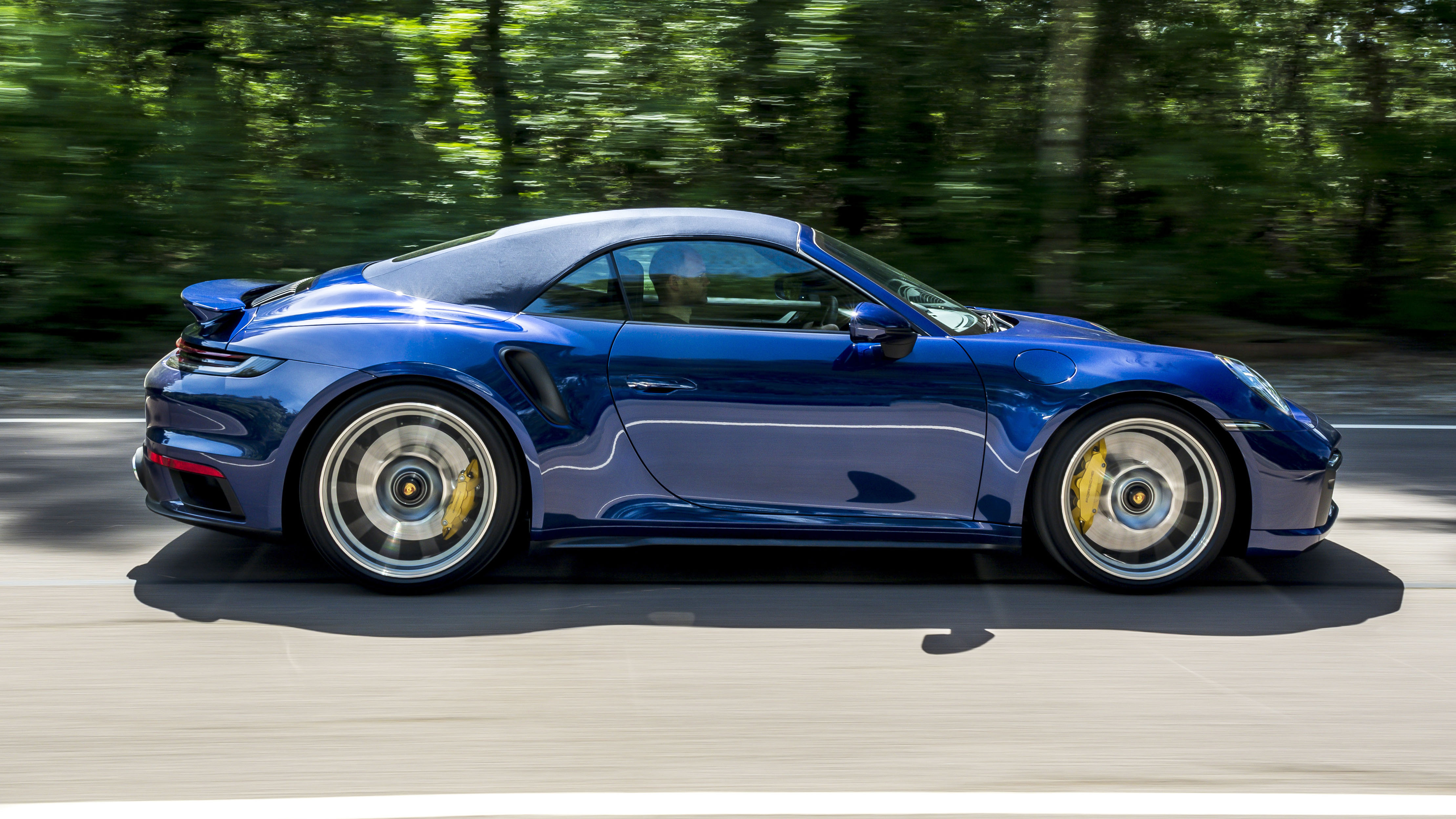 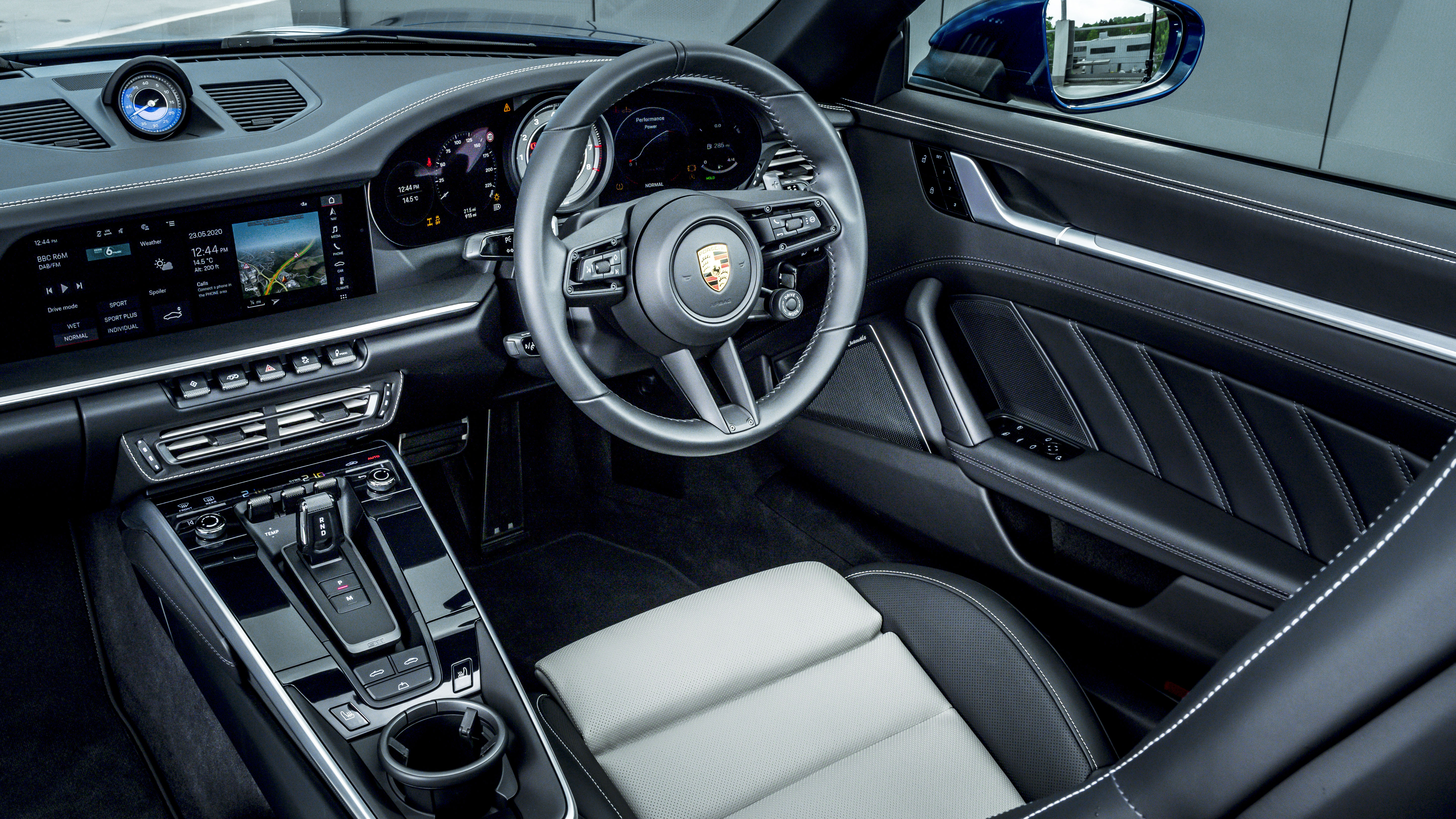 The 911 Turbo S Cabriolet, in the UK. But hasn’t it just started raining?

Well it is June. Fortunately, we got into the new car at the tail end of the hot weather, grateful for the fact that this first lockdown-easing drive involves a convertible roof. Porsche’s rules meant picking the car up from the company’s HQ just outside Reading, where it had just received the sort of deep clean that banishes all bug-like life-forms, including sub-atomic ones.

At the risk of sounding like a prissy purist, isn’t the 911 Turbo a car best enjoyed with a proper roof?

We’d tend to agree. The new Targa does the rug-ruffling cool thing, especially in its recently unveiled Heritage Design form, and you could make a case for the standard 911 soft-top.

But a 641bhp turbo with no roof? That’s the ultimate poser’s Porsche, the Beverly Hills plastic surgeon’s car, all the gear and no idea. But then we drove it, on some of Britain’s best roads.

Well here’s the thing. With this car, they can lull you into a sense of false security. You know about the 50-metre test, the idea that you can pretty much get the measure of a car within the first 50m? That’s true here, in the sense that this is a Porsche 911, so you sit quite low, you can see out in every direction much more effectively than in many equivalent supercars, it feels compact (if not quite as wieldy as earlier iterations), and all the control weights are nigh-on perfect. The 911, after all, is the definitive driving machine.

With no set route, I simply pointed the new Turbo Cab down the M4 and onto the A34. Its eight-speed PDK ’box shuffles imperceptibly into, erm, top gear, bumbles along on a negligible amount of revs, and despite having tyres the size of small planets, is almost limo quiet on a steady-state motorway cruise. It wasn’t until I saw the signs for Southampton that, initial acclimatisation complete, I properly buried the throttle pedal for the first time. At which point, well, words fail me. Apart from the naughty ones I can’t repeat here.

Can you try, please, otherwise this’ll be a short story.

Of course. TG’s latest print issue had the new 911 Turbo on the cover, with a bunch of turbo-related stories in support. History tells us that early adopters – in motorsport and on the road – had to cope with ferocious lag, which made the original mid-Seventies 911 Turbo, to give you one notable example, quite the beast. Forty-five years of progress has all but eliminated the scourge of lag, but the 930 Turbo’s 2020 successor still serves up so much thrust even on modest throttle loads it’s like surfing a rocket. Its ability to cover ground quickly is almost but not quite beyond belief. You are here. Then you are… there. The bit of tarmac in between is simply vaporised. In my experience, only the McLaren F1 and Bugattis Veyron and Chiron pull off the same trick. And one of those has a race-inspired V12, the others 32 cylinders and eight turbos between them.

But hasn’t that been a Turbo trait for at least the last two generations? Intergalactic acceleration yes, but rather clinically executed...

True. But this 992-era car somehow manages to stir a bit more emotion into the mix. It’s the difference between Arnie in the original Terminator film versus the joke-meister in T2: Judgment Day. Part of the experience is knowing that you are sitting in front of another piece of Weissach-created engineering magic. Full disclosure: the latest regular Carrera didn’t fully do it for me, itself now (twin) turbocharged in the modern idiom, a 3.0-litre flat-six making 450bhp. Wrangling the necessary efficiency out of it messed with its mojo a bit.

The new Turbo S engine is based on that unit, but it’s now 3745cc, has a wider bore, a new cooling system that feeds air via those pumped rear wheelarch intakes and two additional ones above the rear wing grille. There’s a new cooling system, symmetrical turbos with variable turbine geometry and electrically adjustable wastegate flaps, and piezo injectors: it’s more responsive, more powerful, torquier, more efficient, more everything.

More fun? Because no matter how fast the previous Turbo was, it was the GT3 that usually generated the big thrills.

Unquestionably. Having peeled off the A34 and into the south-west’s beautiful countryside, we traversed Hampshire, Sussex, Wiltshire and Berkshire, looping B-roads rising and falling and then flattening out towards Salisbury plain. The Turbo burbles unobtrusively through villages, its wider front and rear track (by 45mm and 10mm respectively), potent looking rear end and reworked front visual signifiers lost on all but the most well-informed.

When it’s safe to do so, third gear unleashes volcanic performance, and the sensation as you pass the 2,800rpm boost threshold and ride out the acceleration to the 7,000rpm red line is the sort of thing someone would make a fortune out of if they could bottle it. Now factor in what it’s like with the roof down: you can hear the turbos sucking, blowing and chumpfing, a sonic brew that alters in real time depending on what you’re doing with your right foot. What lag there is actually becomes part of the experience. The sense of thrust is amazing.

But is it all a bit sledgehammer smashing a nut?

I’ve driven every significant Porsche 911 there’s ever been, and this new Turbo won’t placate the diehards who hymn the lost art of steering feel. Nor does its tail do that signature 911 thing of hunkering down as you launch yourself out of a corner and then wonder what amount of bobbing nose understeer you’ll have to contend with on the exit. Those days are gone. No, it simply erases corners, like they’re not there. The front and rear end are in constant and crystal clear contact with each other, and the chassis firepower – all-wheel drive with a front axle that can handle 368 torques alone, active rear axle, all the high-end PASM, PDCC and PSM software – combines to deliver a car of unfathomable depths.

The front wheels are 20in shod in 255/35 Pirellis, the rears 21in wrapped in 315/50 rubber, and the immense mechanical grip is augmented by an enhanced set of aerodynamic aids: there’s an air brake, and the redesigned front and the new rear spoiler increase downforce by 15 per cent over the previous car. A rotary dial on the steering wheel moves through wet, normal, sport, sport plus and individal mode. In sport plus, the downforce on the rear wing is increased to 170kg. Braking, the oft-overlooked yet critical part of the equation, is by standard ceramic discs, 420mm at the front, grabbed by 10-piston calipers. The retardation is obviously immense, but there’s terrific feel too. The result is a car whose limits are so high, in all weather conditions and regardless of the road surface beneath, that is impossible to disrupt. If this suggests a certain thuggishness, that’s not the case, although it is true that other cars are more nuanced, will convey more detail about the road and its composition, that weigh less and move around a bit more, if that’s your bag. That it weighs an extra 69.8kg over the coupe is neither here nor there, although at 1.7 tonnes overall it’s no featherweight.

Still, few if any cars combine the Turbo’s unbelievable velocity with its sense of control and crushing capability: Ollie Marriage of this parish recorded a 0-60mph time of 2.5 seconds, 100mph in 5.6 in the coupe. These are extraordinary numbers.

Back to the convertible bit, now.

Well, you pays your money etc. And as it costs £165,127, we’re talking a chunk of change here (£10k more than the coupe). And our test car added some interesting extras. Some, like the adaptive cruise (£1203) and Lane Keep Assist (£749), are a waste of time. But we’d like the Sports exhaust (£2180), the Burmester audio (£2256), and even the air vents can be trimmed in leather (£1313). All up, this is a £178,414 car. Sheesh. The roof goes up or down in 12 seconds, and clever design ensures that there’s minimal turbulence at motorway speeds in the cockpit. A rear wind deflector tames the airflow inside at higher speeds. The body itself is rock solid, the whole thing feeling as meticulously well-engineered as you’d expect. We’d go so far as to say that the Cabriolet, even in Britain’s perpetually unpredictable climate, is the Turbo to go for. Simply because in a car that delivers an overwhelming sensory overload, the rush of air over your head adds yet another dimension.

Hmm. You liked it, then.

We’re in a world in which internal combustion is under threat, and it feels like the ‘traditional’ supercar might be about to run out of road. The new 911 Turbo S suggests that the end of days isn’t here just yet. It requires monumental self-discipline, and can do things only the very best fast cars before it managed to do. But it also morphs into a remarkably comfortable everyday car, complete with Porsche’s latest and impressive UX. It is completely uncompromised, and mesmerisingly good.