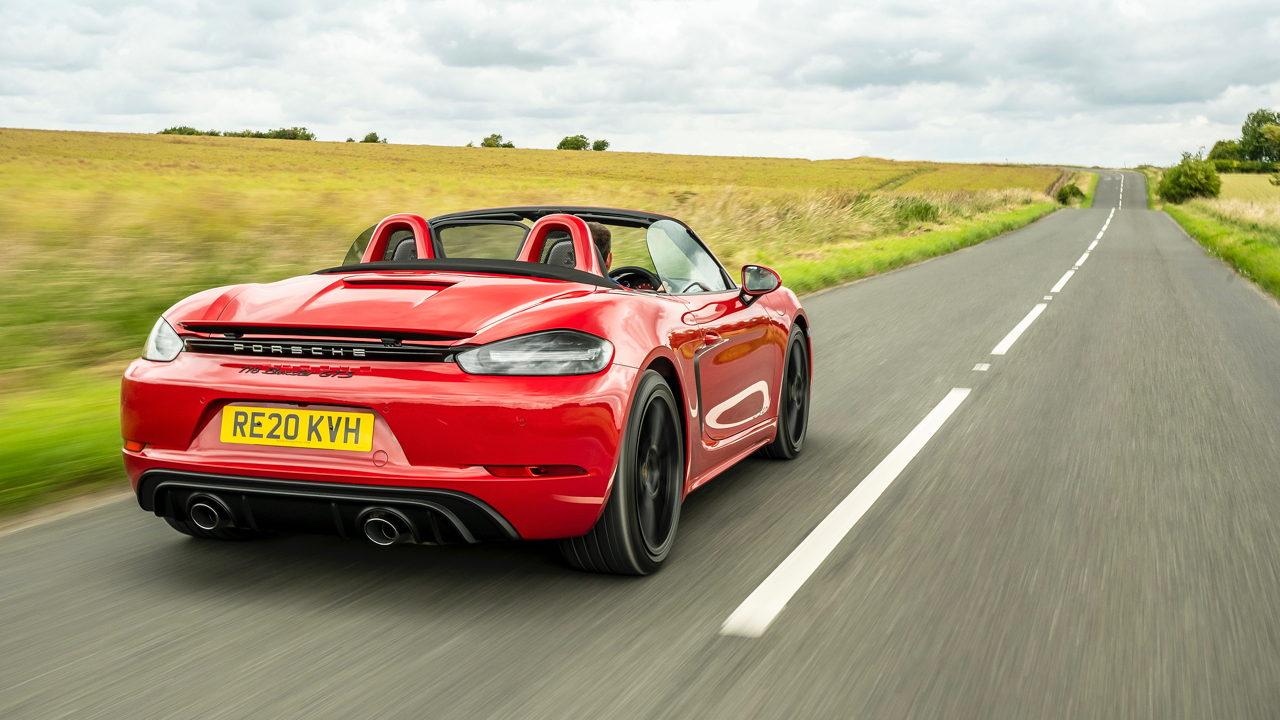 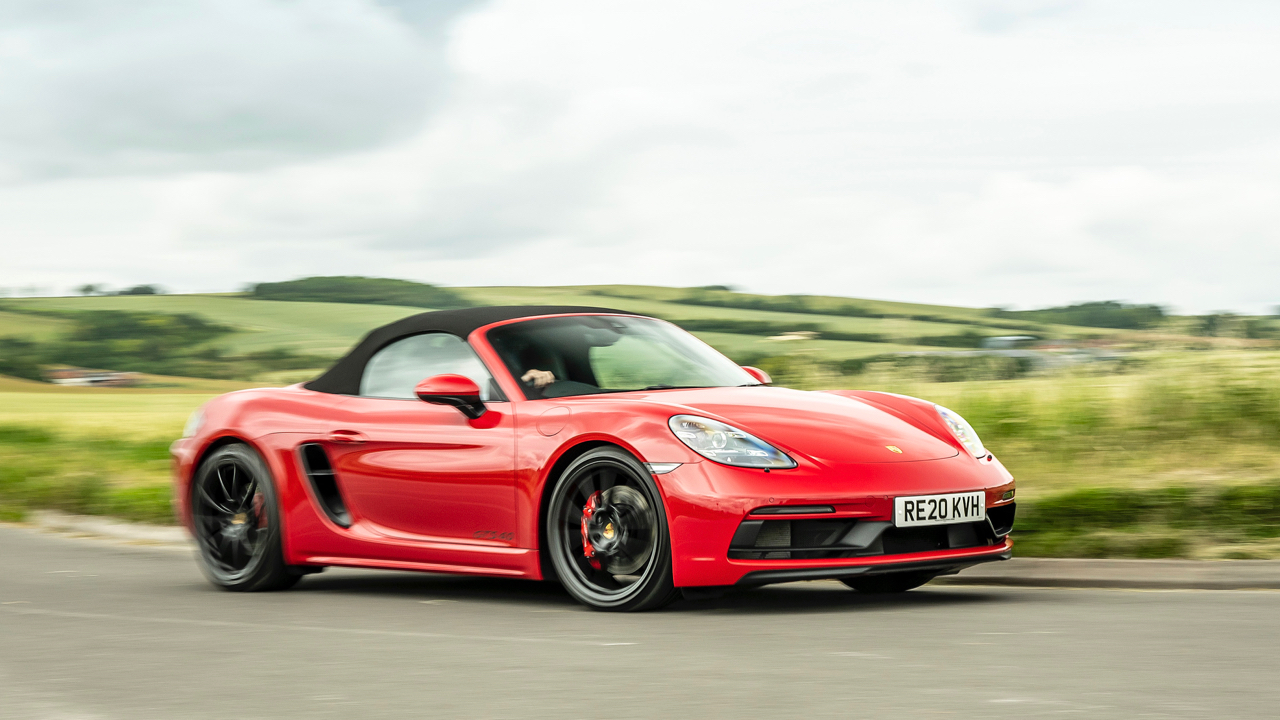 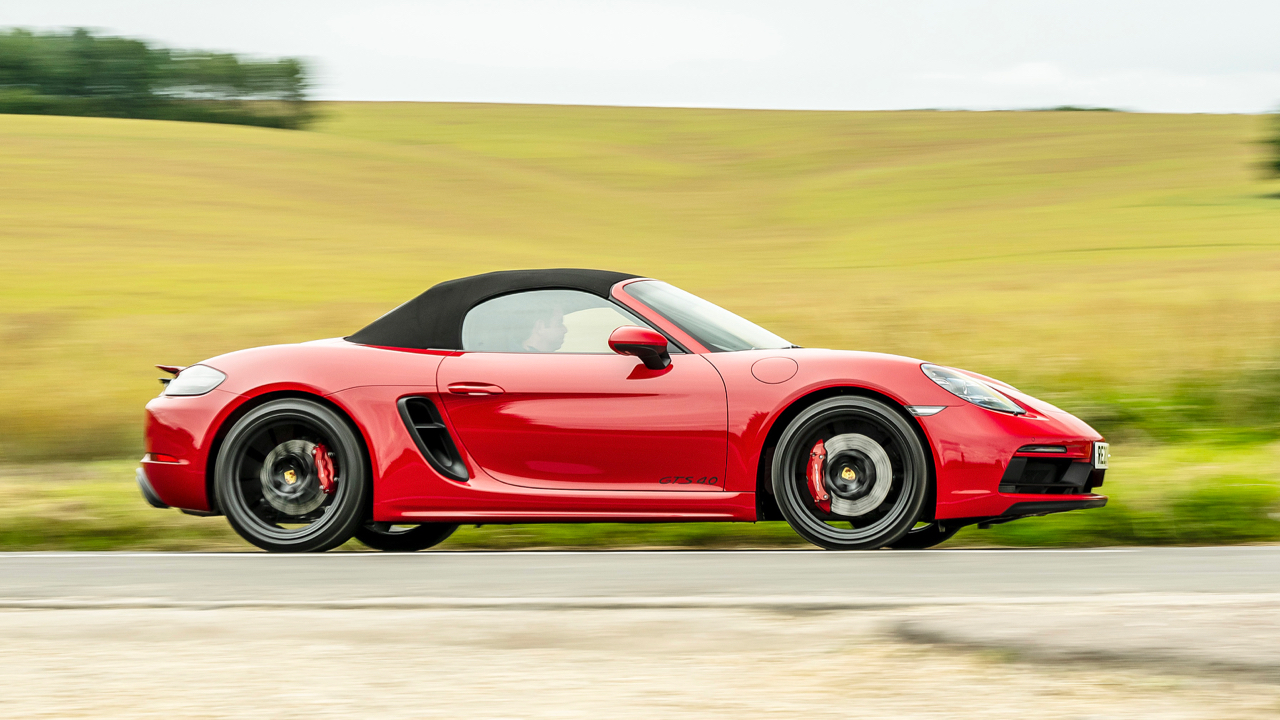 Driving perfection, am I right?

I haven’t, although Porsche might be willing I had… because it fundamentally undermines the rest of the car. So you’ve got this glorious flat six engine, the motor we’ve all been urging Porsche to shove back in the Boxster ever since we were exposed to the flaccid flat four, and all we want to do is use it, let it flex its capacity, feel it dig deep low down, surge through the mid-range and finally reach a howling crescendo. And then change up and do it all over again.

And sure, you can experience that. But only in one gear. And that gear is second. Actually no its not, that gear is first. I clearly never saw the top of second, since it’s at 85mph. Just digest that for a moment. Second runs to 85mph.

What on earth?! Why?

Porsche’s reasoning is as follows. For a manual gearbox, Porsche sees second as the overtaking gear, so it has to be long enough to deal with all A-road eventualities. The problem isn’t there with PDK, because the gearbox upshifts for you in an instant. Being caught mid-upshift in a manual when a car comes round the corner towards you could make things… nasty.

I know, it’s daft, when we all see third as the overtaking gear, but here in the GTS third is the everything gear. It’ll pull away from standstill and still be pulling beyond 115mph. I worked that out with maths – it pulls 4,000rpm at 60mph, and revs through to 7,800rpm.

But again, think about that. There you are in third, at the national speed limit, and the engine hasn’t even properly got into its stride. You want to be using the third/fourth plane on all your great local roads, but if you want to have the engine singing, you’ve got to deal with a dogleg. It’s plain irritating. But more than that it makes the car feel more sluggish than it should. This nat asp GTS, which replaces the outgoing turbo’d 2.5 four cylinder, should be snappy and alert but the most vivacious bit of the rev band is more difficult to visit in the gear you want to be in than it should be.

How’s the shift though?

A delight, really. Nice stubby lever, lovely oily mechanism. Blips the downshifts for you in Sport and Sport Plus, which makes the haul back into second as painless as possible. Every control has this same slick movement and careful weighting. The steering is so smooth you feel as if you’re pouring the car into a corner, and the suspension is equally dextrous.

If I’ve got a criticism it’s that there’s no edge to get hold of, the car is so focussed on being Peter Perfect that there’s not much for your senses to snag on. Except the noise. But you’re at 3,000rpm remember, not double that, so it’s not that exciting. Everything it does is so rounded that you come away from it feeling that you haven’t quite got to grips with it. Maybe it’s because the GTS isn’t quite the car I was expecting.

What were you expecting?

Something that celebrated the engine a bit more. Something more focussed on the driver and a bit more hardcore. But that’s the Boxster T, I guess. This weighs 1,405kg but feels heavier, more substantial, more set up to be the ultimate everyday Boxster – easy to live, lovely to listen to, a richly satisfying roadster. Cracking car to go out in for a mellow evening potter with your partner. But then it costs £66,340, near enough twenty grand more than a base version and once you’ve optioned in the niceties, you’ve added another ten large and are set in for the best part of £1,000 a month. It’s not exactly affordable.

Would you have – I hate to even say it – the PDK instead?

No. But I wouldn’t castigate anyone who did. I’d understand. But no, the actual action of changing gear is one I’d still savour and enjoy, and due to the GTS’s relaxed nature, you don’t feel compelled to mash it around the gate as fast as possible. Unhurried and precise suits it well.

We’ve criticised other manual Porsches for their gearing, most notably the Cayman GT4. Aftermarket companies such as Sharkwerks must love it – it’s not a cheap fix, putting in a shorter final drive – but here I’m not sure that would be the right answer. The Boxster GTS doesn’t share the GT4’s demeanour. The engine is calmer here, the experience more languid. I honestly don’t think that in most driving it’s any quicker than a base turbo Boxster, just that the experience is more rewarding. It claims 0-62mph in 4.5secs, so a DSG’d Golf R would keep it in sight, even if it ran out of ideas while the Boxster ran on to 182mph. Probably in fourth.

I’m glad you asked, because here’s another car that makes a fallacy of the whole ‘we’ve gone turbo because it’s better for emissions’ line. Only on a WLTP dyno, sunshine. This, with a naturally aspirated 4.0-litre mellifluously chuntering away behind my back, would hit 33mpg with no effort at all, averaged 29.5mpg over 400 miles and even when I did, ahem, take the gearlever above second, never returned less than 21mpg – a figure my daily driver, an Audi RS6, struggles to hit on a steady cruise.

How is cruising in it?

There’s inevitably a bit of wind and road noise through the fabric roof, but you only really notice that because the rest if the car is so imperturbable. It never gets flustered, instead seeming to smother rough roads.

If you’ve been inside a new 911 you might be disappointed by the GTS’ cabin design, as it’s definitely half a generation behind, but if you haven’t you won’t find much to complain about. The quality of the materials, the driving position, the space on offer (270 litres of boot space split fore/aft), it all adds up to a very usable and pleasing roadster. A car that would be lovely to live with for the long term.

Pick of the Boxster range then?

Who’s to say? I’d have it because the gearing here offends me less than the turbocharged engine in other Boxsters. But still, it’s a slightly missed opportunity – a lovely way of getting about, but not the incisive, snarling machine I’d hoped/assumed it would be. Instead it’s a Boxster for grown ups.