£121,550 when new
Read why you can trust our independent reviews 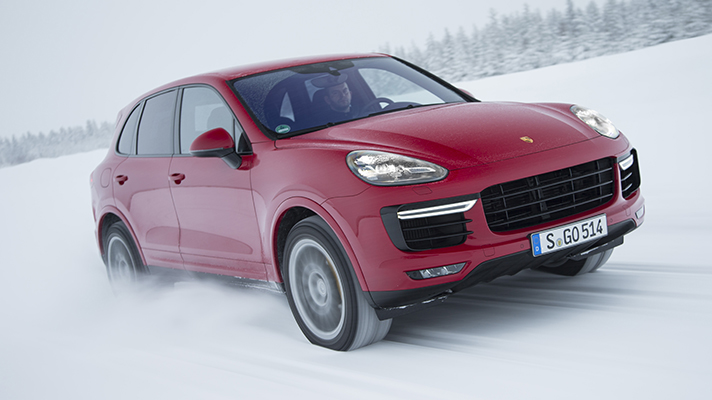 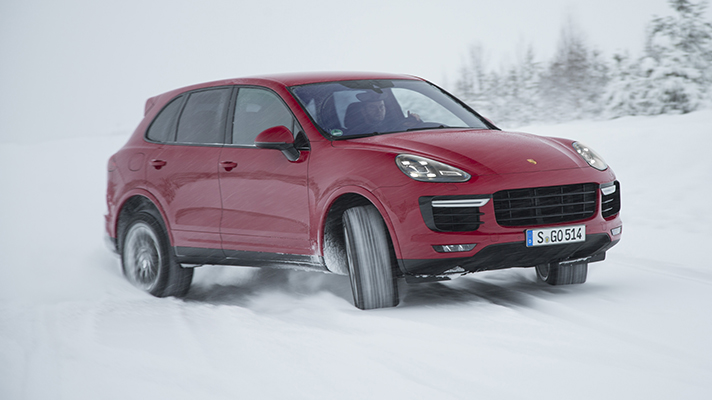 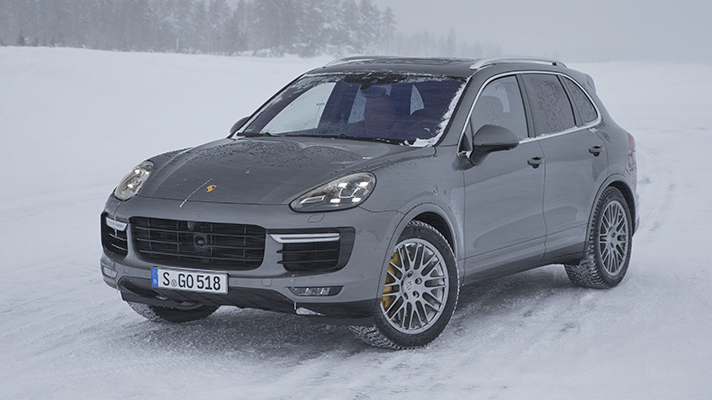 Another Porsche Cayenne review. Which one's this?

If you like ultimates - most powerful, quickest accelerating, fastest outright - then this is the Porsche Cayenne for you. It's the facelifted Turbo S: spot the new LED front lights, slimmer rear lights and 918-style steering wheel inside.

But the real upgrade is in the power department. Because now the 918 Spyder is officially, deservedly sold out, this five-seat 4x4 is the brawniest Porsche money can buy.

Nope. The GT3? A piffling 453bhp. The 911 Turbo S? Only 552bhp. Meanwhile, the Cayenne Turbo S offers a sensationally silly 562bhp from its 4.8-litre, twin-turbocharged V8. That's up 20bhp on the old Cayenne Turbo S, and 50bhp above the insatiably fast Cayenne Turbo. Less is more? Yeah, Porsche hasn't really heard of that...

I imagine the performance figures are suitably ridiculous?

Even for a Porsche, the Cayenne's vital stats are something special. It's shaved four-tenths of a second from an already ballistic 0-62mph sprint, which now resides at a BMW i8-shaming 4.1 seconds.

In reality, it's probably a sub four-second car - it certainly feels that brisk, and Porsche's timing figures always hold plenty in reserve.

Top speed? Up a fraction at 176mph. Fact is, sports cars like the Aston Martin V8 Vantage or Audi's R8 would be left embarrassed in a straight-line battle with the mightiest of Cayennes.

They'd hear it though. When the Turbo S is idling, there's a bassy chunter than invades the nearby atmosphere with a vibration you feel more than hear. Menace? Presence? It's here it spades.

Blip the throttle and the car rocks on its shocks. Oddly, at higher revs, the noise doesn't crescendo - it's nowhere near as characterful to listen to, for example, as Land Rover's burbly 5.0-litre V8.

Can it go round corners?

Difficult to say. Cayennes have a habit of hiding their prodigious weight and size freakishly well, and attacking a twisty road like a demented high-rise Golf R. The Turbo S should offer more of the same - it gets Sport Chrono, active all-wheel drive, Porsche's dynamic chassis control anti-roll gadget and torque-vectoring all thrown in as standard (and so it blooming well should, for £118,455).

Thing is, like with the similarly teched-up Audi RS3 a couple of weeks ago, our first taste of the car came on snowy Swedish roads and a handling course carved out by a snowplough. All slidey fun, but not much help in trying to detect just where the limits of a 2200kg 4x4 with more power than an Audi R8 V10 actually lie.

Here's what we learned. The new Cayenne GTS (launched simultaneously with V6 power) is 200kg lighter, feels more agile, and has sharper throttle response. As such, it's the easier car to get the power down in, and to hold hundred-yard powerslides in. Useful consumer advice, eh?

How much did you say it costs?

Nigh-on £120,000. On any rational level, that's a daft number, especially when a Cayenne S Diesel makes so much more sense in Europe. At £50,000 more than the already dubious GTS, and £25k up on a Turbo, words used to sum up the Turbo S do not include ‘value' and ‘good' in the same sentence.

But if less was more, Porsche would only sell Boxsters, and there'd be no need for the 911 GT3 and 911 Turbo. Fact is, the Turbo S is the world's ultimate super-4x4 by quite a margin. For a select few, nothing less will do.

Bentley Bentayga and Lamborghini Urus? Do your worst.