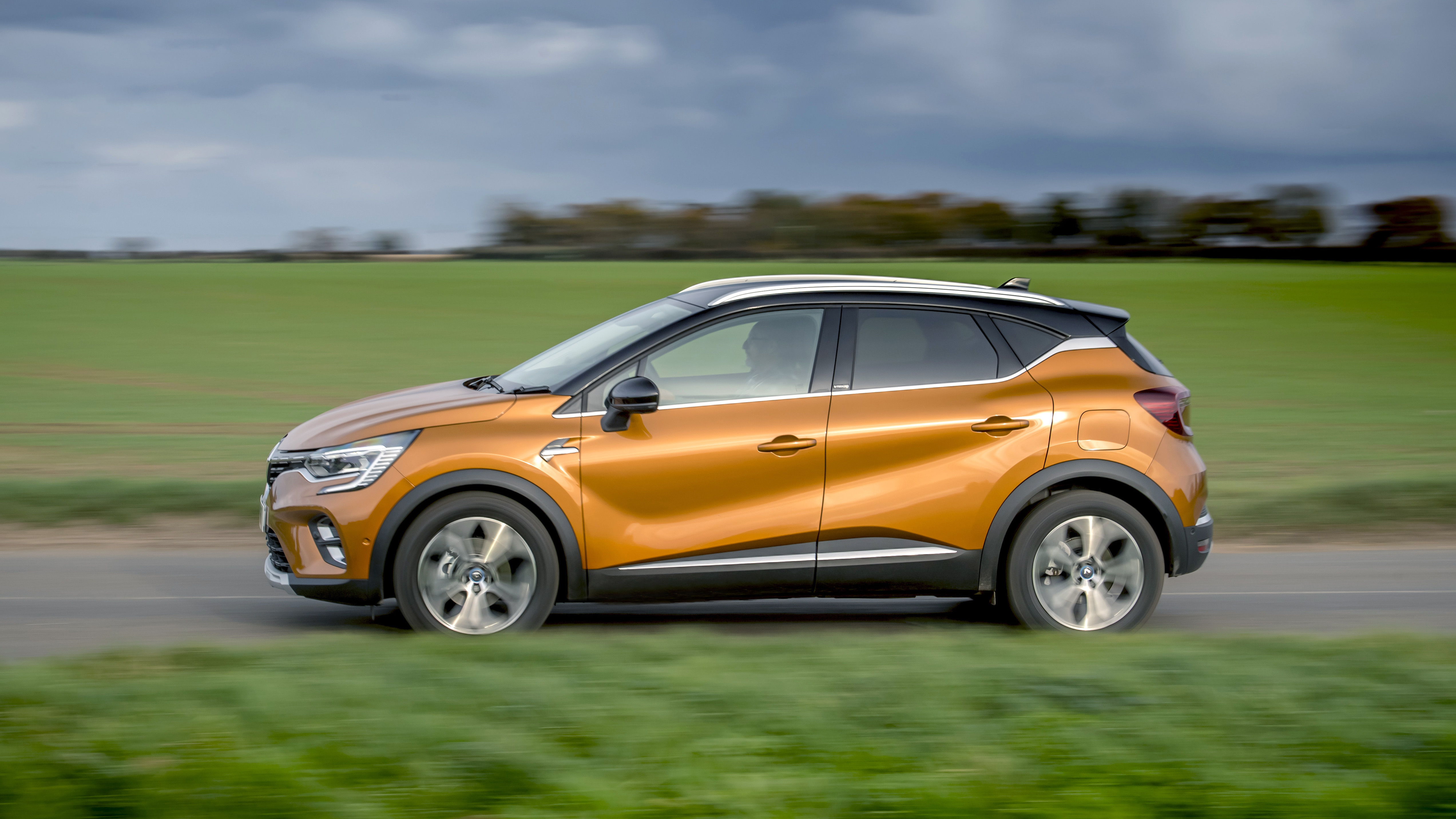 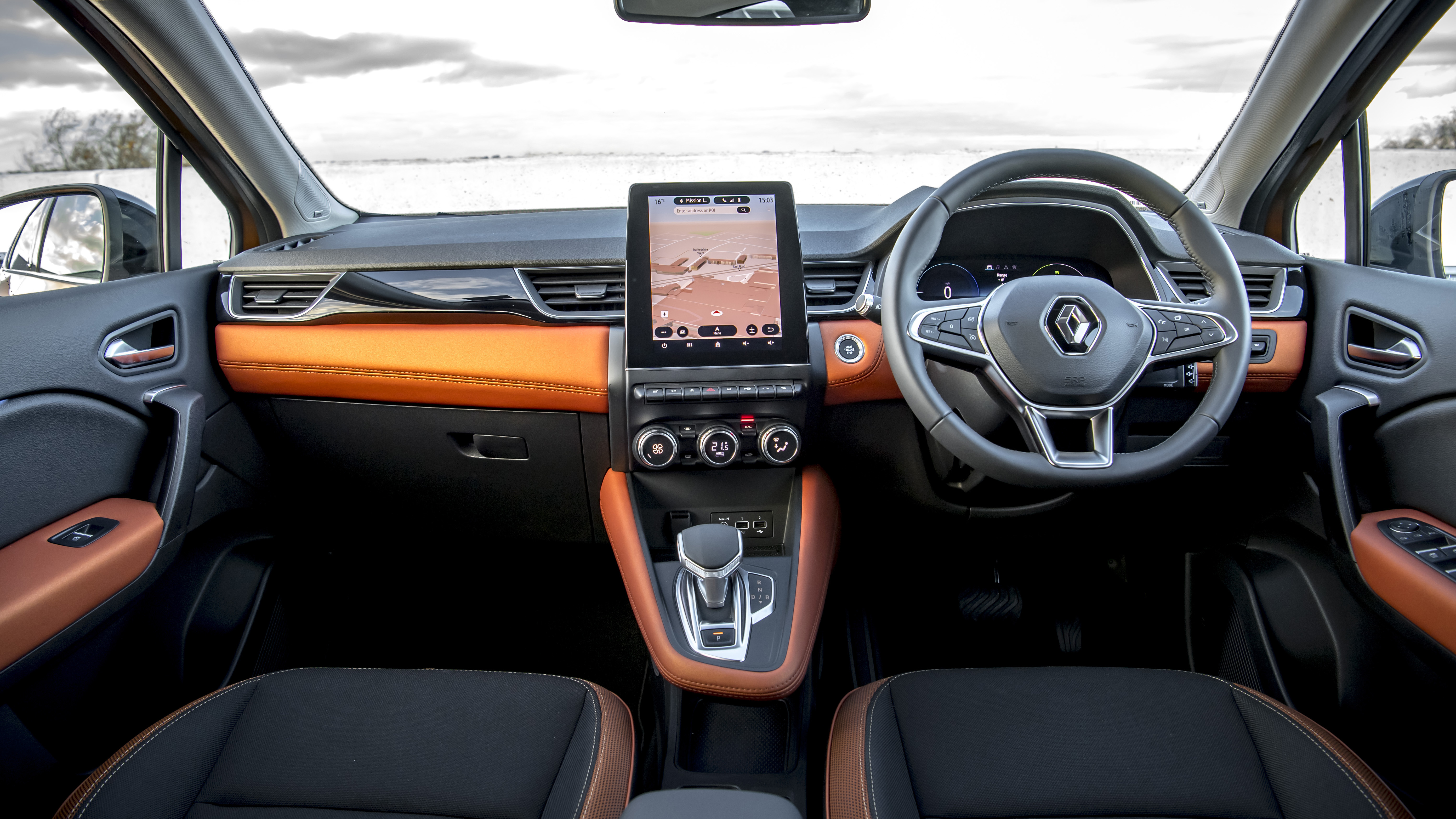 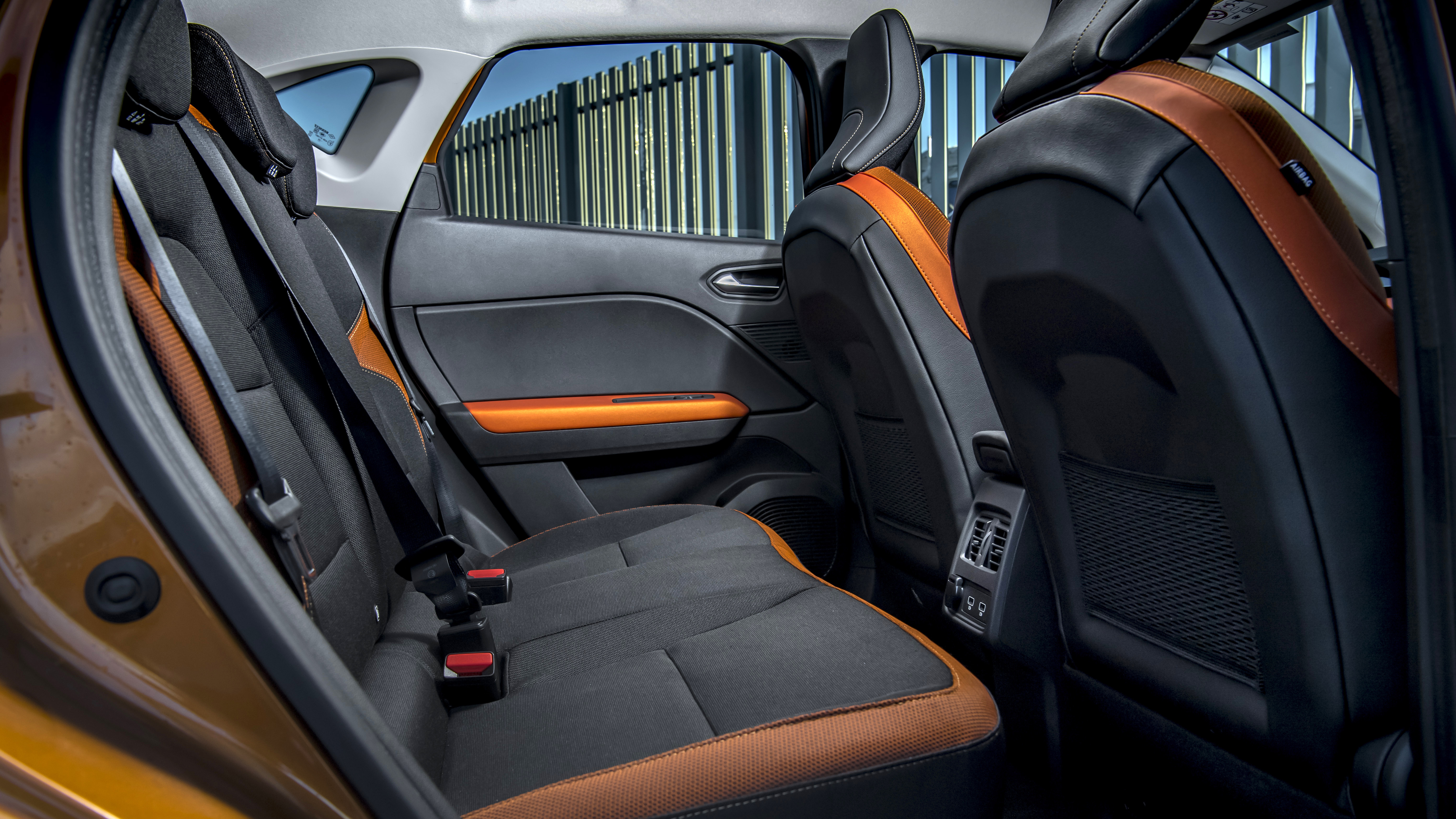 Look away now if you’re the proud owner of a Mk1 Captur. This cabin knocks the old car’s into a cocked hat. Let’s start with the seats: they’re superb. Volvo-esque in design, high-quality in fabric and supremely comfortable. The own goal is the adjustment lever on the non-electric versions isn’t really operable by anyone who can’t fit their hand into a Pringles tube, which rules out most adults.

The car in the pictures has the 9.3-inch infotainment touchscreen, found on higher level S Edition and R.S. Line trims. Most Capturs will rock a 7.0-inch version of the same interface. The cabin centrepiece stands tall and proud, angled slightly towards the driver. It looks fab, but the navigation renders jerkily, like an early arcade game map, so in those crucial ‘which exit do I need’ moments, the nav is liable to infuriating hesitations. You’ll be using CarPlay or Android Auto anyway, we’d wager.

The menus and shortcut keys aren’t particularly logical, and while Renault has sidestepped Peugeot-Citroen’s usual faux-pas of hiding heater controls in the touchscreen, everything else is indeed buried in the wannabe iPad, and it’s not on pace with what Korean or German rivals offer. Pretty graphics are all very well, but a much faster processor and a rationalised layout is needed. Like we say, at least there’s CarPlay to override it all.

And what of ‘materials’?

The general material quality has skyrocketed. The lower plastics are hard, predictably, but there’s curious soft-touch squidge fronting the dash that, if we’re being unkind, feels a tad ‘retirement home liquid-repellent chair’ but looks way more visually pleasing than the austere Germans are lining their cabins with in this class. The steering wheel and gear lever feel more substantial in the hands.

Satisfied with how it feels well-screwed together, you’ll explore the storage on offer. Renault’s very pleased with the 27 litres of stowage in the cabin – the best in class, it trumpets. And indeed, the door bins are decent, and if you have the automatic version, the ‘floating’ centre console opens up more space where the gear linkage doesn’t have to go.

The catch is the glovebox. On the left-hand drive Capturs, there’s an enormous drawer of storage. Truly, it’s like a filing cabinet, big enough not just for gloves but for Sir Ranulph Fiennes’ winter wardrobe. The usual French right-hand drive conversion sloppiness strikes, though. For Brits, the glovebox is smaller, because Renault has put a fusebox in the way.

Is there enough room elsewhere?

Whichever side the steering wheel is on, you’ll not be short of space, save for up front where the shape of the transmission tunnel seems to invade legroom just a tad – the footwells seem narrow to the lanky. In the back, there’s enough room for adults. But there should be, as the new Captur is 19mm wider, 11mm longer and 17mm taller than before. This mission creep is great for brochure boasts like an extra 15mm of elbow room between the front seats, but the constant swell of even small cars isn’t making lives in our congested towns any easier. This isn’t a hatchet-job on Renault – the whole industry is guilty.

Oh, and one additional word of warning – while the petrol cars have up to 422 litres of seats-up luggage capacity, the PHEV has to make do with 379 litres, due to its battery (which also means it tips the scales at 1,564kg, making it almost 400kg heavier than the lightest petrol). Fortunately, the rear bench slides forwards and back to help maximise the room on offer. Handy if you’re buying this for one or two people to use and the back seats won’t always be occupied.