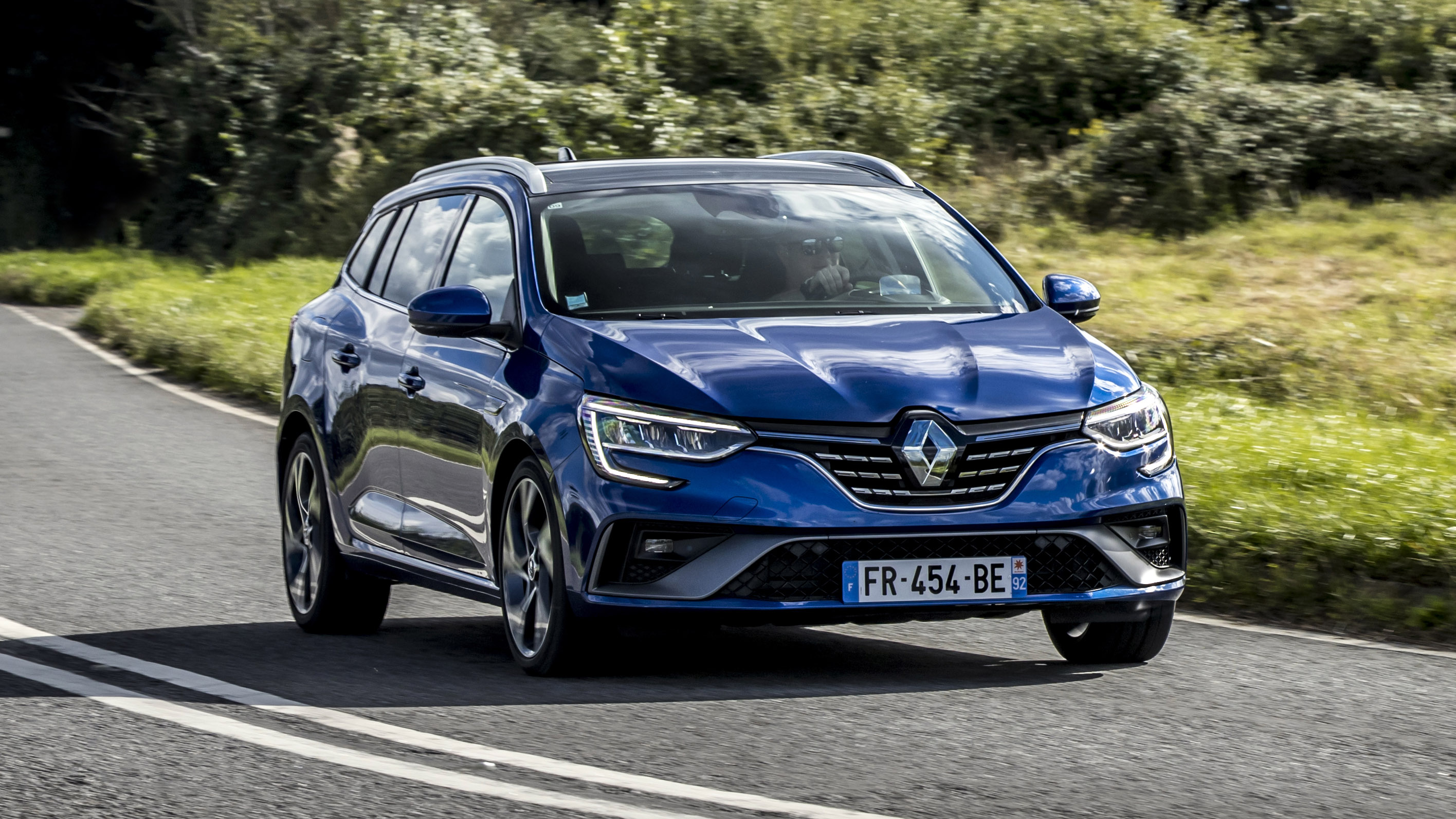 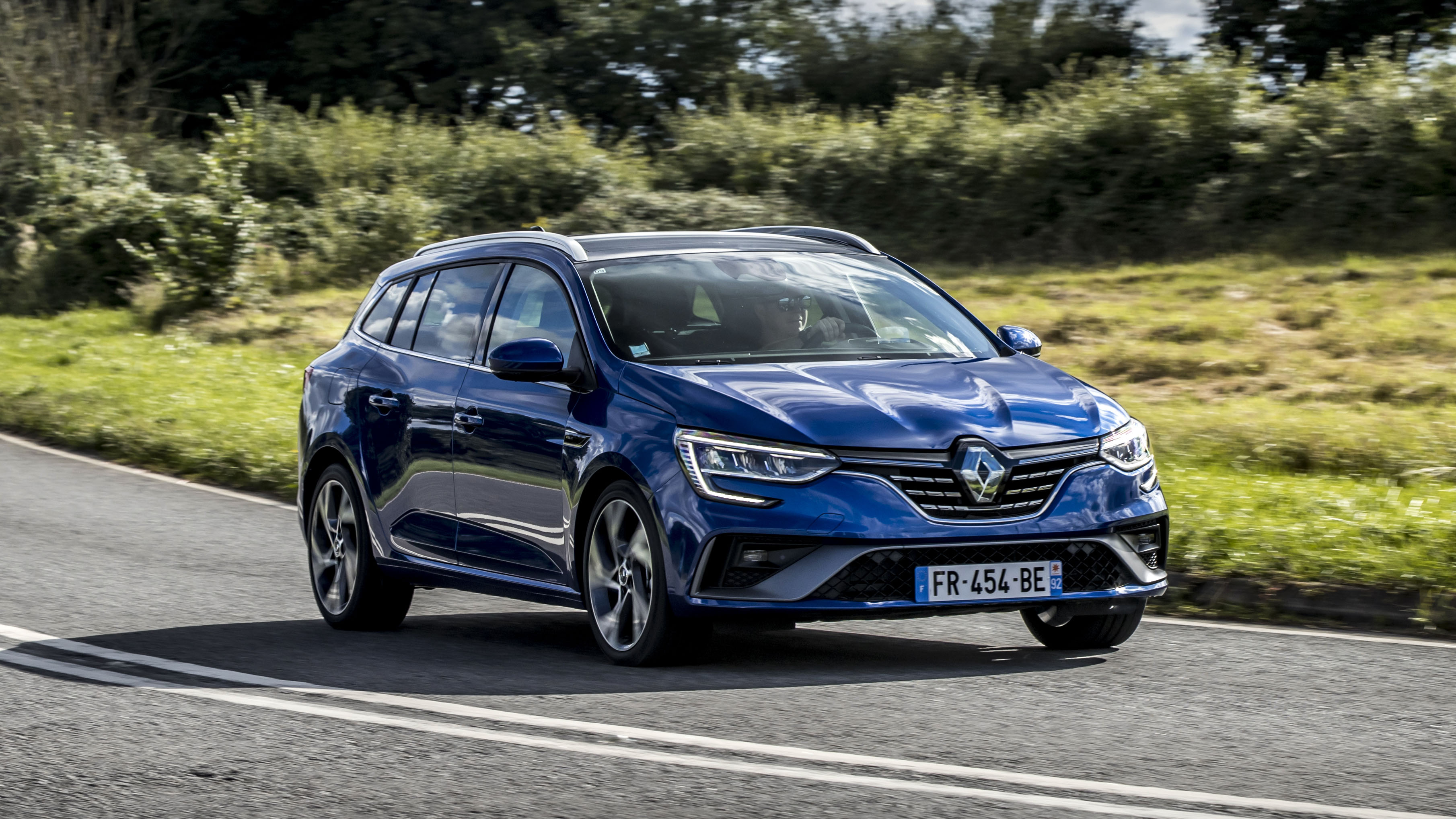 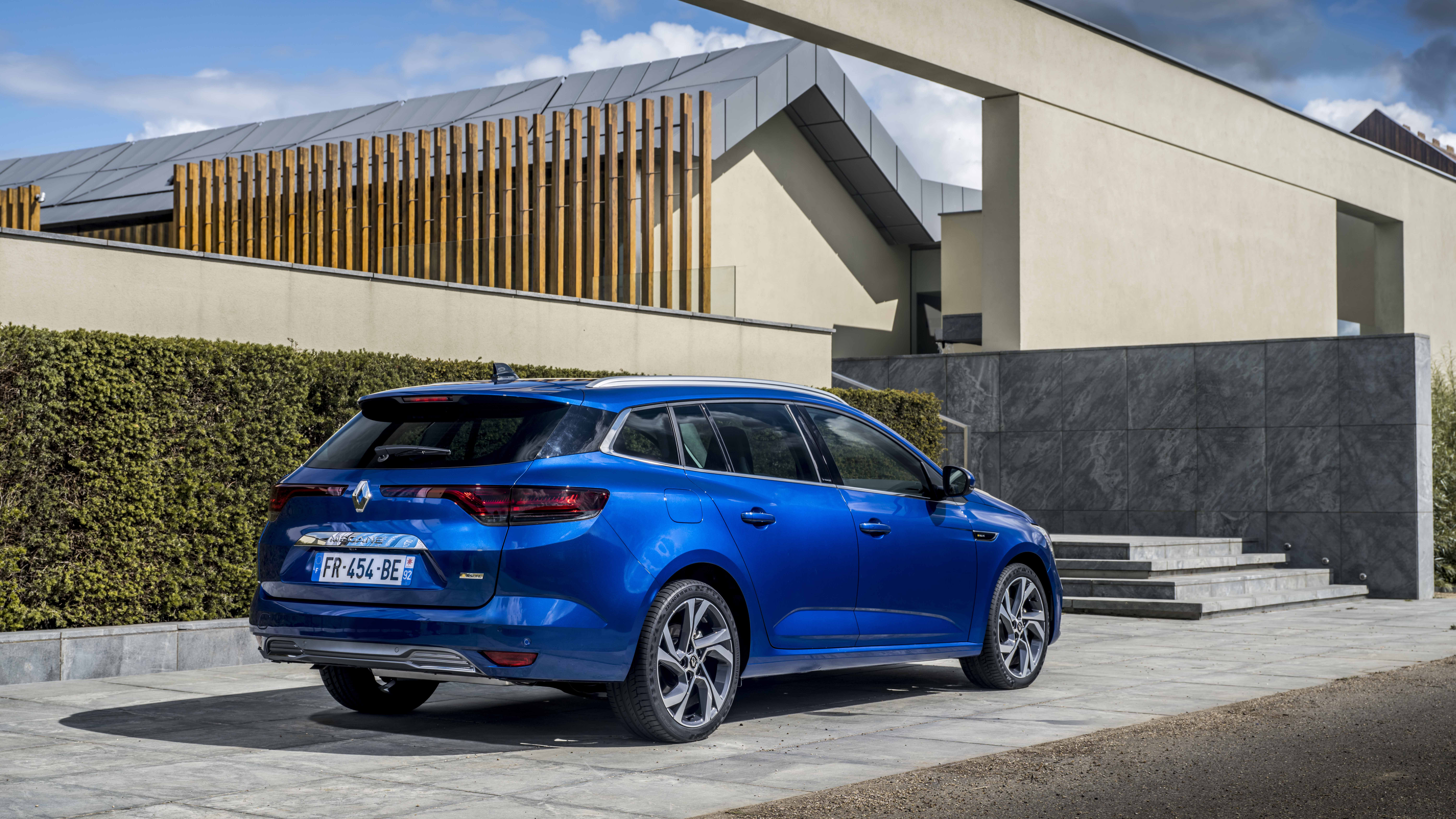 Ah, isn’t this the first chance you’ve had to drive the new Megane?

Correct. This is still technically the fourth-gen French hatch, but Renault has given it fresh new LED headlights, new interior screens with Apple CarPlay and Android Auto as standard, and even brand-new door handle lighting. Oooh, get them.

In other words, it’s pretty standard facelift fare. Unusually, though, Renault’s given us the estate-bodied Sport Tourer to play with first. Looks good doesn’t it? Especially in top-spec R.S. Line trim as seen here.

The larger of the electric motors drives the front wheels on its own from a standstill (and up to 84mph in ‘Pure’ mode), whilst the smaller motor is used to start up the ICE and to match the engine’s speed with road speed, making for a smooth gearchange with no clutch. Renault says the lack of a clutch and other hardware will make this the cheapest full-hybrid system on the market. There’s not even a reverse gear since that’s dealt with by electricity too.

What does that mean stat wise for the Megane?

Hold tight. The Megane E-Tech’s propulsion systems combine for 160bhp and 275lb ft of torque, making for a respectable 0-62mph time of 9.8 seconds.

Plus, unlike in the smaller Clio and much like in the Captur crossover, the Megane gets a 9.8kWh lithium-ion battery that makes it a plug-in hybrid and means an all-electric range of up to 30 miles is possible.

And how does it all feel?

Well, it’s all very impressive. Gearchanges are smooth and there’s far less of a rubber band rev effect than you’d get with a CVT-equipped hybrid system. The engine speed will generally match road speed pretty well and only sounds a little strange as it keeps spinning just a second longer than you’d expect after lifting off.

Drain the battery and you’ll also get a slightly different noise as the four-cylinder ICE transforms into a generator – sending its power directly to the battery to ensure you’ve got enough charge to always start the car in EV only mode. It’s nothing to be alarmed about though, and listening to the drivetrain to work out what it's doing at which point in time becomes an interesting way to pass the time.

There are three drive modes – the aforementioned ‘Pure’ as well as Sport (does what it says on the tin) and MySense which optimises for efficiency in hybrid driving. The steering is well weighted too, and there’s a linear feel to the brake pedal despite its regenerative properties.

All-in-all you can sense that this hybrid system is an extremely clever one, even if it’s meant to be a cheaper alternative, and it being made obvious really isn’t an issue. Renault should shout about it and make a feature of it.

What are the efficiency claims?

They’re really rather good is what they are. In Sport Tourer form Renault claims this Megane manages 217.2mpg on the WLTP test and emits only 30g/km of CO2. That’s impressive for something with a 0-60mph time in single figures, and although it might not appreciate completely on-the-edge driving, the Megane retains most of that efficiency even if you get excited with your right foot.

Anything else we should know?

Well, Renault says it wants to democratise hybrid power with its E-Tech systems. That means on the Clio and the Captur you’ll be able to buy the powertrain no matter what trim level you can afford.

On the Megane, though, the only options are Iconic or R.S. Line. All get a hefty 447-litre boot in Sport Tourer form and come with a suite of standard safety systems. There’s lane-departure warning, traffic sign recognition and automatic high and low beam, while R.S. Lines also include an Active Emergency Braking System as standard. Iconics start at £30,685.

Oh, and you’ll get a free wallbox charger for your house, courtesy of BP Chargemaster. Nice.