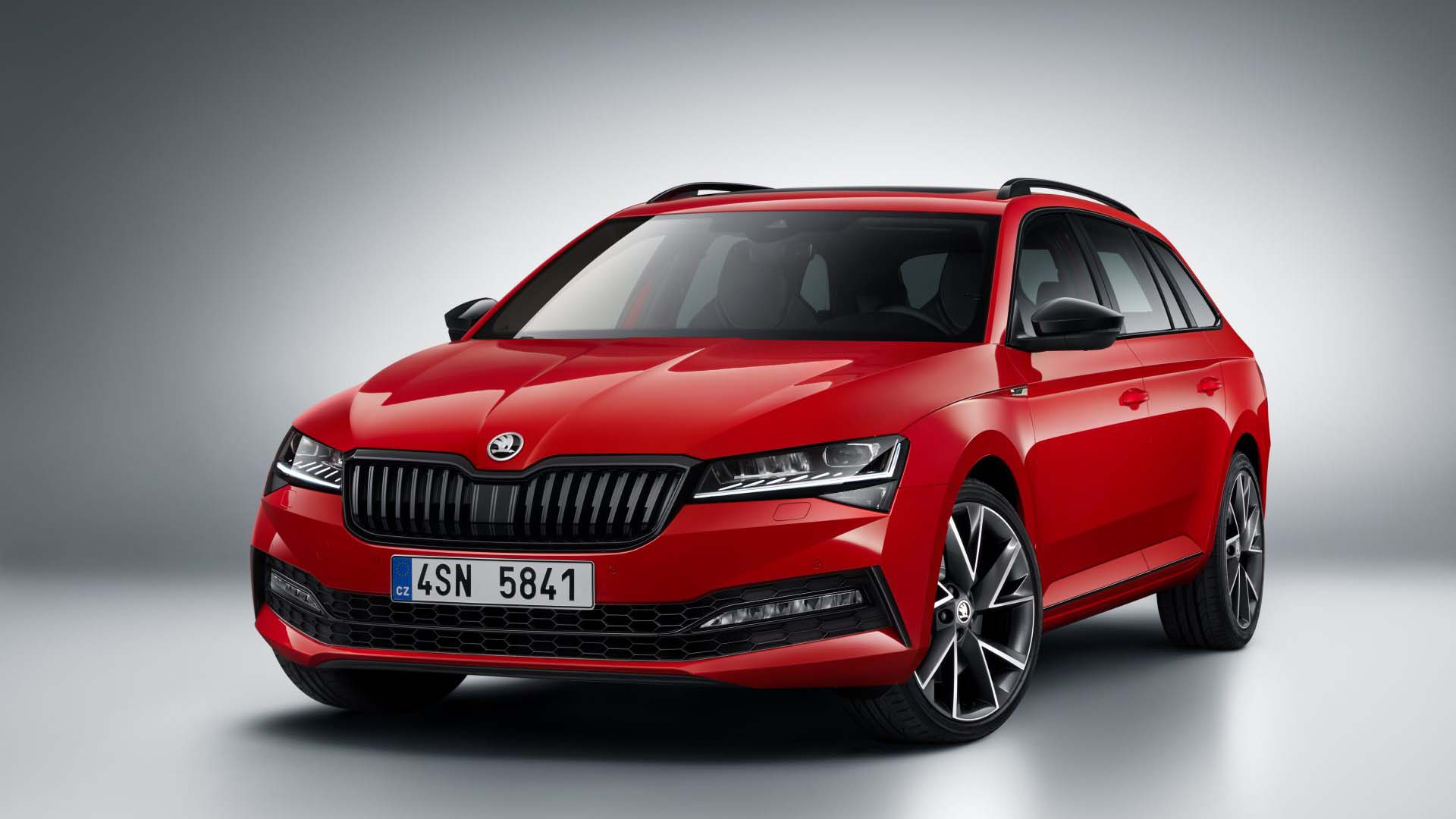 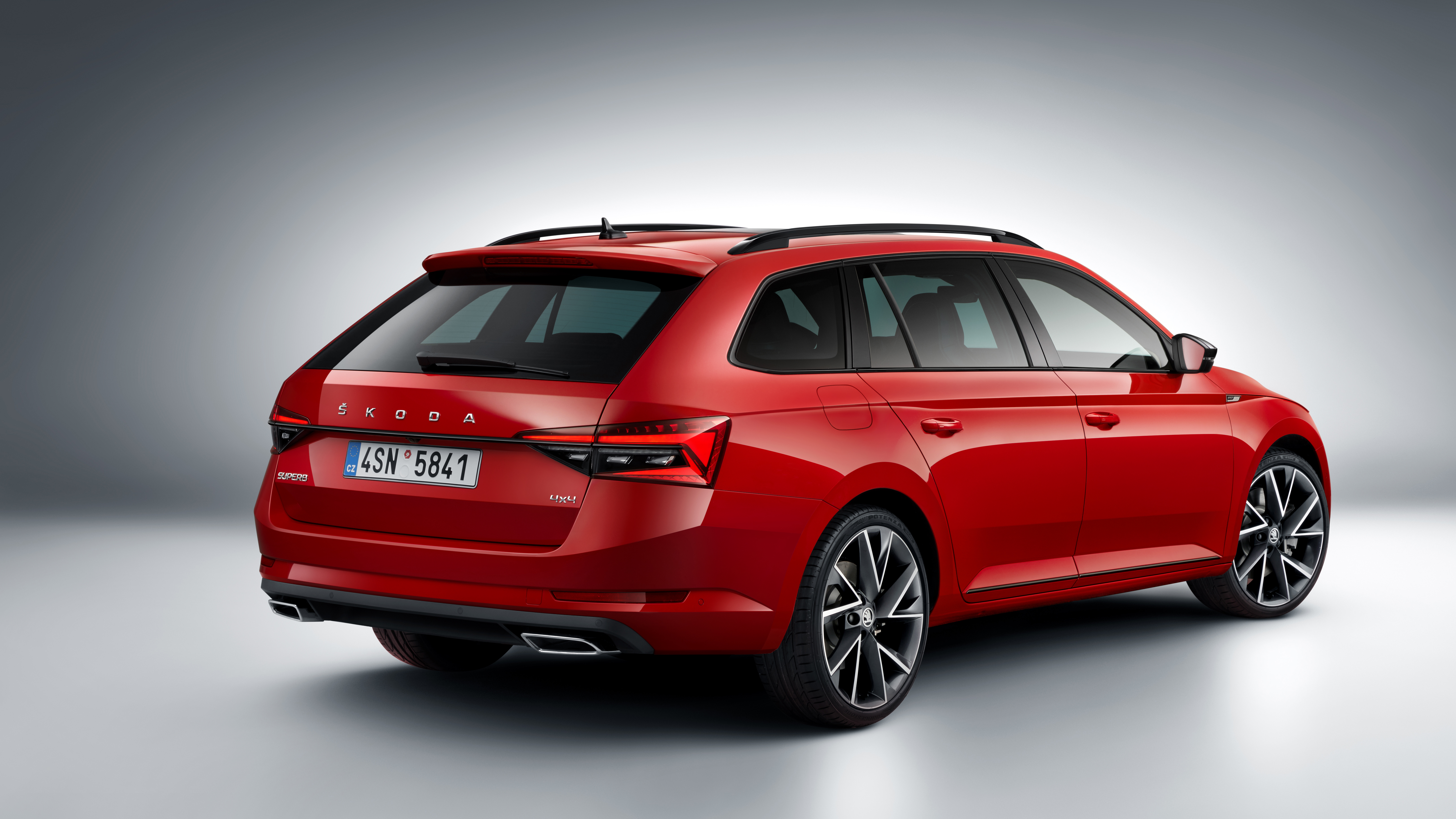 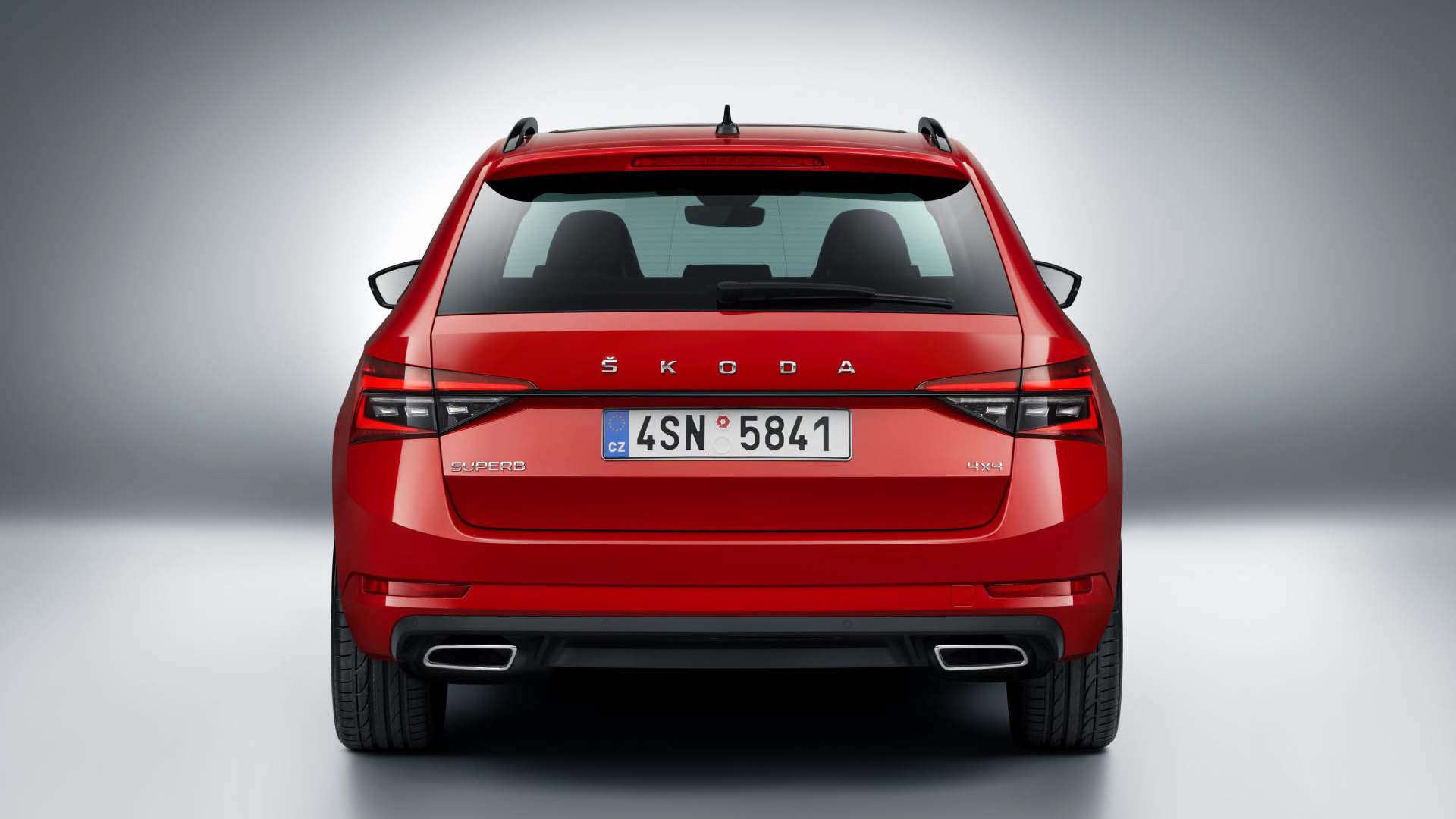 Someone need a lift to an airport?

Not in this Skoda Superb. That’s what the diesel is for, sure – a Heathrow shuttle. But this is not the worthy 2.0 TDI – it’s the quick petrol one. All 270bhp of it.

A Superb vRS? At last!

It’s not badged vRS, but thanks to a Sportline bodykit, suede sport seats, sporty wheels, and a sporty flat-bottomed steering wheel… well, it’s not lacking in sport. Welcome to the unicorn that is the Skoda Superb Estate 2.0 TSI 272PS 4x4 DSG. A £40k Skoda. We drove the estate, but as you can see, it's also available as a very handsome booted hatchback too.

Think of it as the poor/discreet/less power hungry person’s Audi RS6. Okay, it’s nothing like the monstrous RS6.

Auto gearbox, four-wheel drive – are you sure?

This is more practical. The Skoda has a much bigger boot – an echoing cathedral of 1,950 litres. Space shuttles carried satellites into orbit with less capacity. And while this only has half the engine (of an RS6, not the NASA rocket), it’s ten times less obnoxious.

Skoda’s made a fabulous Q-car. Pitch it down a congested stretch of motorway and marvel at how the lane-hoggers hurry out of your way, mistaking the Superb’s stern face for an unmarked police car. And then baffle them with its uncanny reserves of pace as you engage the turbo and head off on another undercover mission.

How fast we talking?

On paper, 5.6 seconds from 0-62mph. Which isn’t fast these days. But the way this Skoda delivers its bubble-wrapped punch is smoother than a Michael Bublé Christmas carol. So, in the best possible way, it feels faster than it is. Partly, that’s down to this being lighter than it looks: usefully under 1.7 tonnes, in fact. Amazing for a huge 4x4 auto-gearbox road-going canal boat. But mostly, it’s the powerplant.

There’s very little noise, and in the big mixed mag of VW Group double-clutch gearboxes, the Superb’s got a great one. It’s not startled into kicking down and trying to select second when fourth would do. Take note, new, turbodiesel Audi S4. Skoda’s got one over you, sunshine.

The gearbox trusts the engine to deliver the torque, and let it rev out cleanly, and boy does this thing have elasticity to it. There’s never a thwack in the back, but it accrues speed beautifully. It’s the sort of car you could ooze up to 120mph on the autobahn in, and the only thing that’d alert your passenger to the speed you’d acquired would be arrival at the destination half an hour earlier.

Fine, it’s got performance, and a massive boot. Anything else?

It’s got ride comfort than needs to be felt to be believed. The Superb has not got particularly trick suspenson: it doesn’t scan the road ahead looking for bumps, or have electro-hydraulic many-volt anti-roll Batman tech on board to calculate the most precise, German-approved way to deal with a pothole. The test car Skoda sent us had simply been equipped with Skoda’s usual adaptive dampers. Officially, it’s called Dynamic Chassis Control. Price? A princely a £690 option.

Whole-heartedly yes. And then, well, there’s a trick, the Easter egg, the secret handshake. Which we’ll let you in on.

Delve into the touchscreen and fiddle around with the individual mode. Set the powertrain to be angry, leave the steering weight alone, and then – crucially – set the dampers to Comfort.

The result is a truly old-school fast car: one that you can go quick point to point in, without being rattled around the cabin like suitcases in a turbulent airliner. Reacquaint yourself with the amusement value of body roll, revel in the fun of the car rearing up on its haunches like a speedboat when accelerating from rest, and bathe in the smug glow of floating over drain covers, expansion joints and roadworks scars that leave an Audi S-line or BMW M Sport driver pulverised to a fine sand.

So it’s a quite-fast car that needs leaving in Comfort mode to be great, with a Skoda badge. How many will they sell? Half?

Not as many as they sell diesel airport taxis, or even the new plug-in hybrid, most likely. But every now and again, keep an ear out as a Superb passes, in case it’s making a curiously rasping noise. The driver is probably very, very pleased with themselves. They should be.