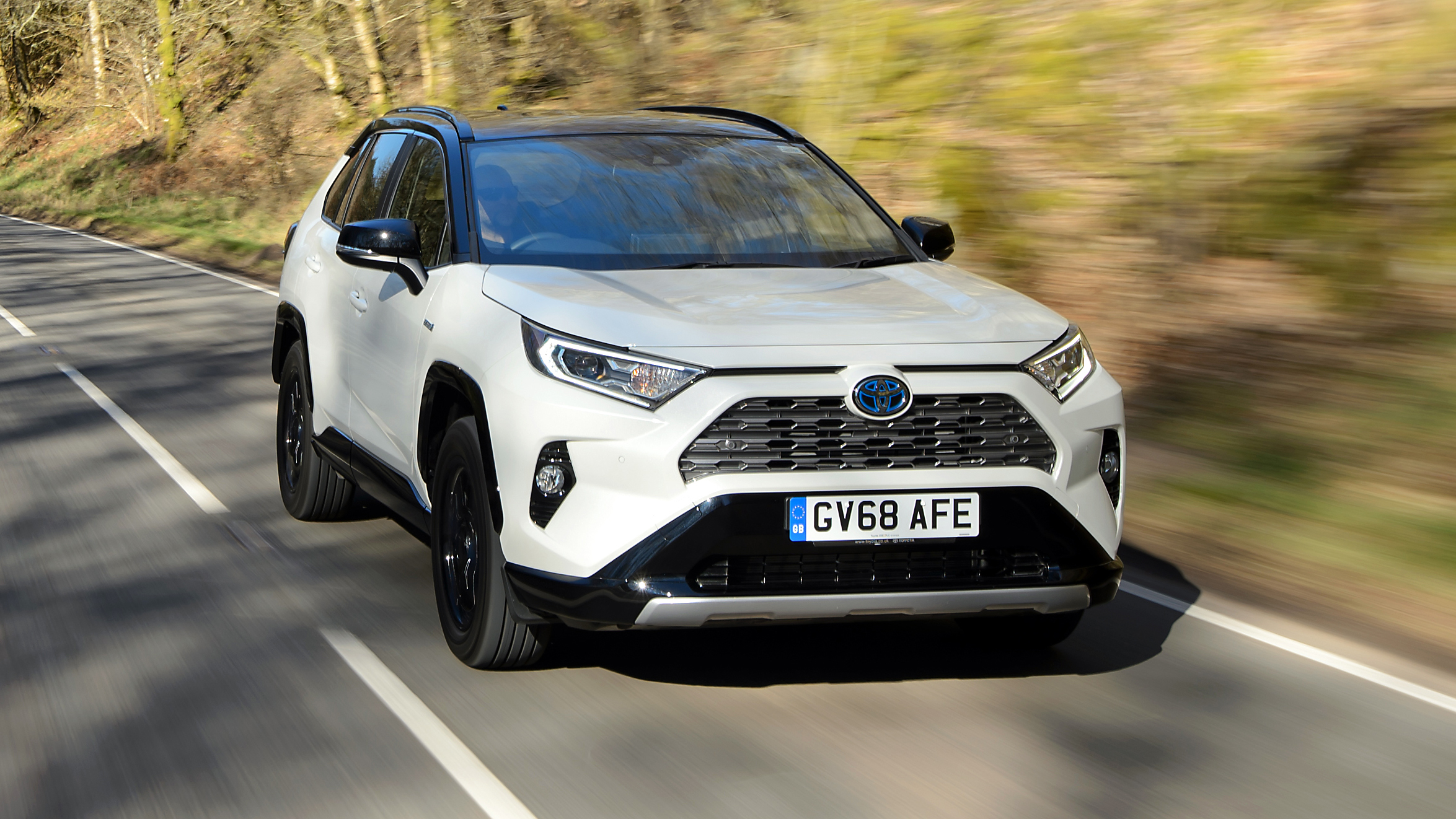 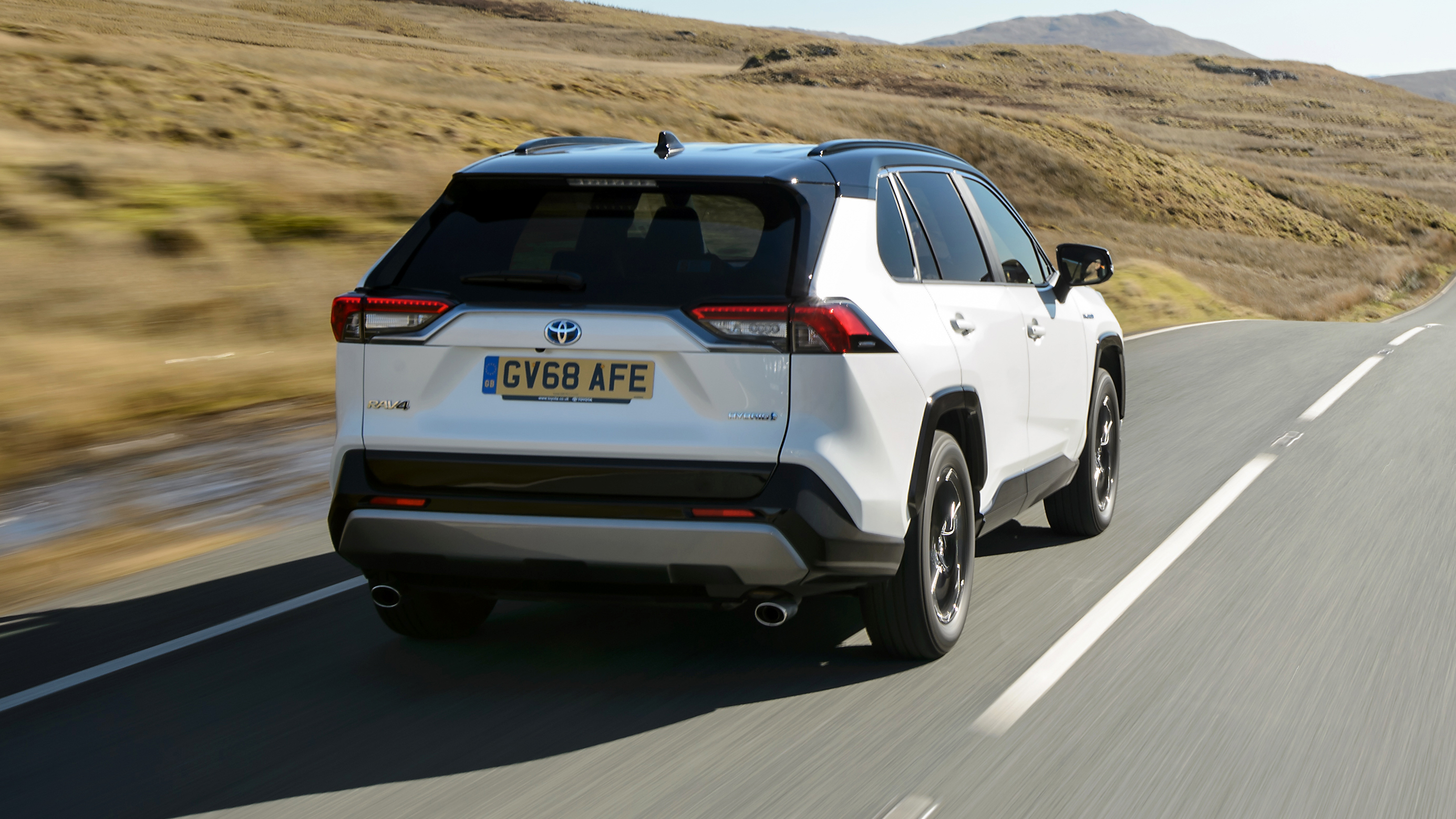 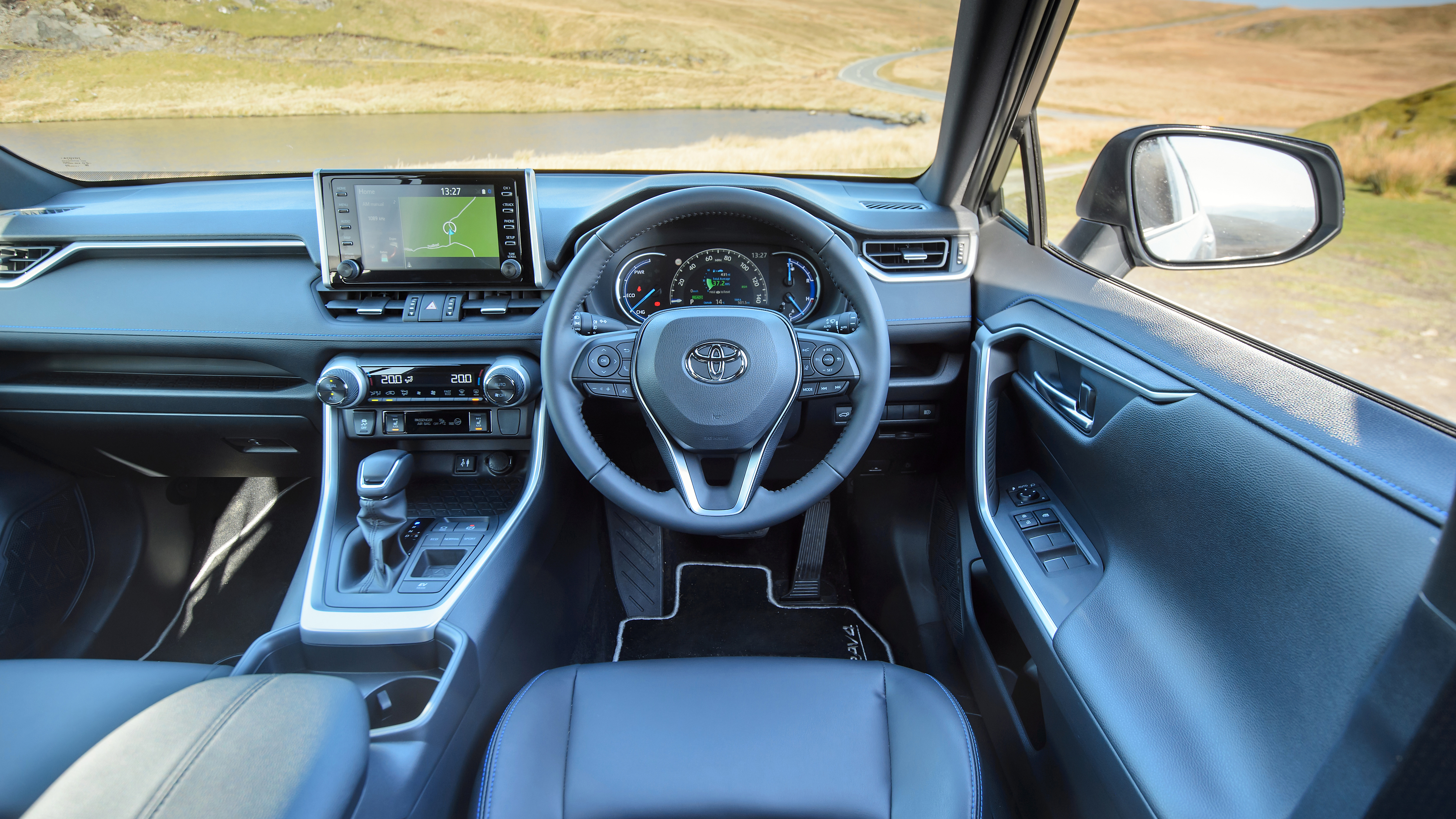 I’m only reading this because I want a hassle-free family SUV.

And that’s the right approach because if you care about driving, reading about the new Toyota RAV4 will bring you little satisfaction. But then what mid-size family SUVs are fun to drive? I can barely think of one. The Mazda CX-5 – that’s quietly satisfying. The Alfa Stelvio? But that’s 37 grand. The Dacia Duster, for all the right/wrong reasons. The SEAT Ateca’s crisp enough. And I’m done.

Much has changed since the RAV4 first appeared back in 1994. Then it was semi-revolutionary, the first ever cool, urban-focused SUV. And it was fun to drive. Successive generations – and we’re now on the fifth – stepped quickly away from frivolity into family seriousness. And as far as Toyota is concerned, it’s a move that has served it well – globally they sell not far short of a million a year.

But is that a million people getting it wrong?

No, because not everyone cares about cars in the way we do. Toyota builds RAV4s for people that need a family SUV. It gives them hybrid powerplants because it lowers the running costs. It makes sure they’re reliable. And so people buy them in droves.

Nevertheless, the last couple of generations have been very underwhelming. Toyota going through the motions. This one is better. The new GA-K platform has improved body stiffness by 57 per cent. Why does that matter? Because the extra shell strength lowers cabin noise and allows for improved ride quality. The centre of gravity has been lowered, and so body control is better. As a car to just pop about the place in, it’s now class competitive.

But no more than that?

Toyota’s key strengths lie in the less tangible stuff: reliability, robustness and so on. The kind of stuff that’s hard to assess. But this new one does ride quietly and well. The response to throttle and steering inputs is linear and predictable – it gives you the reactions you expect.

But there are problems. The hybrid system. Toyota terms it self-charging. This is clever marketing. And also borderline deceitful. After all, every hybrid is self-charging when it coasts or brakes, this one just can’t be plugged into a wall for extra charging. As a result it has a smaller battery (just 4.2kwh, and using nickel metal-hydride chemistry rather than more modern lithium ion) than the plug-in Mitsubishi Outlander (13.8kwh). All-electric cars such as the Hyundai Kona have ten times the battery capacity of the RAV.

The Toyota can’t hold much charge, so has to be careful how it deploys it. On paper the electric motor is quite powerful (118bhp), but in practice it’s only used to assist the internal combustion engine rather than power the car itself. I know Toyota claims it can be electric only at up to 40mph, but in reality no matter how gently you pull away, the petrol fires up after a couple of metres.

In the past that’s been the case, and given Toyota has enlarged the capacity of the four cylinder petrol to 2.5 litres, you’d expect the same again. But the engine includes a host of useful features, including high compression, direct injection and variable valve timing for both intake and exhaust. Toyota claims 102g/km of CO2 and 51.2mpg – and you know what? – we came close to matching it.

You do hear and feel the petrol firing up, but once engaged it’s quiet enough and direct enough to not frustrate. But never excite. It has a CVT gearbox that’s much less awful than before, but if you want to replicate a 0-62mph run in 8.4secs – or more likely overtake something – you become fully aware of its moaning vacillations. At least it has some performance though, the petrol and electric units combining to produce 215bhp in this front-drive version. There’s a 4wd model that has a 54bhp electric motor driving the rear axle, lopping 0.3secs off the 0-62mph time, but it’s just not necessary. You’re never going to be going off-road, so don’t spend the extra £2,240. It’s not worth it.

So I should have the front drive version and spend more on spec?

Prices start at £29,640 for the Icon, but do yourself a favour and upgrade to £31,195 Design. That way you get front (as well as rear) parking sensors, sat nav, keyless, electric tailgate and 18s. Go further and you can have a heated steering wheel, electric heated seats and so on. If you deem it necessary.

I deem. Is there space for all my chattels?

Which Jane Austen novel have you fallen out of? This is a car not a horse-drawn carriage. The boot’s good. 580 litres and with no awkward load lip. The rear seats are OK, but not notably spacious and the whole cabin environment is too plain. They tried a bit with the centre binnacle, which has chunky rotary controls and a measure of tactility, but elsewhere it’s standard Toyota – no switch will ever fail, but surely it could offer some sort of visual appeal? And don’t get me started on the infotainment – it’s sluggish and graphically unappealing. Carplay isn’t available yet. It really ought to be.

And then there’s the way it looks outside. It’s rather ungainly. Bold, but not sophisticated. Maybe it’ll play well in other global markets, but I’m not sure it works in Europe. But hey, you can say the same for most BMWs at the moment.

What rivals should I be looking at?

Low cost and ease of ownership are the major touchpoints I reckon. The new Honda CR-V is very underwhelming, but drives as lightly as a Jazz, the Ford Kuga is very sensible these days, but the two I’d focus in on are the Mazda CX-5 I mentioned earlier and the Skoda Kodiaq. Neither is hybrid. Yet. But both have a certain something about them that raise them above their rivals.