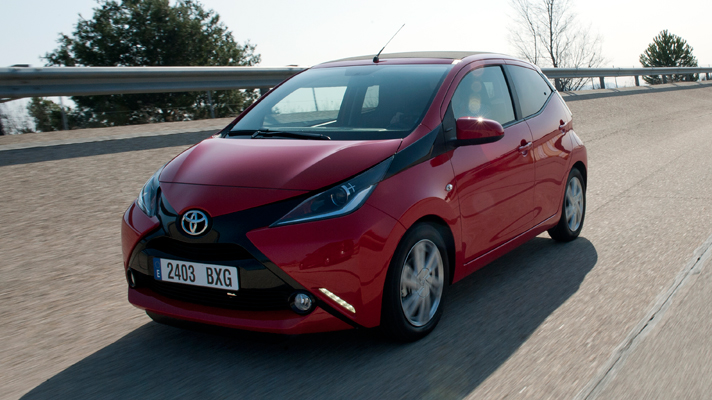 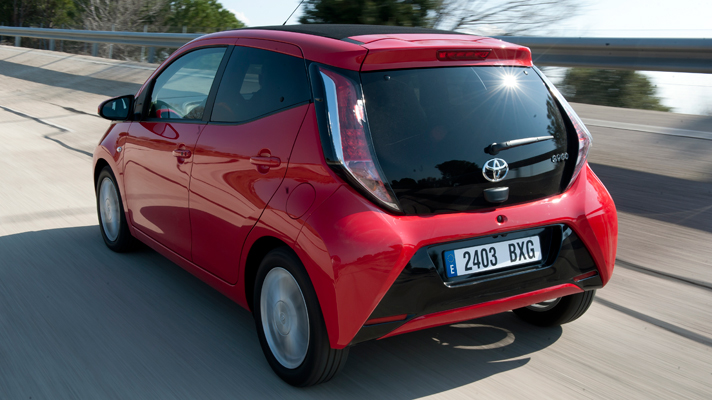 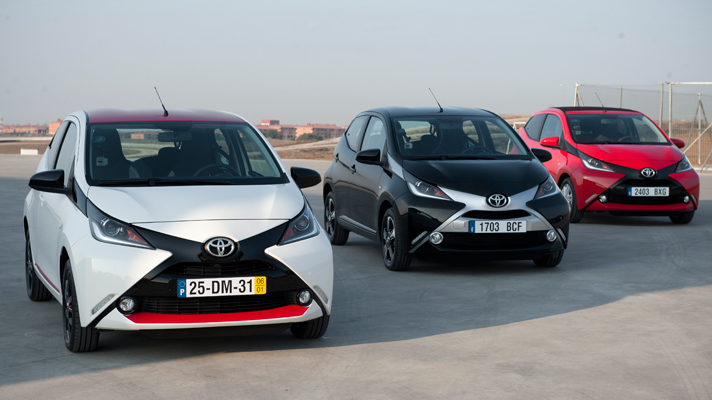 That looks cool, what is it?

Believe it or not, it's the brand new Toyota Aygo. The first in the triplet of city cars produced by Peugeot (108), Citroen (C1) and the Japanese carmaker, and quite possibly the first ever car to be openly based on a Japanese cartoon.

Yes. David Terai, chief engineer of the new city car and a man involved with Aygo since 2008, admitted to Top Gear that growing up as a kid, he loved watching the Astroboy cartoon. "As a child, he was a hero of mine," he says. He basically wanted a car version of Astroboy; something simple that's easy to recognise. A CAR VERSION OF ASTROBOY. This is, quite simply, brilliant. The world needs more cartoon-inspired cars.

Tell me about the new Astroboy - sorry, Aygo - then.

Well, as you can see, it's entirely new on top, that funky new ‘X' face designed to manifest the company's ‘J-playful' philosophy (where ‘J' stands for Japan); a new design direction where Toyota wants the Aygo to a) scream Japan so that it stands out amongst an increasingly competitive marketplace in Europe, and b) is a bit more radical than its more recent conservatism. It features a double bubble roof, for goodness sake. While this increases headroom, it also makes the Aygo look most excellent.

Underneath it's 25mm longer, 5mm lower, there's a 4.8m turning circle and an increased number of welding spots around the body to increase rigidity. Toyota - responsible for the engineering and dynamics of all three cars - has carried over the front suspension from the old model, but here tuned the springs and dampers and increased the rigidity of the stabiliser. The rear gets a torsion beam setup that's 3.3kg lighter than before, and again features retuned springs and dampers.

Yep, the engine is the same 1.0-litre three-pot as before, tuned to be a little more characterful, and features stop/start, exhaust gas recirculation, a low friction timing chain (to reduce friction) 68bhp, 70lb ft of torque (a fraction more than before) and emissions of 95g/km of CO2 for the manual, and 97g/km with the auto. Nearly 69mpg is possible. It's also the only engine you'll get.

What about all that customisation stuff?

You can change interior trim pieces (air vents, gear lever surround, centre console etc) the colour of the ‘X' on the front bumper and the rear bumper. And though it's not really a customisable Thing, the 7in touchscreen - able to sync with Android or Apple smartphones - is great and is quick to respond.

The biggest thing you'll notice stepping out of an old Aygo into this one is the ride comfort and the sheer calmness of the thing at speed. A constant bugbear of the previous generation, the new car is a lot quieter on the road at speed - travelling at 70mph elicited much lower NVH levels, which means in-car conversations needn't be conducted with megaphones and hearing aids anymore. It's also more comfortable than before, too.

And, should things become hairy, it's just as fun to throw around. The steering is quick to turn in - though lacks the fizz and constant feedback we'd like in this kind of car - but nevertheless the chassis moves around underneath predictably, the skinny front tyres washing wide when you quickly reach the limit. You end up sawing away at the wheel during fast, flowing bends, tyres squealing to high heaven, but it's a lot of fun. That said, there's quite a bit of body roll, so again, it could do with a flatter stance.

The manual box feels solid but the ratios are a bit long; weirdly, the automated manual feels sportier, though of course, upshifts are ponderous and slow (downshifts are superb and quick though, and elicit a little blip, too). And you'll need to wring out each gear because it's not the fastest city car in the world, 0-62mph taking 14.2 seconds. It's still a characterful little engine though, so you won't mind ragging it.

So, should I buy one?

It all depends on price. And, um, the new Renault Twingo. The Aygo is dynamically the same as the 108 and C1, but we haven't yet tested the too-cute-for-words, rear-engined Renault yet, and suspect it might be good. Aygo prices have also yet to be confirmed for us in the UK, but you could be looking at around £9k when it lands in June 2014. We'd recommend it on looks and character, and a decent, comfortable drive. Over to you, Renault.