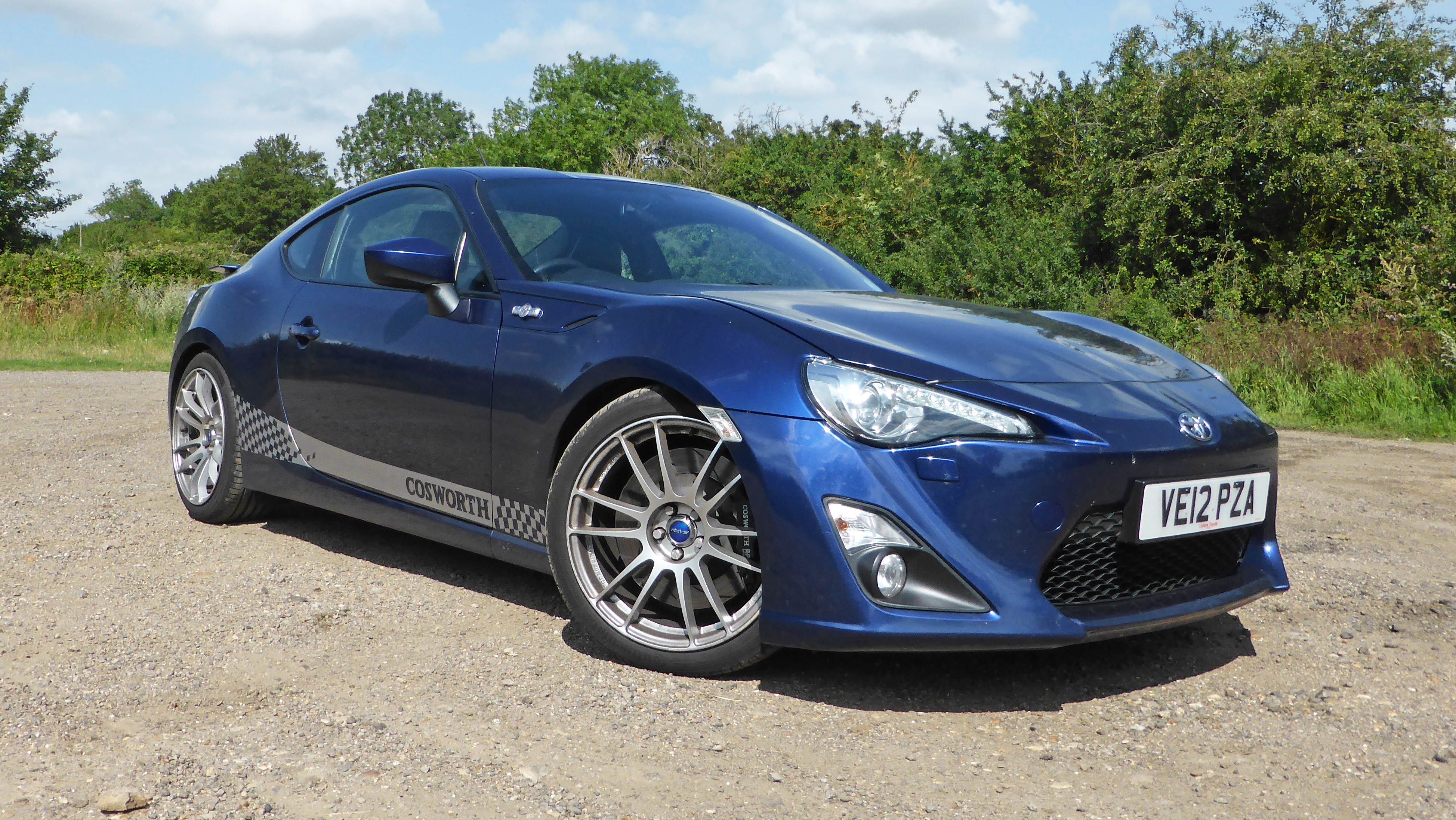 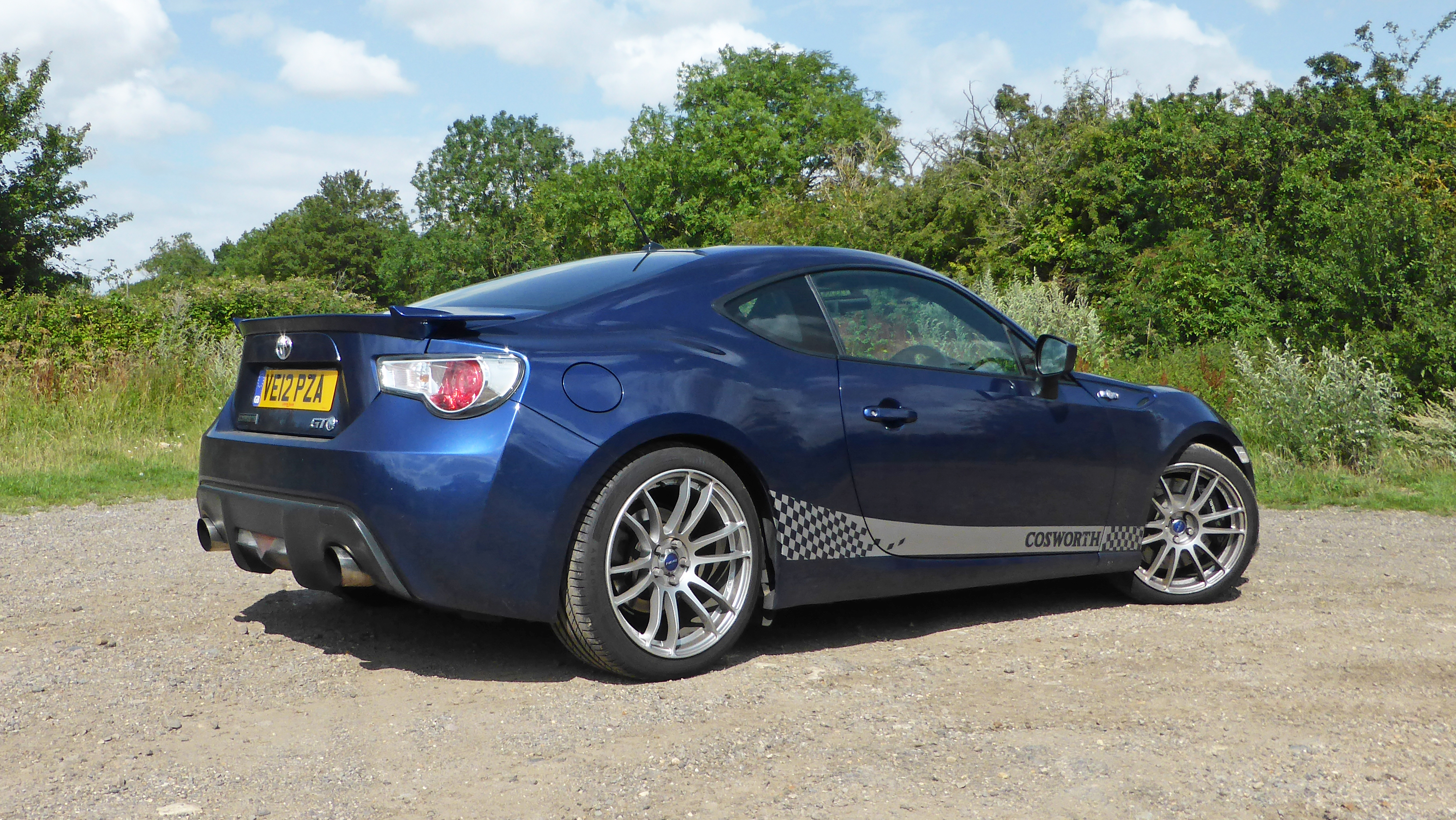 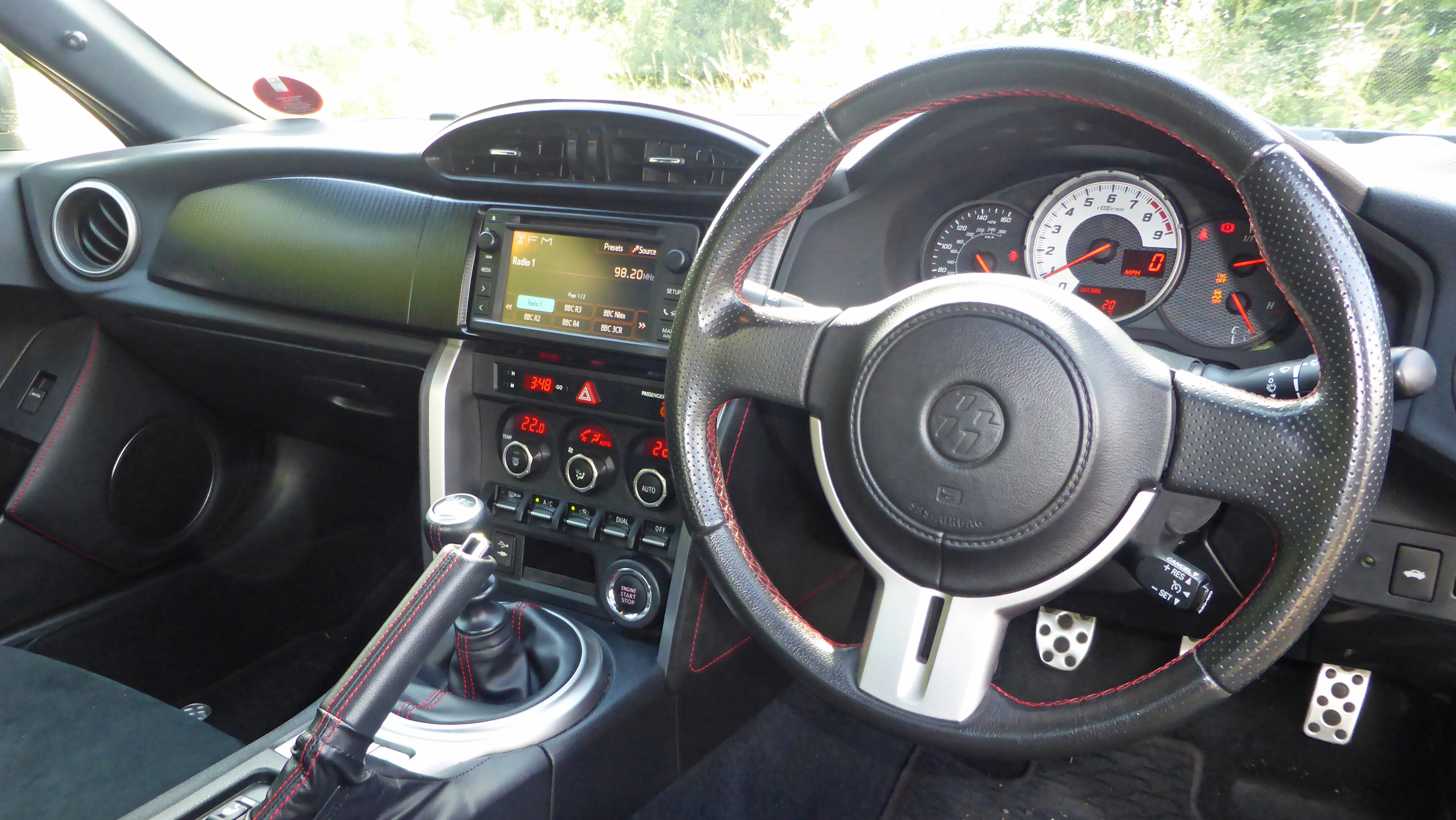 Which Toyota GT86 review is this, then?

It’s a Toyota GT86, modified by Cosworth. You probably know its name from humongously winged Escorts and Sierras of old. The affiliation with Ford may no longer be with us, but the Northampton-based tuner is busier than ever.

So what has it done to the little Toyota?

Cosworth has launched an aftermarket fix to one of the criticisms most frequently levelled at the GT86, and its Subaru BRZ twin. No torque.

Yeah, they’re light and agile to drive, and have a gloriously old-school, turbo-free engine that relishes a good pasting. But their 2-litre boxer – and its scant 151lb ft – can prove inflexible in fast driving, and it doesn’t quite sound or feel special enough when you’re just mooching about.

Has Cosworth stuck a turbo on, then?

Nope. The old-school ethos remains intact, with a jolly great supercharger bolted onto the engine. Tick all of Cosworth’s options boxes, and working hand in hand with some electronic fiddling and a more hardcore exhaust system, the end result is 285bhp and around 230lb ft. Oh, and an additional £9276 including VAT.

Healthy rises all round, then, and the ’86 certainly feels far bigger lunged than before. There’s a real turn of pace, regardless of what gear you’re in. Cosworth quotes a 0-60mph time of 5.4 seconds and a top speed of 155mph, the former more than two seconds quicker than standard.

The genius thing, though, is that the car’s character hasn’t changed. You’ll still need to be greedy with the revs to find every last horsepower. This ‘86 just happens to rip through its gears so much more raucously than standard, and with a wonderfully motorsport-esque rasp rewarding exploration beyond 7000rpm.

How does the power affect its handling balance?

Another bugbear of the standard GT86 and BRZ are the eco-friendly tyres they come on. Great for being able to find the limit of grip, but not always friendly and predictable once beyond that point. Especially in the wet.

So with another 90bhp, it would be very wise indeed to invest in a set of bigger wheels and wider, stickier tyres, Cosworth’s demonstrator riding on Continental Sport Contact-clad 18-inch alloys.

Thus equipped, the extra power and torque are metered out nicely, in the dry at least. The rear axle still doesn’t unstick merely with an unsympathetic stamp on the throttle – a trick you can get away with in an overpowered AMG Mercedes – the ’86 instead asking you to work with its balance.

Do so and it’s a very rewarding experience, leaning on the edges of the rear axle’s grip and using the front-engine/rear-drive balance not to play the hooligan, but to extract some real point-to-point pace from the car.

Corners have always been fun in a GT86, of course, but with the extra torque and exuberant soundtrack, the straight bits between them are more fun than ever, too.

So it works well?

Yup. It all feels cohesive, the car never feeling overpowered. It feels like a more mature GT86, one better equipped to take on the base-spec Caymans and 370Zs of this world. It feels, for want of a phrase less clichéd, like the car we all wanted Toyota to make in the first place.

It ought to be good fun on track, too, Cosworth offering a stronger braking system for £2100, while the ECU tweaks inluded in the power hike bring with them a range of goodies, including launch control, flat upshift capability and rev-matching on downshifts.

We didn’t have a track to adequately test the former two, while the latter is broadly a good addition – that sports exhaust making throttle blips sound addictively naughty – but it lacks the sophistication of similar systems on Porsches and Nissans. We suspect a lot of GT86 buyers – and those choosing to spend large sums modifying them, in particular – relish heel-and-toeing themselves, likely making it a little redundant.

Better value doubtless comes from picking up a used example – there are plenty for around £15,000 – while less potent tunes of the upgrade start below £5000. But we drove the Cosworth GT86 immediately after being in TG’s long term Audi TT S, another circa-300bhp coupe, albeit one specced to nearly £50,000.

The margin by which the Toyota proved more involving, more satisfying and just downright fun to be in was far greater than the Audi’s advantage in interior polish and badge cache.

They’re never likely to be directly vying for anyone’s cash, of course, and this GT86 remains of very niche appeal. Cosworth has the capacity to make a couple of hundred a year; since March it has sold around 50, with a dozen of those in the UK.

Are there plans for a faster one?

Cosworth’s cooling system is built to take 400bhp, and the company is yet to dabble in changing physical engine components. So we’d be surprised if something with 350bhp or more doesn’t appear in the coming year or two. With the better tyres and brakes sampled here, that doesn’t strike us as a silly idea at all. Bring it on.