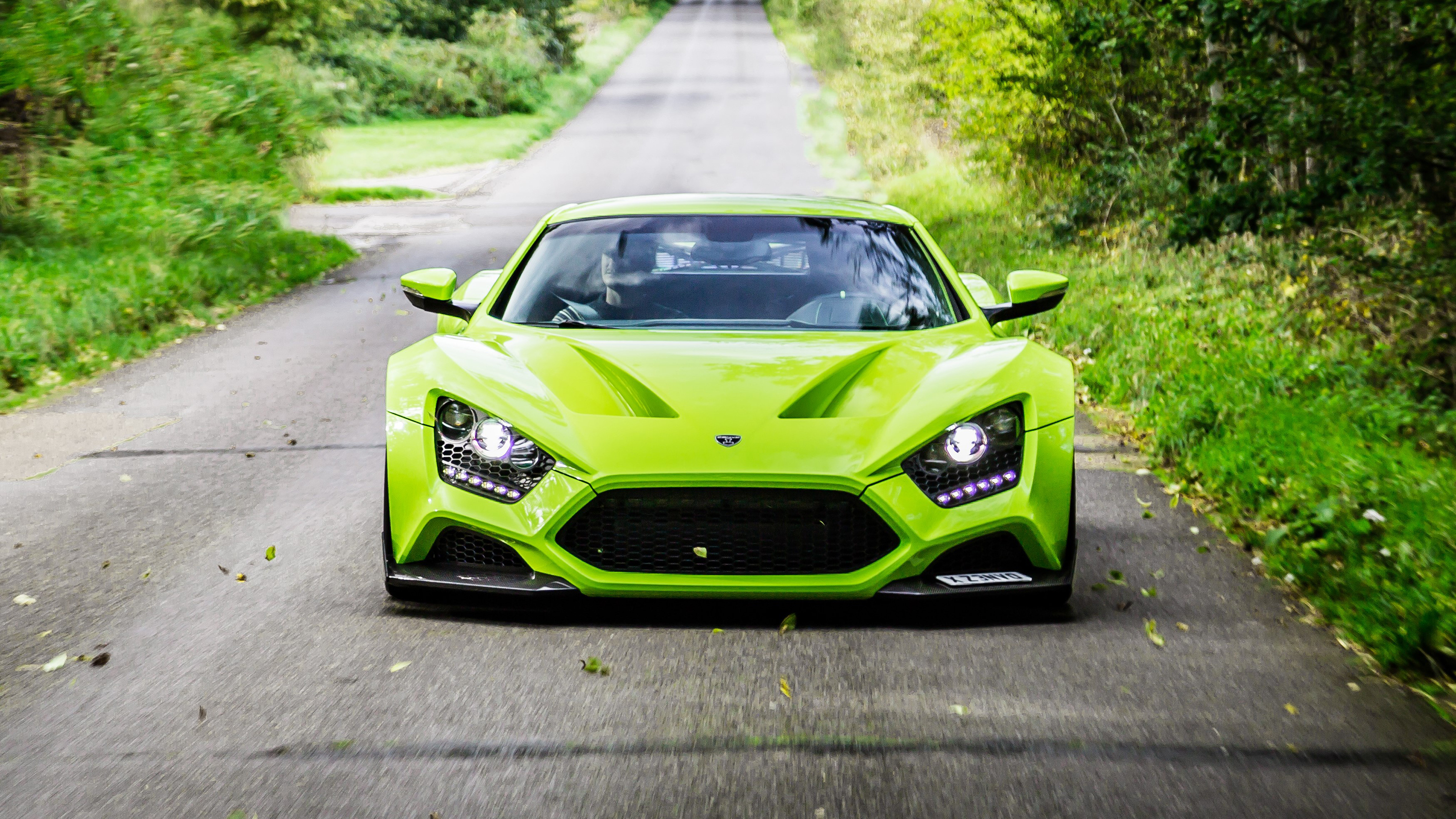 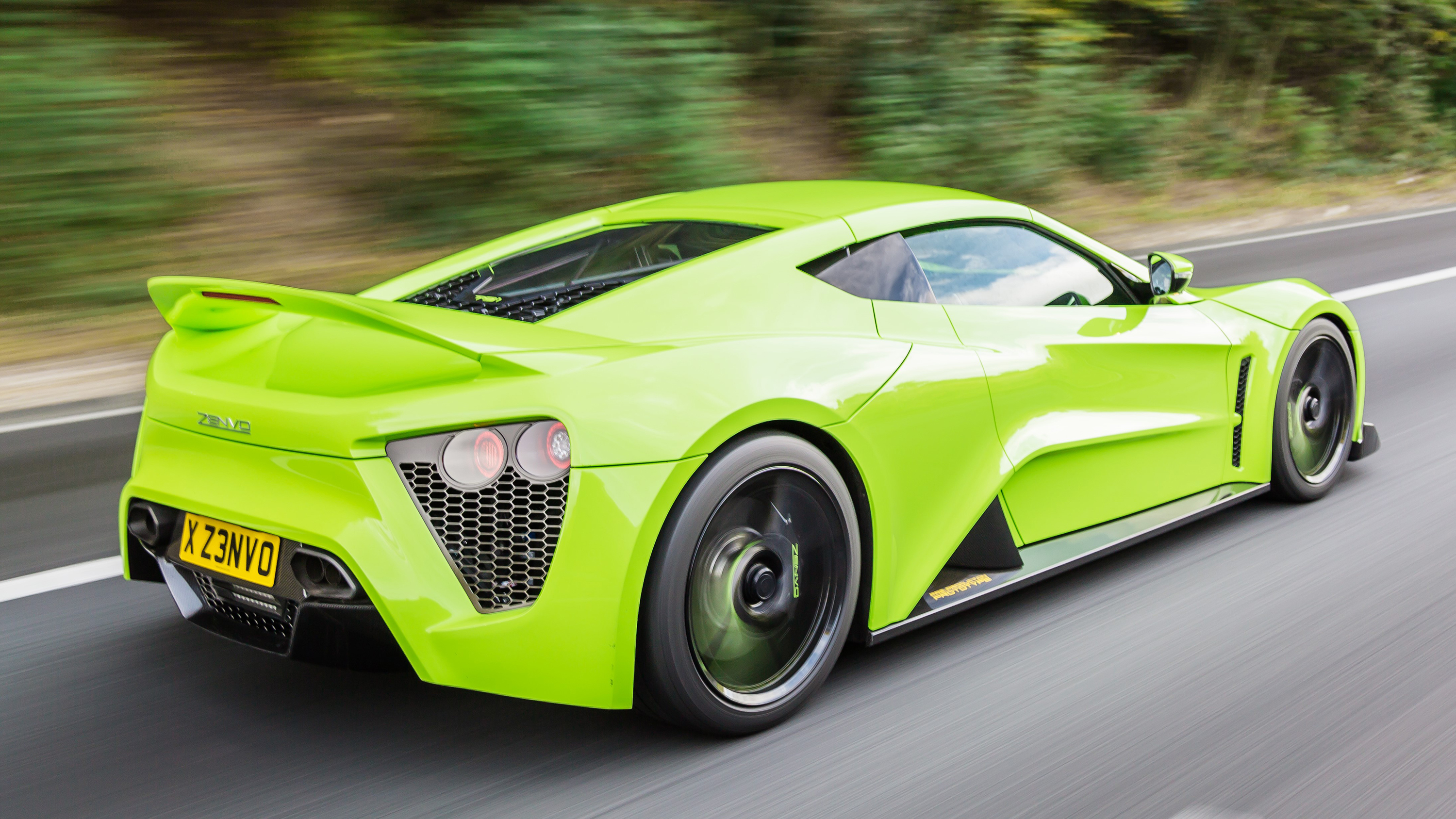 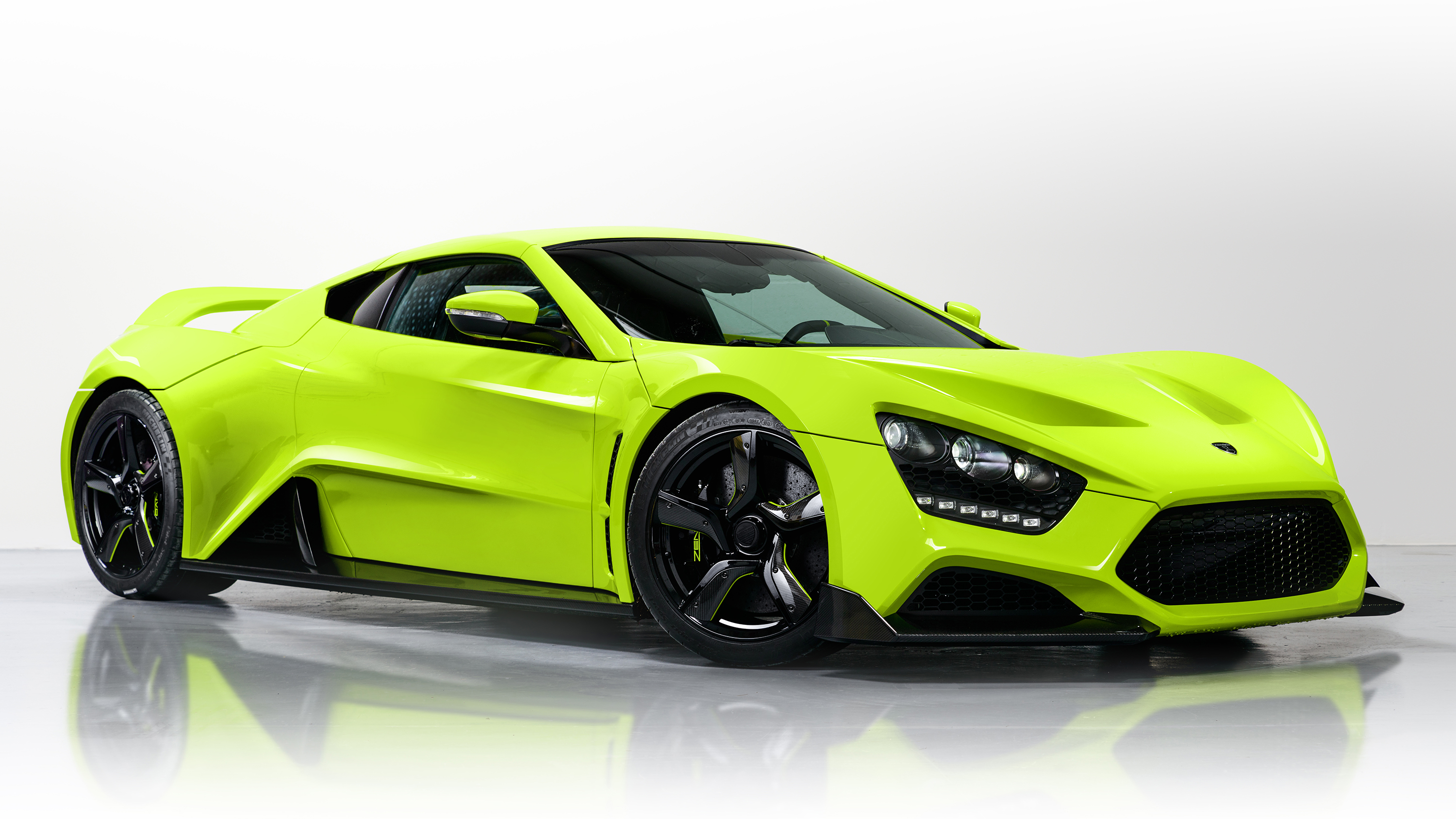 You say this is new, but I’m sure I’ve seen it before…

You’re right, Zenvo seemingly has a design department that’s even more afraid of change than Porsche’s.

To be fair, though, there wasn’t much wrong with the looks of the original car. It’s a decently cohesive shape overall and the nose is fantastically aggressive - just the sort of thing you want on a supercar.

If you want a surefire way of determining that this is the new car, you need to look at the rear, where the exhausts have now moved further inboard. On the subject of subtle changes, the name is pretty similar too. While the old car was called the ST1, for this one they’ve swapped the letters round so that it’s now the TS1. Clearly anagram fans in Denmark.

Has much changed under the skin?

The big changes under the carbonfibre bodywork concern the engine and gearbox. You might remember that the old car had both a turbocharger and a supercharger (just like that engine you used to be able to get in a VW Polo, sort of).

However, the TS1 has ditched the turbocharger and instead bolted another supercharger onto the 5.8-litre V8. The result is a not inconsiderable 1,163bhp at 7,700rpm and 811lb ft of torque, also at 7,700rpm.

In order to transmit all this power to the road, Zenvo has developed a single-clutch, automated manual paddleshift gearbox with – and here’s the crucial bit – dog gears. If you’re not familiar with dog gears, they are the straight cut ratios more usually found in racing cars.

While you generally sacrifice refinement (they are often noisy and it’s harder for them to engage smoothly), dog gears can more easily withstand high loads going through the transmission. There is also a traditional H-pattern manual option, mind.

Although the car weighs a not inconsiderable 1,710kg and is rear-wheel drive, there is more than enough propulsion for the TS1 to complete 0-62mph in just 2.8 seconds and go on to a top speed of 233mph.

Did they give you an empty track or runway to verify all this?

No. In fact, imagine the opposite of that and you will be close to the wet, bumpy Buckinghamshire B-roads that we did most of our driving on. However, while that doesn’t sound ideal, there was still quite a lot to be gleaned from the experience.

Firstly, the suspension was far better than you might think. Despite being robustly rose-jointed all round and lacking any adaptive dampers, the ride was surprisingly pliant, the KW dampers smothering both big and small imperfections in the road extremely well.

The Zenvo was also far less intimidating to drive than you might expect thanks to a view out that made it very easy to place on the road. With the angular ridges of the front arches constantly framing your outlook (rather like they do in a Ferrari 812 Superfast) you always know where the front wheels are. 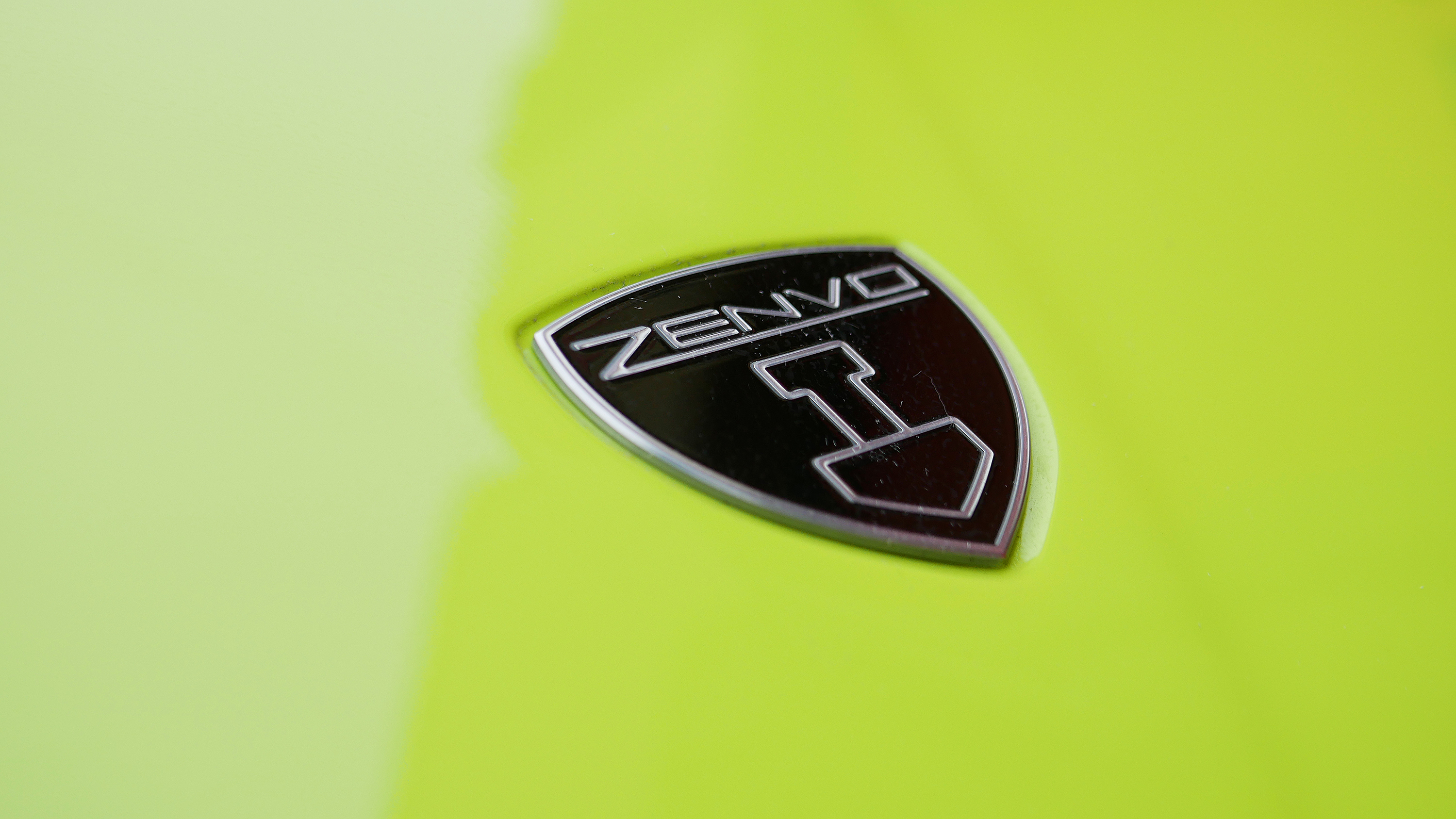 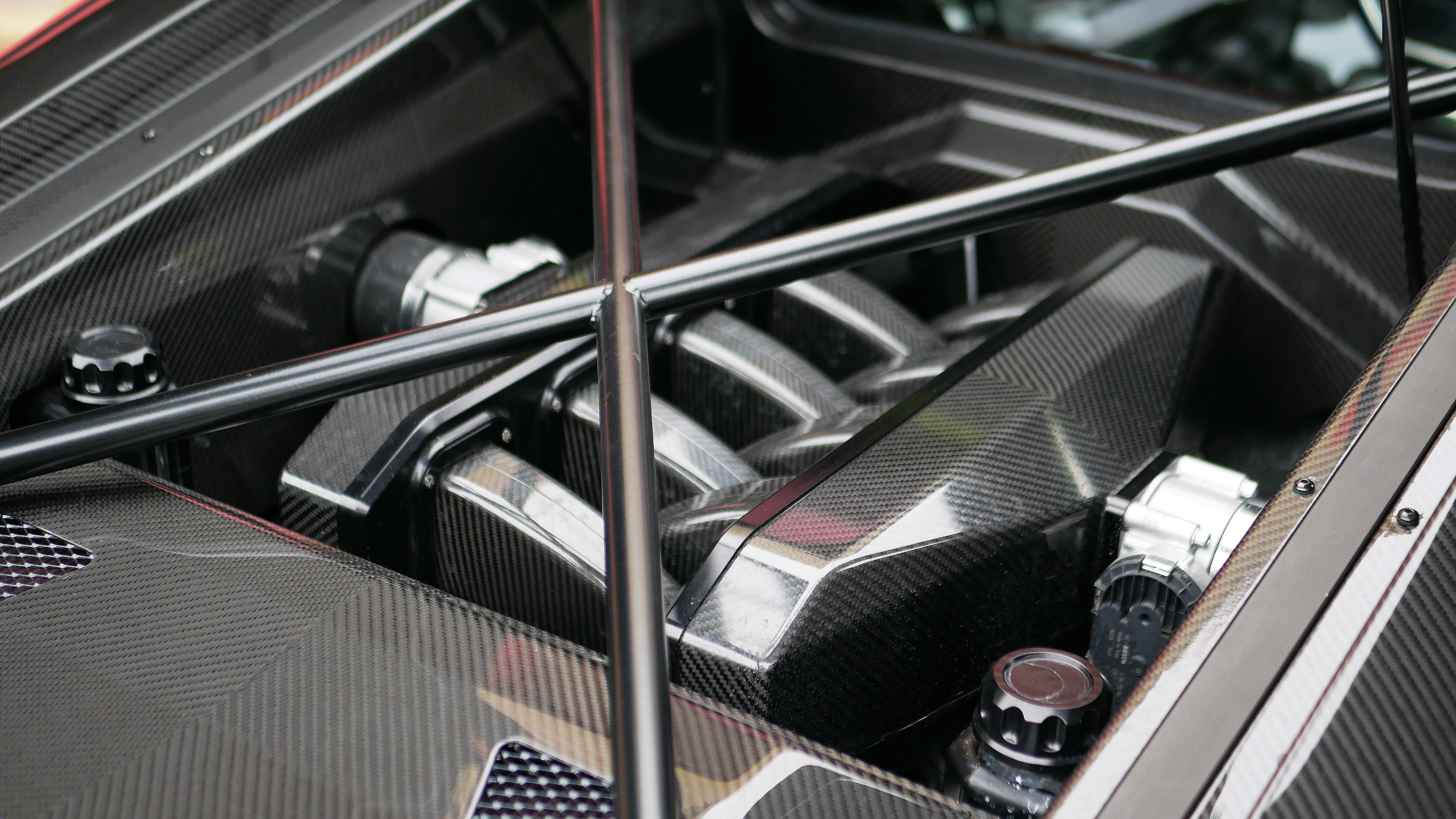 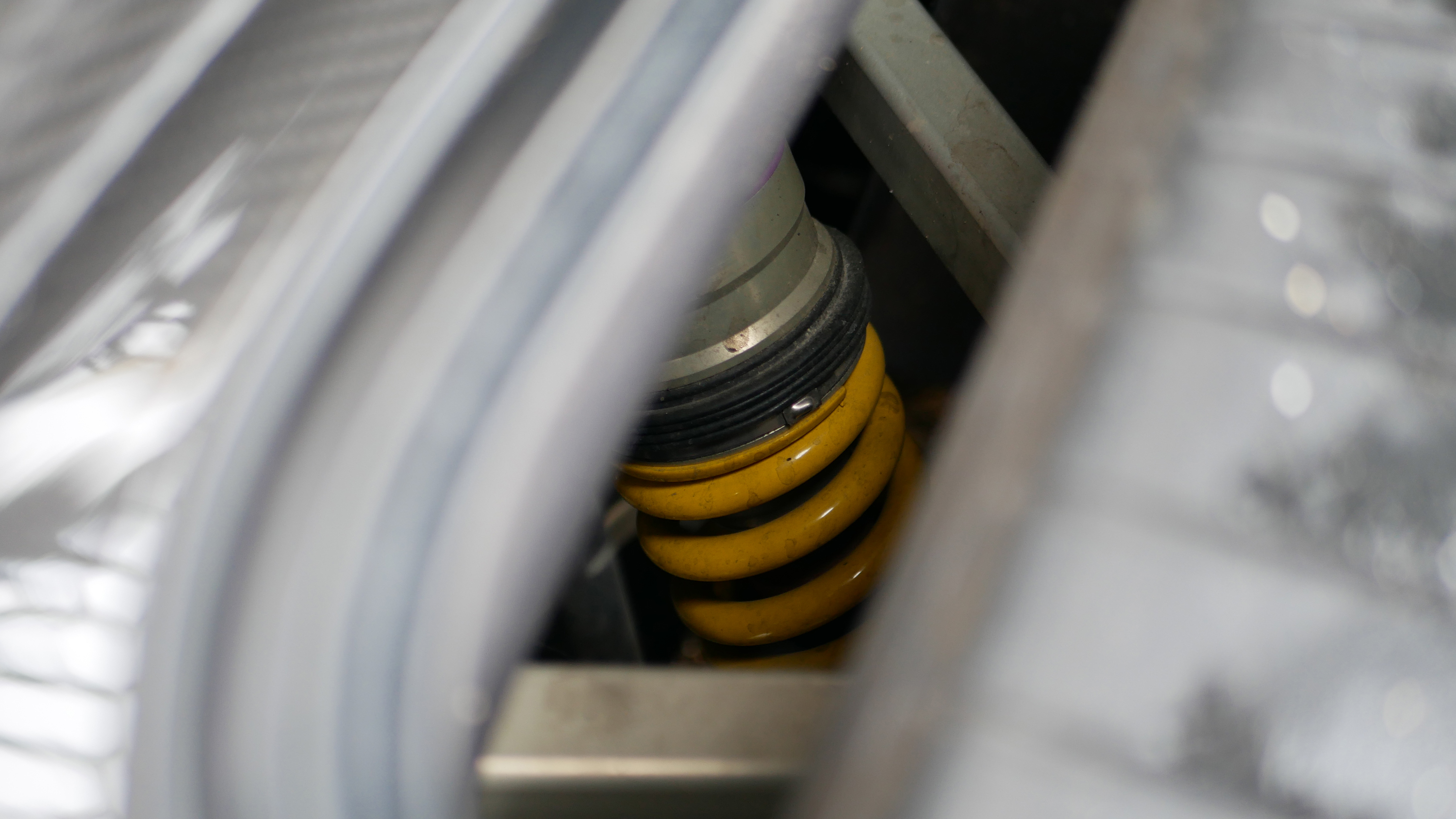 Staying with Ferrari analogies, the steering wheel reminded me of the 458’s, albeit without the plethora of buttons, but the paddles attached to the back were surprisingly small and almost oversensitive in the lightness of their action.

The steering itself was also rather light and that meant it felt hard to really lean on the front end. Some of this will be due to setup, but a part of it is also undoubtedly due to the weight distribution, with the engine and gearbox slung out behind, giving it a very rear-biased balance.

The tyres were also relatively slender 265s at the front compared to the monstrous 345s at the rear. In fact, I suspect this car had (understandably) been given suspension settings to cater for the wide range of people that were expected to be driving it, leaving a decent amount of understeer built into the handling…

Yes, yes, but what about all that power?

It wasn’t quite running the full 1,163bhp when we drove it, but 850bhp on cold damp autumnal roads was more than enough, thank you. Traction was actually surprisingly good (helped by those monstrous rear tyres) and the sensation as it squatted and hurled itself down the road was a bit like a boat accelerating through water.

A very, VERY fast boat, mind you. Because the superchargers give a much more linear surge, there wasn’t the terrifying thump of boost that we’ve become used to experiencing in McLarens and Bugattis, but it was pretty extraordinary nonetheless. This car was also using the slightly taller diff ratios that Zenvo offers, so things could be even more lively if you chose to spec it differently.

The slight fly in the ointment was the gearbox. It is easy to see why a car with this much power needs a strong transmission, but the shift of the single clutch ‘box needs work. If you have experienced an early Lamborghini Gallardo or some of Aston Martin’s Sportshift gearboxes then you will be familiar with many of the attributes of the Zenvo’s gearbox.

You really need to work with it as you would a manual, often with a little lift of the throttle to help smooth things out rather than simply flipping up and down gears like you’re using an Xbox controller.

Shifts get faster the higher up the rev range you pull the paddle, but they also increase in their brutality. Given that there is more than enough torque to lean on, the full three pedal manual gearbox could actually be the option to go for.

That’s all very exciting. But has Zenvo really got a future?

Well, Zenvo apparently sold about a dozen ST1s, and although the company is the dream of a man in some large buildings somewhere an hour south of Copenhagen, it now has more financial backing.

About four years ago the company was bought by a very wealthy Russian, who apparently made his money building roads. There are clearly some very talented people in the company, too, as they make nearly all the car in house – including all the carbonfibre.

This low volume labour-intensive manufacturing means the TS1 comes at a price, though – €1.2million, plus any local taxes. So about £1.2million.

Is it really worth that much?

A car is obviously only worth what someone is willing to pay for it, and I suppose it’s all a matter of perspective; are you viewing it as six Lamborghini Huracán Performantes or half the cost of a Bugatti Chiron?

What is worth saying, however, is that despite this being a pre-production prototype, this car’s interior was of a startlingly high quality. The carbonfibre was beautifully herringboned, the leather was sumptuously stitched and the aluminium was almost architectural in its use. An elongated hexagonal theme is present throughout, which is slightly odd given that Lamborghini uses exactly the same version of the six-sided shape in its cars, but there we go.

All in all, I’m glad that small supercar manufacturers like Zenvo continue to crop up. Each one has a slightly different and often interesting view of what a dream car should be and it’s never less than fascinating finding out how each one has been executed.

The motoring world simply seems like a better place for their existence. Hopefully we’ll get another go in a final production version of a TS1 on a dry track somewhere in the future.