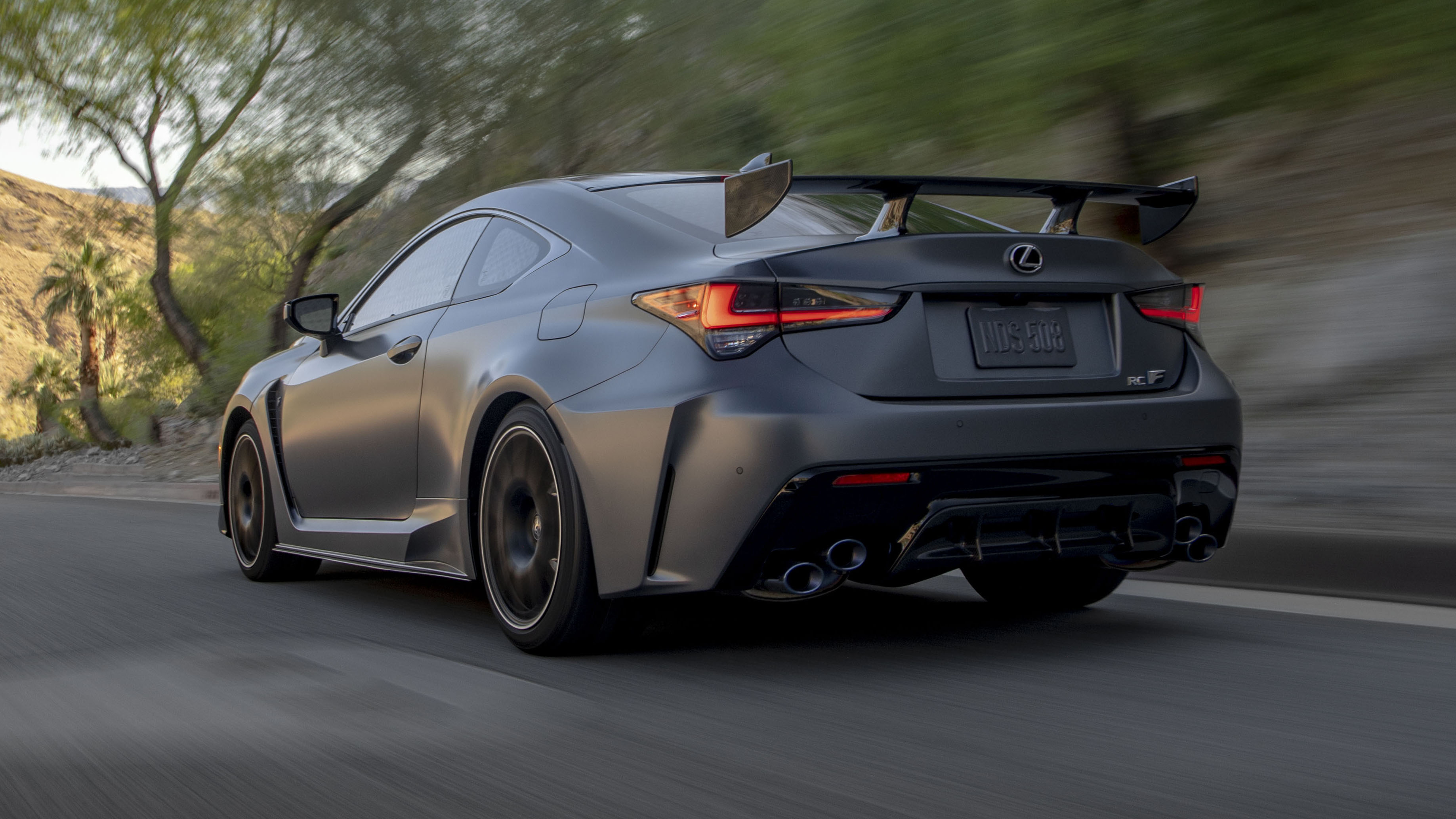 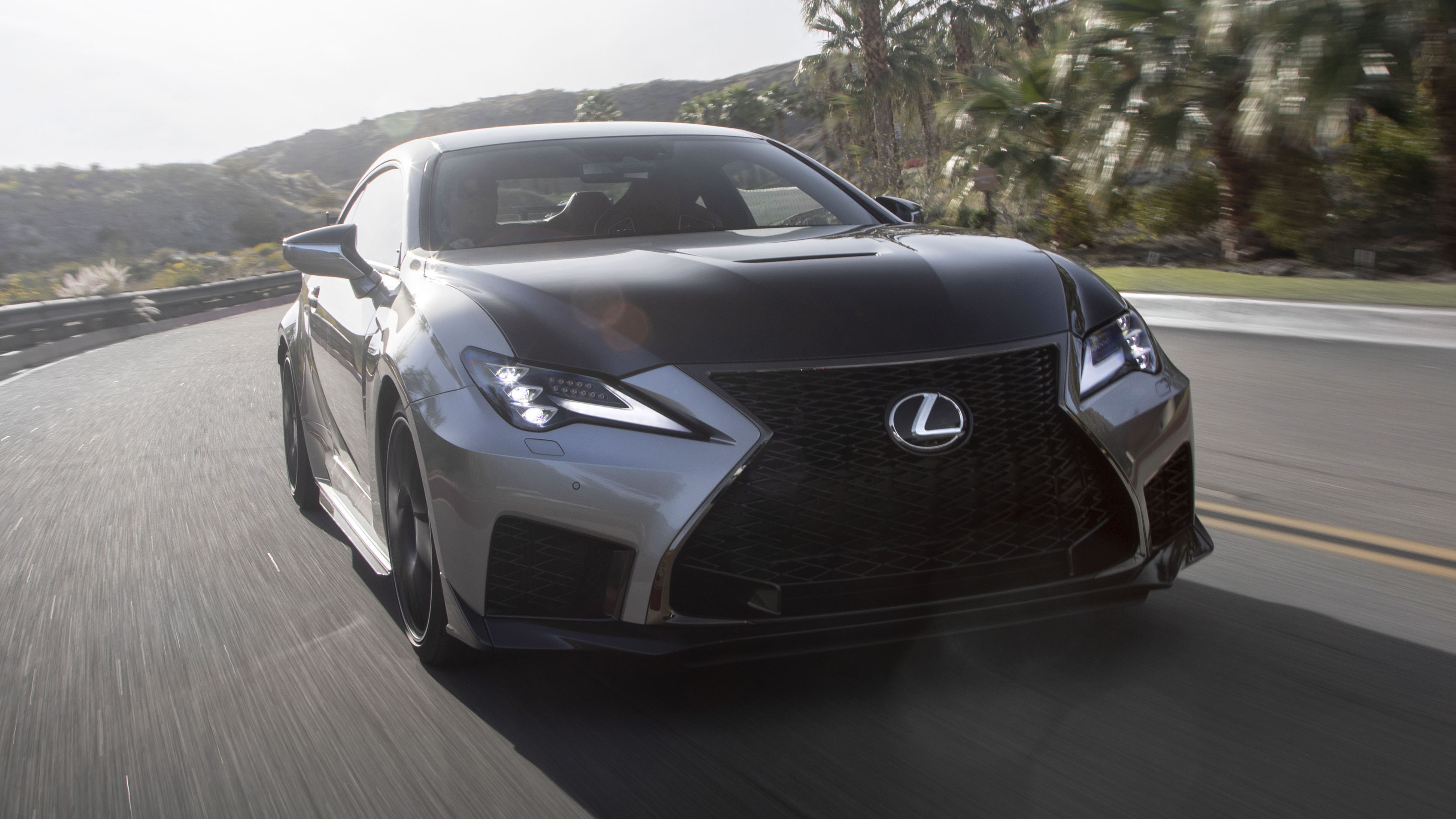 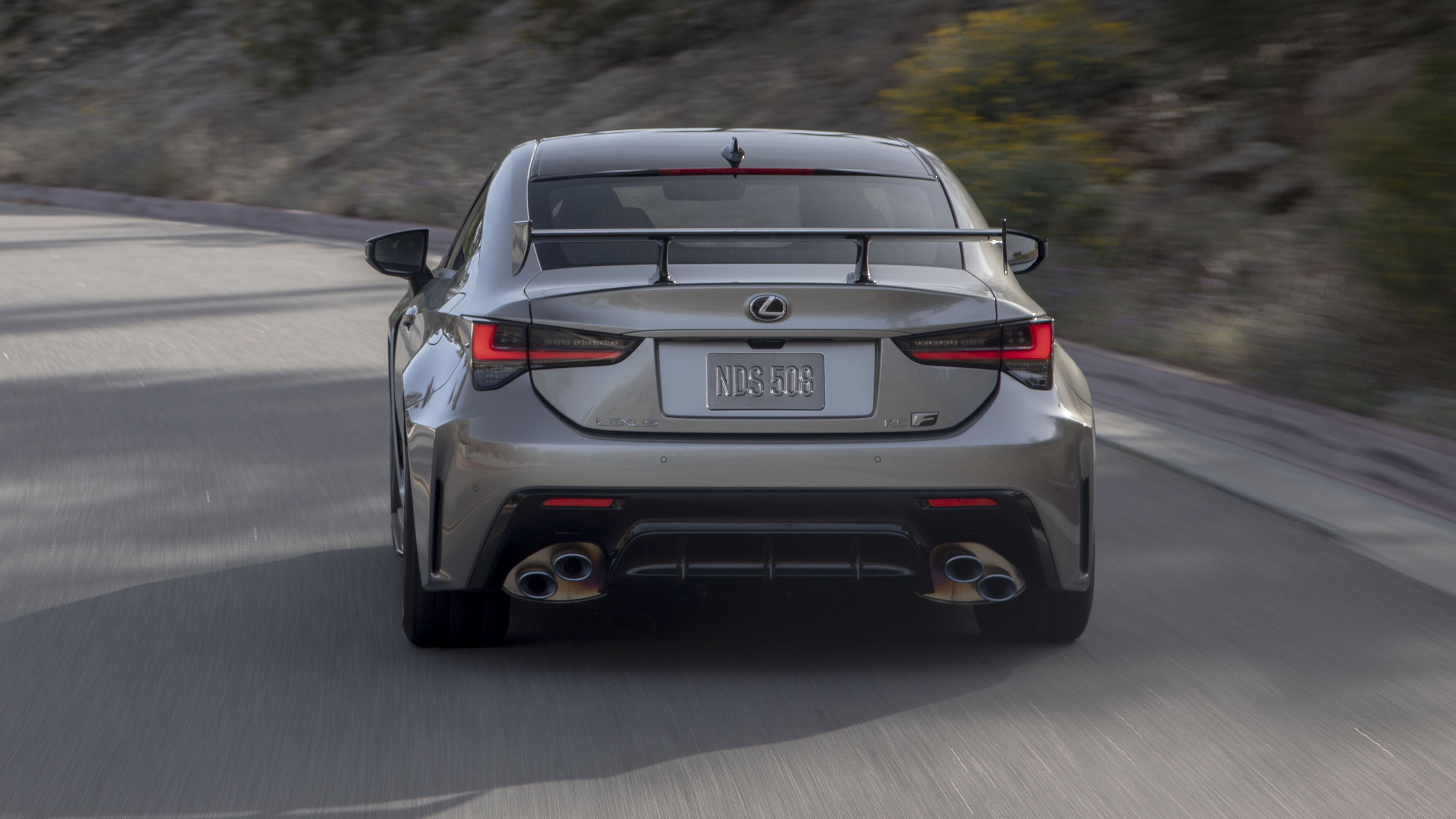 1 / 12
Advertisement
“Not just as good as an M4 to drive, which it never was, it’s quite possibly better ”

You have to pay a big premium for Track Edition model

The current generation Lexus RC F Coupe has lots to like – it’s growling 5.0-litre naturally aspirated V8 and extraordinary build quality – but also two main failings: too much weight that’s also too far forward. This can cause chronic understeer when pushing on which overworks the brakes and tyres, especially when using all the power on track.

These issues were created when, instead of building a new platform, the company fused what it considered the best bits from three existing models: the GS sedan at the front, the IS convertible for the mid section and the IS sedan at the rear. It made a fine, if heavy, road car. But there was always going to be issues to resolve on the circuit.

The good news is that the 2020 model year RC F is both lighter (55lb) and a smidge (5bhp) more powerful at 472bhp. So that’s two steps in the right direction. But the even better news is that this year there’s a special Track Edition version of the RC F. This has been designed to show that Lexus is still serious about its F models having proper track performance.

While having the same engine output as the regular RC F, the TE model shaves another 120lb of weight out of the car, for a total loss of 176lb. A lot of that coming from unsprung mass like wheels and brakes. Weight paring isn’t just about reduction but location. The further away from the center of gravity the more it matters. Hence the car also wears a carbon fibre hood, roof, trunk lid and wing.

Other key weight savers include a titanium exhaust and a carbon cabin cross brace. But if you look at the detail of the car, pretty much every component has been studied microscopically, re-assessed and subtly re-engineered to be lighter, stronger, better. And, on paper at least, it’s worked. The TE is a couple of average humans lighter than the AMG C63 S Coupe even if it is still a passenger heavier than the BMW M4.

While the standard RC F uses an optional torque-vectoring differential, the TE employs a muscle car-style Torsen limited slip set up to keep the right pedal as closely connected as possible to the actions of the rear tyres. To also help precise throttle position, the rear drive ratio has been changed from 2.97:1 to 3.13: 1. You might expect the TE to wear some serious track rubber – we did – but Lexus has fitted all versions with the same Michelin Pilot Sport 4S tyres to preserve on-street manners. TE owners might want to try a set of Cup 2s.

At least they might once they’ve saved up again after buying the car. While the standard RC F costs $65,775 the Track Edition is quite a long walk away at $97,675. 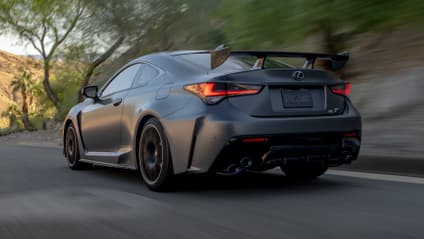 “Not just as good as an M4 to drive, which it never was, it’s quite possibly better”

It’s fair to say we didn’t pull any punches when we drove the first RC F. We hoped it would be a chip off the hallowed LFA block and it wasn’t. Yes, it had a superb naturally aspirated V8 engine and its build quality was fabulous. But it understeered like a limo and ate tyres like a child eats raisinettes. The clever chassis systems did their best to hide all of this on the street, but they simply couldn’t on the track. And we made sure everyone knew that.

But with this 2020 edition of the car, and let’s focus on the limited edition TE version – there will be just 50 available in the US in 2019 – Lexus has shown it hasn’t forgotten what we want from a sports coupe. It now makes a thunderous noise, does 0-60mph in under four seconds, has launch control but, best of all, it can be steered not just by the wheel but by the throttle, too. It’s now not just as good as an M4 to drive, which it never was, it’s quite possibly better.