Read why you can trust our independent reviews
Top Gear Team
Published: 23 Oct 2020
Skip 19 photos in the image carousel and continue reading 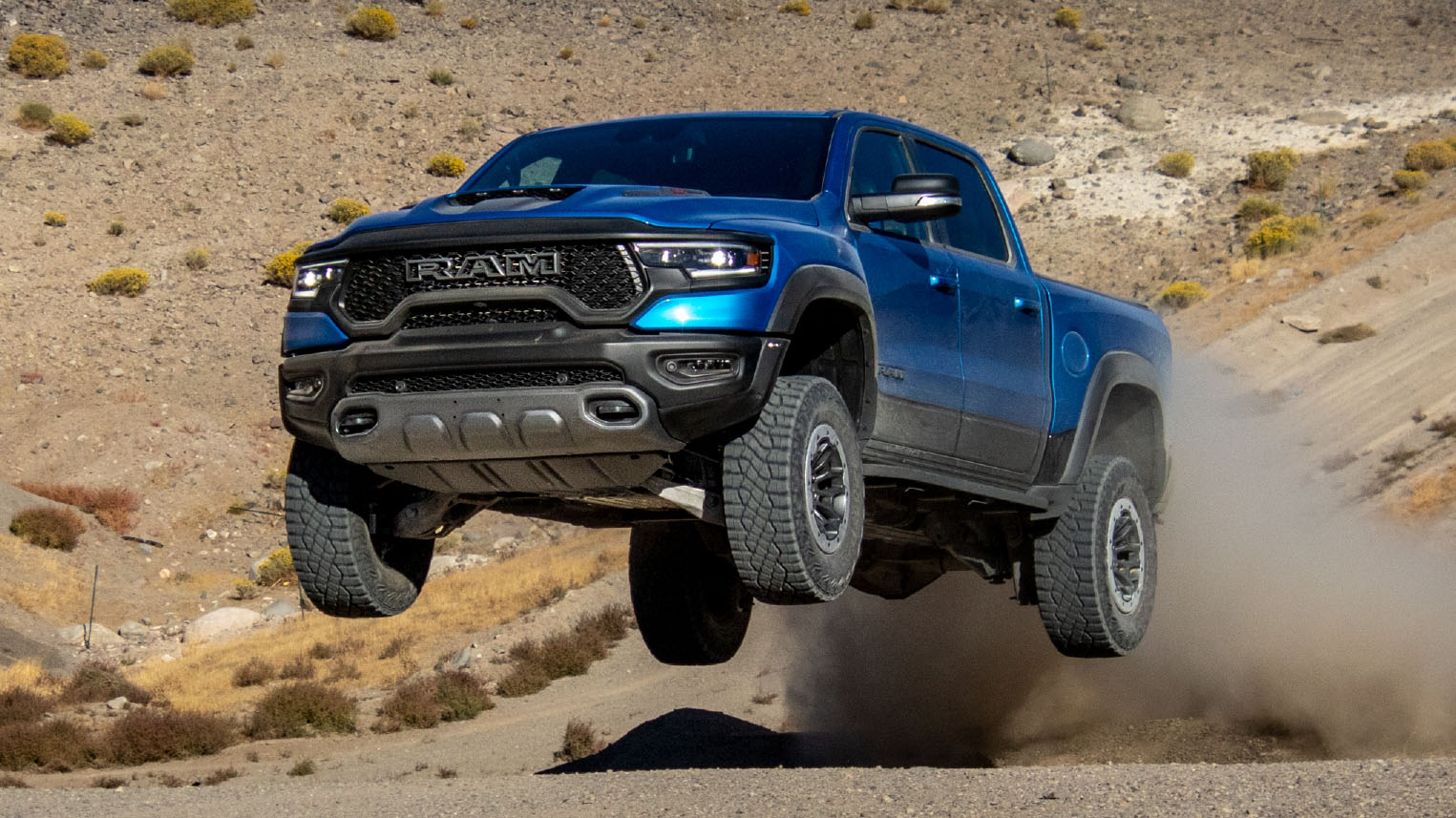 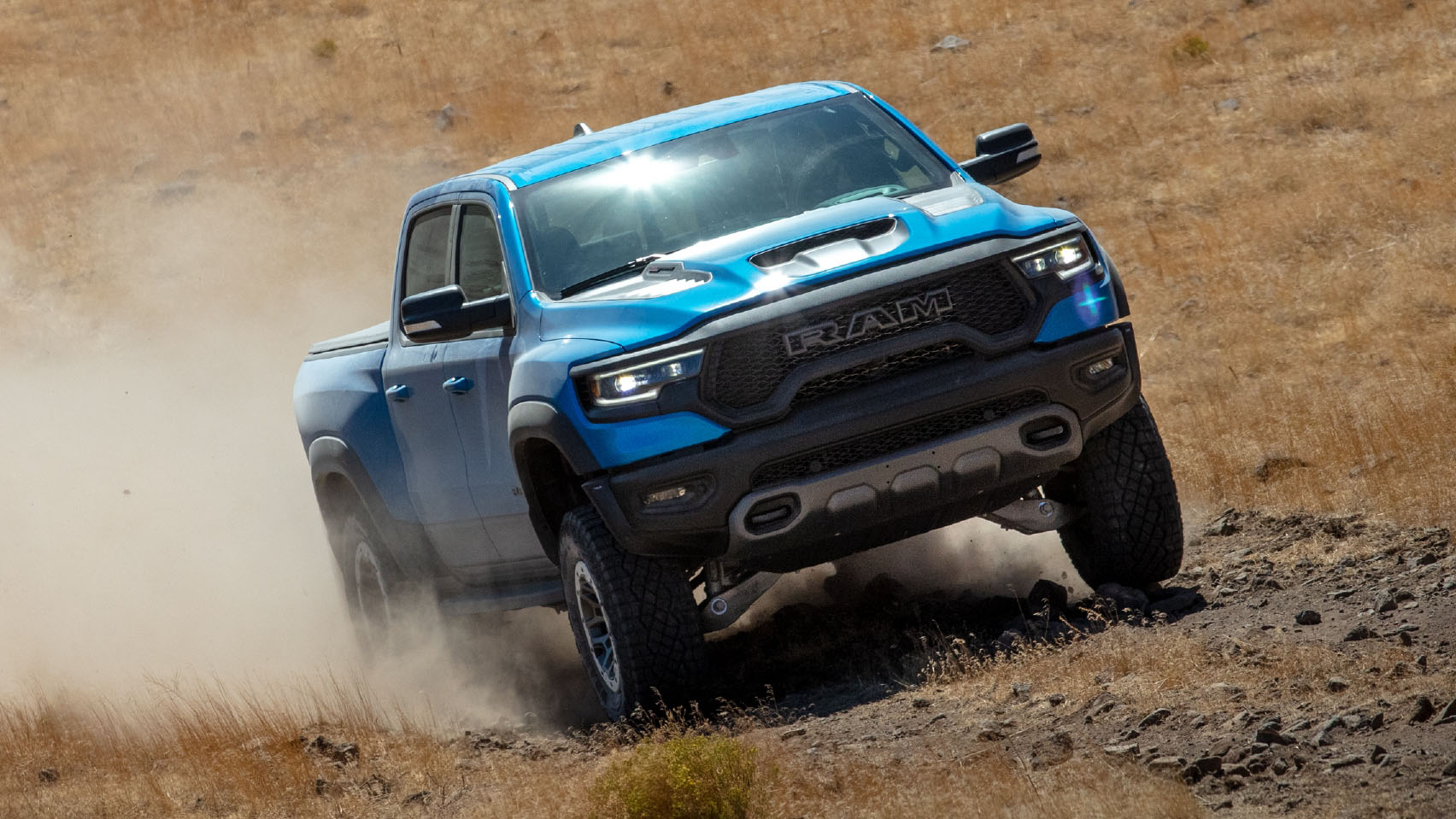 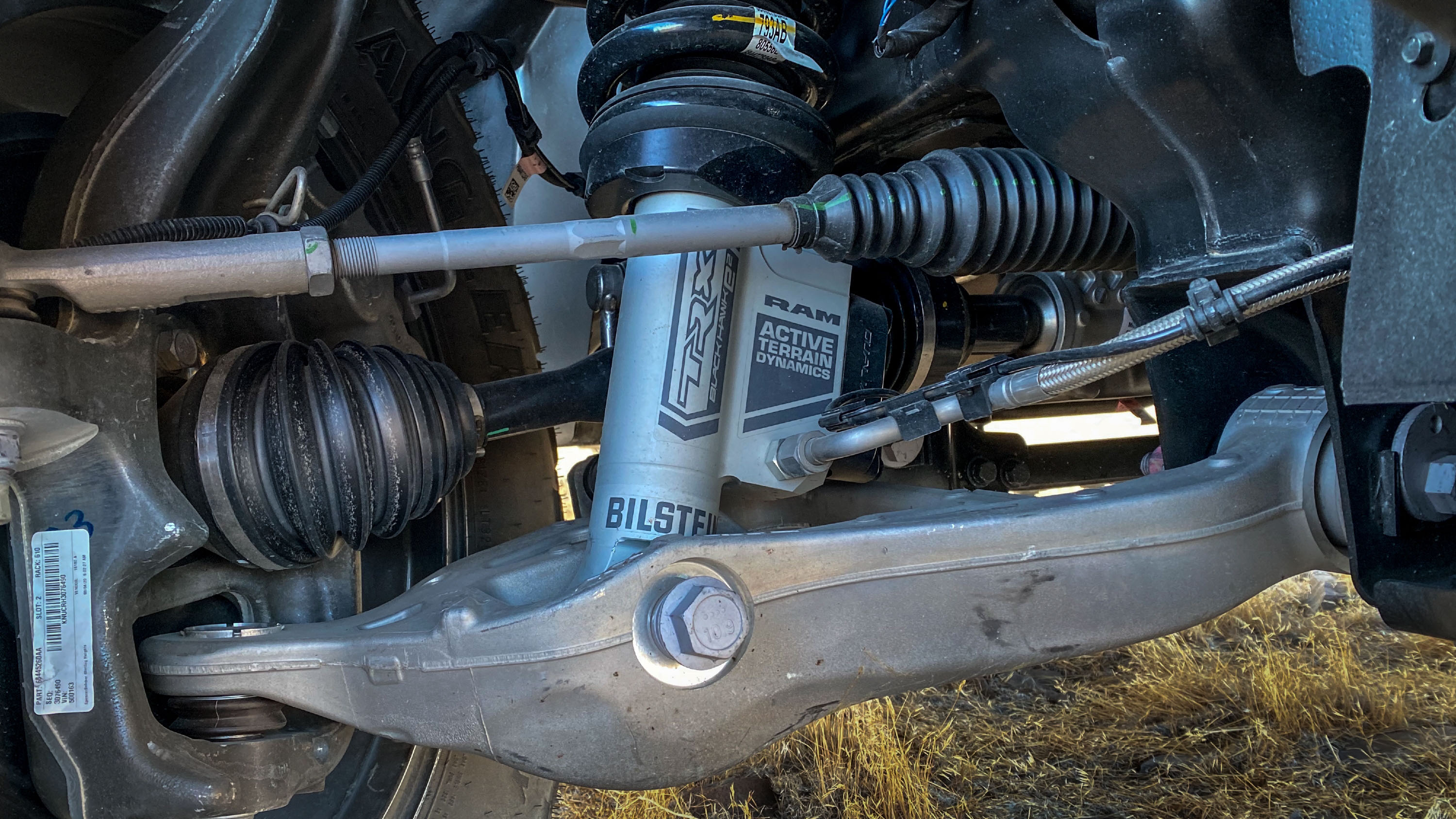 Instant supercharged V8 power and torque; superb chassis on and off road

If you were being lazy you could describe the TRX as an off-road version of the Dodge Demon, and you would be nearly right. Both have four seats, a shrieking 6.2-litre supercharged hemi V8 and launch control. But the big difference is, while the Demon can pop small wheelies on a prepped surface, the TRX can actually fly…

It might seem like it’s taken an age for this Raptor killer – and let’s not mess about, that’s what the TRX is – to emerge but it takes a while to get something this good this right. Four years to be precise. The process started in 2016 with the Ram Rebel TRX concept truck and has been going on over roads rough and smooth ever since.

Now, after being the subject of more spy photos and rumours than Hunter Biden, here it is in its final production form. It being the operative word as there is only going to be one model of TRX – no short wheelbase, two-regular-and-two-suicide-door-version like the Raptor – just this full four-door crew cab model.

Engine options are similarly singular: instead of one of the regular 5.7-litre V8 hemis – or the diesel and V6 option available lower down the range – the TRX is fitted with a 702bhp Hellcrate motor. This supercharged V8 is pulled directly from the MOPAR parts catalogue, where it costs in excess of $18k, so remember that when we get to the pricing.

The chassis has had more strengthening than most bridges added to it, to give it a chance of absorbing the type of hooligan behaviour which happens when you have a Hellcrate engine up front. Stripped of its bodywork it looks almost race truck-like rather than a production model. Not least because of the huge, remote-reservoir, active damping shocks on each corner.

These 2.5-inch wide Bilstein Black Hawk e2 adaptive performance units, to give them their full name, do not mess about. Having the sensitivity to react to loads from around 10kg up to one tonne separately at each wheel, they absorb major corrugations and soaring jumps off-road yet retain enough detail and finesse to make the truck handle and ride superbly on the road.

All of the above, wrapped up in the eight-inch wider body, is enough to have any red-blooded truck fan reaching for the keys. But that’s not the end of it. Before you think that this is a stripped out, tuned version of a base truck, think again. Get into the cabin and it’s got every single luxury and tech feature you could imagine. And then a few more besides.

So the TRX sounds like the complete package – the power and grunt of a bull elephant, the grip of a bucket of glue and the comfort of a high-end limo. Plus it can carry half a ton of anything, rock crawl up a cliff face and tow more than its own weight. Plus it flies – what more could you want?

“The TRX is the new apex predator of the truck world”

The TRX needed to be great to displace the Ford Raptor from its perch as king of the off-road trucks, and it is. But it’s still a surprise just how much better it is. The Raptor’s move to a V6 engine really left a hole in the market for a proper V8 off-road truck, a hole that the TRX now fills to the brim and beyond. It’s everything the original V8 Raptor wanted to be, but wasn’t.

And that’s only to be expected with the Ram team having several years to perfect the TRX against the Ford. It’s also substantially more than the Raptor, starting at a smidge over $71k compared with $55k. But then you have to remember that the Hellcrate engine alone is worth $18k, so add that in and all the trick suspension – the Raptor’s is great, too, but the TRX feels the most plush and strong – and it starts to look more even in value terms.

It’s one of the worst-kept secrets in Detroit that Ford is preparing a V8-engined super Raptor, the off-road cousin of the Ford GT, if you will. But that’s apparently still a year or more out from now. So the TRX is the top of the heap for now, the apex predator of trucks. Let’s all just enjoy that for the moment. I know we will.