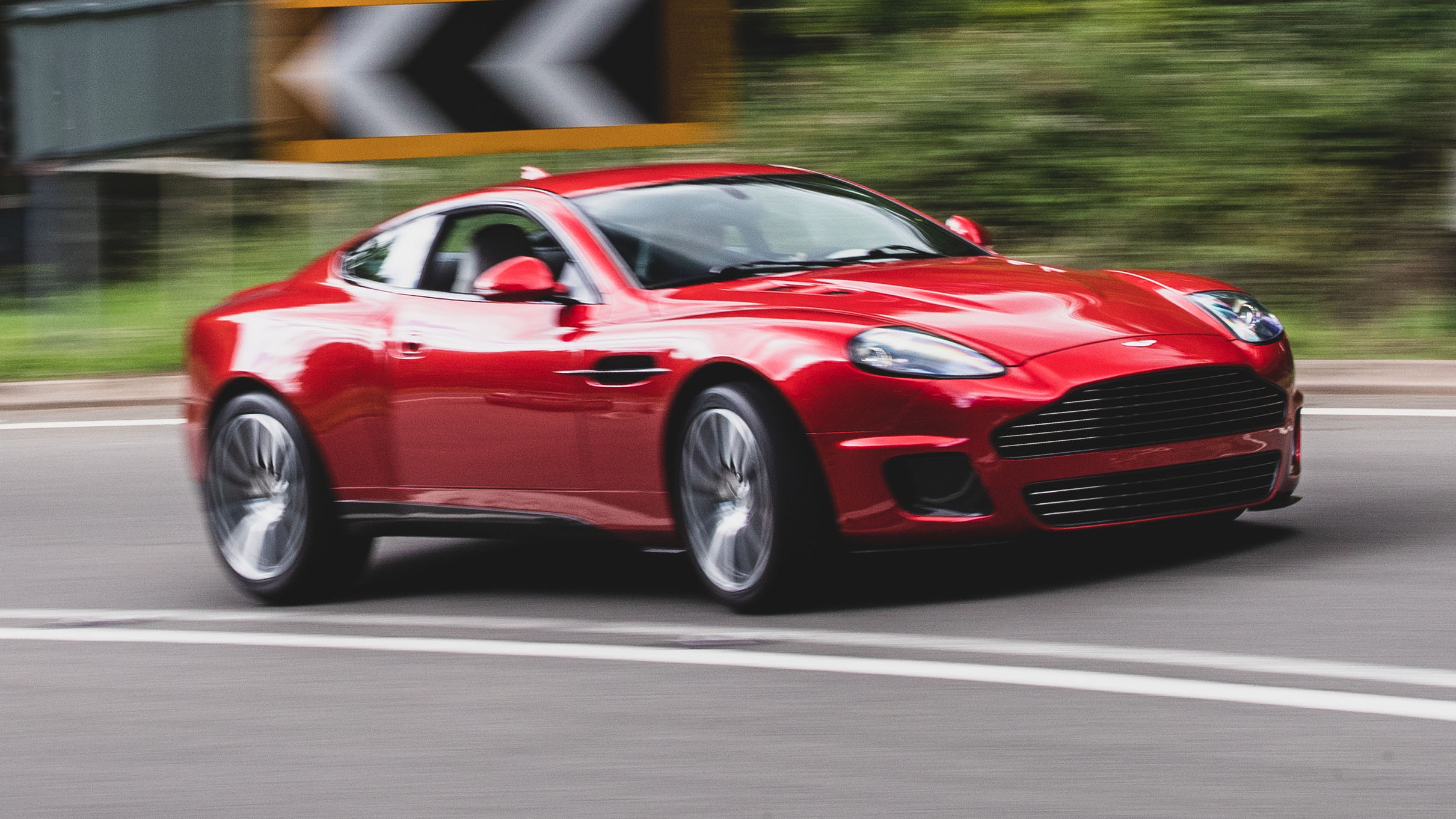 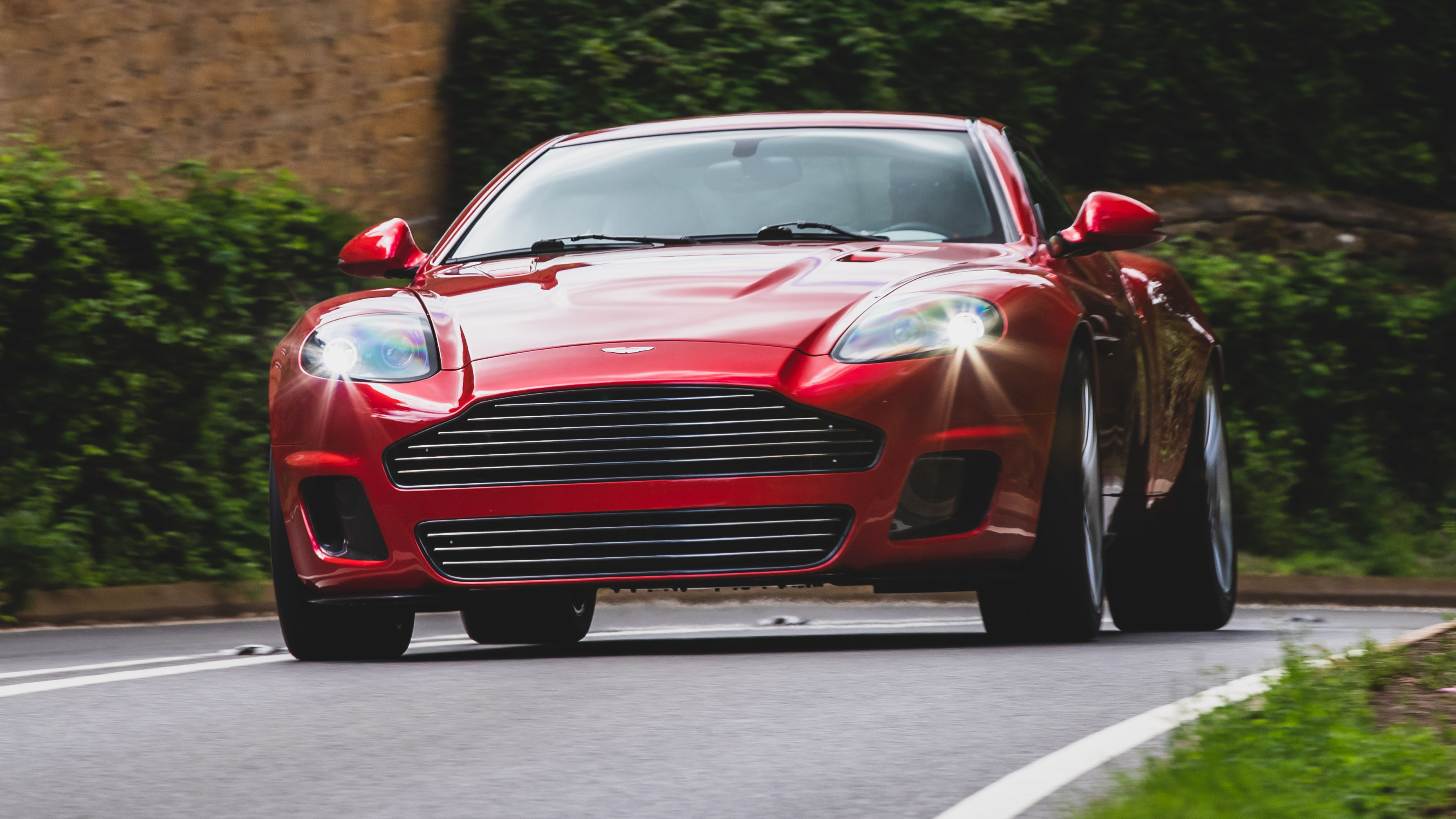 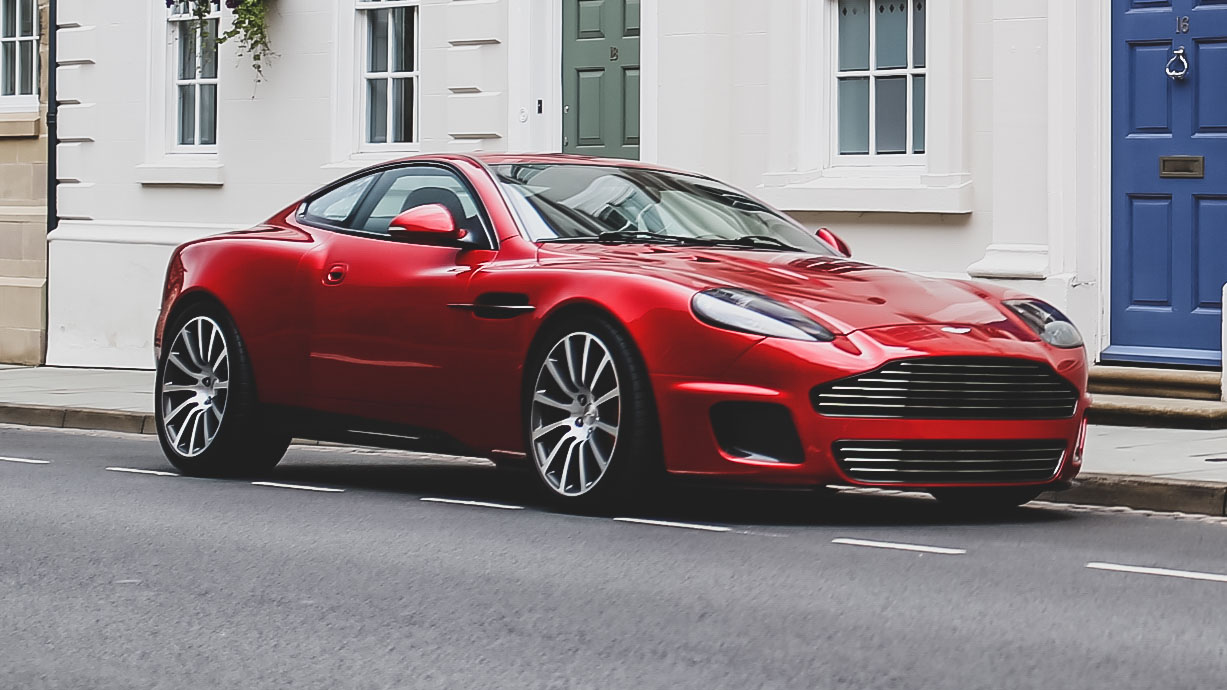 The remastered Vanquish. Does the world really need this?

Good question, leading to an analogy. If you’re a music fan you’re probably aware of the work Giles Martin has done in the past few years on The Beatles’ back catalogue. You might have thought that the White Album or Abbey Road needed precisely zero doing to them by way of remastering or polishing, perhaps even that it’s sacrilegious to start messing with a masterpiece. But if you’ve heard them you might well change your tune. Ian Callum – erstwhile Jaguar design director and former Aston man, amongst others – felt there was unfinished business when it came to arguably his finest work, the Aston Martin Vanquish, so he’s gone back to the source and taught the band some new tunes. This isn’t just tinkering with the visuals, though, it’s about unlocking the potential that the original might have, erm, glossed over in the rush to market. Not really a Singer-style ultra-homage, then.

"It’s rare that a designer has the chance to re-tell the story of one of their own cars," Callum explains. "I’ve wanted to do that for some time. Materials and technologies have advanced, allowing us to introduce these along with new ideas that weren’t feasible when the car was launched."

OK, cut to the chase: how does it feel on the road?

The team behind the car asserts there are 350-plus alterations, and the difference is immediately palpable. Some of the changes are simple but remarkably effective: the steering wheel rim is thinner and therefore better at telegraphing what’s happening on the road. You also sit lower, so where it always felt like you were perched on top of the Vanquish, now you’re properly in it. It’s always been and remains a comparatively heavy car – 1,810kg, down from 1,875kg – but now it controls its mass much more effectively.

It’s a 20-year old and defiantly analogue supercar, so we’re not talking miracles here: it’s categorically not the sort of machine you fling down an undulating, unpredictable B-road with impunity. But it is easier and much more satisfying to drive quickly, and turns in with a much greater sense of commitment. I’ve always enjoyed the Vanquish, but it’s a car with a lengthy list of foibles you learned how to drive round. Now you can just focus on the driving and leave the foibles to their own devices.

Not just a cosmetic makeover, then.

Absolutely not. Under the watchful eye of ex-Aston Martin, ex-Noble chassis wizard Adam Donfrancesco, 20,000 miles of testing in the UK and at Michelin’s Ladoux test facility have given the Vanquish enhanced poise and driveability. Most of the work has been done on the suspension. The dampers’ rebound and compression characteristics are much improved, new bushes mean better isolation, and there are stiffer anti roll bars. The Callum Vanquish 25 also sits 10mm lower and its track has been widened by 50mm at the front, 33mm at the rear. Michelin Pilot Sport rubber obviously helps, too. Back in the day, the car’s lazy traction control – empires have risen and fallen in the time it took to intervene – caught out more than a few road testers (ie: they were parked in the hedge before it did its thing). On this version, you can lean much more resolutely on the car’s chassis and mechanical grip without worrying about approaching greenery. In the dry, at least. "Michelin’s cutting edge tyre technology gives us a step-change in all-round performance," Donfrancesco says. "Our focus was to create a supple and comfortable ride that’s responsive and a chassis that is supportive but not harsh. With stiffer anti-roll bars, tuned dampers, custom springs and lower ride height, we’ve increased steering response and reduced roll but crucially allowed the damping to ‘breathe’ a little more. The car now actually feels lighter and more alive."

Noise? That V12’s a modern classic.

For sure. In fact, it’s even better. And it’s also worth looking at. The 25’s engine bay has been finished with extra carbon and leather, and you’ll be able to spot its new carbon fibre induction, new cams, and a bespoke free-flowing exhaust system with equal length stainless steel primaries. The result is the sort of cultured yowl that otherwise great modern turbo units can’t summon up. It’s the sort of noise that makes you want to rent or buy a house close to a long tunnel. The changes also mean that the Vanquish’s 5.9-litre engine is now good for 580bhp – up from the standard car’s 520bhp – with an extra slug of torque: an additional 51lb ft, bolstering the original’s 400lb ft-plus figure (Aston was usually conservative when it came to confirming torque numbers).

What about brakes and transmission? They were never that great, were they…

The Vanquish’s brakes have been uprated, with 398mm and 360mm ceramic discs front and rear and race spec hubs. All good. Don’t expect the original’s automated manual to have miraculously developed dual-clutch seamlessness. In any case, drive it like a regular manual and it’s nowhere near as tardy as received wisdom has it. If you insist, a regular torque converter ’box can be fitted. Or you can have the manual ’box that was fitted to the car we drove, which was fun but a reminder that, for all that old folks go on about the delightful analogue nature of changing gear oneself, it’s not the most efficient way of going about it.

It looks the same… but different.

Most notable among the exterior amendments is the re-profiled front end with a new carbon fibre bumper and high intensity LED head-lights. The rear also gets a new bumper and tail-light treatment, with a bespoke rear diffuser and exhaust box. There are also new carbon fibre side strakes, bespoke door mirrors replace the original’s off-the-shelf items, one-piece carbon fibre window surrounds, new sills, and an aluminium/carbon fuel filler. It looks tighter, punchier, and more contemporary. Meanwhile, the clenched fist element that defines the Vanquish’s rear wing volume is one of the best design features on any car, ever. Needless to say, you can order the Vanquish 25 in any colour you like (although Mr Callum will assuredly appear like the shopkeeper in Seventies kids show Mr Benn to steer you in a brand-appropriate direction).

The interior is probably what most dates the original Vanquish, hampered as it was by its bulky donor HVAC system and cliff-shaped centre console, Ford parts-bin switchgear, and that sub-optimal driving position. These issues have all been addressed, although there’s a limit to what can be achieved. The dash is fashioned from carbon fibre, the console houses an eight-inch display that runs Apple CarPlay or Android Auto, and the seats are slimmer. Callum has also worked with leather specialist Bridge of Weir to develop a new signature tartan, and the original’s +2 seating has been junked. Creative partner Mulberry has created bespoke luggage for the 25 to fill the gap. British horologists Bremont have designed the instrument cluster, and a detachable mechanical pocket watch that sits on top of the centre console. I took it off to have a play and couldn’t get it back into its cradle. (There was also an issue with the redesigned interior door lever, but we’ll put that down to the car’s prototype status.)

Is it worth the money?

Well, it’s not cheap. We’re talking £450,000 (plus local taxes), including a ‘donor’ car. Callum is working with a company called R-Reforged to realise the Vanquish 25; it’s a Swiss-based company that encompasses a race team, is affiliated with the country’s Aston Martin dealer, but which also specialises in low-volume specials (it also has the capability to take the track-only continuation lightweight Jaguar E-Type and Aston DB4 GT and make them road-legal). It’ll be the real deal, all right. Only 25 are planned, and the Aston Martin world is full of very well-heeled completists. As it stands, the Callum Vanquish 25 is an intriguing personal statement from one of the car world’s greatest designers. And it goes round corners properly now, too.