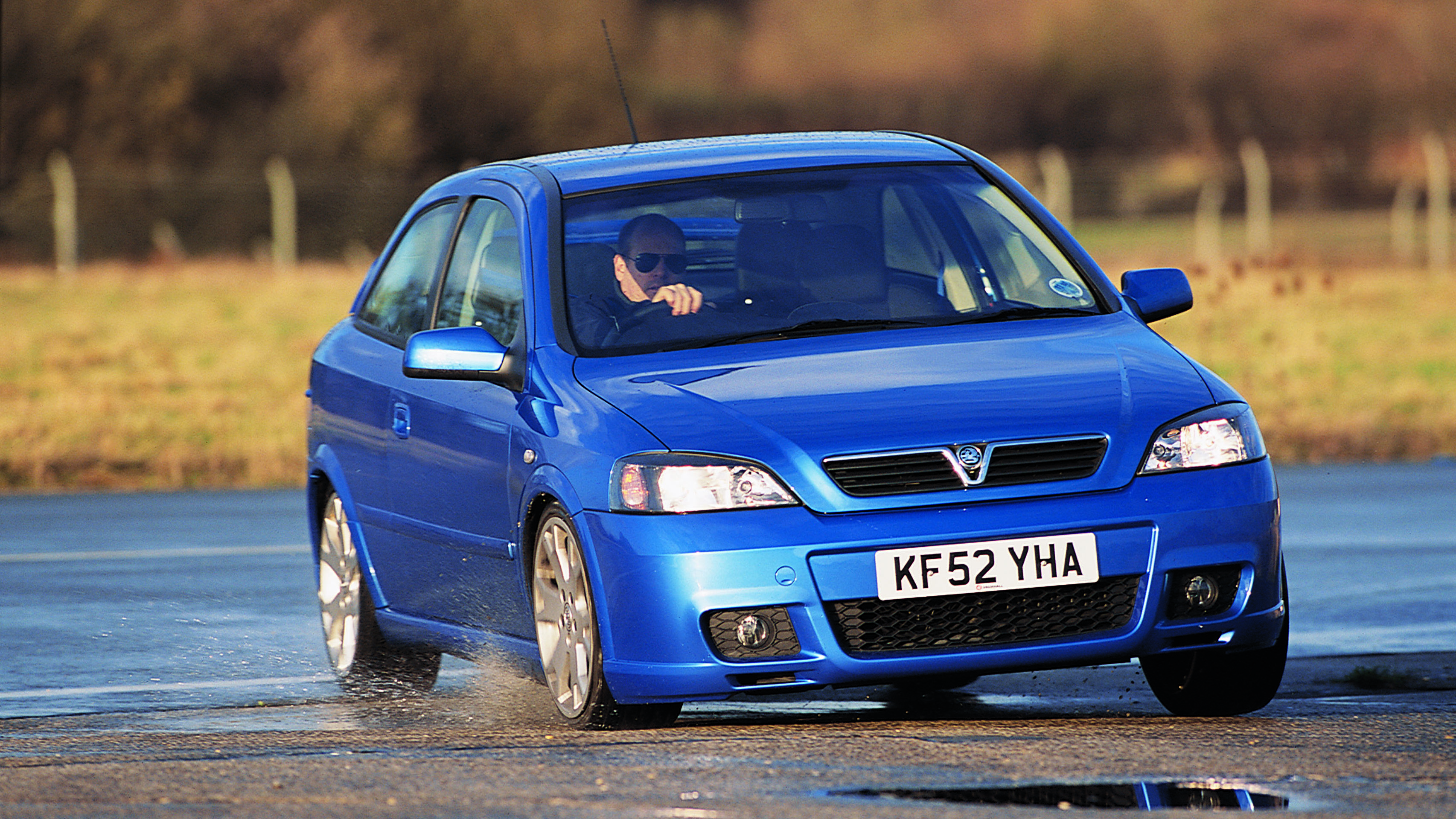 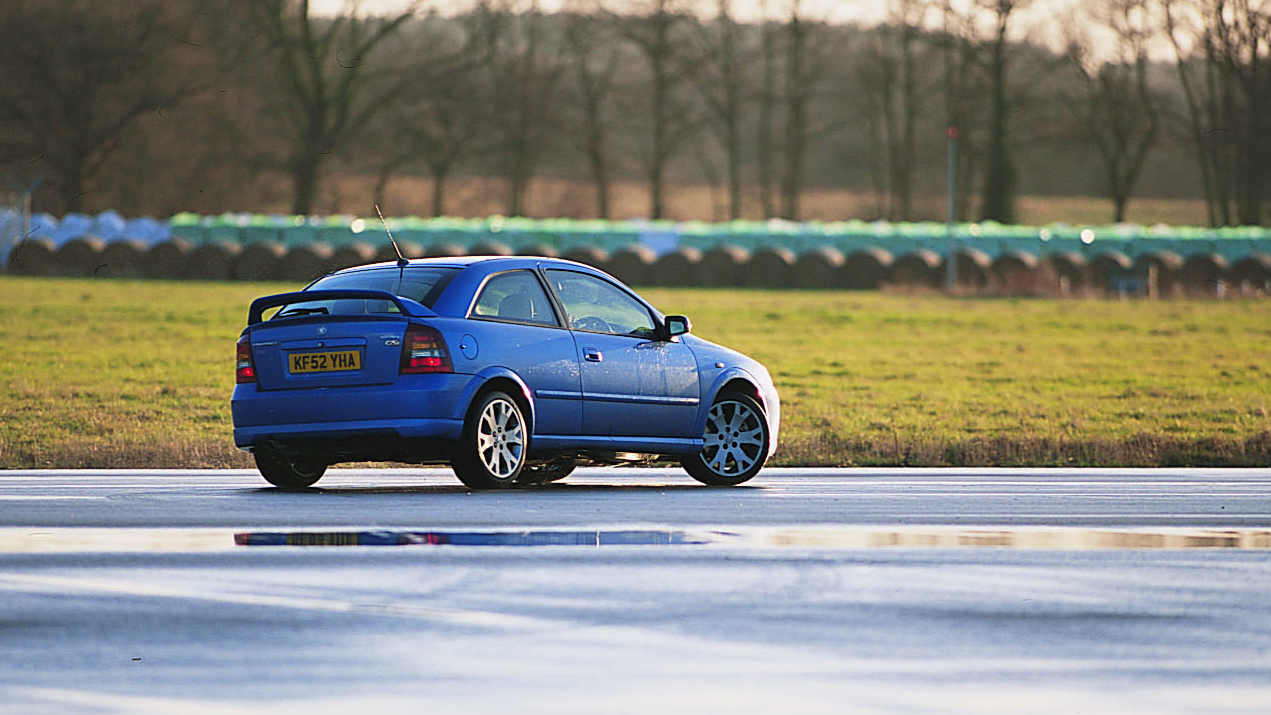 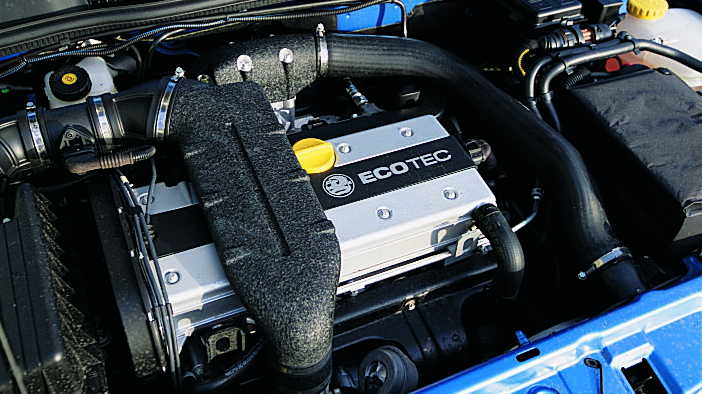 Whenever Will Young or Darius come on the radio, a chill takes over the cabin. Perhaps this Astra GSi is also left cold by third-rate karaoke singers. Or perhaps it’s because the aircon control is directly under the stereo’s volume knob. So as I attempt to turn down the fey warblings, I end up turning down the temperature instead.

It’s an easy mistake to make, just as it’s easy to feel so connected to the Astra GSi. The initial contact comes from the steering. It’s quick to turn into corners and you think you can feel every square centimetre of the front tyres’ footprints and every last bit of grip.

And this car can grip. There’s loads of it. So much that when it finally runs out, I really don’t want to be there. Not that there won’t be plenty of seat-of-the-pants warning from the chassis and, in truth, its grip isn’t an all-or-nothing affair. The front end will go first, sailing gently into understeer. The GSi also has switchable traction control, should you not be inclined to ease off the throttle.

Does all this mean that the GSi has a stiff, harsh ride? Well, it’s not soft, and the sticky lowish-profile 215/40 tyres aren’t so good at soaking up the bumps. But anyone who found the Honda Civic Type-R’s ride too harsh will prefer this one. The dampers are sophisticated enough to find the right side of sporty without being on the wrong side of your temper when encountering city potholes. 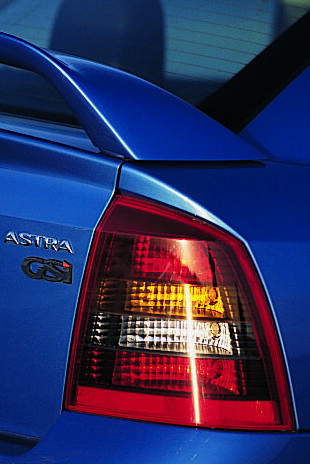 This is no fluke. Engineers from the Opel Performance Centre in Germany have spent many an hour at the legendary Nürburgring circuit fine-tuning this and developing that. The result is a chassis so far removed from the fairly warm Astra SRi that it feels like a totally different car. And a much better one.

Another way that the GSi feels empathic is that its engine seems to sense my (occasional) impatience and tries to get a move on. The two-litre turbocharged four-potter develops 197bhp at 5,600rpm and 184lb ft of torque between 1,950 and 5,600 revs.

There’s just a bit of turbo lag, but that doesn’t hold the car back from hitting 60mph in 7.0 seconds dead. That’s six-tenths of a second slower than a Ford Focus RS, but its top speed of 150mph is 6mph quicker than the Focus. But the RS is on another level in the hot hatch world. Think more along Focus ST170 lines and you’ll get a fairer comparison. That Ford hits 60mph in 8.4 seconds and maxes at 133mph.

In normal driving situations, the two-litre engine feels quick, responsive and fairly muscular. It’s just a five-speed manual transmission that the engine’s coupled up to, but it slots into its ratios well enough once warmed up. If I owned this car, mind, I might invest in a pair of driving gloves, as the aluminium gearknob is freezing cold on a winter’s morning. Luckily, the brakes are less fussy than me – they feel strong and dependable.

The GSi looks the part as a hot hatch. It sits 20mm lower than standard on smart, wheel-arch-filling ‘snowflake’ design wheels. The big front spoiler does the job and the rear wing at least gives the right impression.

The view from the half-leather Recaro sports seats is hardly picture-postcard stuff. There’s been a bit of effort to cheer up the Astra’s dull dash and the seat belts are a bright colour-coded hue, but it’s still no silk purse. Even the chrome-ringed white dials look about as special as a canteen clock.

Although the seats have the right amount of comfort and support, whenever you flip them forward to get access to the back (this model’s a three-door), they don’t return to the same place. Why not? Vauxhall, that’s so annoying. 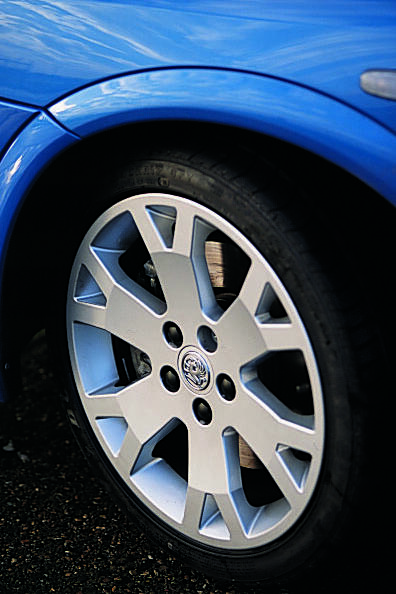 Some road rumble makes its way through to the cabin, but it’s still more tuneful than some cars I could mention and it’s still quieter than the Civic Type-R. So, for long journeys, the more comfy Astra would be my choice.

The GSi is one the most interesting badges in Vauxhall’s canon, but this Astra ultimately lacks the dynamism of the ST170, the balance and feel of chassis and the sharpness of steering. But then, the Focus is slower, being 25bhp shy. Balance that with the ST170’s price tag of £15,995, £500 less than the Astra.

The Civic Type-R also feels lighter and tighter. Ah ha, you say, the Type-R has an identical 197bhp and lists at £15,995. Ah ha, I say back, if you want aircon, that’ll be a £1,200 option on the Honda, whereas it’s standard in the £16,495 GSi. Plus, there’s a trip computer and a radio/CD player that sounds way better than Honda’s tinny thing.

As we’re discussing aircon and music again, I finally get myself into the habit of using the steering wheel-mounted stereo controls. So, all together now: ‘Don’t let me d...’